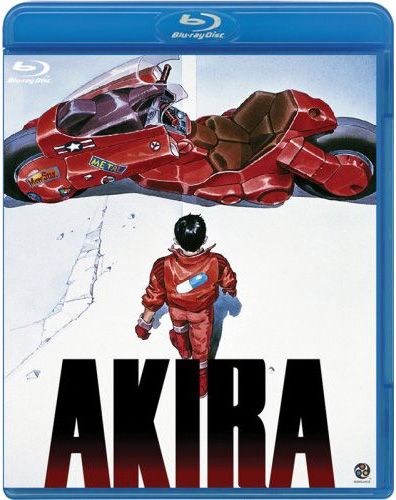 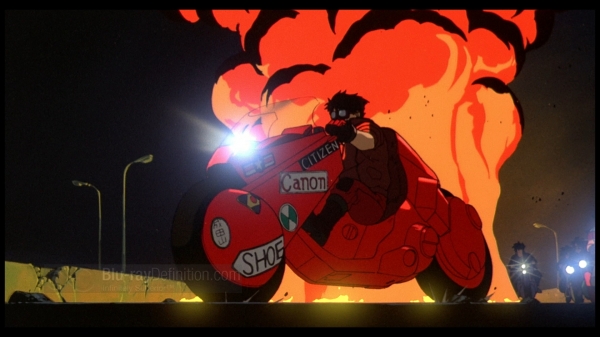 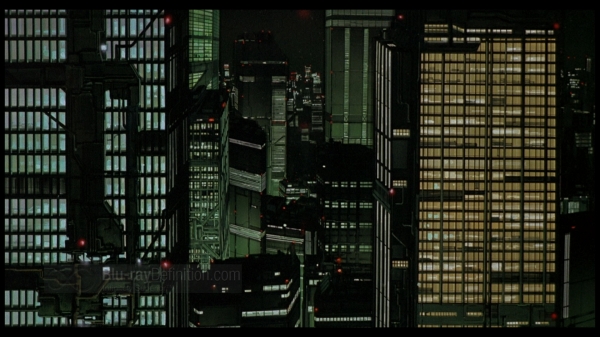 Akira’s original 1.85:1 framing arrives on Blu-ray from Bandai/Honneamise in an AVC/MPEG-4 1080p/24 high definition encodement. For an anime film 21-years of age, Akira looks pretty good in high definition. It doesn’t look spectacular in the way that Disney’s animated restorations look when given the “Blu” treatment but, in comparison to some other catalogue anime releases on Blu-ray, Akira is a solid presentation. The original cels show some obvious wear in places and black levels fluctuate from deep and inky at times to washed out with high levels of noise, but the level of overall detail in the transfer is strong, colors are bold and the line art is distinct. Akira certainly looks much better now than it ever has, and this Blu-ray is superior to any DVD release that is available. 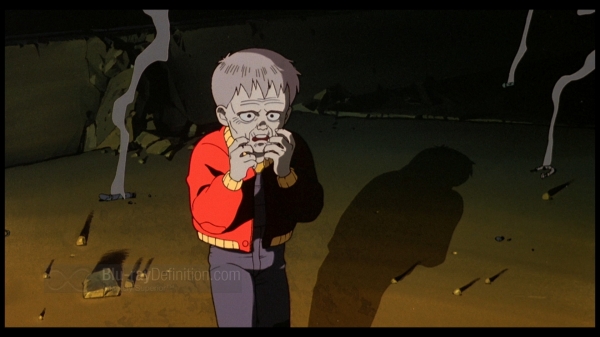 Akira is the first Blu-ray film to be released with a 192Khz/24-bit lossless soundtrack (there have been music-only Blu-ray Audio discs from 2L previously released with 192Khz/24-bit LPCM and lossless 5.1 mixes) and as such it will probably be held up as a reference for a long time to come. It’s a good thing too, because Akira’s Japanese Dolby TrueHD 5.1 soundtrack is an amazing thing to listen to. What Bandai has dubbed “hypersonic” sound, is a relentless balance of sound design fully utilizing the entire 360-degree soundfield and filling it up with discrete effects, tons of ambience and an extremely wide dynamic range. Low frequency extension is quite impressive, with every explosion resounding with great effect and Kaneda’s iconic motorcycle engine — actually a composite of a 1929 Harley-Davidson motorcycle and a jet engine — roars with authority. Even the film’s score gets the aggressive treatment, with instrumentation being placed around the room. Occasionally the sound effects can drown out the dialogue in some of the more aggressive scenes, but the mix is still strong overall.

There is also an English TrueHD 5.1 dubbed option available, but as any true anime fan knows, it’s always best to stick to the original language track. It’s just as well in this case anyway, as the English track comes in a dumbed-down 48Khz/16-bit resolution that isn’t quite as engaging as the “hypersonic” Japanese mix. 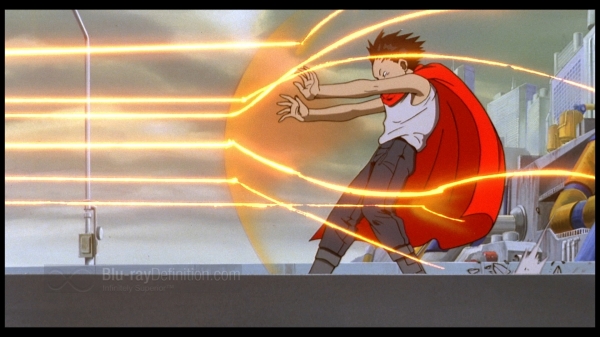 Supplements are weak on this monumental Blu-ray release, consisting merely of trailers, teasers, TV spots and storyboard sketches, which are, thankfully, all provided in HD, but it’s still too little. 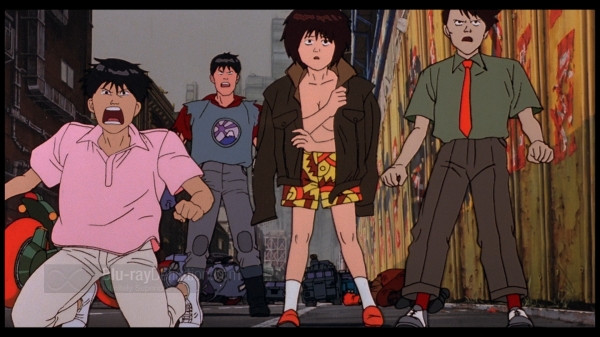 Akira set the stage for the second renaissance of anime in the west, helping to influence many filmmakers in the process. The high definition transfer from Bandai is not absolute reference for animated releases, but it is one of the stronger-looking catalogue anime titles that have been released to date. Of course, the exceptional 192Khz/24-bit 5.1 Dolby TrueHD soundtrack makes this one even more worthy of an absolute recommendation.