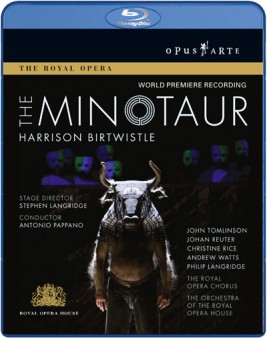 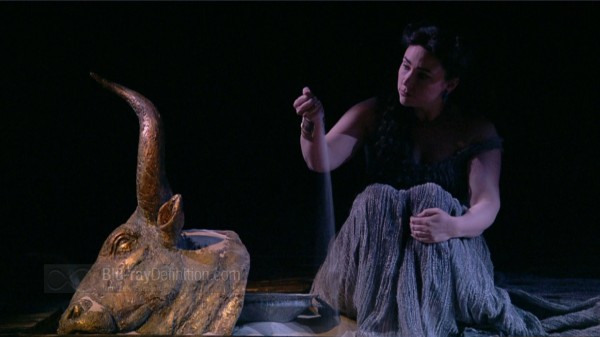 I first became aware of the contemporary composer Harrison Birtwistle in 1995 after picking up a CD of his music on the classical label Deutsche Grammophon entitled, Secret Theatre, performed by the Ensemble Intercontemporain conducted by Pierre Boulez. In addition to the now somewhat famous title piece, the CD also contained Tragædia, Five Distances for Five Instruments, and Three Settings of Celan for Soprano and Five Instruments.

I was immediately stricken by the sharp, dramatic style of Birtwistle — groups of sound resonating in clean and concise patterns; it was like Schöenberg, Stravinsky, and Messiaen had blended into one. His music was nearly impossible to categorize, but yet it was something familiar, and definitely modern.

The Minotaur is the culmination of Birtwistle’s style, which has been evolving for many years, in both his operatic works and his vast catalogue of strictly orchestral works. From 1964’s Tragædia, which would go on to serve as content in Birtwistle’s very first opera, the violent Punch and Judy, to the present, Birtwistle’s more overt musical mannerisms have been toned down, in a manner of speaking, and he has become more precise in his musical language.

With his librettist David Harsnet, Birtwistle tackles the Greek mythological figure of the man-beast, the Minotaur, son of the sea god Poseidon and sentenced to live at the center of the labyrinth on the isle of Crete where he is served up Innocents from Athens once a year to pay a debt.

Starting off with a haunting line by Ariadne (Mezzo-Soprano Christine Rice), half-brother to the Minotaur, “the moon’s an eye that cannot blink,” Birtwistle’s The Minotaur is a dark and visceral account of the myth. Ariadne must convince the hero Theseus (Johan Reuter) to take her away to Athens after he slays the Minotaur (John Tomlinson) and her seduction of him takes up a good portion of the opera, although Theseus remains quite ambivalent throughout.  The eponymous character, Asterios/The Minotaur, does not take over the opera until nearly the end.

There are brutal moments, where the Minotaur is sent his Innocents, his utterances unintelligible, as he fatally wounds and rapes one, and slays the others. Only when he dreams does he become in touch with his human half and gain the power of speech — that is until the end, when Theseus enters the arena to slay him, and near death the Minotaur finally gains the ability to speak.

Christine Rice, who dominates this opera, sings beautifully, but the ending, “The Death of the Minotaur,” is so moving. John Tomlinson’s performance, with his words still stuttered as if struggling for speech is poignant, made all the more exceptional by the excellent orchestral performance from the Orchestra of the Royal Opera House under the baton of Antonio Pappano. 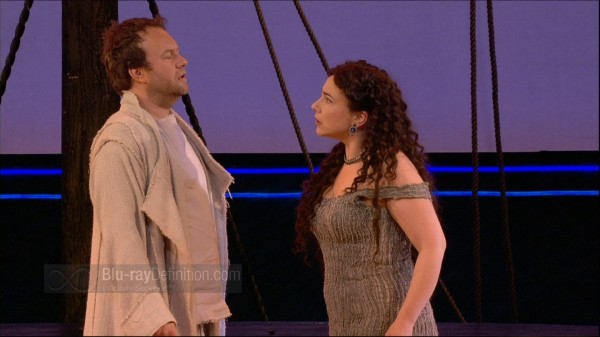 The 1080i/60 AVC/MPEG-4 encoding of The Minotaur, originally captured in high definition, is a solid transfer. The sparse set is rendered cleanly, flesh tones are natural, video noise is minimal, black backgrounds are stable and contrast is strong without clipping. There are no visible compression artifacts or motion artifacts of note, although detail sometimes softens in darker scenes. 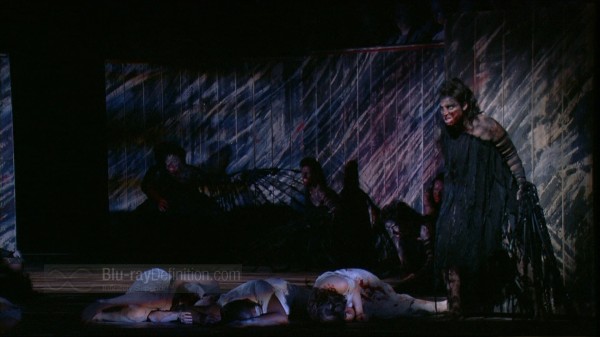 The Minotaur comes with two excellent audio mixes, a DTS-HD Master Audio 5.0 and a PCM 2.0 mix, both sung in English. The 5.0 mix offers an excellently balanced and clean sound with a lifelike presentation, clear instrumental separation across the front channels, clean vocals, and deep, but not boomy, low frequencies that grant weight to the percussion. The strings sound smooth and brass is sharp without being agitating. The ambience in the surround channels isn’t overdone, but it is audible enough to sound large and realistic.

The stereo mix maintains a similar balance and instrumental separation, with a slightly smaller sense of three-dimensionality. Vocals are just as clean balanced in the mix. My preference is for the 5.0 mix, but either one will offer a fine bit of entertainment. 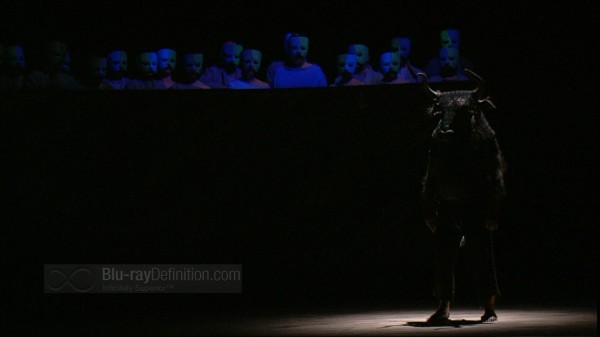 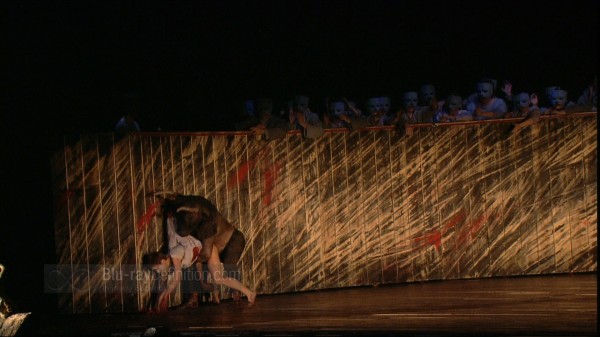 A poignant opera that brings this myth to the new age, Harrison Birtwistle’s The Minotaur is a dark and powerful musical drama that shall live on for centuries. 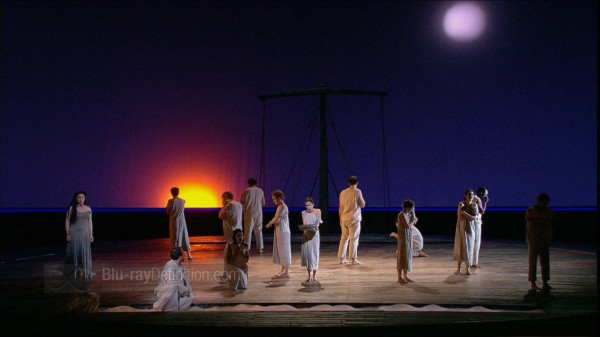 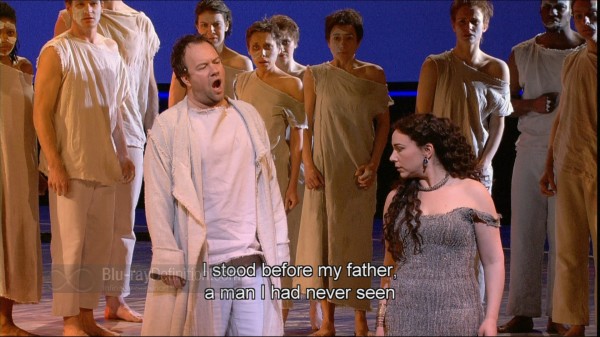 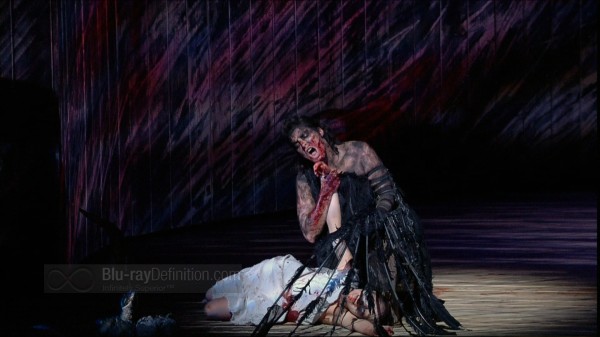 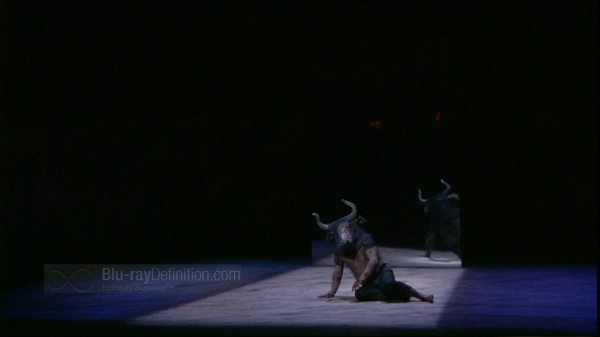 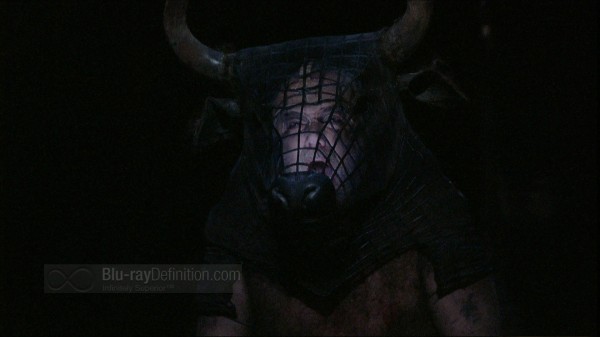 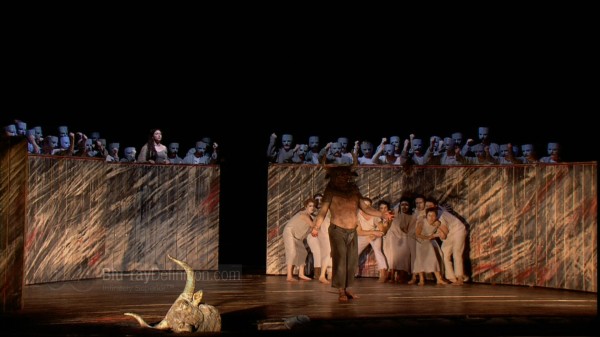 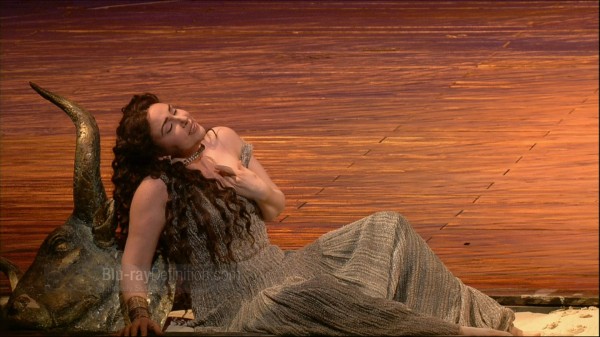 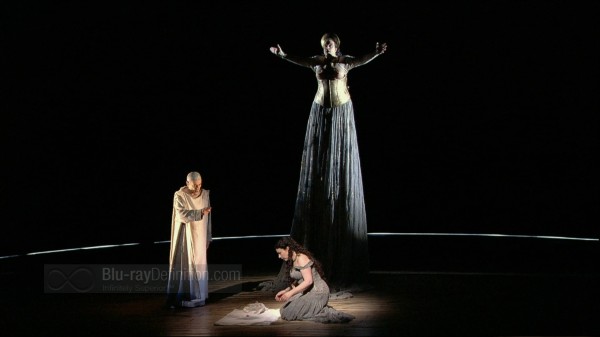 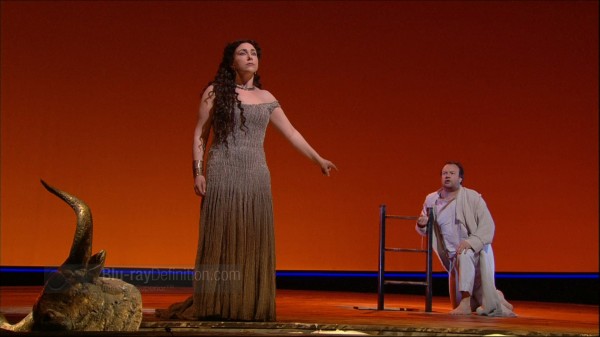