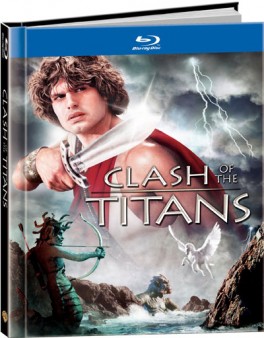 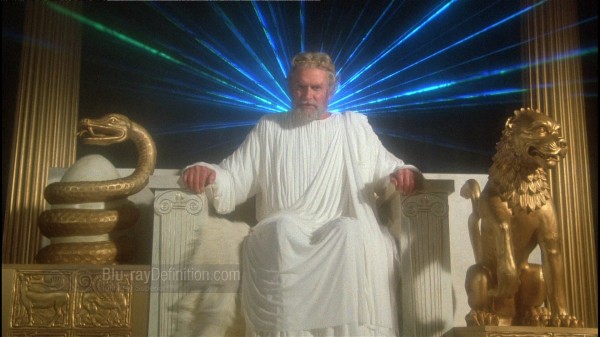 This Desmond Davis directed fantasy on Greek myth and legend is really nothing more than a showcase for the stop-motion animation talents of the legendary Ray Harryhausen, as is the film’s thin story.

The demigod Perseus (Harry Hamlin), sired by Zeus (Laurence Olivier) with a mortal woman) has his fate played with by the gods, as the jealous and vindictive Thetis (Maggie Smith) seeks vengeance on those who surround him in retribution for Zeuss’ punishment of her son, the demigod Calibos (Neil McCarthy).

Reminiscent of the earlier Harryhausen film, The 7th Voyage of Sinbad, in Clash of the Titans, Perseus must head out on a dangerous journey of adventure, battling many fantastical beasts in order to save the life of his beloved princess and wife to be, the beautiful Andromeda (Judi Bowker), from her fate of being turned over to the terrible sea creature, the titan Kraken.  but not without the help of magical gifts from the gods: a powerful sword that can cut through marble, a helmet that can render one invisible, a mighty shield, and a winged horse named Pegasus, the last of his kind.

Harryhausen’s special effects wizardry, so rudimentary by today’s standards, was in top form for this 1981 film and it lends a bit of nostalgic weight to the slow moving adventure. The acting, helmed by a cast of heavyweights, is way better than expected for what is essentially a glorified B-movie. Laurence Olivier is marvelous as Zeus, Maggie Smith plays an absolutely perfect Thetis, and Burgess Meredith is a much needed and wonderful support as Ammon, a sort of tutor and companion to Harry Hamlin’s rather shallow Perseus. I definitely suggest anyone even considering going to see the remake of this coming out in a few weeks watch this one first. 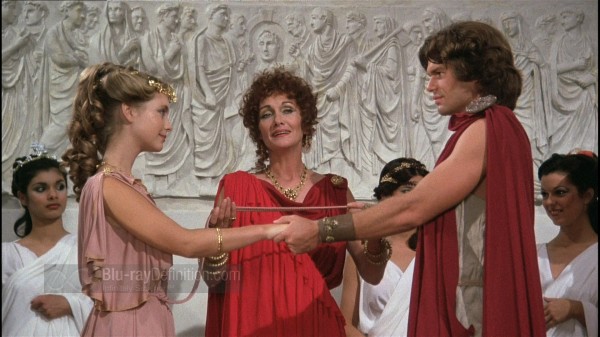 The 1.78:1 VC-1 encoding of Clash of the Titans looks film-like, to be sure, but the picture is rather inconsistent. One must make exception, first of all, for the methods that were used to create the sorts of special effects that were used. Whenever the stop-motion effects come on screen, the double print becomes readily apparent, swarming in grain and color shifts occur. That is not really the issue here, however. Clash of the Titans could have been touched up a bit more. It is certainly detailed enough to expose some of the special effects, such as the wires on Perseus’ golden owl, however there are an equal amount of areas where scratches and dirt are apparent in the frames. Also, in some darker areas, graininess becomes harsher, pushing the boundaries of video noise. 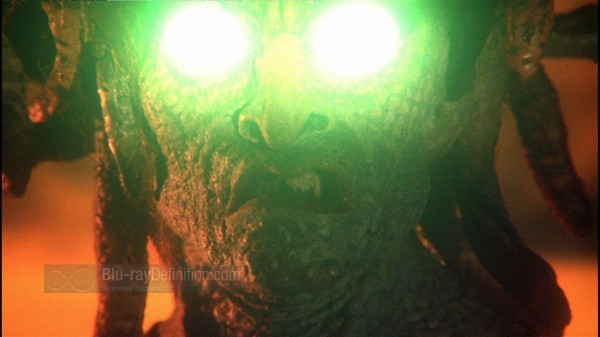 The English DTS-HD Master Audio 2.0 mix is average for this sort of film. There is wide separation across the two channels for the score, dialogue is intelligible, though a bit thin. There is not much in the way of low frequencies and the mid range is even a bit hollow. Otherwise, the sound is decent for its time. 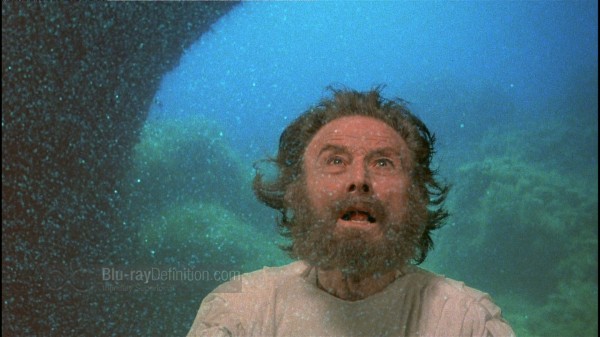 There’s not much actually provided on the disc itself outside of two featurettes with Ray Harryhausen himself discussing his work on the film, which proves to be very interesting indeed. 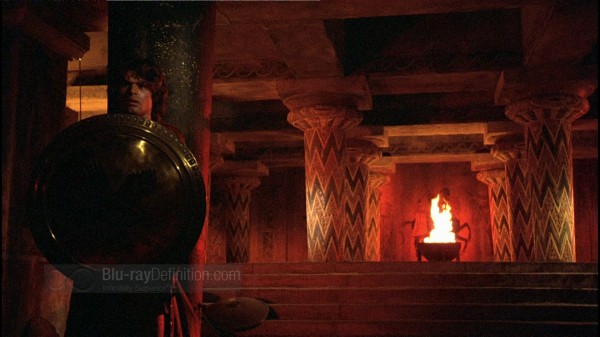 Here’s to the old days, when fantasy and adventure films sought to tell stories rather than bludgeoning us over the heads with a constant barrage of action and special effects every five minutes at the sacrifice of any sort of coherent story. Clash of the Titans is old school to the core, and we can all learn a lesson or two from it. Despite some flaws, this Blu-ray Book would make a great addition to any collection or coffee table. 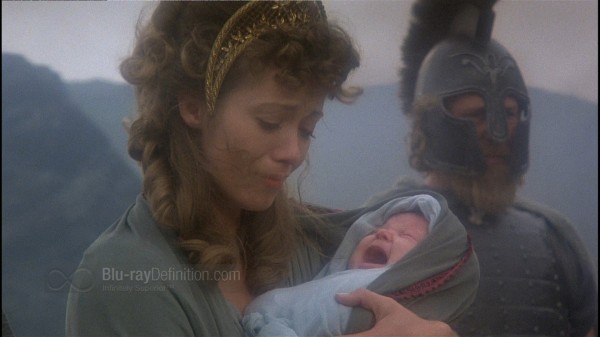 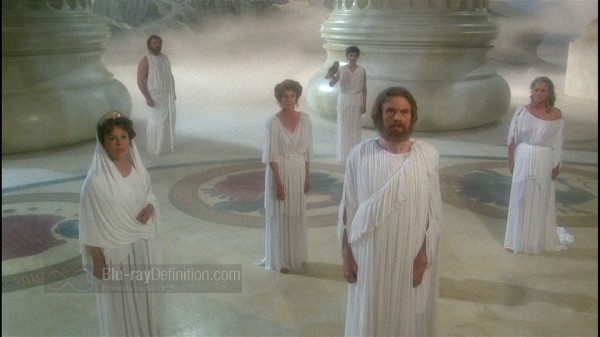 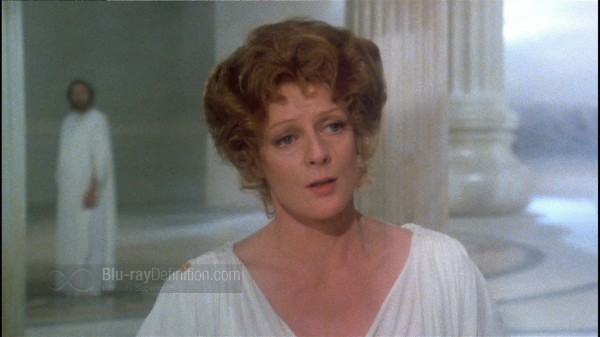 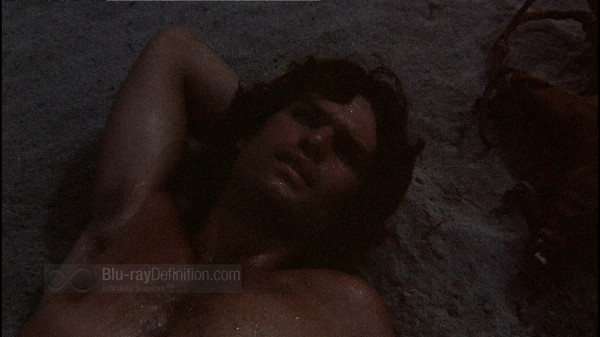 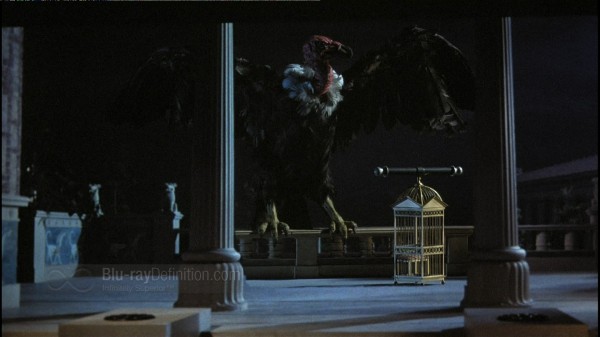 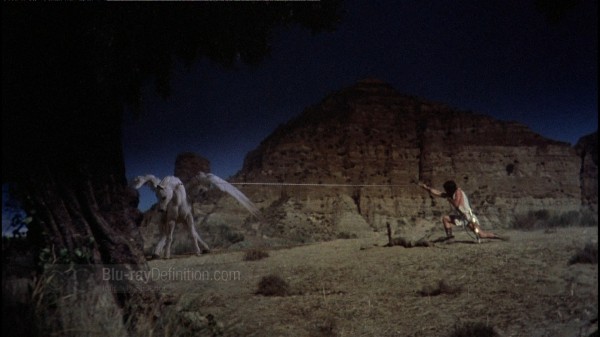 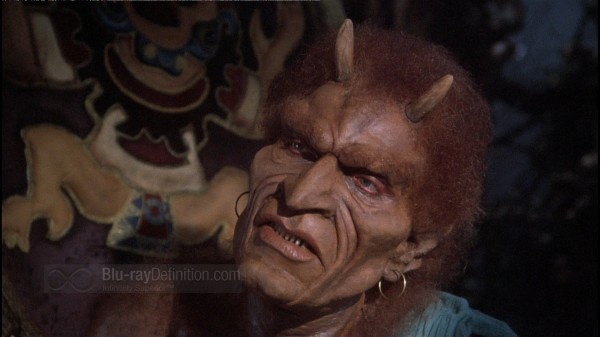 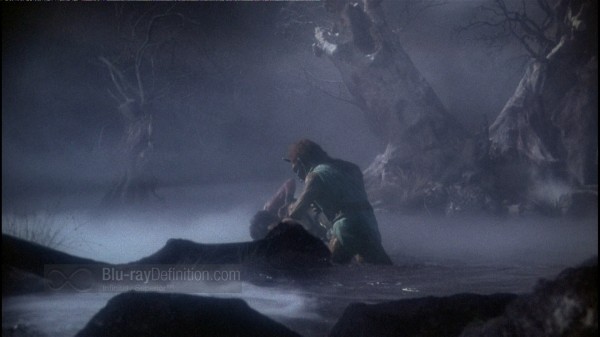 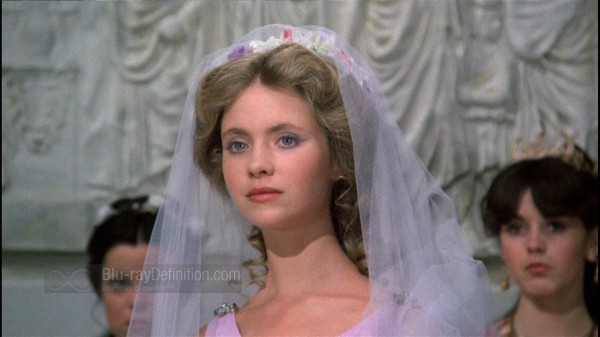 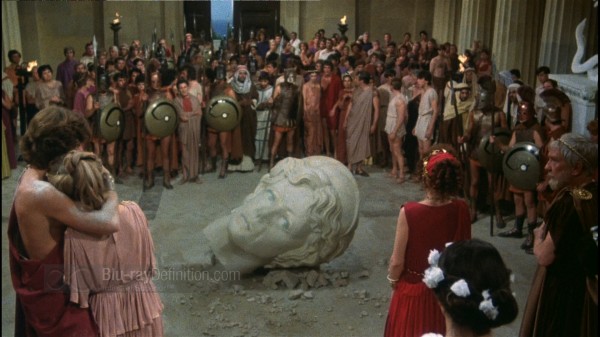 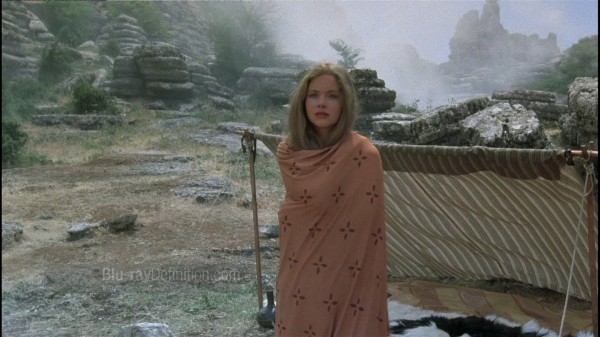 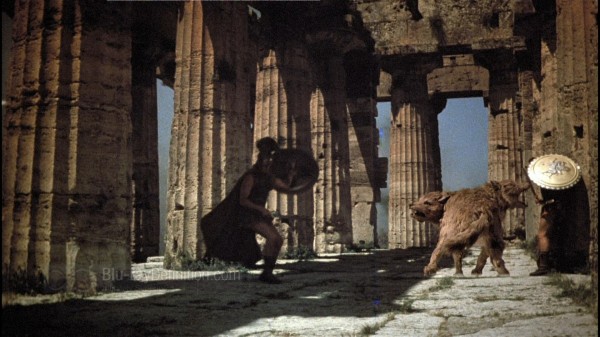 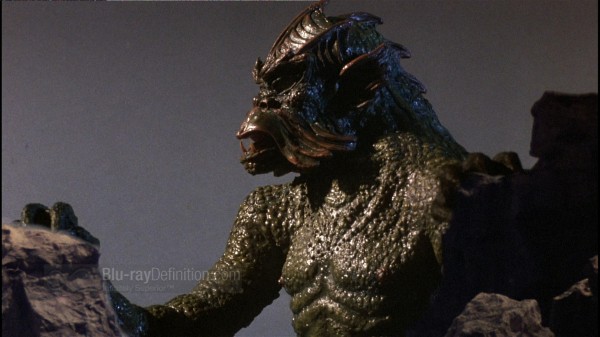