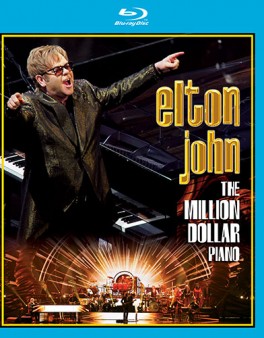 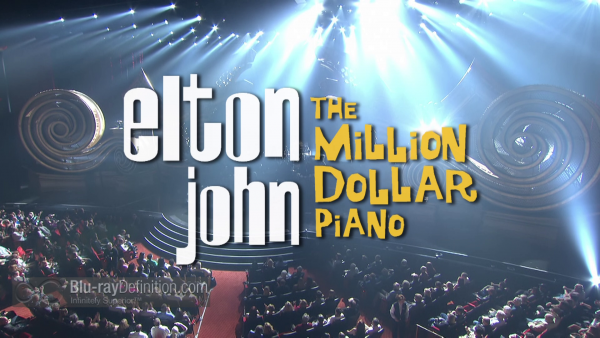 Vegas, baby! The Million Dollar Piano was filmed over a multiple night stretch in 2013 at Elton John’s residency at the Colosseum at Caesars Palace in Las Vegas. A lavish stage complete with the all the gaudy trappings and glitz one would expect from something put on at Vegas, including the “Million Dollar Piano”, an extravagant Grand Piano custom built by Yamaha with LED-lighting and electronics that can read the notes and display appropriate graphics. For instance, hit the opening chord progression for “Bennie and the Jets” and the glitzy cover for Goodbye Yellow Brick Road” flashes across the bright display.

But the piano isn’t the only star of this film – Sir Elton takes center stage as well. This film features classic Elton John cuts spanning his lengthy career. Either solo, with band, or percussionist Ray Cooper, we are treated to a multimedia blitz that includes onset screens, the aforementioned piano, and phenomenal stage lighting, and of course, Sir Elton John’s memorable tunes. From the opener, “The Bitch is Back” that leads into another classic from Goodbye Yellow Brick Road, “Bennie and the Jets” before giving way to Honkey Chateau‘s paean to solitude, “Rocket Man”, to an 80s number like “I’m Still Standing”, this is one for the ages, proving the man’s still got it. 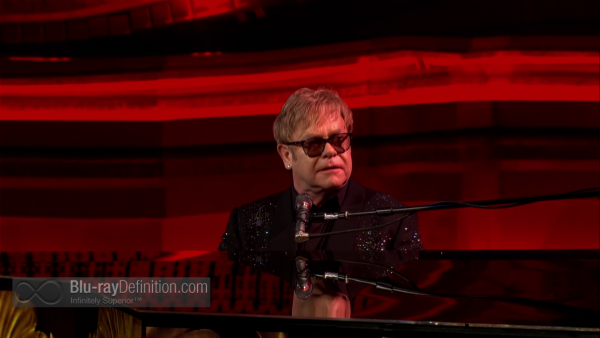 The high definition production for The Million Dollar Piano is brought to Blu-ray in an AVC/MPEG-4 1080i/60 encodement from Eagle Rock. It looks lifelike and free from nearly all video noise. The colors and lights of the concert performance really sparkle vibrantly, particularly Elton’s titular “million dollar piano”. One issue doe arise with some noticeable edge artifacts around the front of the stage and the curves of the piano, but they are easily dismissed. 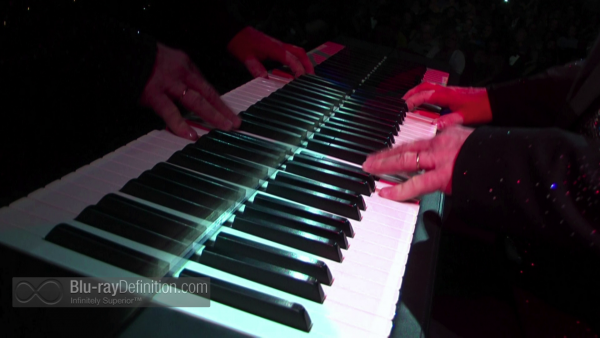 A wonderfully lifelike lossless surround soundtrack in DTS-HD Master Audio 5.1 is provided. It has a fully-extended, but not boomy, low end, nice spacious spread of sounds across the front and a relaxed high frequencies. Elton’s vocals come through with great clarity in the center channel. The surrounds carry a lush amount of room ambience and some crowd noise for that real concert experience. There is also a LPCM 2.0 stereo mix that is nicely balanced and a little bit drier in sound, but less effective at conveying the love concert experience.

Still haven’t had enough? Then the bonus live performance from Kiev should hit the spot. 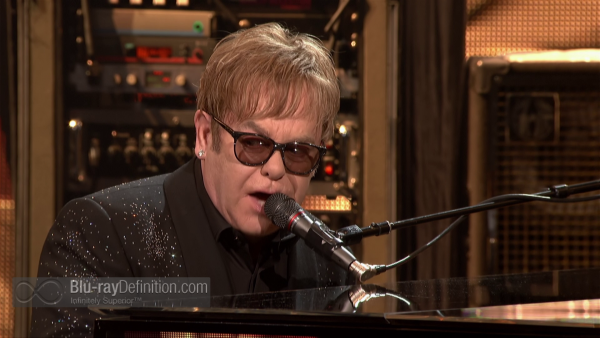 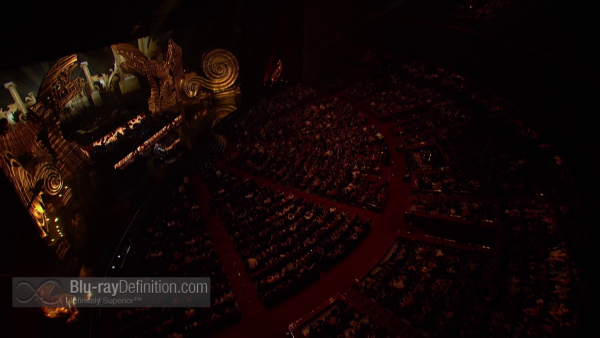 His voice may not have the range it once did when he first laid down some of these classics, but Elton John has long since settled into his lower octave with ease, and The Million Dollar Piano is a splendid live concert video experience. An enticing display of musical and visual artistry that gives us the best of Sir Elton and Vegas all wrapped up into one. 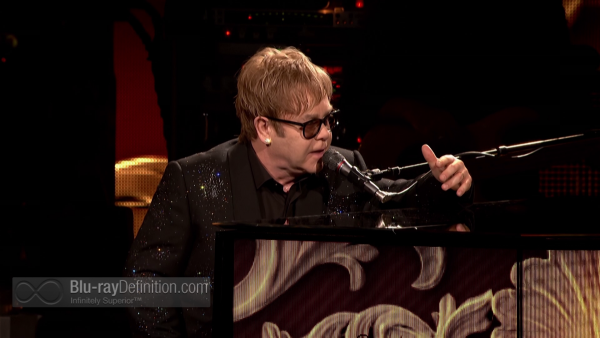 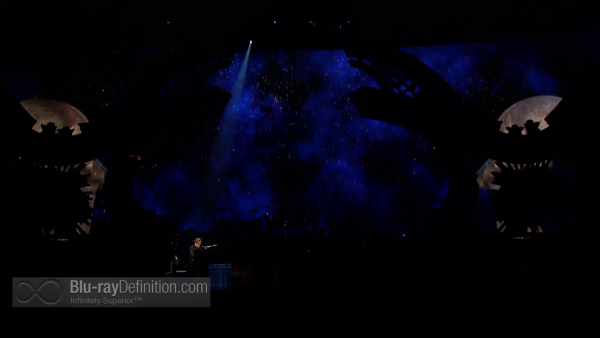 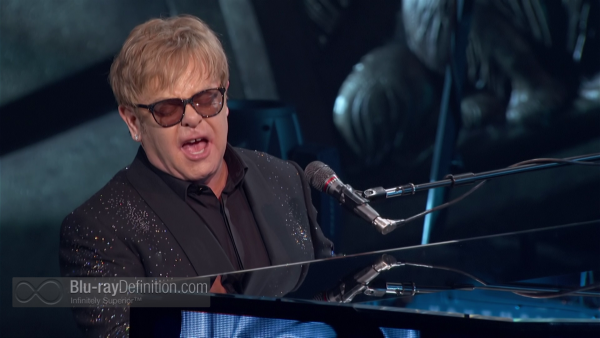 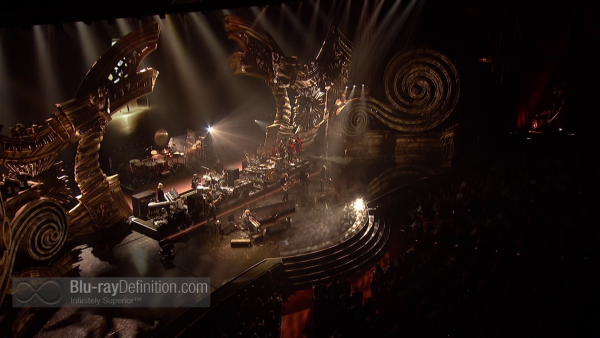 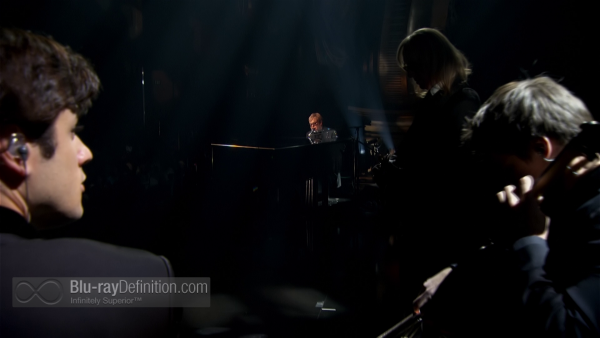 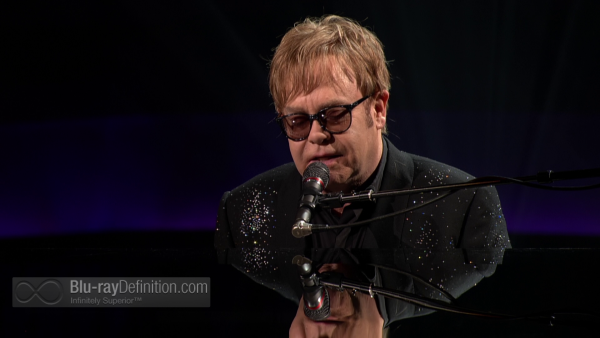 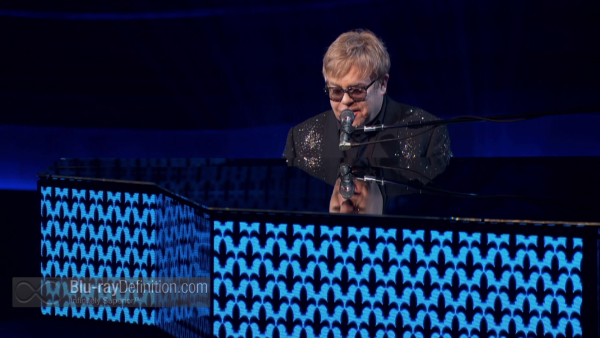 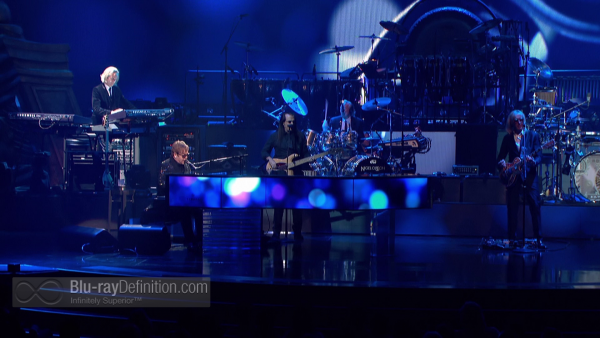 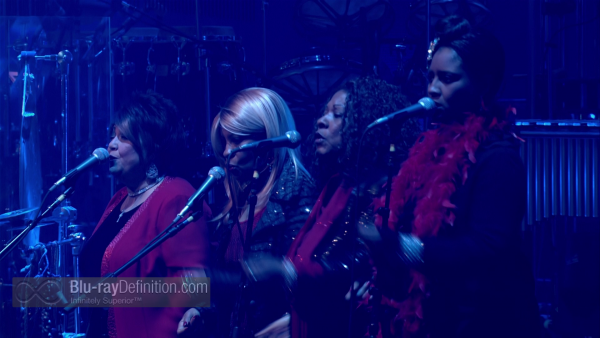