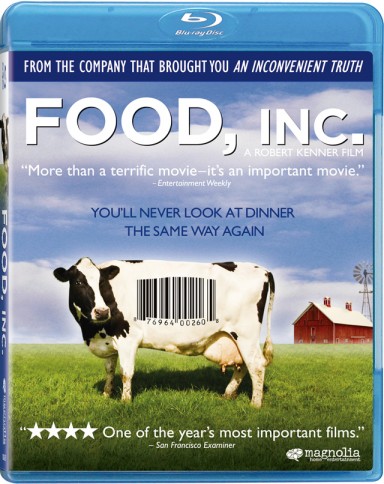 The subject of what goes into the food we eat is a personal one for me. Being someone who is physically sensitive to most of the additives,like nitrites and monosodium glutamate — an ingredient that masquerades on our food labels under various different monikers — that are being added to our food more and more at an alarming rate, I was more than eager to take a look at director Robert Kenner’s exposé on the ever more powerful food industry, Food, Inc. 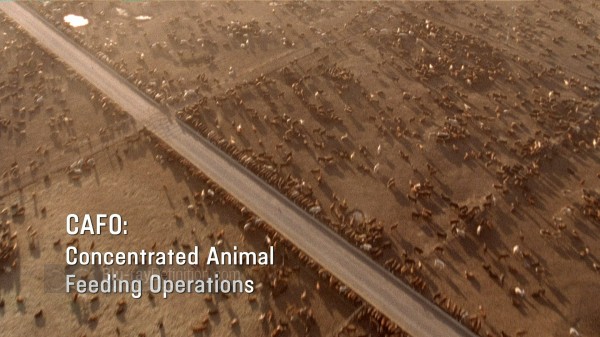 Taking as his main talking points from authors Michael Pollan (The Omnivore’s Dillema) and Eric Schlosser (Fast Food Nation), Kenner’s film turns its lens unapologetically on the runaway juggernaut that is the big business of agriculture and meat production in the United States, increasingly controlled by an ever-dwindling number of multi-national conglomerates that wield such crushing power over government and small farmers that it has now become in some areas of the country, as the film shows, illegal to even criticize certain foods or, for soy farmers, to save seeds for planting the next season due to mega corporation Monsanto’s patent on a soy gene.

Food, Inc. grants that the efficiency inherent in our modern production methods has increased production and driven down food costs, but at what price? Food is cheap, but only bad food is cheap, the film posits. Government subsidies on corn and other crops like soy due to big business’ demand for those products at below-market cost has led to a flood of corn-based chemicals and products in nearly everything we eat. High Fructose Corn Syrup, maltodextrin, xanthan gum, ascorbic acid, and sucrose are just a few of the ingredients that appear in nearly all of the “cheap” foods on our store shelves.

The film also takes a look at the mass production in the slaughterhouses, the inhumane treatment of cattle, pigs, and chickens and the inhuman conditions that low-paid workers made up of mostly minorities, and immigrants, both legal and illegal, are made to work under. A connection between the feeding of corn to cattle and the development of highly resistant strains of E. coli is even discussed.

Food, Inc. is certainly a scathing look at the agriculture industry, and it stops to make you wonder about what you are putting in your mouth for consumption. Its one deficit is that it skips through its talking points a little too quickly. There are moments when you wish some of these topics were explored in more depth. The actual impact that these chemicals and methods of production have on human health and the environment are only breezed over. And the film somehow completely missed any mention of monosodium glutamate as a serious problem in our food supply. 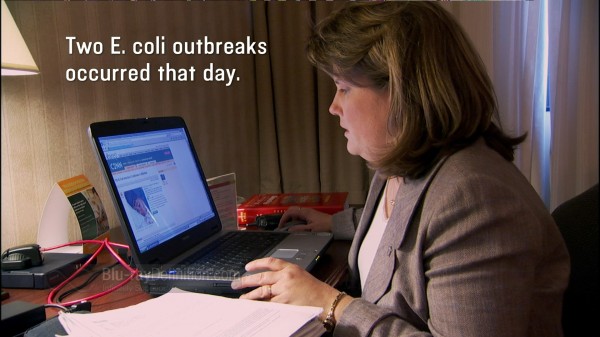 Food, Inc. shows up on Blu-ray with a 1.78:1 1080p/24 VC-1 high definition encoding from Magnolia Home Entertainment. Made up from differing bits of source material, Food, Inc. doesn’t always look great. Some segments are from up-scaled standard definition that has even had its aspect ratio stretched, but that aside, even the newly recorded high definition interview segments show some slight signs of haloing around images occasionally, even though they do have strong detail and natural flesh tones. Food, Inc. won’t be anyone’s reference material anytime soon, but then again that’s not what a film like this is about. 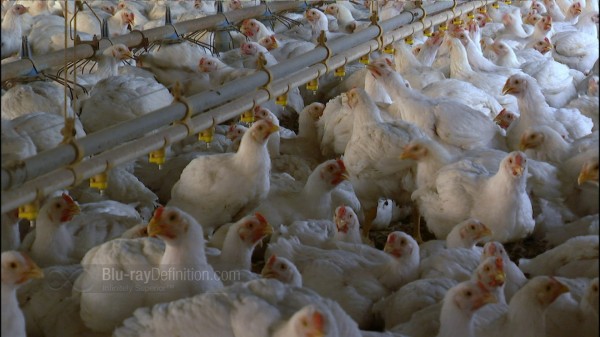 An English DTS-HD Master Audio 5.1 soundtrack is the only option provided for Food, Inc and it does the job decently for a documentary film. Dialogue is clean and anchored to the center channel. Naturally for a film like this, the mix is quite front-heavy and there is not much low frequency extension, but there are a surprising amount of moments where the score, an electric guitar-heavy piece, is brought to the fore and has its instrumentation mixed into all of the main channels. 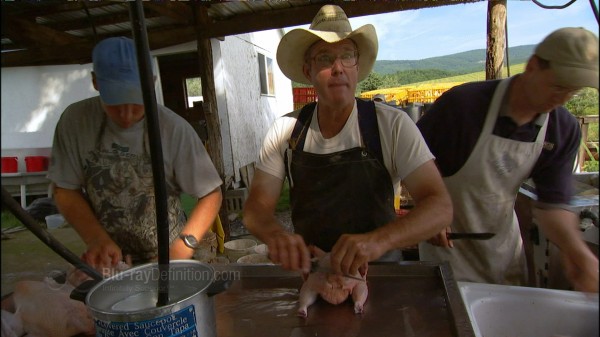 Magnolia have provided this Blu-ray release with a good amount of extras that extend the documentary’s theme of awareness, including some celebrity public service announcements and even a segment from ABC’s Nightline featuring the founder of restaurant chain Chiplote’s and one of the natural farmers featured in the film. It’s a pity, however, that all of the video extras, including the deleted scenes, are all provided in standard definition except the Magnolia trailers. 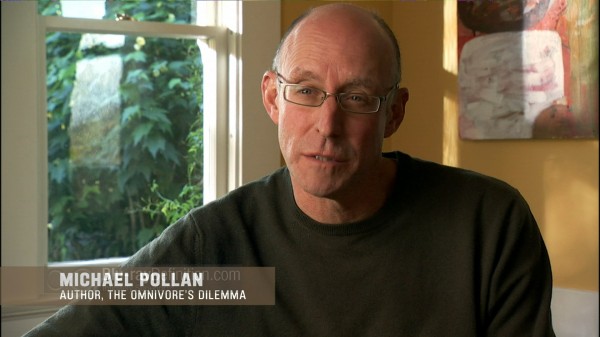 Food, Inc. may not be as heavy-hitting as Super-Size Me or as detailed as The Smartest Guys in the Room, but it is eye-opening nonetheless and should be required viewing for anyone who puts a morsel past their lips. Highly recommended.