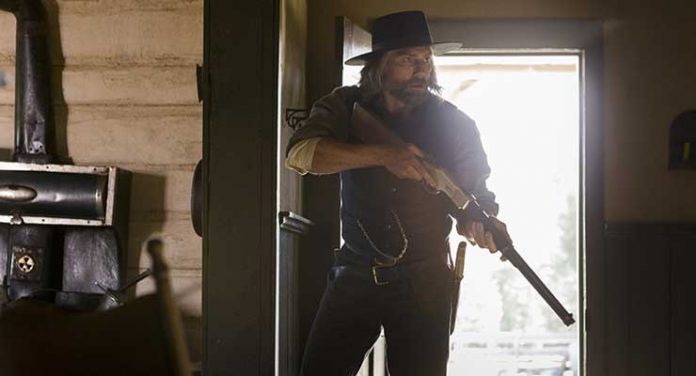 Hell on Wheels capped off its fifth and final season with this Blu-ray release that Entertainment One for whatever reason felt the need to split off from the first half of the season. It contains the second seven episodes of what was a dramatic and eventful season tying off the loose ends for the motley collection of characters.

The series has been credited for reinvigorating the western genre ever since it launched in 2011 and it has roughly traced in real-time the building of the American railroad in the 19th century. So it is no spoiler to say that these final episodes end with the completion of the railroads. The real journey for Hell on Wheels, however, has always been the one taken by its characters, and season five sees Bohannon (Anson Mount) reach a crossroads after a major confrontation with his series-long nemesis The Swede (Christopher Heyerdahl). He’s in Truckee, California working for the Central Pacific Railroad, rivals to Durant’s (Colm Meaney) Transcontinental. The town is filled with crooks, scoundrels, and, most of all, thousands of hardworking Chinese immigrants. As Bohannon runs afoul of the cutthroat Chinese mercenary Chang (Byron Mann), he manages to find solace in the love of a Chinese woman (Angela Zhou) posing a man so she can work on the railroad. Meanwhile Eva (Robin McLeavy) is finding her first taste of independence, success, and wealth without having to sell her body while Durant’s fortunes have begun to turn. He is finding himself knee-deep in debt and under pressure from both the law and criminals who want to harm him.

The series was both epic and intimate in its portrayal of human struggle, issues concerning the immigrant experience, and race relations in post-Civil War America over the course of its five-year run. The fifth and final season tied this all together, bringing some of the characters we love to hate their just due, while letting others slither away. If Entertainment One had kept Season 5 together in one release, it would have made for excellent binge viewing. As it stands now, this release picks up in the middle of what is, I suppose, a cliffhanger from episode 7. It is sort of disorienting. 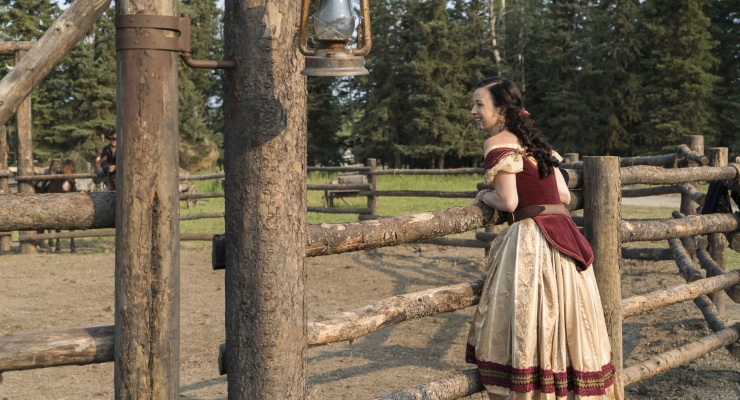 Hell on Wheels was shot in HD on the Arri Alexa and brought to Blu-ray in a superb AVC 1080p transfer from Entertainment One. We get an image that is crisp and film-like with a layer of “grain” applied that looks natural and mildly gritty in keeping with the overall emotional tone of the series. Colors are a little scaled back, but they look just right for the artistic intent – rich earth tones, the natural cerulean skies and green pastures whenever they make their appearance. Flesh tones are spot on as well and we get subtle nuance in the shadows.

As seems to be common for Entertainment One releases, this release comes with both a lossless 5.1 mix in DTS-HD Master Audio and a lossy 5.1 mix Dolby Digital. The DTS-HD MA version is beefier only due to being mastered louder. The mix is spectacular for a TV series with weighty low-end and excellent panning of sounds through the room. Gunshots are authoritative, horses’ gallop with heft, and explosions thump nicely. The dialogue is clean and natural

There is not much included here at all. The very brief featurettes are just promotional quality material with short interview snippets featuring the cast and crew. Of most interest will be the Inside the Episodes features, which yield the most insight into the productions.

These final seven episodes are a satisfying ending to one of the best TV westerns television has ever seen, but the season shouldn’t have been split in two. For that reason, I have rated this set accordingly, marking it down, but the episodes themselves are worth of a perfect score.