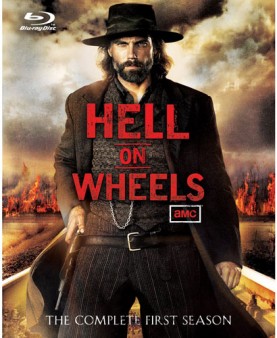 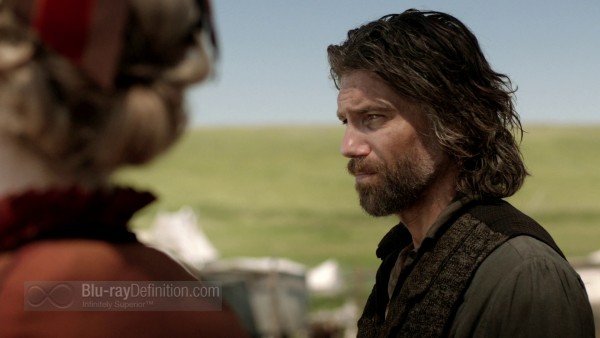 Not since HBO’s Deadwood went off the air has a period western come to television that has been so enjoyable and addictive. AMC’s series may bear some resemblance to the former, minus the anachronistic use of profanity (hey, this isn’t premium cable after all), but it is still a unique, and in many ways, complex experience unto itself.

Hell on Wheels is set in the late 1800s just after the American Civil War and follows the building of the Union-Pacific Railroad and all the intrigue and colorful characters surrounding it. Central to the story is Cullen Bohannon (Anson Mount), a former slave owner and Confederate soldier who arrives at the Hell on Wheels railroad camp with the intention of seeking revenge for the rape and murder of his wife at the hands of Union soldiers during the war. A conflicted character from the very beginning, Bohannon is the classic western anti-hero in many ways. The struggle for him and the audience to define where his moral compass points is part of what makes the series intriguing. Bohannon strikes up an evolving friendship with the black worker Elam Ferguson (played convincingly by hip-hop artist Common). An unlikely pairing that grows evermore complicated when Bohannon convinces Elam not to kill the foreman (“where you goin’ with that Arkansas toothpick? Don’t do it.”) Elam succeeds anyway after intervening when the foreman gets the jump on Bohannon in a fight as Bohannon is questioning him about one of the suspects involved in the murder of his wife.

Hell on Wheels doesn’t shy away from the cruel complexities of post-Civil War racism. Whereas Deadwood found itself somewhat more concerned with women’s rights (or lack thereof), Hell on Wheels tackles the issues facing newly freed blacks, the violence against interracial coupling (in one scene Elam is nearly lynched by a mob for having sex with one of the camp’s white prostitutes), and even the barbaric warfare between Native Americans and the U.S. Army.

All of this is set in a brilliantly designed backdrop from the muck of the Hell on Wheels camp to the beautiful cinematography of the Iowa plains (with Alberta, Canada, sitting in as a worthy substitute). 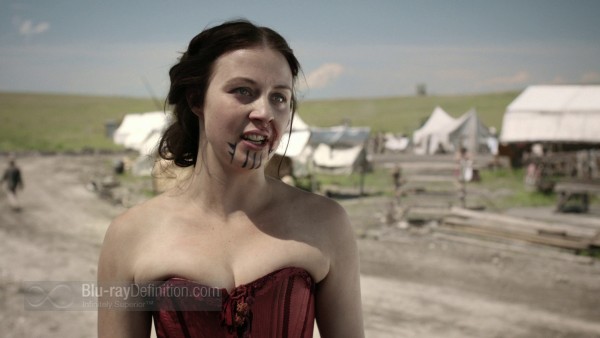 Hell on Wheels is apparently captured in high definition on the Arri Alexa at 1080p/24 resolution in the 4:4:4: color space. It arrives on Blu-ray at 1080p/24 in an AVC/MPEG-4 encodement that looks as good as to be expected for a true digital source. Texturally strong with a good level of contrast, Hell on Wheels on Blu-ray is immediately superior to its HD broadcasts counterparts. There are, obviously, no issues with macroblocking, whites are far more stable and a lot stronger, and colors are more natural. That isn’t to say the image is perfect, however. I did spy some areas where video noise and mild posterization were a small factor. 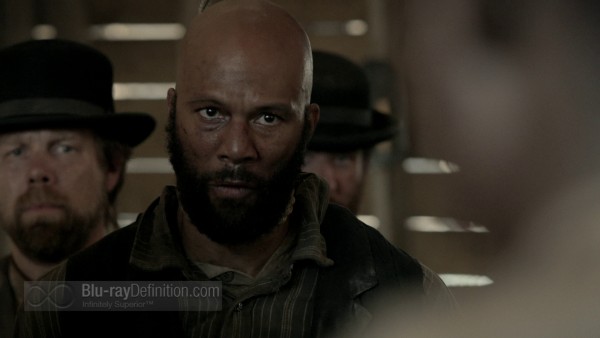 The English DTS-HD Master Audio 5.1 (48kHz/16-bit) soundtrack is nicely done, engulfing listeners in the sounds of the series. The din of the Hell on Wheels camp is well produced throughout all the main channels, dialogue is clean in the center mostly, and the subwoofer is effectively used to bolster the impact of explosions of the “black powder” and the roar of the “iron horse.” 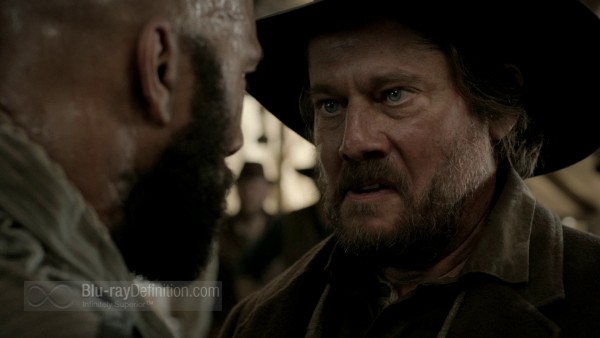 The third disc in the set is loaded with making of featurettes that let viewers dive deeper into the world of Hell on Wheels. 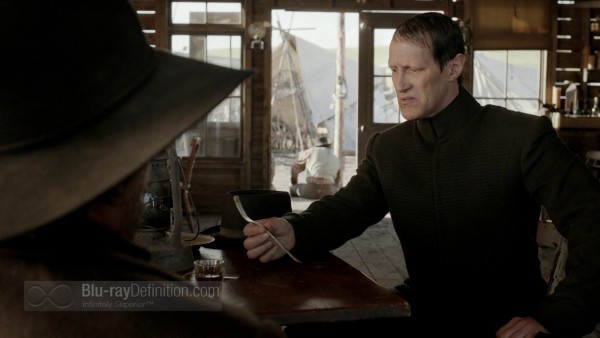 If Hell on Wheels lives up to the high standard set in this first season, then the second one should equal or exceed this brilliant debut. A must for fans of westerns, this series from AMC is another bold entry from the channel that is making a real push to be the king of the basic cable world. 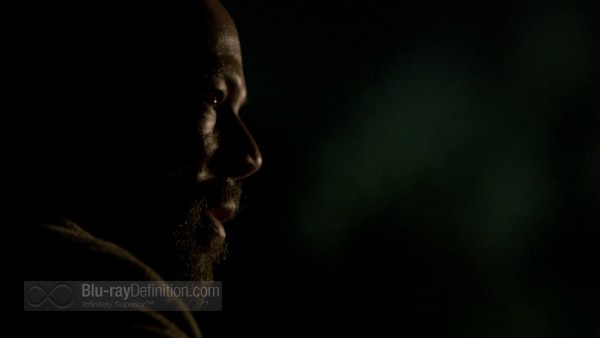 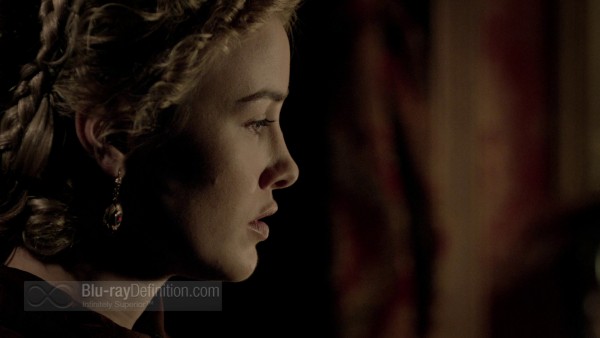 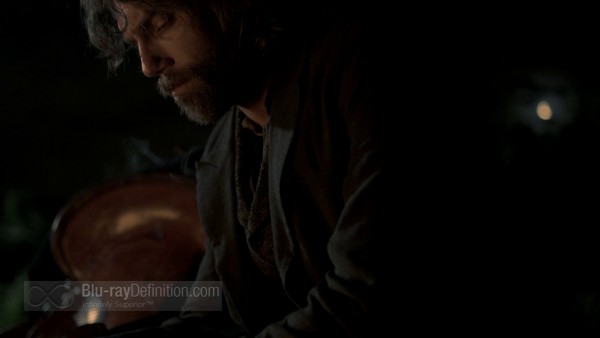 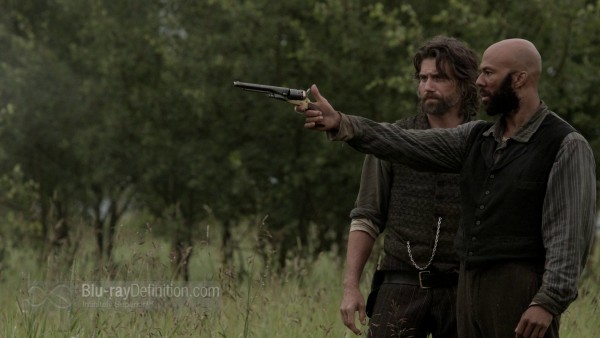 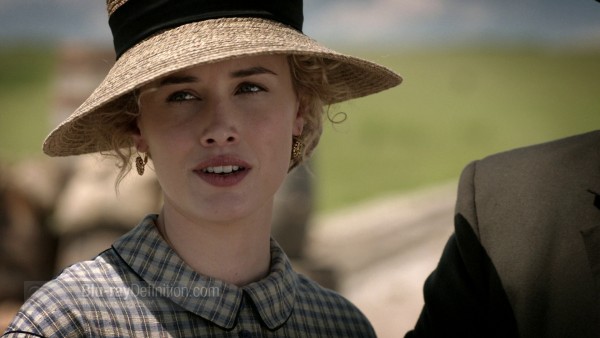 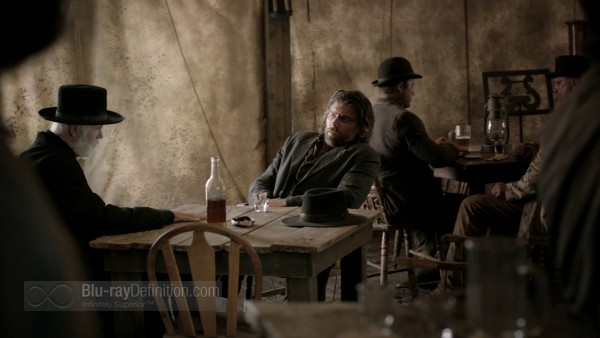 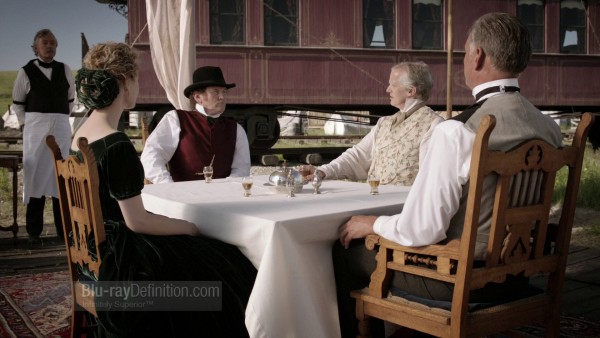 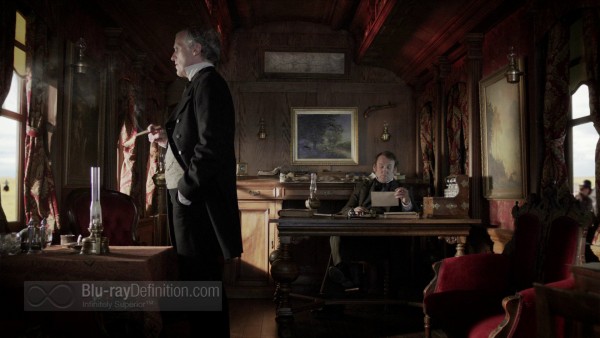 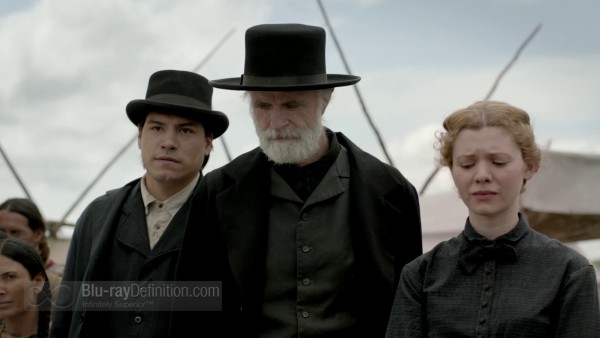 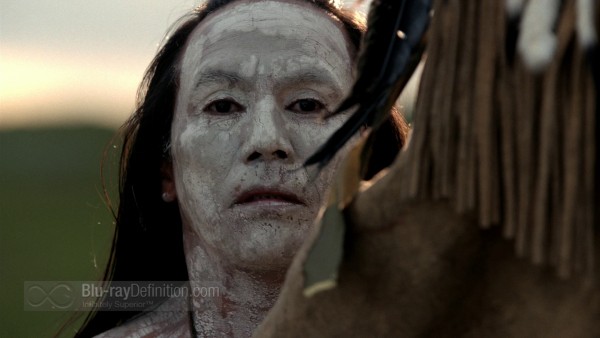 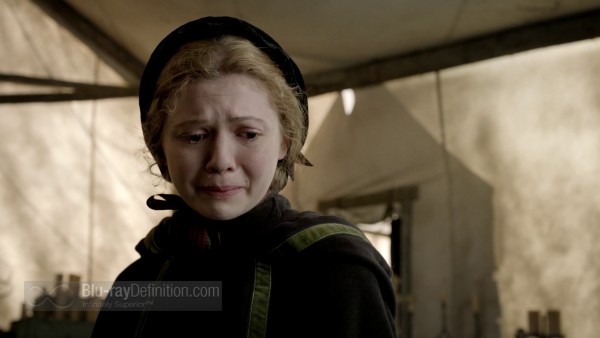 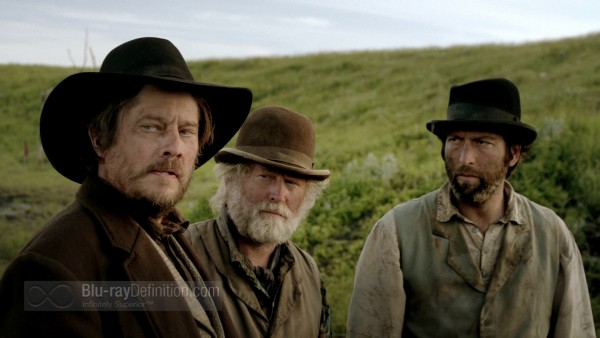 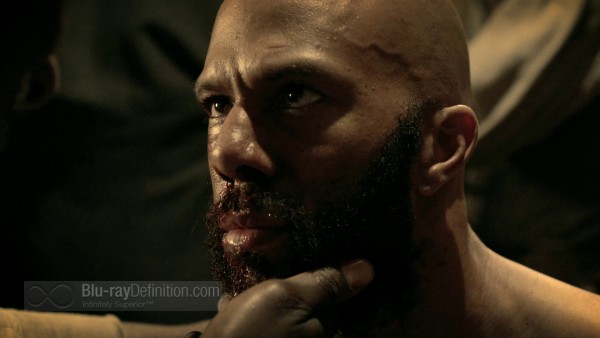 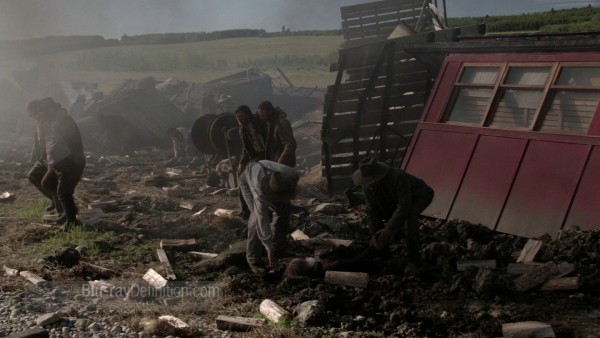 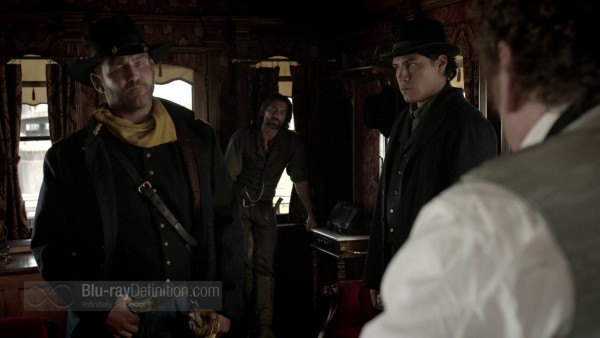 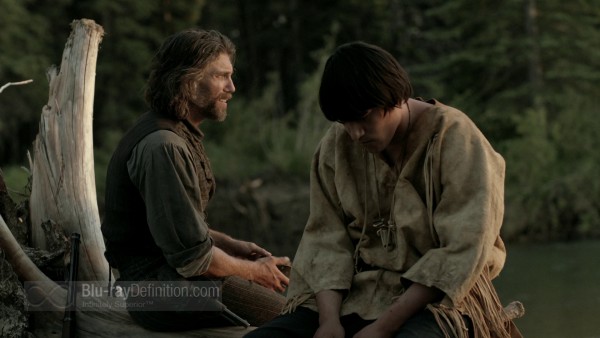 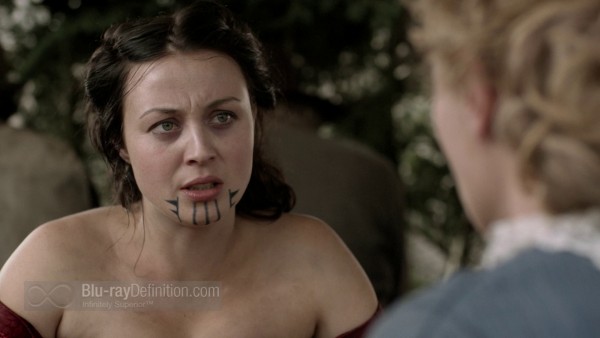 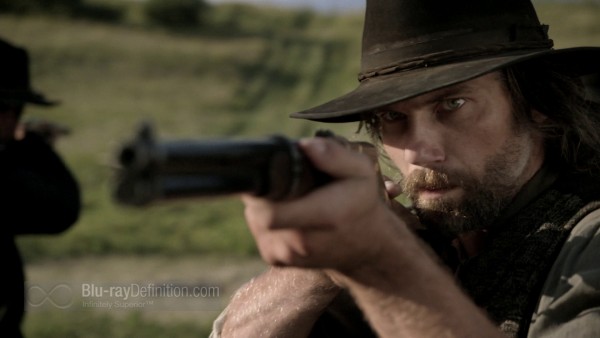