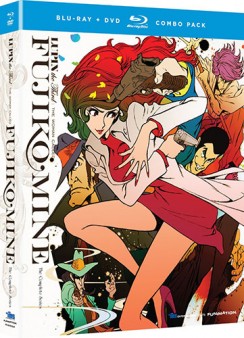 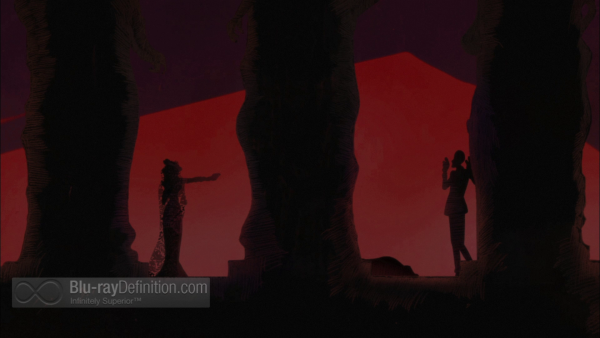 Lupin the Third: The Woman Called Fujiko Mine is the anime series based on the popular franchise from the manga by Monkey Punch. It is the first in the series that moves the protagonist Lupin into the background, making him a tertiary character in favor of the sexy, dangerous, and seductive Fujiko Mine. Acting as a prequel of sorts, The Woman Called Fujiko Mine is a dark and sexy backstory of Fujiko Mine and the rest of the popular characters from the Lupin the Third franchise, such as Goemon, Zenigata, and Jigen.

Far less comedic in tone, this series takes Lupin the Third down dark and twisting roads it has never ben down before. The series unfolds like a sexy pulp novel, or some drug infused nightmare by the time we reach the end. Fujiko Mine is a powerful and tragic figure at the center of it all, desired, seductive, and always one step ahead of her male counterparts, for the most part, in a beautifully animated, brightly colored anime world. Jazz and blues underscore the cool worlds like a beat, bohemian hallucination. If there is anything to find fault with, it is the strange way in which the episodes seem to begin and end with their strange, stream of consciousness poetry that is hard to connect to the episodes in any way.

Longtime fans may find this series some sort of throw from out left field, but for those willing to go along for the ride, this may be one of the best anime series to come around in years – truly groundbreaking. 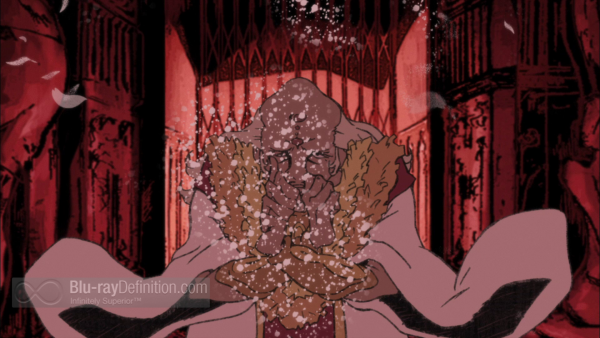 The AVC/MPEG-4 1080p encodement of The Woman Called Fujiko Mine has a look purposely meant to appear like pencil sketches on paper, and as such tends toward softness and lacks the crisp and vibrant appearance of some other anime releases. Even so, this release from FUNimation is a strong one that doesn’t have the usual color banding and aliasing that we often see and that makes it ultimately satisfying. 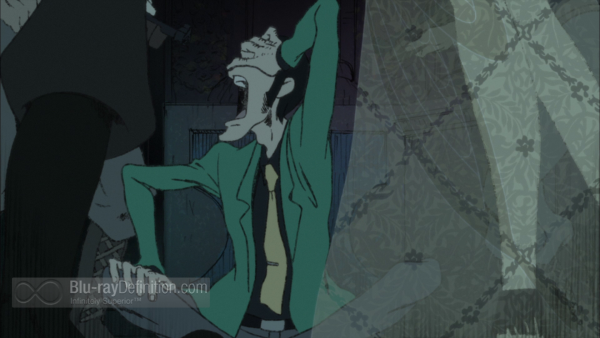 I always opt for the original language, even for animated releases, and the Japanese Dolby TrueHD 2.0 stereo (48kHz/24-bit) track included here doesn’t disappoint. The voice cast is excellent and the sound works. That being said, there is also an English Dolby TrueHD 5.1 (48kHz/24-bit) track included that offers a wide breadth and spacious sound lush with ambience, but not much in the way of discrete effects in the surround channels. 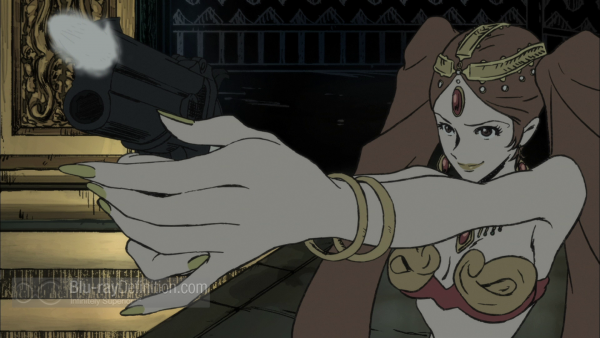 We get a couple of features with the English cast and crew and then the usual extras. 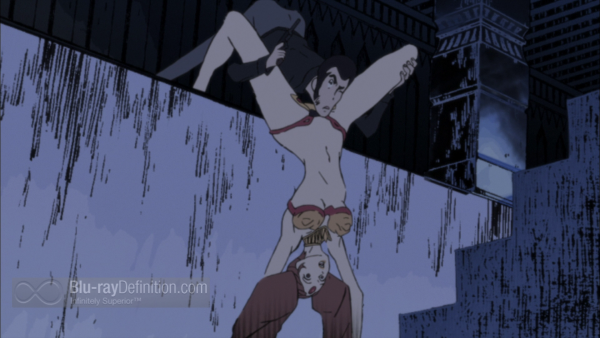 If you purchase one anime series on Blu-ray this year, this is the one it has to be. Lupin the Third: The Woman Called Fujiko Mine pushes boundaries, creates a new paradigm, and is a tasty entry in the Lupin the Third franchise. 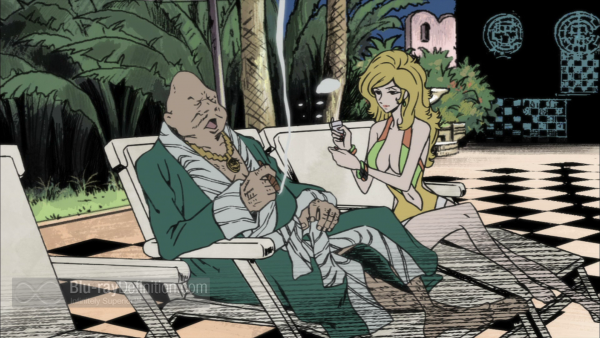 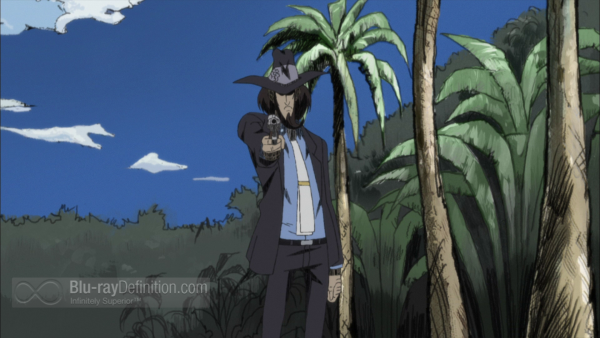 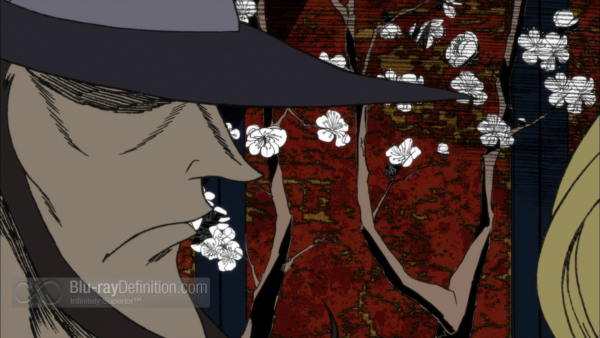 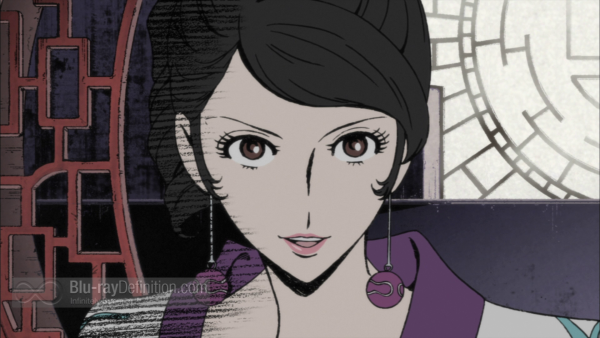 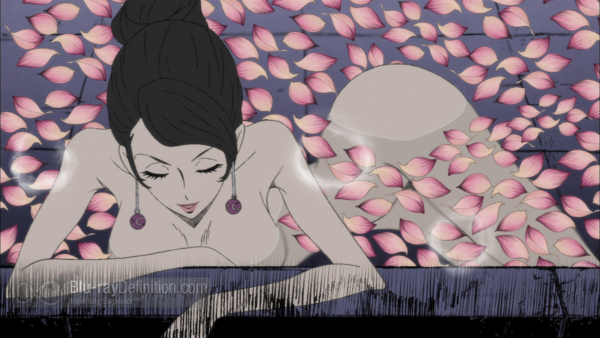 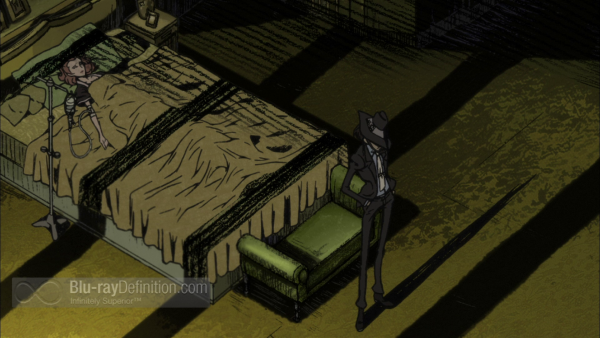 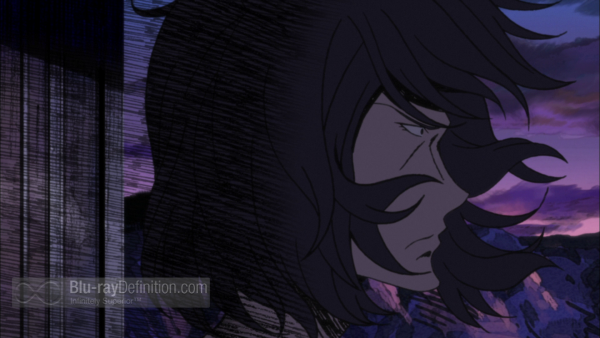 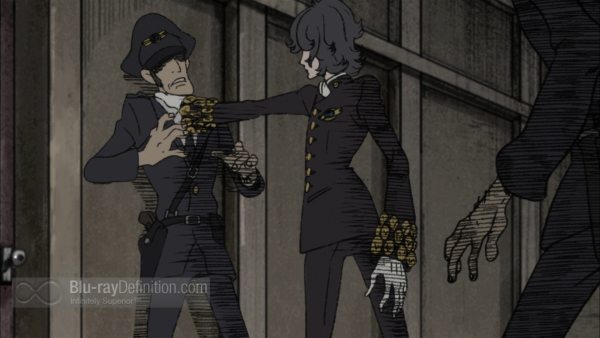 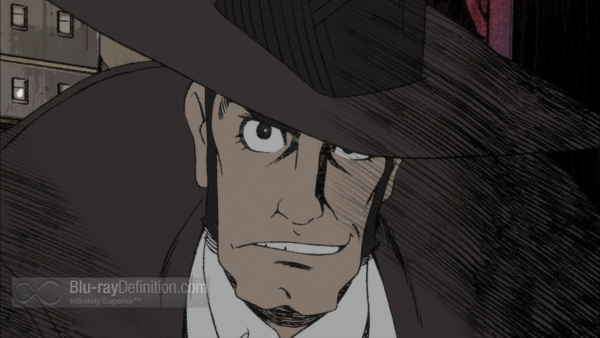 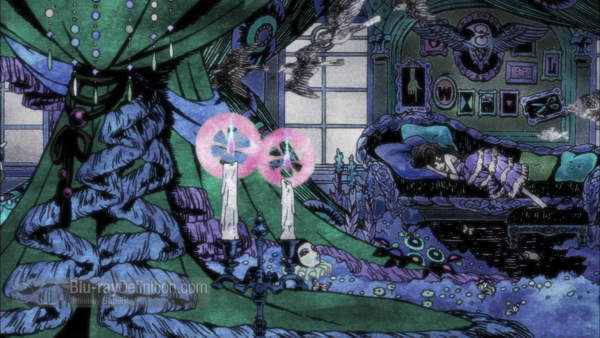 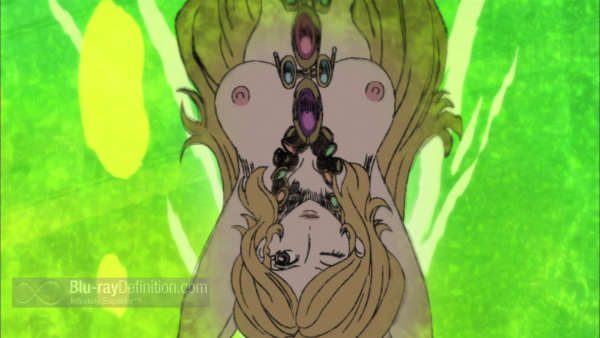 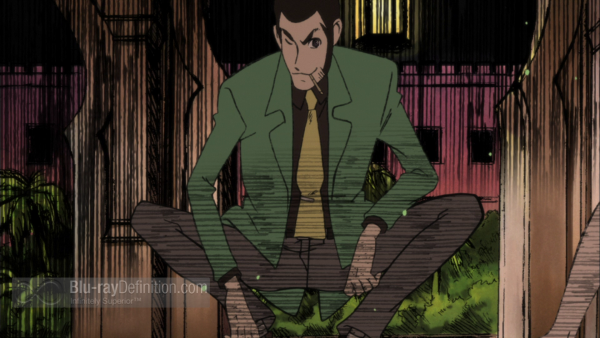 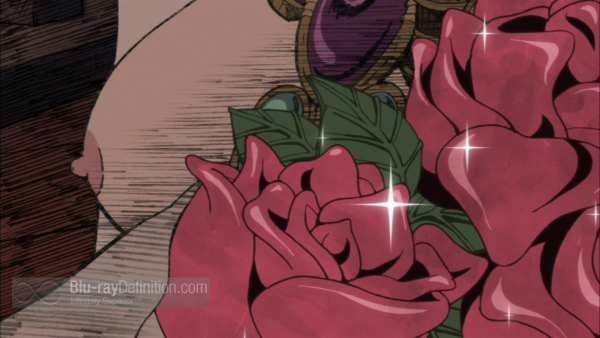 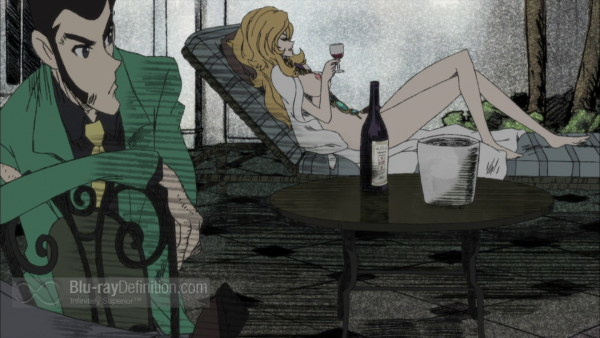 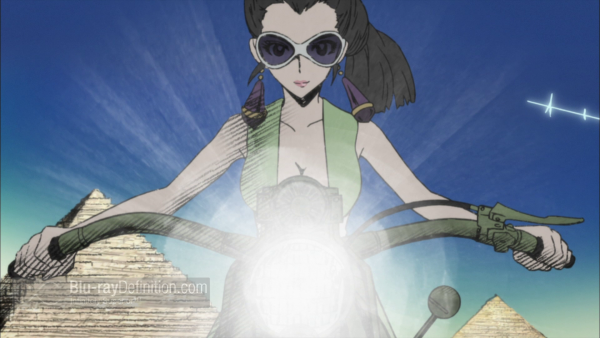 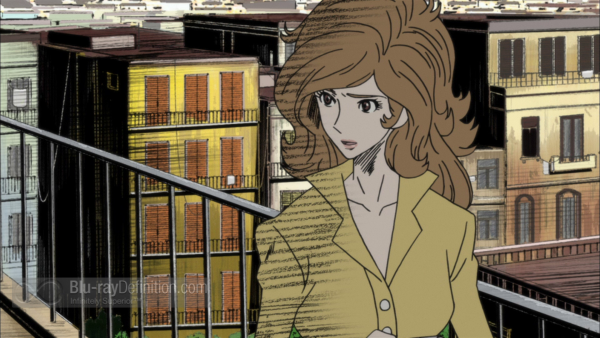 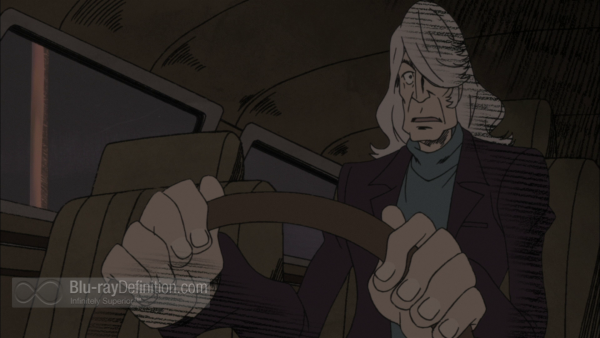 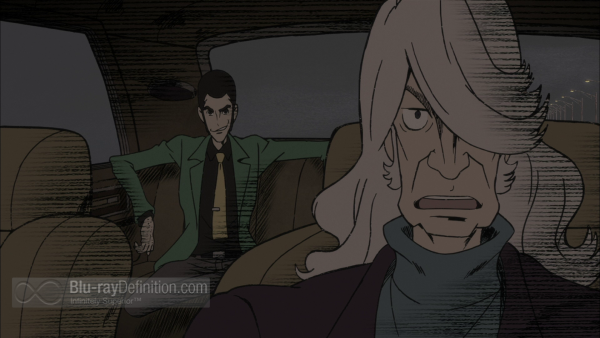