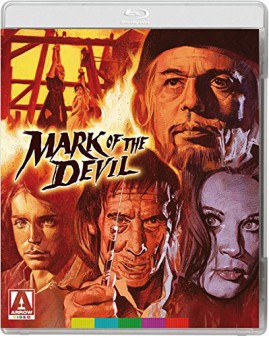 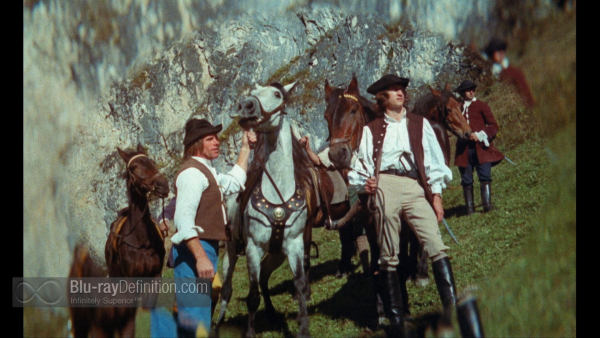 Mark of the Devil is a British horror film starring Udo Kier, Herbert Lom, and Reggie Nalder. The film is supposedly based off of “true” events that happened in Europe for hundreds of years where women were killed for being witches. Of course those doing the killings were those of great wealth and power. They governed the people with an iron fist in the name of God. In addition to keeping everyone in check, with total devotion, folks were often made to contribute (give away) their savings and livelihood to the church in order to be “saved.” If they refused then they were seen as sorcerers and witches and would be swiftly (more often than not it wasn’t done swiftly) killed.

Count Christian von Meruh (Udo Kier) is the young apprentice to Lord Cumberland (Herbert Lom). Albino (Reggie Naldar) is Lord Cumberland’s go-to guy when it comes time to torturing and killing anyone that gets in the way of the Lordship or in the way of the church’s devotion. Albino is just a creepy looking character but it’s no surprise that it’s played by Nadlar – he played Mr. Marlow in Salem’s Lot back in the 70’s.

When a beautiful woman named Olivera is accosted by Albino and rescued by Christian this sets of events that will pit Christian against forces beyond his control. Even though Lord Cumberland may like him he does not get free reign upon his empire. Lord Cumberland has a thirst for power and seeks to keep it by any means necessary. This means that Cumberland goes on about killing and torturing innocent folks to keep the masses in check.

I’ve never heard of Mark of the Devil and thought the overall film was extremely on the nose, but in context, works well. You do get beaten over the head a lot when it to comes to the hierarchy set in place during these times. I will say that the film is very misogynistic in the way women were treated – yes, it’s on purpose since many were accused of being witches but even still, the film and characters never let up. I think Udo Kier plays his character well but the character he is playing is very weak and one has problems sympathizing with him due to his passive approach.

Lord Cumberland is scum but as portrayed by Herbert Lom – he’s scum with gravitas. Albino is just skeevy and I hated him. The film is very dour and depressing. The film’s special effects are also hindered by the lackluster direction. The opening credits are just bad and the use of dissolves don’t enhance the picture – they’re very random in terms of context.

If you’re a horror fiend then you will like the film fine. It does serve as exploitation/grindhouse horror, but the subject matter, or portrayal of it, may be a turn off. I wasn’t a fan but I may have been if the direction was a bit better. 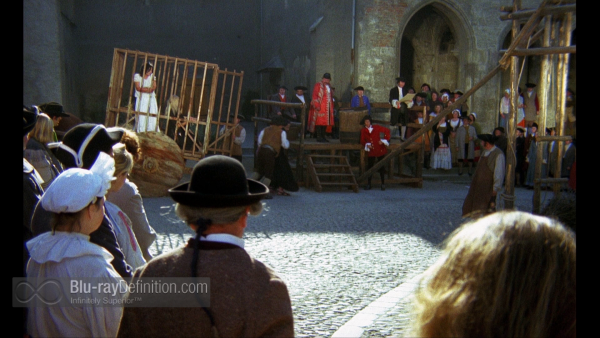 Mark of the Devil is presented in director Michael Armstrong’s preferred 1.66:1 OAR. The video looks good to above average once we get the ball rolling past the very problematic first ten minutes of the film. There’s a lot of noise, debris, artifacts, hairs, etc., that litter the screen during the beginning of the film. The other scenes that also fare quite poorly are those of the restored blood, gore, and violence. The film had been heavily censored for years, so with Arrow getting the full cut intact (although it was a dupe from what I understand) the film print would not be a flawless one. The positives are that during some scenes — the production design is enhanced by the lush surroundings of the small Austrian town. castles, and costumes. The transfer does the best it can to bring these things out of the fold. It succeeds for the most part. 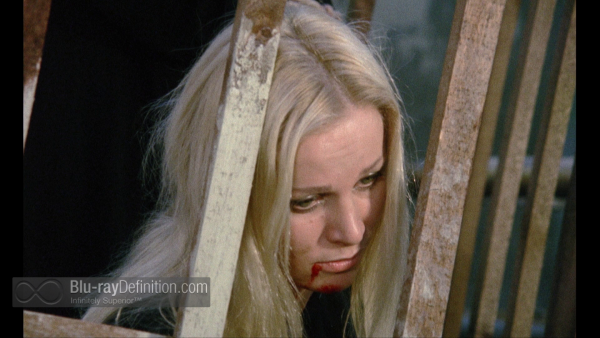 Mark of the Devil comes equipped in both an English and German 1.0 LPCM lossless mono-track. I did have to turn the volume up at times. The sound quality was rather thin at times and the heavy dubbing and ADR do not do it any favors. I’ve considered the source and it is what it is. Dialogue, violence, gore, are all retained within the one channel and at times it feels like the channel is struggling to get it all out and intact. Since they’ve heavily dubbed and ADR’d both tracks to death it may or may not be a struggle for the average viewer to get through. I have given it the benefit of the doubt due to the circumstances of the film’s release and what it took to finally release on Blu-ray. Unfortunately it is not one of Arrow’s better releases when it comes to audio in my opinion. 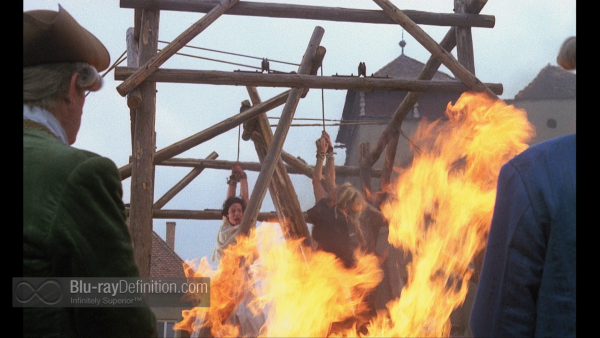 Whatever shortcomings Mark of the Devil may have had in terms of content, video and audio specifications – the special features are quite informative and fantastic. The documentary created specifically for this release entitled Mark of the Times showcases this film and others like it that were considered the British version of “New Wave” but horror. It was a “Horror Wave” by way of England.  It’s a fantastic piece of programming. The extensive interviews with the stars, director, critics, scholars, etc., is a breath of fresh air, because even though the final film isn’t all that, everyone involved did the best job possible – even during directorial quibbles. Udo Kier mentions that Armstrong did not finish directing the film that his co-writer Adrian Hoven finished but due to Armstrong having a studio contract Hoven was not given directing credit. Dramarama, indeed. 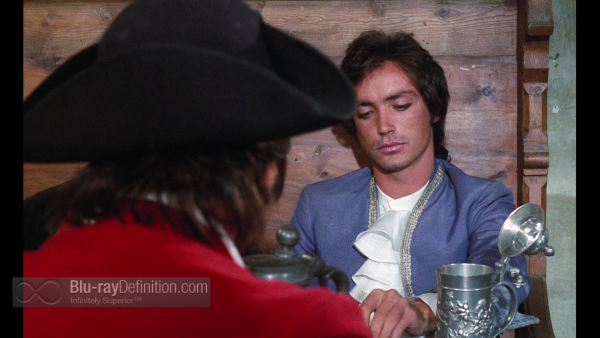 Mark of the Devil was a bit too uneven for my taste. I don’t want to go on a tangent and say that it has some pedestrian direction, but it definitely does not inspire. The Arrow Film’s release spruces up the film’s full cut and the final results are a mixed bag. The one department the Blu-ray excels in is that of the supplemental materials. It’s a fully loaded affair. If you must see what all the fuss is about or you’re just a collector of horror then Mark of the Devil may suit those needs, but for everyone else the final results are quite average. 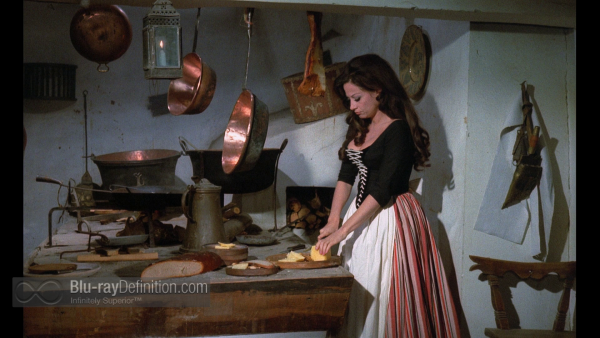 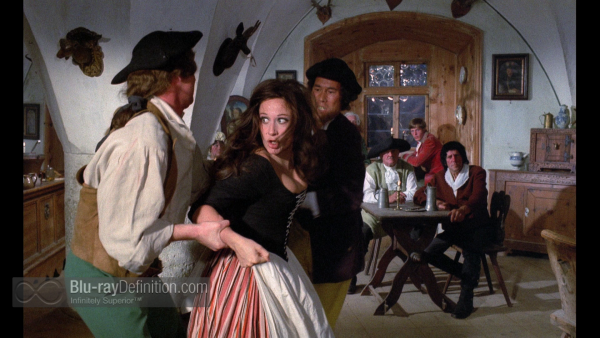 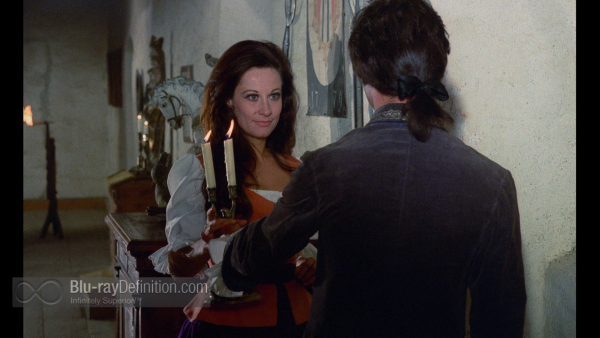 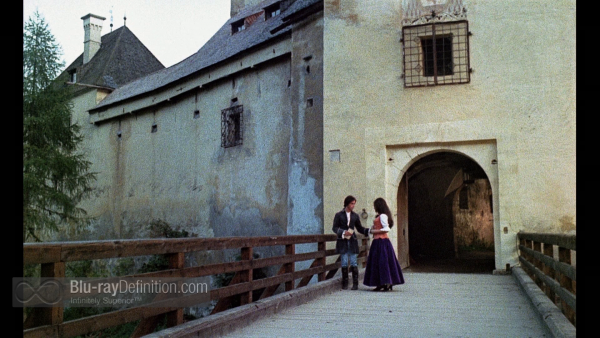 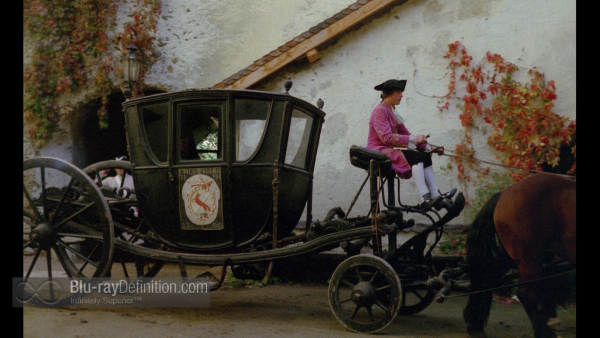 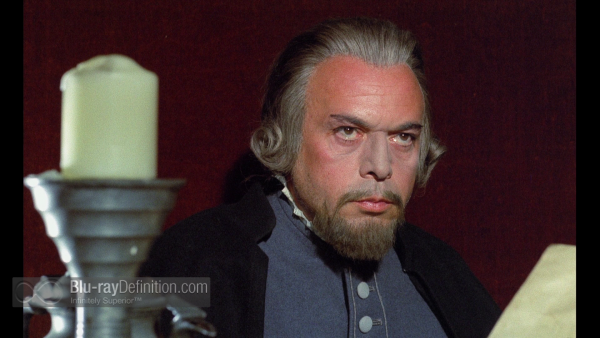 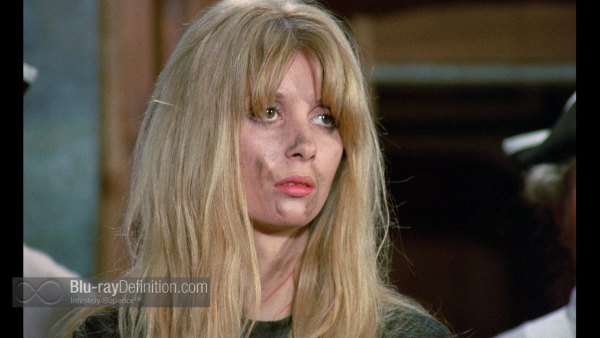 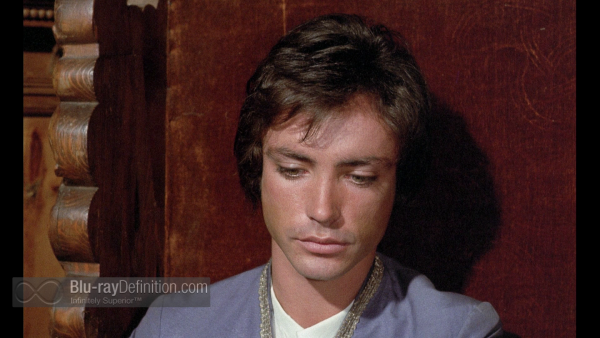 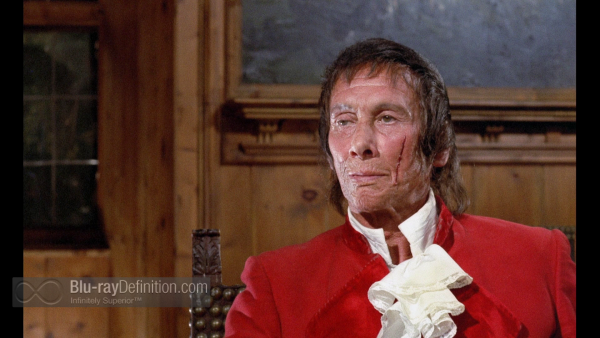 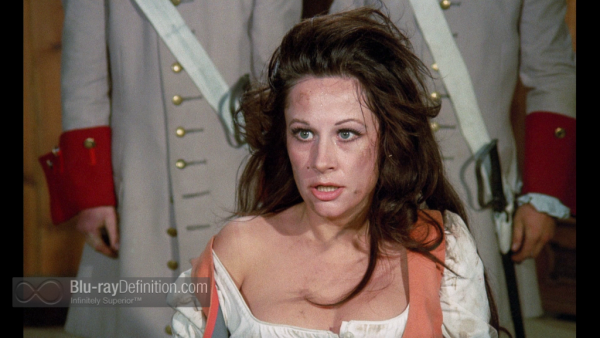 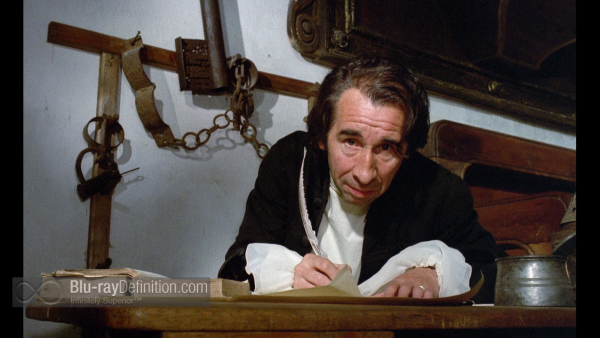 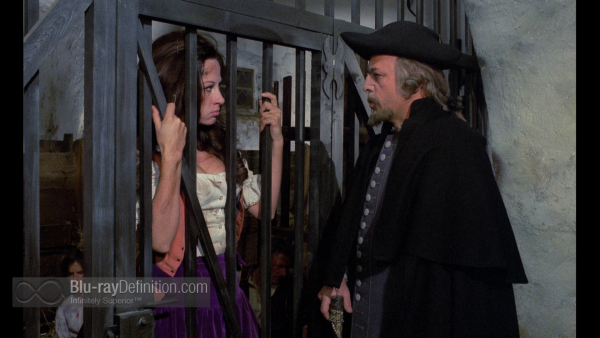 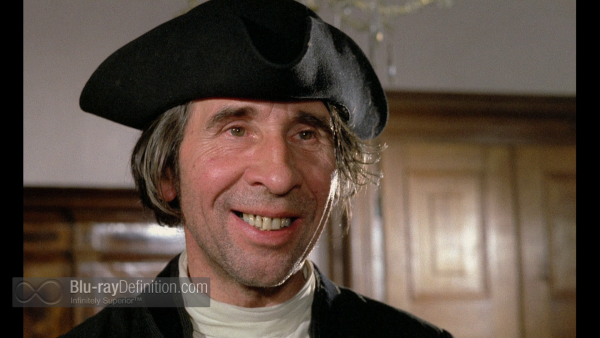 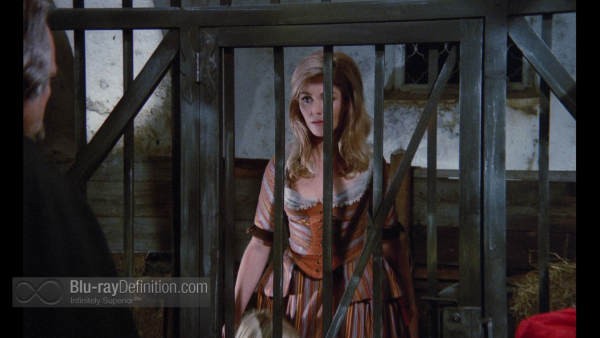 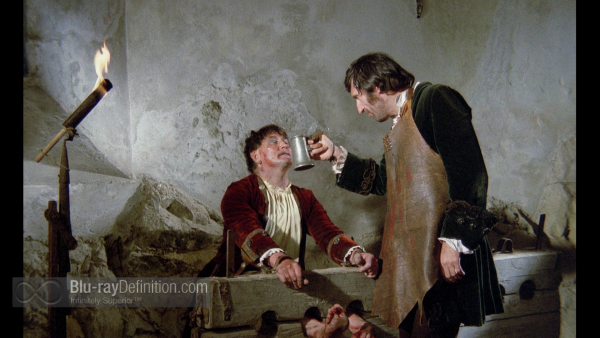