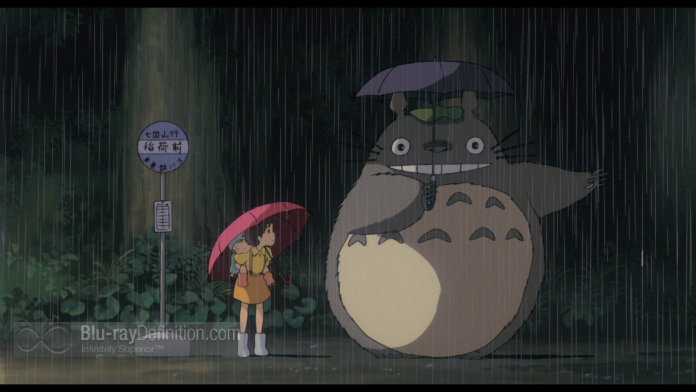 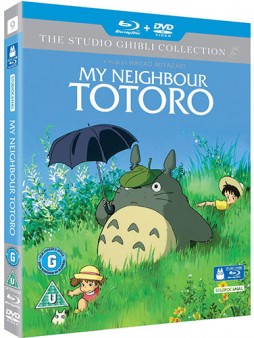 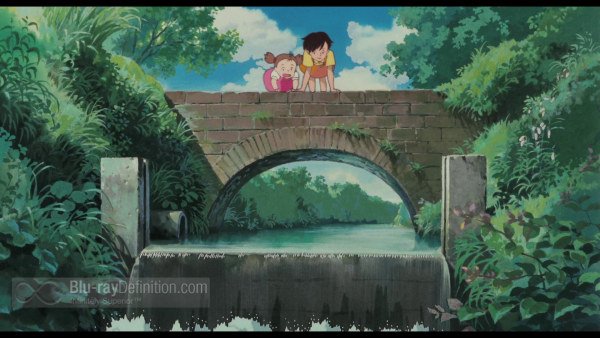 Not initially a theatrical success, Hayao Miyazaki’s My Neighbor Totoro would eventual find great success in the broadcast aftermarket and has gone on to become one of his most beloved creations. A paean to childhood wonder, naiveté, imagination, and the traditions of Japanese country living, the film focuses on 12-year-old Satsuke and her inquisitive little sister Mei who move with their father into an old house in the countryside to be closer to their mother while she convalesces in hospital. In the peace of the countryside, the two sisters find themselves in a magical world filled with magic – dust bunnies, forest spirits, and the big, furry, lovable forest creature Totoro.

Part fantasy and part coming of age story, My Neighbor Totoro is a magnificent slice of family life. Even more fascinating is how at every turn the wonderful imagination of the young girls is encouraged and Miyazaki offers such an intimate and loving portrait of family life. But, the film never lapses into the saccharine either, as we are always aware with the very real-life issues facing each of the girls as they confront the reality of their mother being in the hospital and, perhaps, never coming home again. Through the beautiful artistic vision that transforms woodlands into wonderlands and homes into fantastical places of exploration as well as the warm center of the family unit, My Neighbor Totoro reaches across all lines, all boundaries, for an immediately enjoyable and recognizable triumph of the spirit. 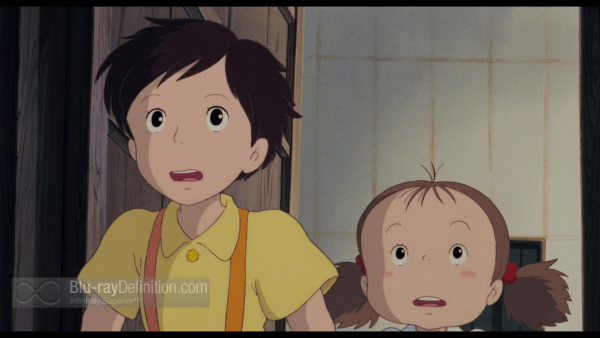 My Neighbour Totoro doesn’t look awful, but it doesn’t reach the levels of detail and dimensionality of the Japanese releases of the films on Blu-ray or even the Disney releases. This appears to have been cleaned up slightly through HD-DVNR and DNR, which has softened the image a bit, but it still retains a little of its film-like quality in this AVC/MPEG-4 1080p/24 transfer. 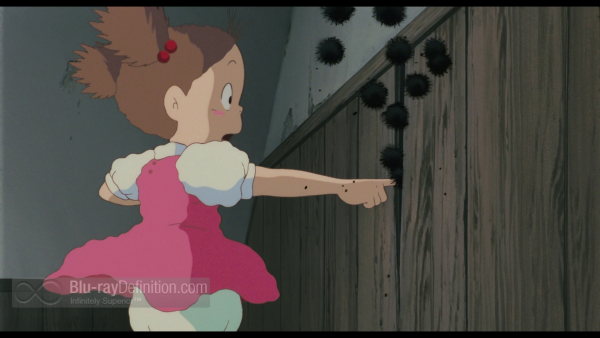 The soundtrack is offered in LPCM 2.0 (48kHz/16-bit) stereo for both the original Japanese and English dub. They offer clean dialogue, subtle dynamics, and a natural spread of sounds across the stereo spectrum. 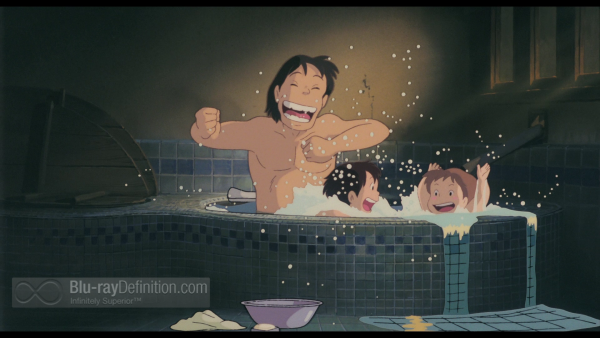 The disc offers numerous interview segments with Miyazaki and his producer Toshio Suzuki discussing the development of the film, plus a look at the English voice cast. 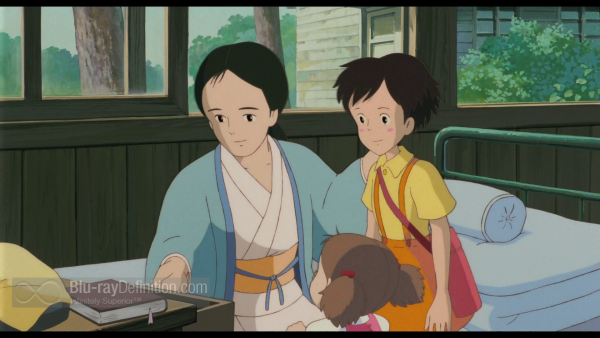 Miyazaki’s joyous classic, My Neighbor Totoro is a fascinating journey of youth, family, and imagination that everyone can enjoy. Beautifully animated and scored, the film arrives on Blu-ray from StudioCanal with a solid transfer. 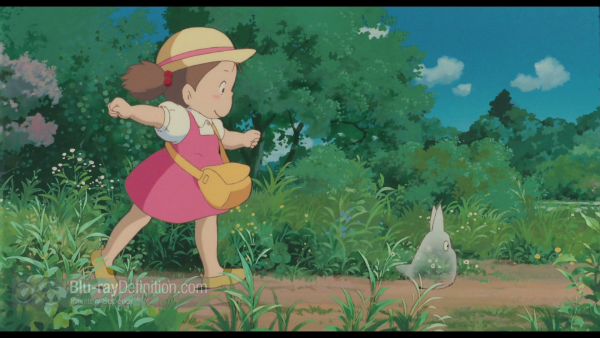 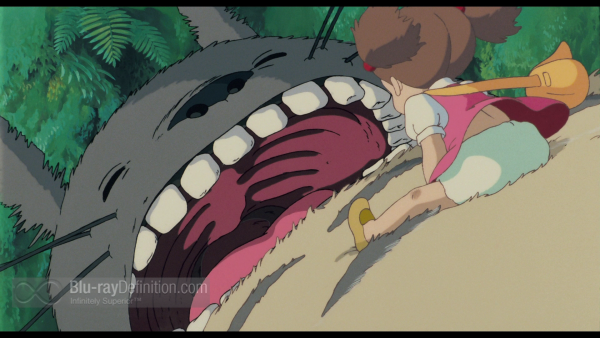 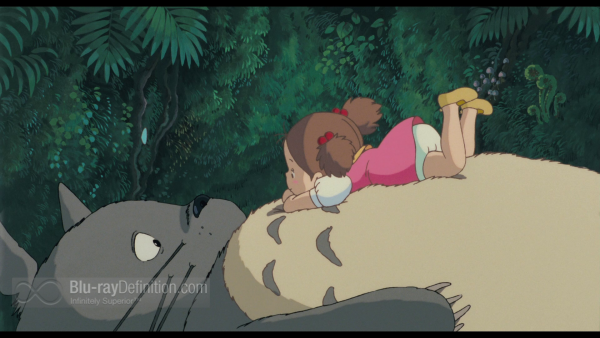 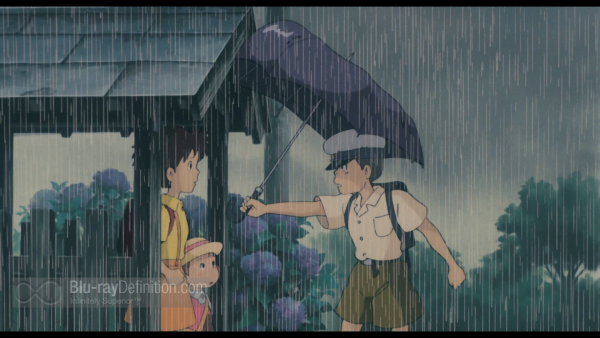 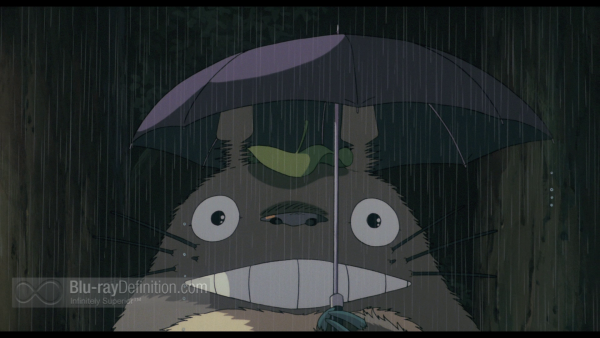 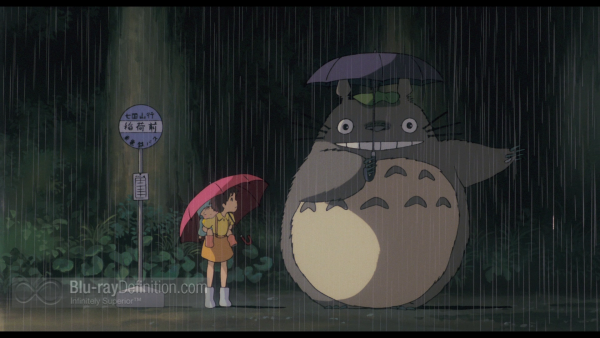 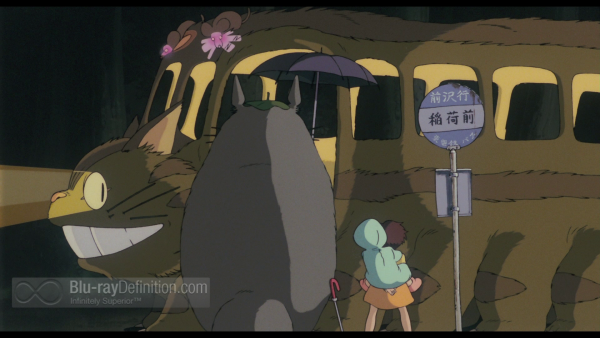