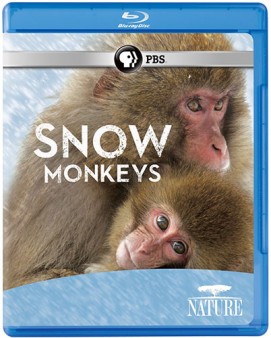 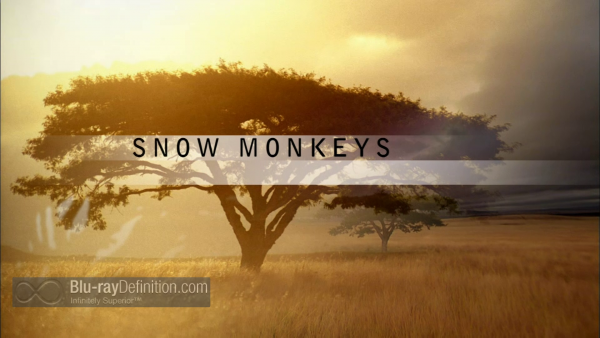 One of the latest of the PBS series Nature’s documentaries to arrive on Blu-ray is this engrossing tale entitled Snow Monkeys. From the title you can tell that it follows Japan’s snow monkey population high in the frosty valleys of the Shiga Highlands. Beyond that, however, Snow Monkeys actually sculpts and engrossing tale about a single group of these fascinating creatures’ struggle to survive the various seasons. At the center of it, a newly anointed leader of the group – crotchety, intolerant of the youngsters, and a loner – and a young low-born one-year-old who in his naïve youth decides he won’t leave the leader all alone. In the rigid social structure of the snow monkeys, the youngster, being from a low bloodline may very well have been stuck in his low status, but he unwittingly becomes the best friend of the group’s powerful leader, a fact that does not go unnoticed by the other members of the group.

Snow Monkeys is filled with all the beautiful cinematography we have come to expect from Nature and has a rather sweet story at its core, even in some of the lowest points (a female tries to rescue an abandoned baby lost in the woods and nurse it along with her own offspring, but in the end the baby dies anyway). It’s a heartfelt, truly addictive story and one that is gorgeous to watch. 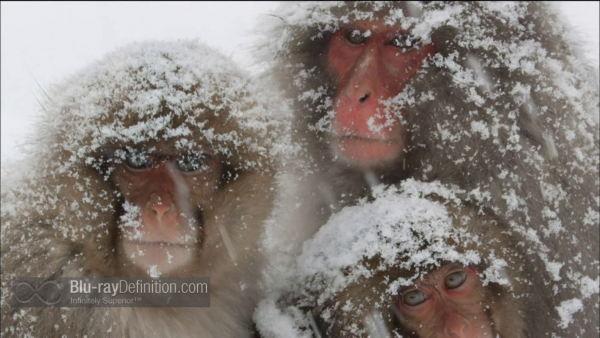 The 1080i/60 AVC encodement of this HD production is a nearly flawless one with superb detail showing the slightest strands of fur or individual drops of rainfall. Issues with combing artifacts are nonexistent, though there is just the subtlest hint of softness. 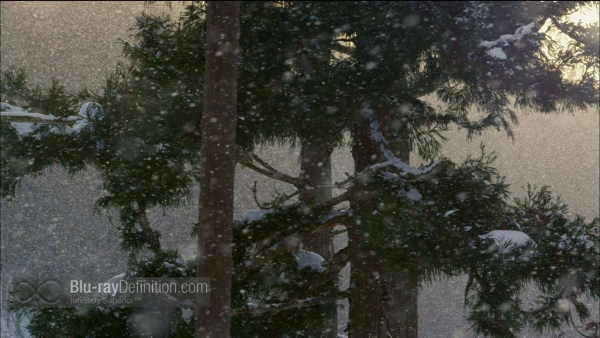 The option of a lossy Dolby Digital 5.1 sound mix or a LPCM 2.0 stereo mix are offered as well as Descriptive Video Service. The surround track is good, but it could have been just a little more engrossing, providing more atmospheric effects in the surround channels to help place us right in the wild with this group of snow monkeys. The stereo track would suffice as well with a good stereo field and clear dialogue. 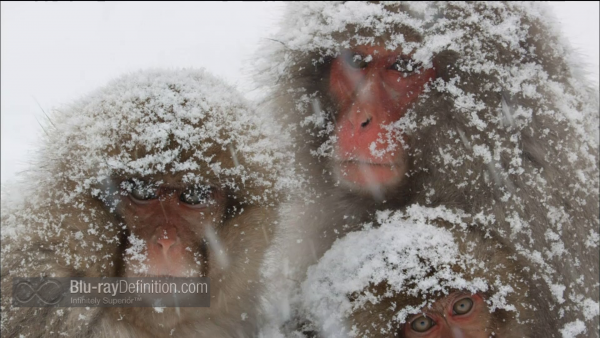 Typical of most of these PBS Nature releases we get nothing in the supplementary department. 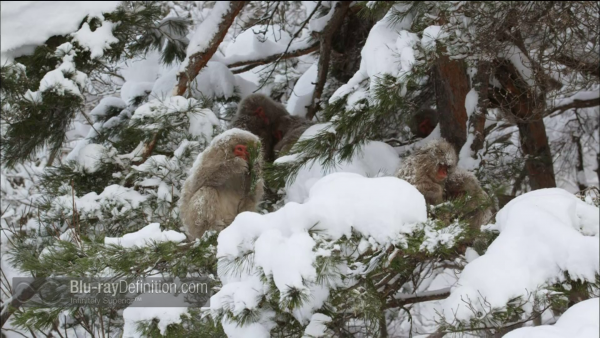 The struggle for survival, rank, and companionship all play out in this beautifully filmed and written documentary from the folks at Nature. Snow Monkeys is one of the better documentaries to come along from the series in recent times. 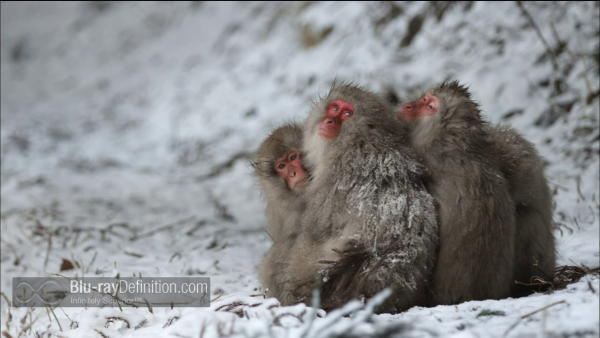 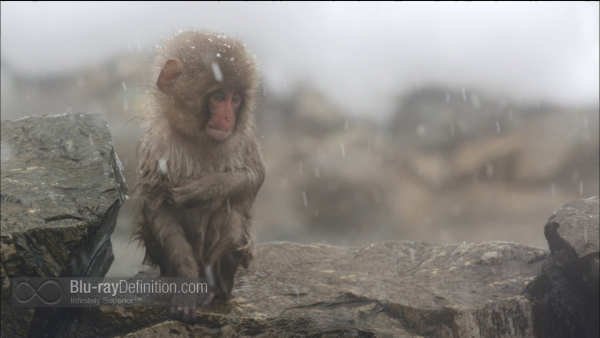 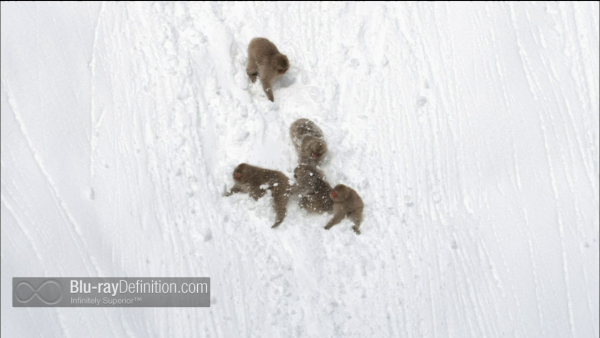 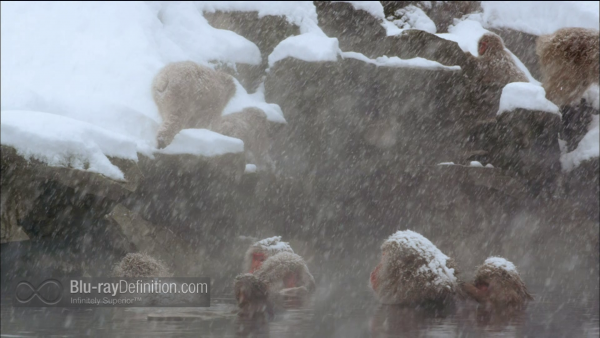 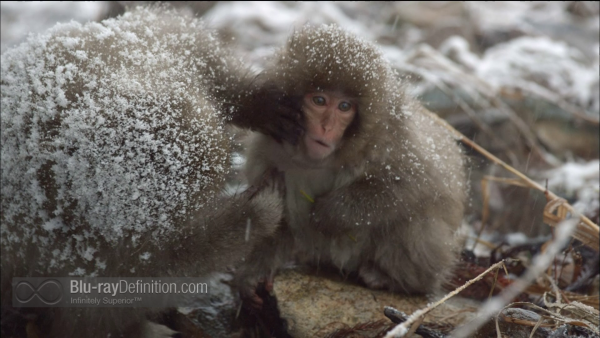 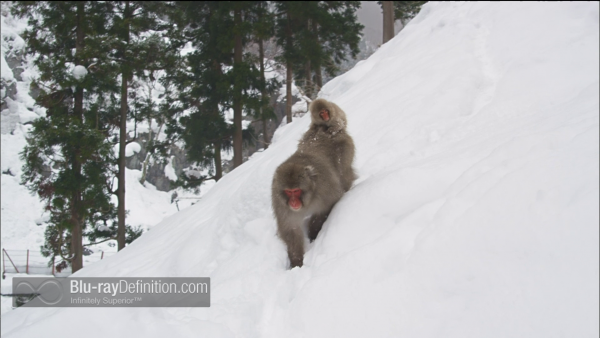 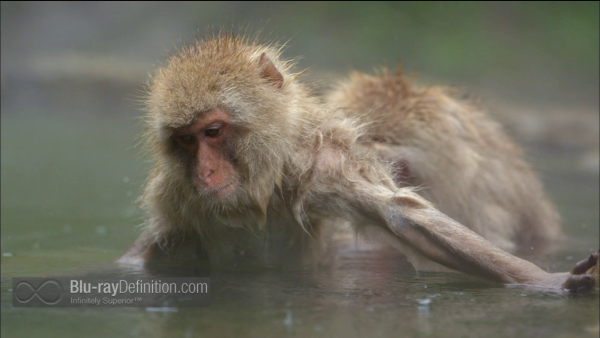 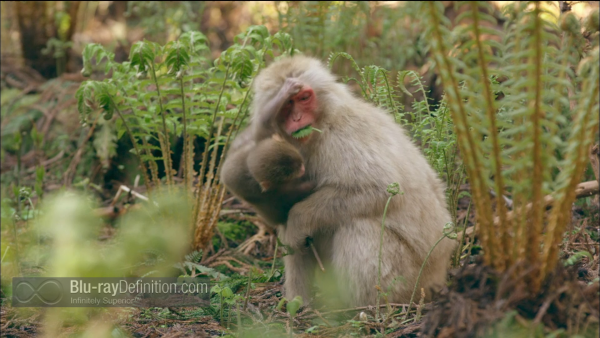 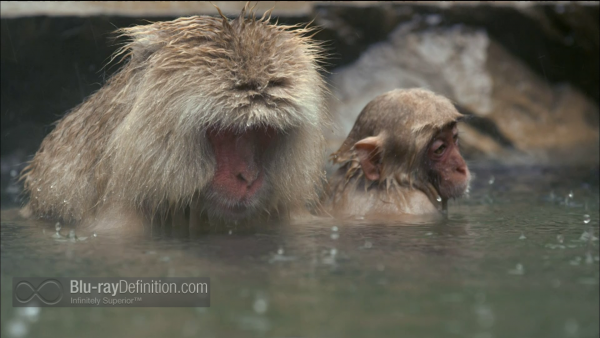 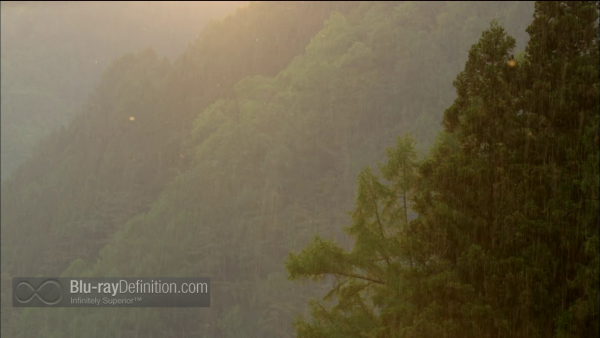 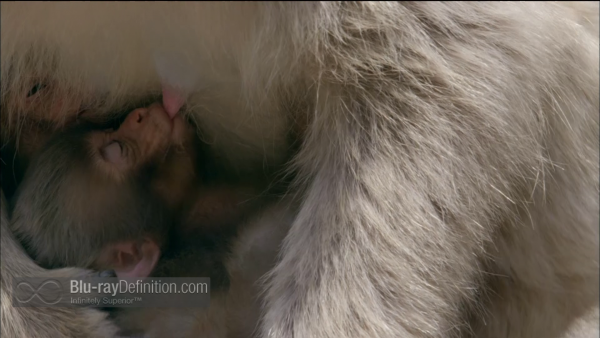 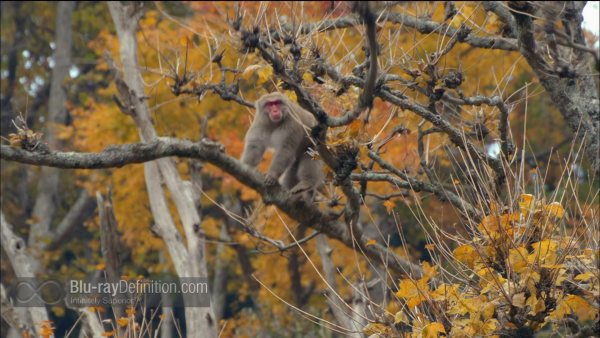 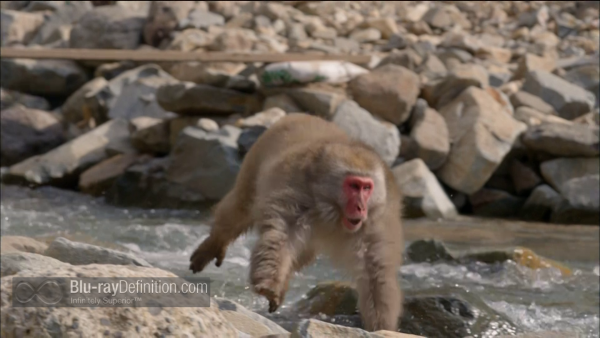 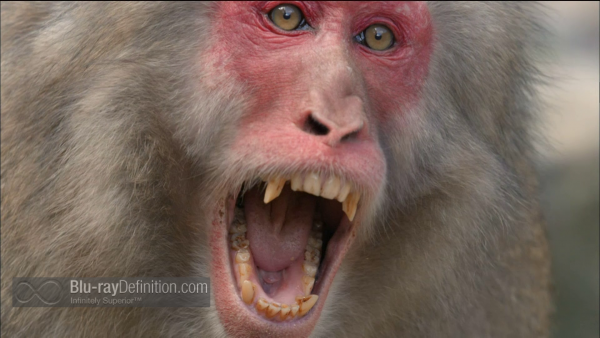 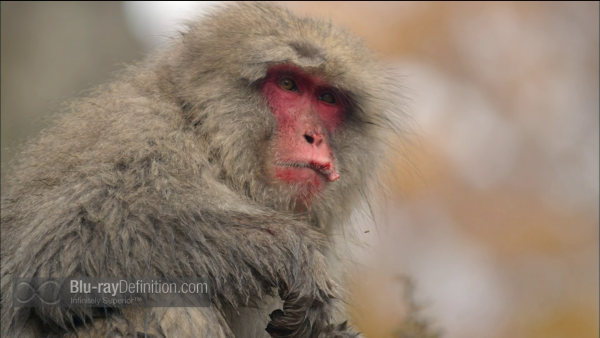