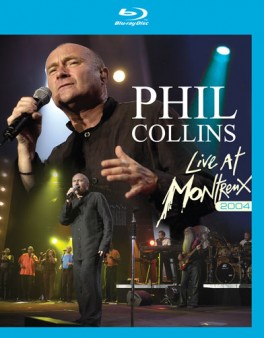 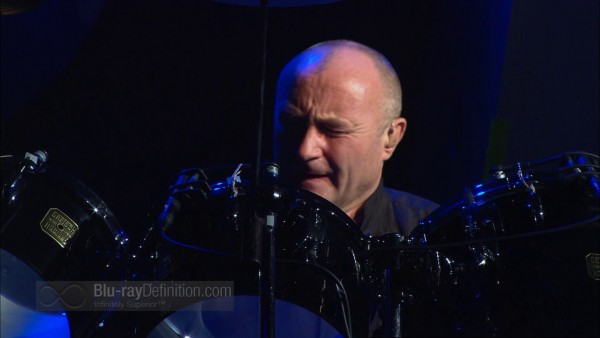 Ah, Phil Collins, the former frontman and drummer for prog-rock greats Genesis. Surely battles have been waged for decades by music lovers over who is better – Phil Collins or original Genesis frontman Peter Gabriel. I fall into the camp who prefers the latter, both with and without Genesis. That’s not to say that I don’t appreciate Phil Collins; not at all. In fact, when it comes to Genesis, at least, right up through ABACAB, I’m with them, even though I still prefer the Gabriel-fronted material. After that, things become far more clearly defined. The line gets drawn as Genesis and Collins hit the 1980s and go way over toward the commercial side and Gabriel, though he would flirt with superstardom after the release of his Daniel Lanois produced album So, maintained more of an aloof, alternative/progressive/world beat aesthetic.

But enough of that. Collins clearly has his following and a rather long list of big solo hits, which is what this 2004 Montreux appearance was all about. There are no Genesis numbers included in the set, just all of the hits from Collins’ illustrious solo career, including his many Brit-soul ballads, like “One More Night,” his cover of “Groovy Kind of Love” and “Against all Odds.” Of course, no Phil Collins show would be complete without his first major solo breakthrough, “In the Air Tonight,” an obvious crowd pleaser. 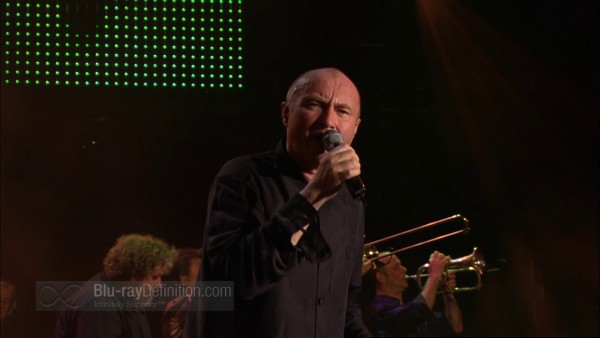 An original HD production, Phil Collins: Live at Montreux 2004 shows up on Blu-ray in a 1080i/60 AVC/MPEG-4 encodement that has a respectable amount of detail, a life-like image and reasonably clean appearance for a concert disc. While it isn’t the sharpest looking imagery I’ve seen for a show, given the 8-year-old vintage, a lifetime in the world of high definition production, it looks pretty good. 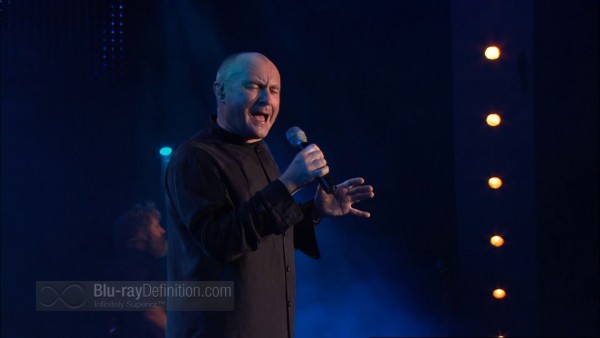 It’s unfortunate that on the audio side of things, this Montreux show only arrives in a 48kHz/16-bit offering, be it the lossless DTS-HD Master Audio 5.1 or the LPCM 2.0 mix. Still, one can listen to either mix and hear a very solid effort. Deep bass notes, thumping rhythms a good sense of dynamics and performance space mark the 5.1 mix while the 2.0 offers up the same with a little less spacing and low frequency extension. A 24-bit version might have helped take the edge off the high slightly and made some trail offs sound a tad bit or natural. 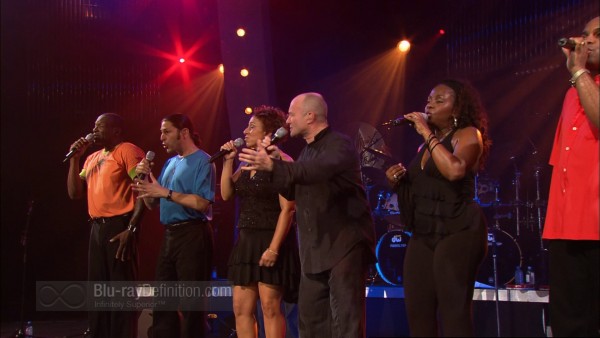 Supplementing the 2004 show is a 1996 set (in standard definition) with the Phil Collins Big Band, led by the legendary Quincy Jones, with guest appearances by Tony Bennet, amongst others. The set includes some of Collins’ biggest hits arranged in the jazzy, big band style, without vocals and Collins on percussion. 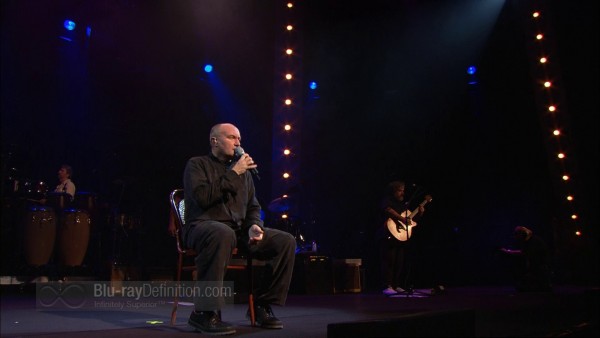 A good, if somewhat lacking in overall energy, live greatest hits package for Phil Collins fans, Live at Montreux 2004 puts the focus squarely on the singer/songwriter/drummer’s solo career. With the long list of tracks, it proves that he has had a very successful one at that. Recommended. 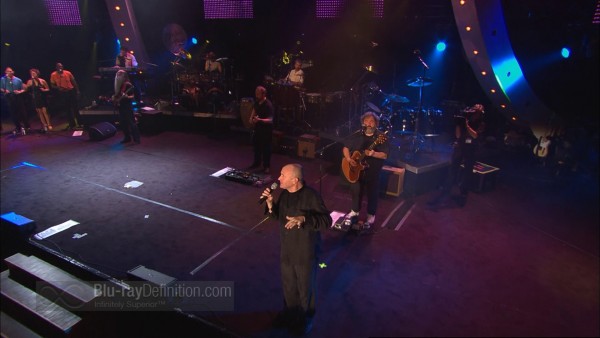 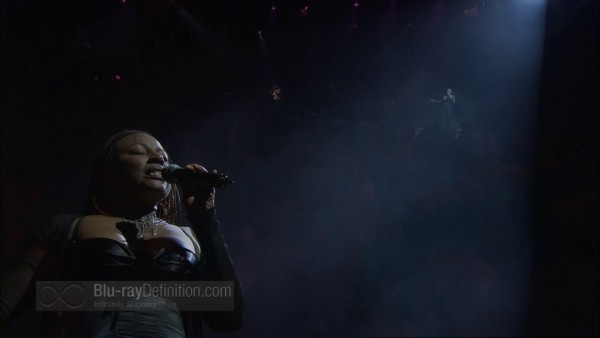 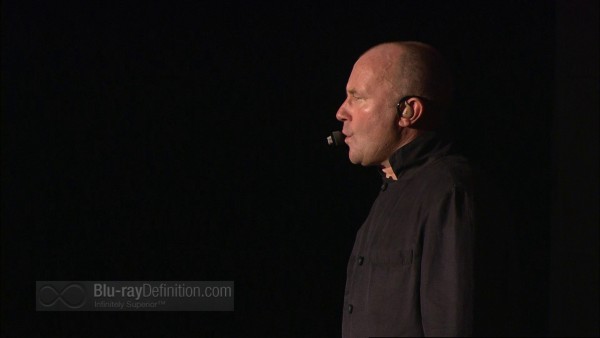 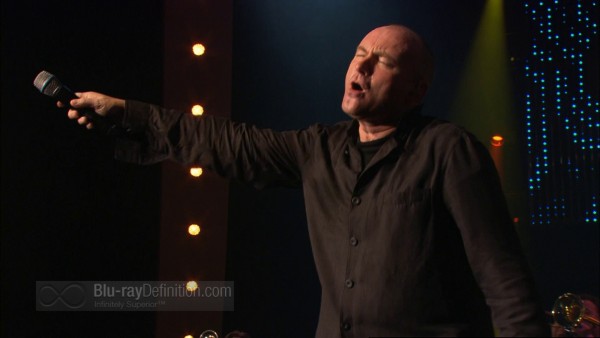 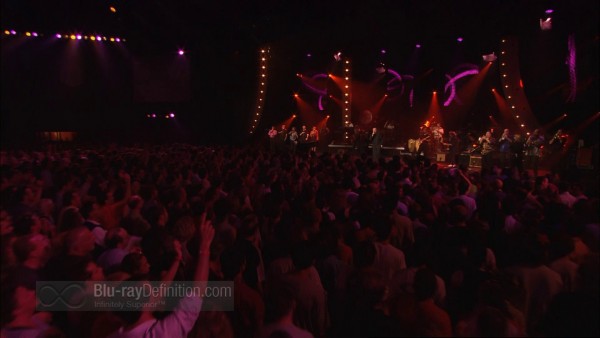 Join the Discussion On Our Forum