Plus One (Blu-ray Review) 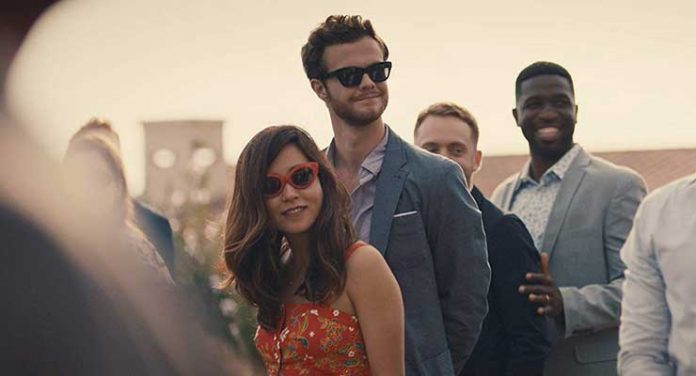 Writer/directors Jeff Chan and Andrew Rhymer try to do the impossible with Plus One, and that is to make a rom-com that doesn’t devolve into all of the clichés we have seen before from this well-worn genre. While the film does visit many familiar tropes, it mostly succeeds in crafting something sincere, funny, and just a little bit different enough.

Alice (Maya Erskine, Hulu’s Pen15, When Jeff Tried to Save the World) and Ben (Jack Quaid) are good friends from college and single. Alice has recently broken up with her boyfriend and Ben has a difficult time staying in a relationship, always managing to find a reason to break it off with whomever he happened to be with. With both of them facing a summer of what they feel will be unbearable weddings to have to attend alone, they make a deal to be each other’s ‘plus one’ for the string of ten weddings, acting as each other’s wingman and wingwoman. What they find instead is that love may have been right beside them all along.

Maya Erskine is the true standout of the true standout star of Plus One. Known mostly as the co-creator of Hulu’s Pen15 at this point, she is hardly the prototypical rom-com leading lady. She’s the kind of actress usually relegated to the star’s best friend or even the friend of a friend, but she is stellar in her role. Not only is she gorgeous, but her comedic command infuses a natural humor into the genre that usually feels so forced.

And speaking of tropes – they are obviously here in the very fact that this is taking place over the course of several weddings, but those tropes are subverted brilliantly. There’s no ‘meet cute’ between our leads. In fact, when Ben laments during one of their weddings that he hasn’t had a meet cute, Alice shoves him out of the seat on the van they are riding in so that he falls next to one of the attendees.

Plus One is the kind of rom-com that has the potential to become a long-lasting classic of the genre, breaching the bounds of its indie status and joining such classics as When Harry Met Sally or Four Weddings and a Funeral. 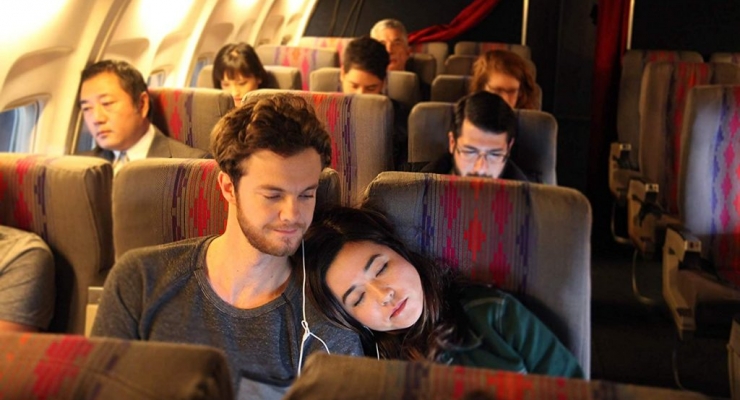 The film arrives with a 2.35:1 AVC 1080p encodement on Blu-ray. It’s a rom-com, so there’s nothing that stands out like a film with lots of CGI and strong color gradings, but the 4K source (it’s available digitally in 4K Ultra HD without HDR) looks solid, with only a little bit of color banding. Flesh tones are natural and detail is crisp, not as crisp as the 4K digital stream, but it also doesn’t have the artifacts of the streaming version.

Plus One is given an English DTS-HD Master Audio 5.1 mix. There’s nothing aggressive about this mix, but it suits the material well. Atmospherics in the surround channels is well balanced and the songs on the soundtrack, many of them from the band Real Estate, sound punchy and spacious.

We only get a few deleted and extended scenes (HD) on this release.

A funny, heartfelt, romantic comedy that subverts the usual tropes and manages to avoid most of the clichés of the genre. Maya Erskine puts in a brilliant, funny performance in the lead and this Blu-ray from RLJ offers satisfying A/V performance.

3.3 / 5 TheaterByte Rating
{{ reviewsOverall }} / 5 User Rating (0 votes)
Red Hour Films | Studio71 | Firewatch | The Bindery | Lunacy | Inwood Road Films | Particular Crowd | RLJE FilmsStudios & Distributors
Jeff Chan | Andrew RhymerDirector
Jeff Chan | Andrew RhymerWriter
99 Mins.Run Time
$29.96MSRP
6 August 2019Release Date
2.35:1Aspect Ratio
AVC 1080pVideo
English DTS-HD MA 5.1Audio
English SDH | French | SpanishSubtitles
The Creative Content
The Video
The Audio
The Supplements
Summary
Two single friends from college facing 10 summer weddings agree to be each other's 'plus one' during wedding season only to find they may have had love right next to them all along. Plus One manages to subvert most of the rom-com tropes while still providing a funny and pleasant romance that has a good shot at becoming a genre classic. The film stars Maya Erskine of Hulu's Pen15, who puts in a breakout performance in the romantic co-lead and Jack Quaid. RLJE's Blu-ray, while a bit barebones, is none the less a satisfying A/V presentation.
What people say... Login to rate
Order by: