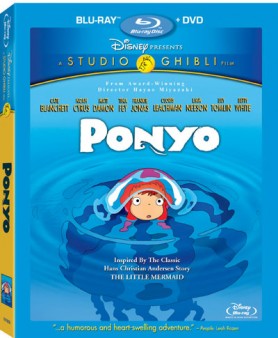 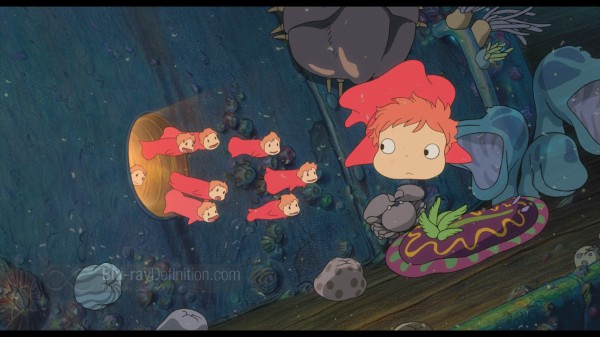 Ponyo is the latest world conjured up by famous Japanese filmmaker Hayao Miyazaki. Based on the Hans Christian Andersen story The Little Mermaid, Ponyo is the story of a little goldfish-girl who dreams of running away from her father’s underwater aquarium and exploring the world above the sea. One day, when her father is not looking, she swims away and makes for land, getting caught up in a fishing boat’s net and stuck in a bottle. She’s found washed ashore by a young boy named Sosuke who names her “Ponyo.” Sosuke breaks her out of the bottle, saving her, and cuts his finger in the process. Ponyo licks the blood from his finger and heals his cut.

But Ponyo’s father, fearing she has been kidnapped, uses his magic, and summons spirits of the seas to help him locate Ponyo, forcing her to come back to the sea with him. This saddens both her and Sosuke and Sosuke leaves out the green pail he was keeping her in so she can find her way back. In defiance of her father, Ponyo uses her magic and begins to turn herself into a little girl so she can be with Sosuke, something made possible because she licked Sosuke’s blood. Her father uses all his might to reverse her change and he traps her in a bubble to keep her from leaving.

Ponyo’s little sisters help her break out and she releases her father’s powerful magic to help her complete her change into a little girl, which causes a great typhoon and a terrible imbalance in nature. She then sets out to find Sosuke, who she has fallen in love with. Ponyo spots Sosuke and his mother Lisa trying to make their way back home in the middle of the powerful storm and eventually the two are reunited, spending the night together at Sosuke’s house. When Ponyo falls asleep the storm settles and Lisa, Sosuke’s mother, sets off to check on the elderly folks at the nursing home where she works, but the next morning the entire home is surrounded by water and Lisa has not come back. Sosuke and Ponyo must set out on an adventure to find Lisa and they realize that prehistoric sea creatures have come back to life and the moon is falling out of orbit, coming closer to the Earth. Eventually the two children will have to face Ponyo’s mother and father, making a choice that will have repercussions on both their lives and the balance of nature on the planet.

Miyazaki Hayao’s Ponyo is a magical adventure that hits one right in the heart. It is effortlessly sweet and endearing. Children and adults alike will find much to appreciate in its thoroughly entertaining story and spectacularly animated graphics. 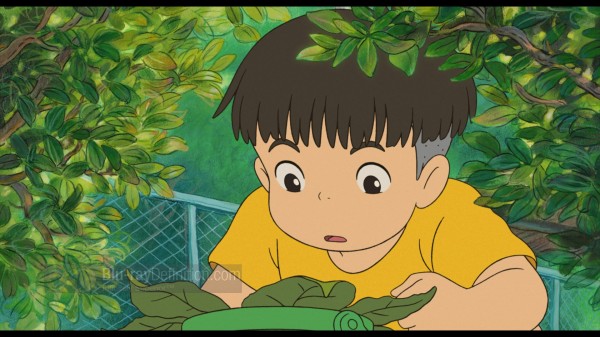 Ponyo arrives with a beautiful 1.85:1 AVC/MPEG-4 high definition encoding from Disney. There’s one thing Disney has proven and that is they know how to bring animation to Blu-ray in a spectacular fashion; Ponyo is no exception. The detail that is apparent in the beautiful backgrounds are picture perfect. Colors are rich, line art is clean — this is a flawless and artifact-free encoding that becomes yet another reference of hand-drawn animation on Blu-ray. 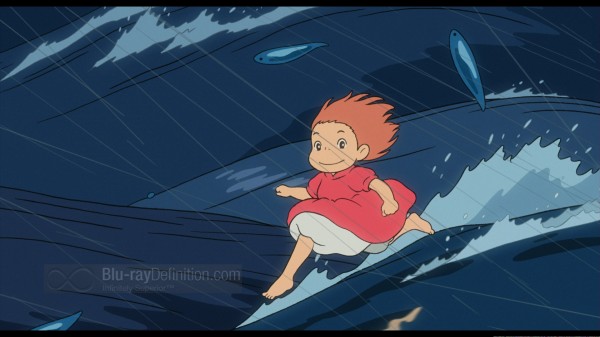 Purists will have a lot to criticize about this release of Ponyo. Although there is a very good DTS-HD Master Audio 5.1 lossless mix included for the English version, the original-language Japanese track is only provided in a lossy Dolby Digital 5.1 configuration.

The DTS-HD mix is quite good, with nice dynamics, smooth high frequencies, clean dialogue, and an even balance of discrete sound effects panned through the surrounds and low-level atmospherics. 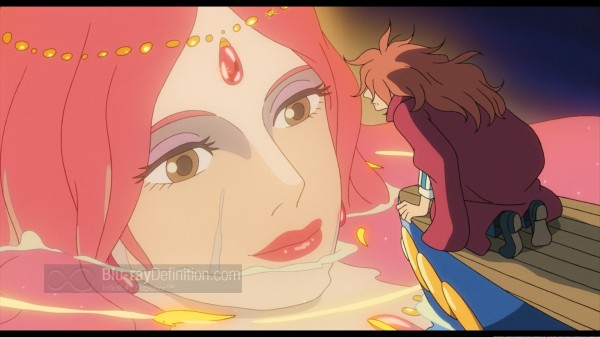 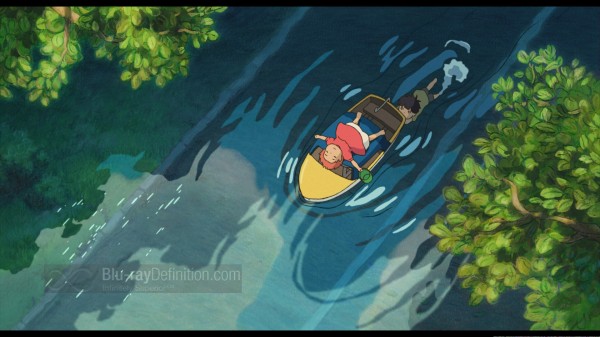 Ponyo may be the best animated film of the year. It is fantastical, wholesome, heartrending and well crafted. The animation is well up to Studio Ghibli and Miyazaki’s standards and the Blu-ray release from Disney is a true reference. 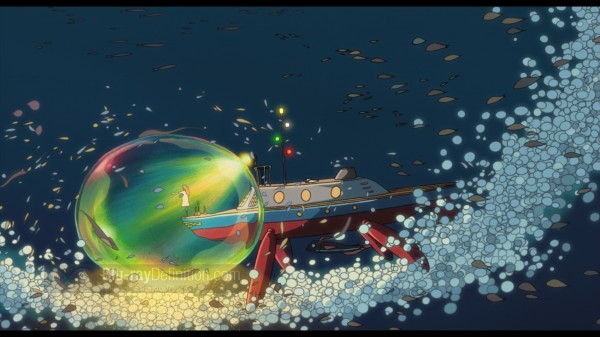 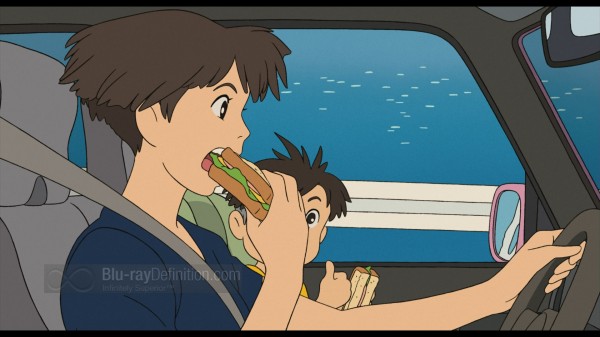 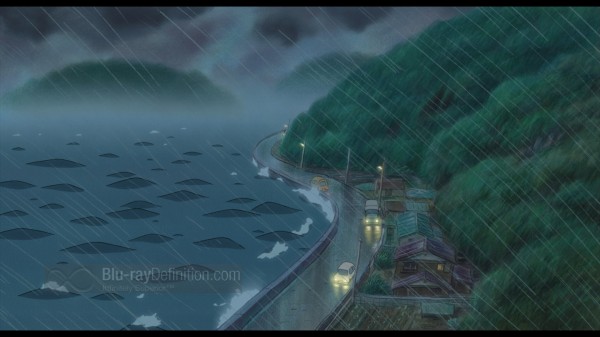 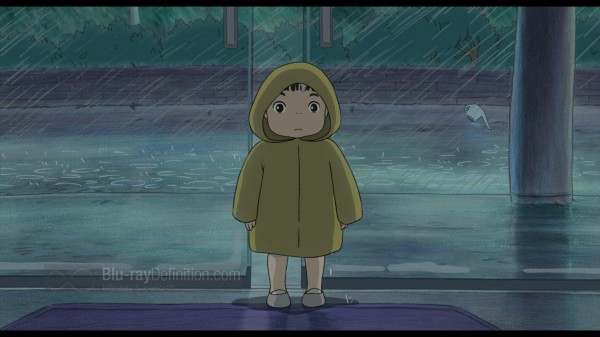 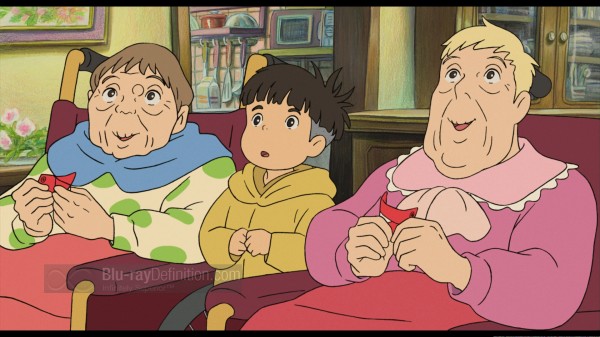 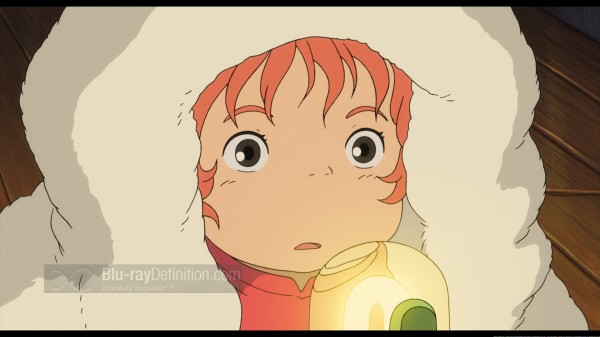 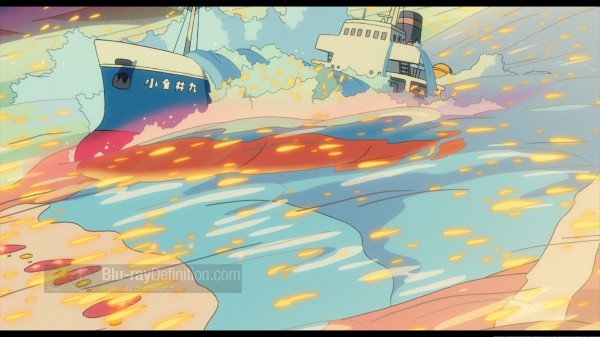 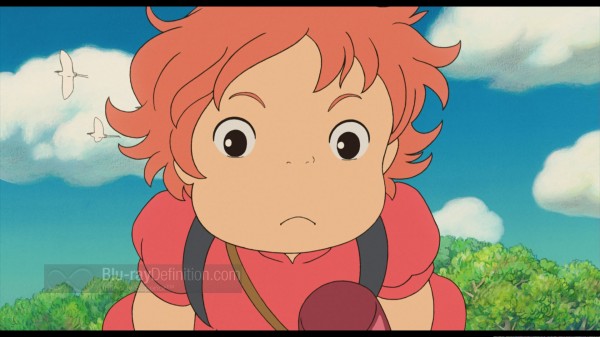 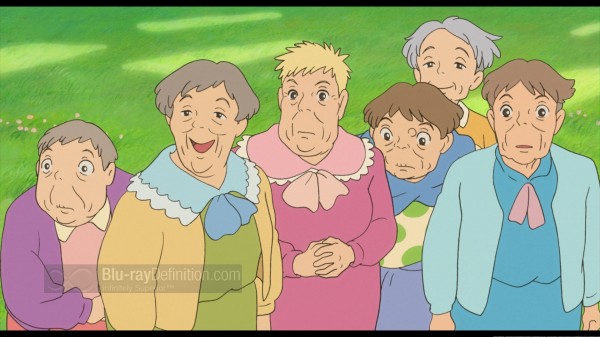 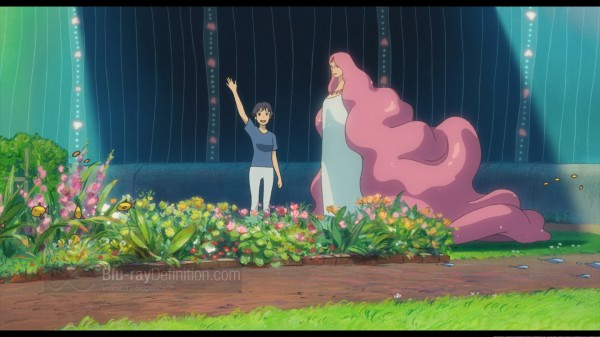