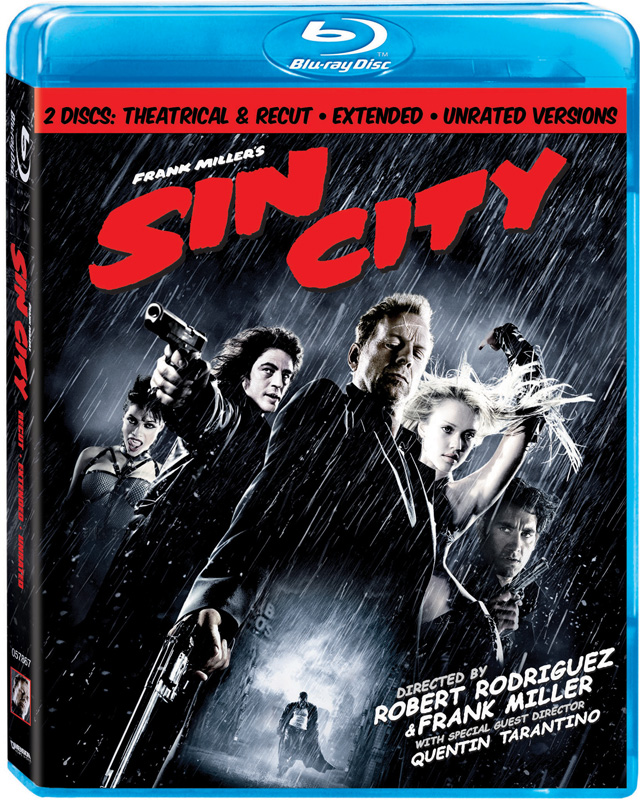 Sin City, the dark, gritty film adaptation of the Frank Miller graphic novels took the cinematic world by storm upon its release in 2005. Up until that point, Frank Miller had been most noted for his 1982 graphic novel The Dark Knight Returns, which resurrected the caped crusader from the campy world of spoof television series and men-in-tights and along with other graphic novels of the 80’s such as Arkham Asylum helped to recreated the myth of Batman and inspire Tim Burton’s Batman film from 1989. 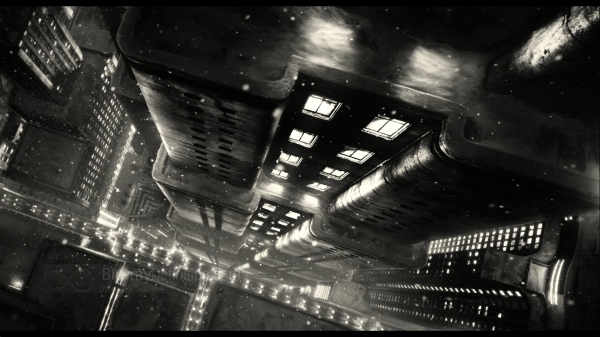 Hunting down Frank Miller to aid him in adapting three of the seven novels to films, the director went as far as to give up his membership in the DGA (Director’s Guild of America) when the guild took umbrage at Miller being given a co-directing credit. The results of the decision were well worth it, Sin City is pure film noir, crime pulp,  and one of the best — if not the best — comic book adaptations brought to film.

Next up is The Hard Goodbye, with Mickey Rourke as Marv, a rough-and-tumble guy with a disfigured face who spends a night of bliss with a beautiful blonde named Goldie (Jaime King) only to awake with hr murdered in his bed the next morning. Marv then goes on a violent spree to find Goldie’s killer, even eventually involving her twin sister and his gorgeous parole officer, Lucille (Carla Gugino). The search eventually leads him to farm where Marv comes up against a cannibalistic killer named Kevin (Elijah Wood) who proves to be the one opponent Marv can’t handle.

Finally, there is The Big Fat Kill, which finds Clive Owen as Dwight, a cop who has it really bad for a hooker named Gail (Rosario Dawson). Dwight gets embroiled in a situation with one of his girlfriends, Shellie (Brittany Murphy), ex-boyfriends after he roughs her up, and ends up trailing him, only to find that the ex, Jackie Boy (Benicio Del Toro) was a cop. Unfortunately for Dwight, this is after one of Gail’s patrolling girls has killed him. Now, Dwight, already straddling the fence justice and corruption, is drawn into a fight between the prostitutes of Sin City and the corrupt forces that want to run them out and take over the street — violently.

The Recut version on Disc 2 of this collection re-envisions Sin City into the separate, yet still intertwined, stories that they were originally intended as by Frank Miller and places them in chronological order. It also finally reassembles the short story “The Customer is Always Right” into one piece, instead of using it to bookend the film. Furthermore, Recut reinserts additional scenes that were removed from the theatrical release, and they feel perfectly at home now. 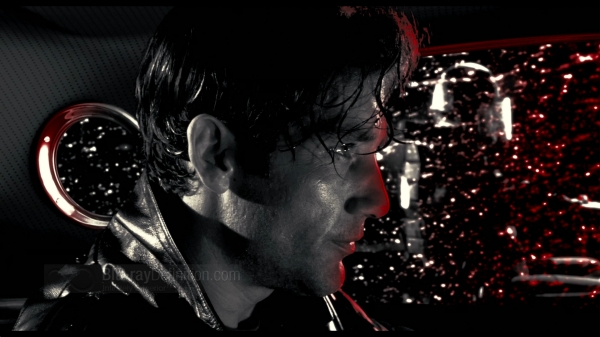 If you ever wanted to test how well your HD display was at reproducing blacks, this is certainly the title to do it with. This 1.85:1 AVC/MPEG-4 1080p/24 transfer has superb, obsidian blacks yet maintains a fine level of shadow delineation. Foreground and background detail is stellar, as every drop of ubiquitous rain in Sin City is visible and fine textures are all reproduced flawlessly, from the wrinkles on people’s faces to the creases on their leather jackets. Then, of course, there are the occasional flashes of bold, vibrant primary colors that absolutely jump from the screen. For a film that relies so little on color, Sin City on Blu-ray looks absolutely three-dimensional in this fine transfer.

It’s certainly not scientific by any means, but I’d say this transfer from Buena Vista Home Entertainment/Dimension Home Video looks superior to the Alliance release previously reviewed here on TheaterByte. It is sharper and more detailed, with deeper blacks and better contrast. 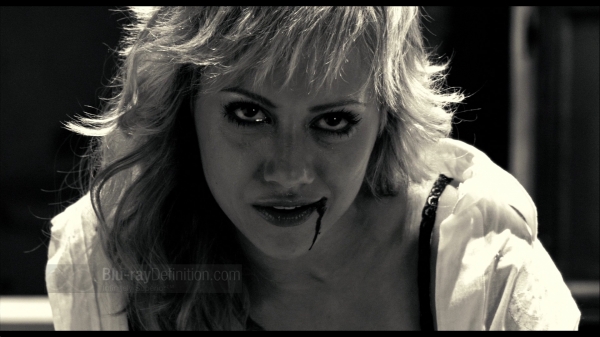 This US release of Sin City on BD is provided with the original English language track on a DTS-HD Master Audio 5.1 lossless encoding in addition to Portuguese and Spanish Dolby Digital 5.1 versions.

From the beginning, Sin City’s lossless 5.1 mix asserts itself as an all-encompassing fully engrossing wonder of sound design. All six channels are used aggressively as the surround channels are filled with the perfect amount of ambience that adds cohesiveness to the entire mix as well as discrete, directional sound effects, such as thunder, gunfire, sirens and more. The front channels are used effectively well, following action on and off screen. Low frequency extension is full, with punches landing thunderously, gunshots booming and explosions rattling the floorboards. Again, this US release seems to be mastered in superior fashion to the Canadian release from Alliance, with some clipping in the dialogue that was apparent on the Canadian release absent here, and also smoother sounding high frequencies and slightly more extended lows. This another exceptional, reference soundmix and mastering job from Disney’s Buena Vista. 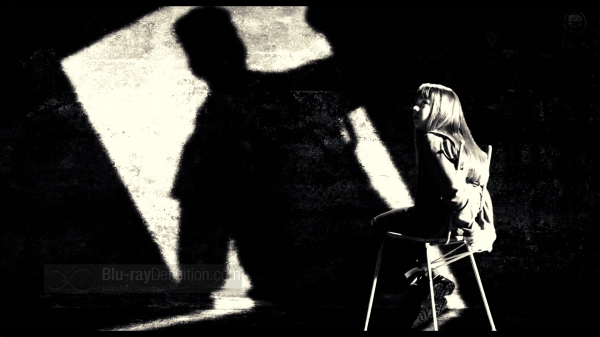 They haven’t skimped on the supplements for this highly anticipated two-disc release of Sin City, and although Disc 1 has some interesting extras, Disc 2 is where the real bounty is to be had. Unfortunately, nothing is available in high definition, even though Rodriguez makes reference to capturing some of the footage in HD.

The supplements available on this release are:
Disc 1:

Rodriguez Special Features — Director Robert Rodriguez takes you inside the astonishing world of Sin City. (1.33:1; 480i/60): 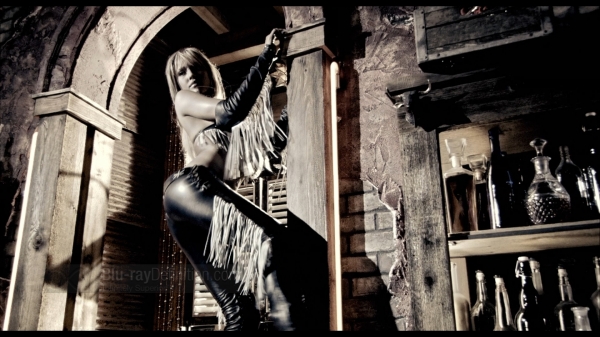 Sin City is one of the most successful adaptations of a graphic novel ever to the big screen. Disney continues to amaze with their Blu-ray releases, and this Recut & Extended release on Blu-ray from their Buena Vista Home Entertainment division packs much value and is a superb audio/video reference title for any collection.