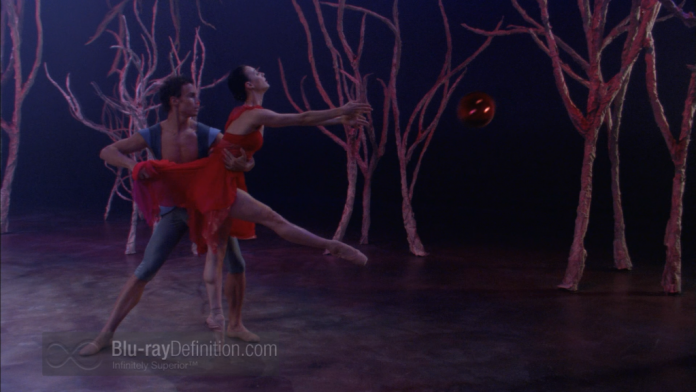 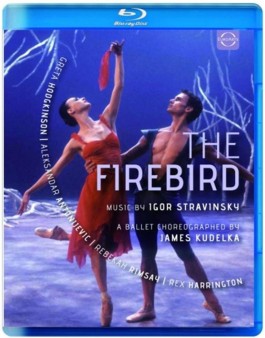 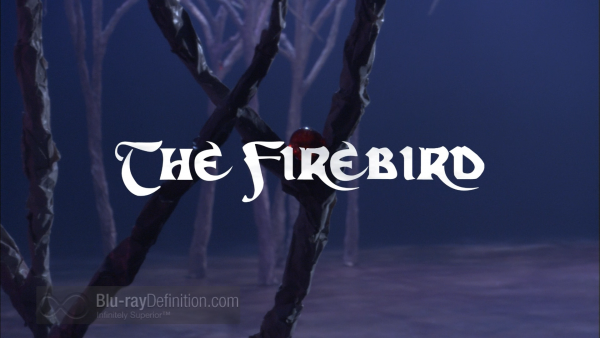 Igor Stravinsky’s ballet, The Firebird, was commissioned by the impresario Serge Diaghilev for his Ballets Russes.  Supported by Michele Fokine’s brilliant choreography, The Firebird premiered to great acclaim at the Paris Opera in 1910. The present performance stems from a production by the National Ballet of Canada with new choreography by James Kudelka, the former company director, and now artist in residence. 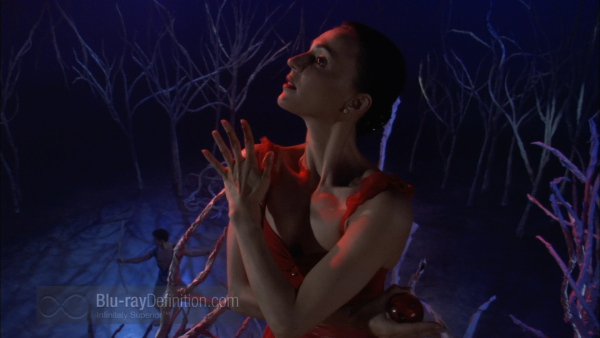 The story blends the legend of the Firebird with the folk tale of Kastchei the Demon. The ballet opens at night with Prince Ivan (Aleksandar Antonijevic) searching a dark enchanted forest for the exotic Firebird (Greta Hodgkinson). The Prince finds and captures the bird, but is so enthralled that he lets her go free. As a thankful gesture, the Firebird gives the Prince a magic feather to protect him from harm. 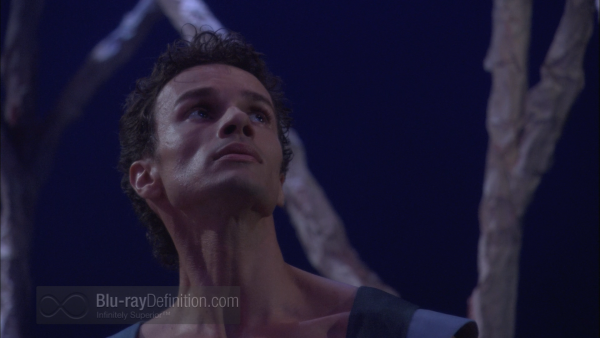 Kastchei (Rex Harrington) rules the forest and casts evil spells on anyone entering his realm.  Prince Ivan spies a group of beautiful princesses, captives of Kastchei, playing with magic apples. The Prince is smitten by the beautiful princess Vasilisa (Rebekah Rimsay) and when he throws her one of the apples, she immediately falls in love with him. The couple dances through the night but, at dawn, the princesses must all retreat into the woods. 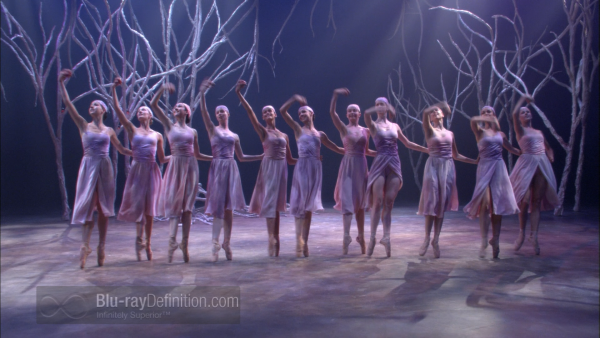 Forest creatures along with members of Kastchei’s court capture the Prince and take him to the Demon. A distraught Vasilisa pleads for Ivan’s release but Kastchei will have none of it and starts to turn Ivan into stone. Just in the nick of time and before he is completely petrified, Ivan pulls out the Firebird’s feather. The bird appears, frees the Prince and helps him kill the Demon. Prince Ivan and Princess Vasilisa, freed from the evil spells, look forward to a happy life together. 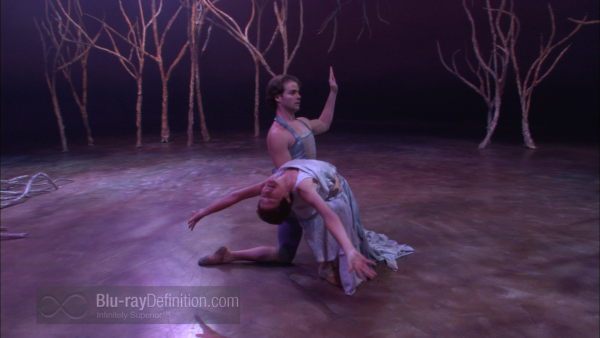 This production aired on Canadian television and, unlike what one would see in the theater, has the benefit of special effects, such as those that show the Firebird in flight. The producers incorporated a pre-recorded soundtrack that has the Kirov Orchestra led by famed maestro Valery Gergiev. 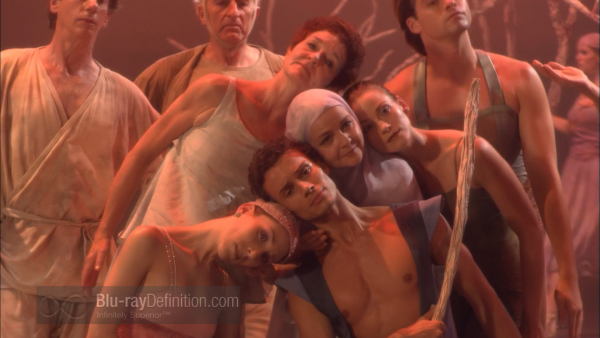 Of course, none of this would matter if the principal dancers were not as skilled as this lineup certainly is. Kudelka’s choreography will surely please traditional balletomanes and, aside from sparse sets, the attraction of the dance is well conveyed. As a sidebar, Victoria Bertram, a forty-seven year veteran of this company gets to play (and she does it well) Kastchei’s wife. 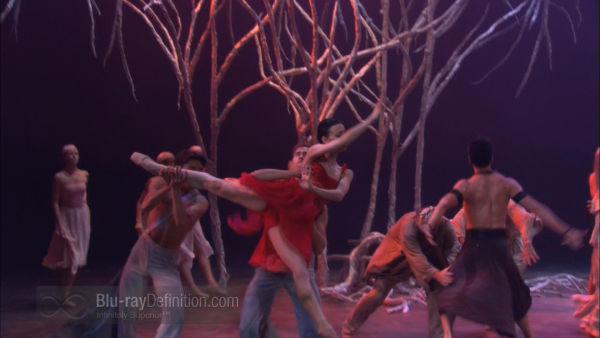 Close-up shots aside, there is a hazy visual texture that suggests mist when the cameras pull back and deliver the stage shots. Motion artifact is at a minimum. Colors are a bit muted and details a bit soft,  perhaps a consequence of the “mist” effect. 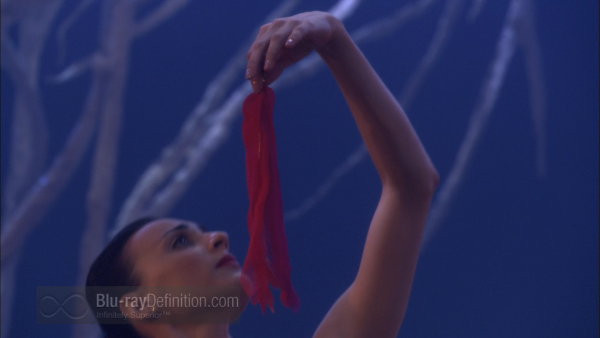 Since the soundtrack emanated from a two-channel (presumably the 1998 Philips recording), it is clear why the producers of this video chose the audio codec LPCM Stereo 48kHz/24-bit for this Blu-ray. That said, this audio choice does not detract from the recorded performance, as those who frequently attend live ballet performances know that many dance companies use pre-recorded soundtracks. 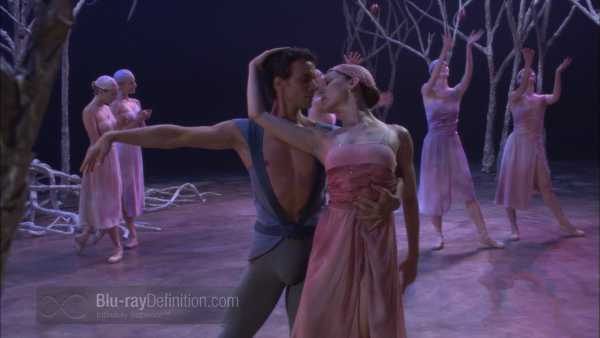 The program booklet lists cast and production credits and supplies a synopsis for the ballet and a nice background piece on composer Stravinsky and his creation of this masterpiece. There are also the customary EuroArts trailers. 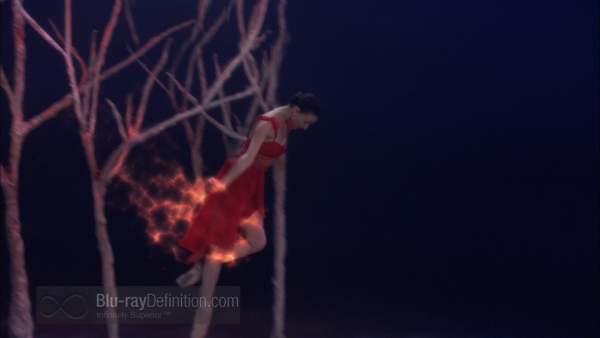 There are many ways in which this century-old ballet can be choreographed and staged. This new version of The Firebird most assuredly works for me and should be quite well received by ballet lovers, old and new. 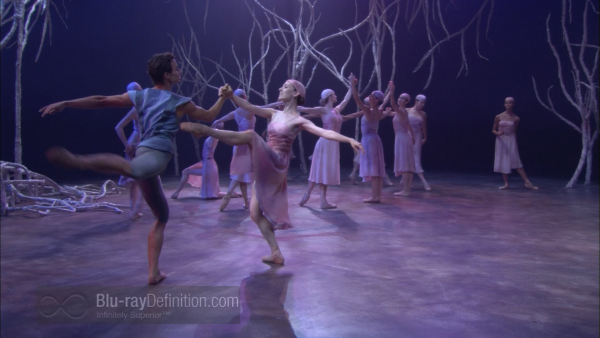 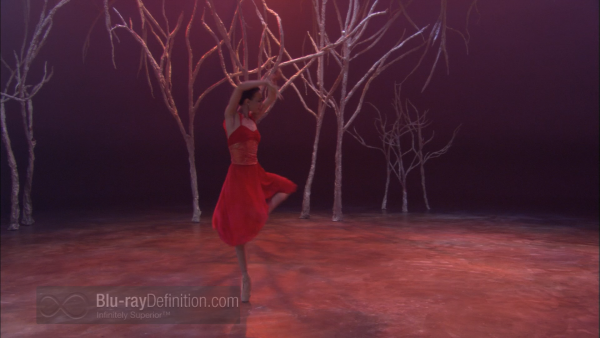 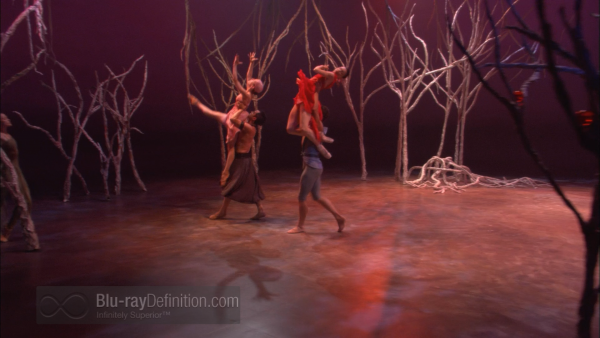 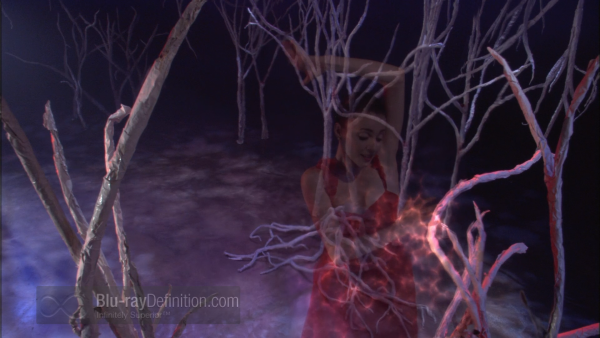 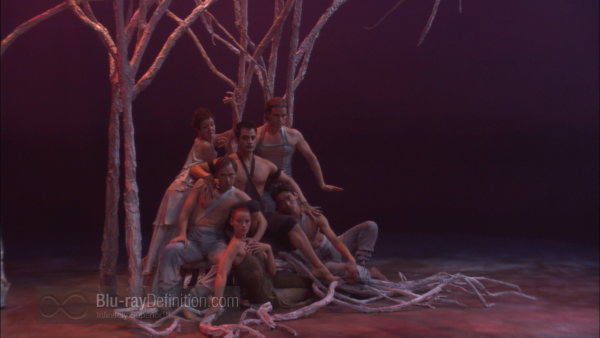 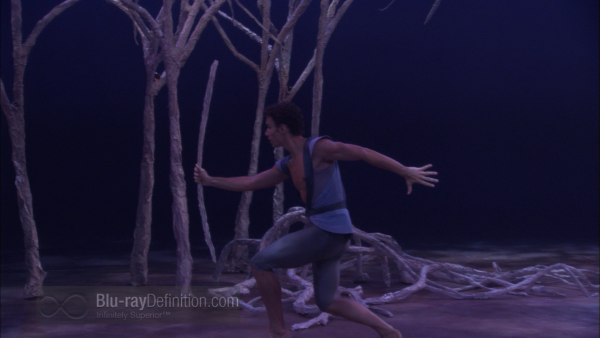 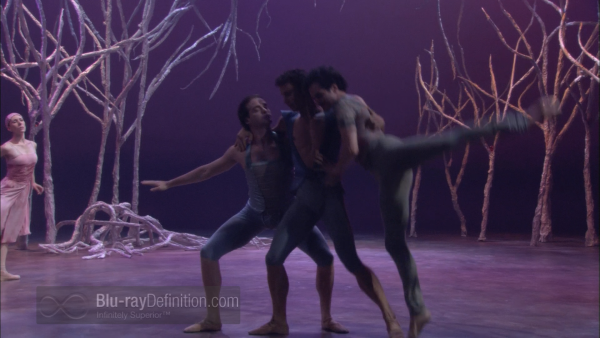 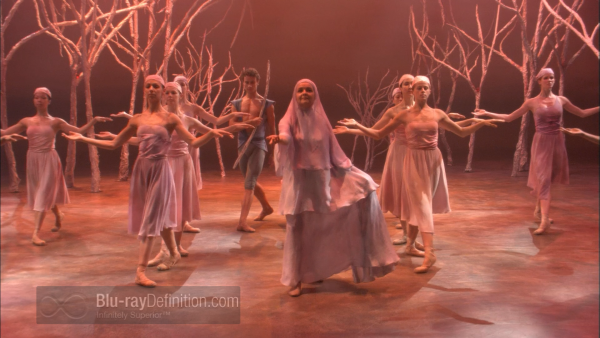