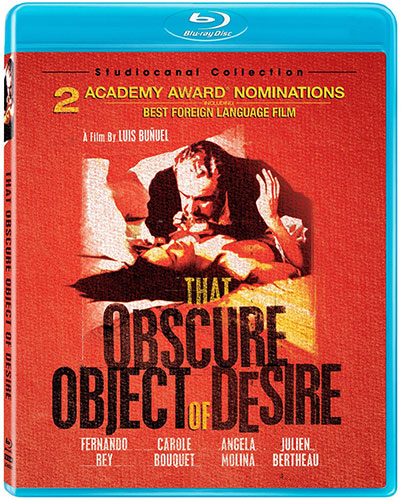 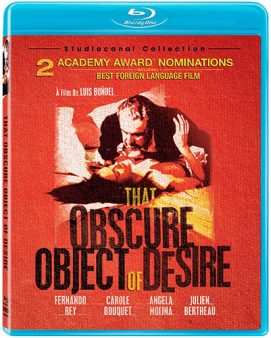 (Editor’s note: portions of this review not related to this specific release were previously reviewed as our That Obscure Object of Desire [StudioCanal Collection] [UK] Blu-ray Review. All screen captures were taken from their respective releases.)

As I previously reviewed the UK edition of this StudioCanal Collection release, I was able to compare the two, and, as one would expect, and as has been the norm for these releases so far, there is no change in the video encodement. The two are identical. That Obscure Object of Desire appears to be a fine effort from StudioCanal with little processing anomalies and a thinly layered grain structure. Color reproduction has the typical look of the era, more subdued and true to life than stylistic, but the primaries pop nicely, particularly reds. Detail is strong and there is lots of texture to be seen in clothing in facial features.

This StudioCanal Collection release of That Obscure Object of Desire from Lionsgate gets all of the video featurettes from its previously released UK counterpart ported over and converted from 1080i/50 to 1080p/24 (24Hz). This US version does lose the booklet that was included with the UK edition, however.