The Last Ship headed into its third season with one of its major characters, Dr. Rachel Scott (Rhona Mitra), killed off at the end of season two. This set up a bit of a quagmire for the writers and what to do about the Nathan James naval destroyer, its captain Tom Chandler (Eric Dane), and the people under his command. There is still a worldwide problem with the killer virus that has wiped out 90% of the global population, and now the one woman who created the cure and who truly understood how the virus worked is gone. For this third season, the show turned East, and the Nathan James headed of to Vietnam, China, and subsequently Japan, where they faced down pirates, a Chinese dictator named Wu Peng (Fernando Chien) who is allied with the United States, but seems to be messing with the cure sent to the Asian region in a grand scheme of genocide to wipe out his surrounding enemies, and the Nathan James finds itself aligning with the Japanese pirate known as Takehaya (Sanada Hiroyuki) to stop him.

On the home front, the United States is in turmoil and with the Nathan James so far from home, there is nothing it can do to help prevent what is happening – or can it? What would it take to bring down a democracy like the United States, a bloviating demagogue? Disenchantment of its populace? Or perhaps a major pandemic wiping out 90% of the population, including the government, and spreading panic, fear, and chaos? In The Last Ship, it seems to be the latter, and season three sees President Michener come under pressure for his agenda to bring order back to the United States, which has now been split into larger regions under the control of regional leaders. When Michener is tragically replaced by, who actually, becomes an unwilling puppet president, the regional leaders begin to flex their muscle and eventually insert a dictator of their own, dissolving the government and outlawing Tom Chandler and the Nathan James. It is left, once again, to the sole naval destroyers to save the Union and the world.

The third season deals with a lot of sweeping, grand scale, geo-political issues, and, in typical Michael Bay fashion, maintains its militaristic bent. Rhona Mitra is missed, but she is also replaced by the lovely Bridget Regan who comes aboard as an interpreter of Asian languages, a spy, and general badass who also happens to be a past love interest of Tom Chandler. Dichen Lachman also joins the cast bringing some more female badassness to the series as a helicopter pilot and general gun for hire. The action does not disappoint, although I would say that this season is one that is better the second time through than it is the first given the complexity of its storyline. 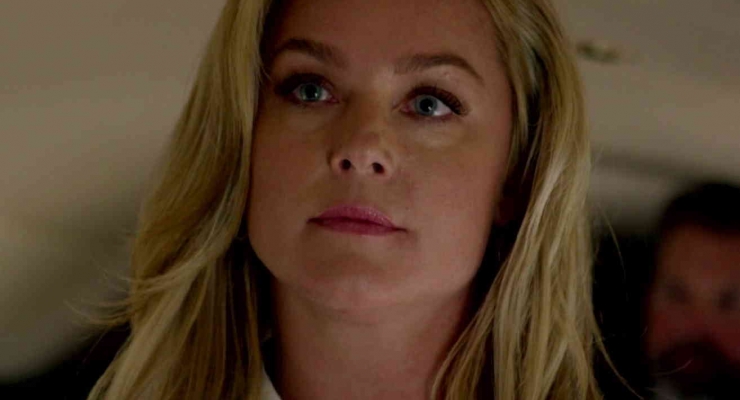 The Last Ship is shot on the Red Epic Dragon on brought to Blu-ray in an AVC 1080p encodement by TNT and Warner Bros. Despite being from a digital source, the image has a very film-like, organic, and cinematic look, with strong textural detail and excellent color reproduction. The Navy blues look vivid and the lighting and shades could very well be something one sees on the big screen. There are some minor quibbles with the picture such as a bit of black crush from time to time and even some color banding that seems to appear mostly in the darker scenes that show the Nathan James against the sky or scenes underwater. These don’t take away from what is overall a brilliant looking transfer and the best the series has ever looked on disc, streaming, or broadcast.

The Last Ship comes with a Dolby TrueHD 5.1 mix that is good for a TV mix, but certainly doesn’t reach the level of some of the best theatrical sound mixes and, given the near cinematic nature of the series, is somewhat disappointing, especially compared to some of the excellent TV series mixes like Game of Thrones (recently remixed to Atmos, but excellent even in its old DTS-HD Master Audio variant). That said, the mix does come alive during the numerous battle sequences with good low-end and some solid use of the surround channels. Dialogue tends to sound a little too compressed, not full enough to my ears, and verges on clipping a tad.

The supplements include recaps of the first two seasons to help you catch up if you haven’t seen them in a while, the usual Inside the Episodes “making of” featurettes, which are the most interesting inclusions, and a half-hour documentary on the U.S. Naval Destroyers featured in the series. We also get a series of brief “Behind the Curtain” featurettes with the cast that include interviews with certain cast members and an overview of their characters.

Season 3 of The Last Ship may in fact be the best season yet for the series, despite the series losing one of its main characters and its shocking ending. The complex yet slow-building story is better after a second or third viewing and makes excellent binge viewing in this Blu-ray release.