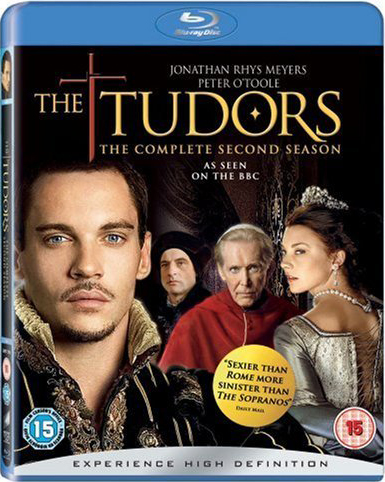 500-years on, the Tudor dynasty still fascinates us. A simple search on the term “tudors” on Amazon yields over 50,000 results in their books category alone. It is difficult to argue about the importance of Henry VIII and even his offspring, such as Elizabeth I in the annals of British history, religious history, and the entire history of Western civilization. So, it is not surprisingly in the slightest that Showtime’s series The Tudors would be so successful; so popular.  Why bother with rehashes of Beverly Hills 90210, a show like ER that has run its course, or Desperate Housewives when one can watch an historical drama that is every bit as titillating as any fictional soap opera? 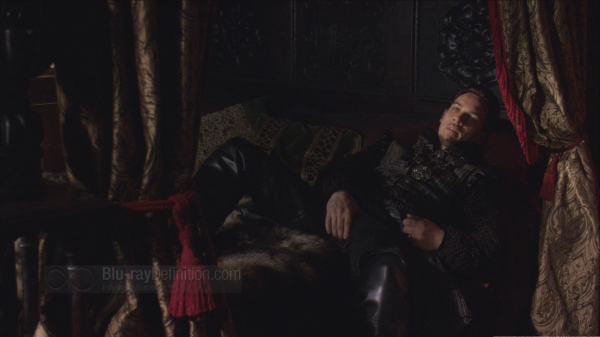 In The Second Season of The Tudors Henry VIII continues his battle with the Pope. Here the creators exercise one of their few creative licenses by combining the characters of Pope Clement and Pope Paul III into one person. Veteran actor Peter O’Toole is brought in to play Pope Paul III, and he plays him with an amazing amount of presence. Henry (Jonathan Rhys Meyers) has broken from the Catholic Church, has to battle uprisings amongst his own people who are faithful to their religion and begins to lose patience with his wife, Anne Boleyn (Natalie Dormer) as his efforts to secure a male heir are thwarted. Thus, Henry’s eyes turn towards taking another wife, Lady Jane Seymour (Anita Briem). Of course, just as in the First Season, the Second Season is not without the sex, the intrigue, the backstabbing, and the plotting — oh, what salacious delights.  The Tudors: The Complete Second Season is just as riveting as the First Season, with beautiful costume designs, glorious sets, and strong acting from the entire cast. Bring on Season Three. 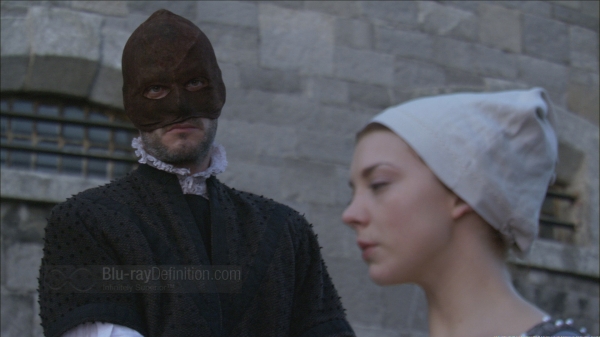 The Tudors is originally shot in high definition on a Sony HDW-F900 camera modified by Panavision at 1080p/24, so unlike most material shot in HD, The Tudors does not have that “lifelike” video quality, but, rather, has a very film-like appearance. Its video noise looks more like film grain than harsh electronic interference, and there is no motion judder. The AVC/MPEG-4 encoding shows no compression artifacts, and it extracts as much detail and resolution from the original hi-def source as possible. There is some occasional softness due to the video noise and low-light photography in background shots, but foreground detail is strong. Black levels are deep and consistent and Season Two suffers slightly less from the black crush that was present in Season One. It’s a solid, and amazingly film-like video presentation, but still not perfect. 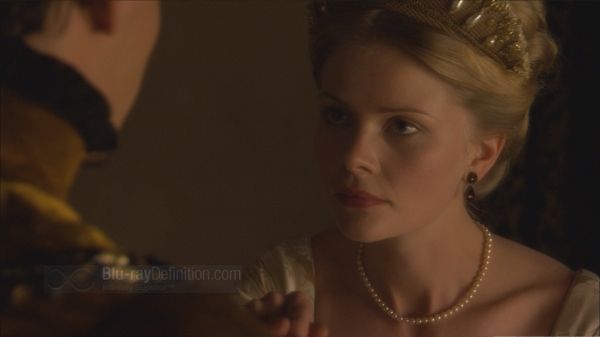 The Tudors: The Complete Second Season is provided with an English Dolby TrueHD 5.1 lossless mix as its sole audio option. Just as on The Complete First Season, The Complete Second Season offers a thoroughly engaging soundscape that drips with oodles of ambience in the surround channels, lots of activity from atmospheric sound effects panned around the room, such as footsteps down corridors, rainfall, and crackling fireplaces.  Dialogue is clear,  clean and intelligible, and the mix has just enough low frequency extension to give things like galloping horses and the percussive instruments in the score a good amount of weight and solidity. 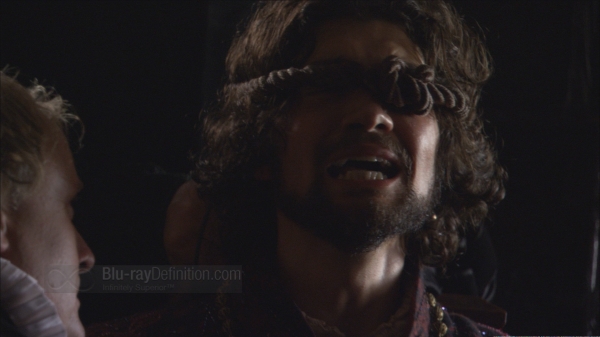 Just as on The Complete First Season, The Complete Second Season Blu-ray release comes with only slight additionally features, this time consisting mainly of interview segments with historians and professors speaking of the Tudor era. 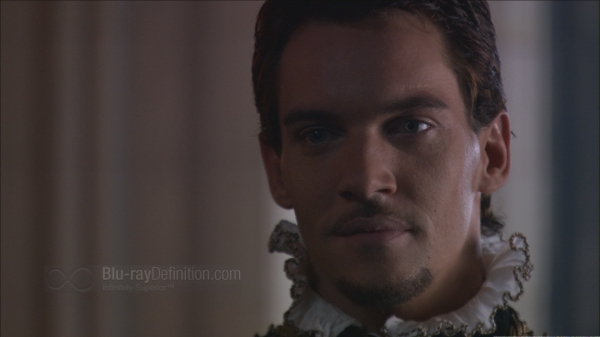 With The Tudors now heading into its third season, it’s clear that Showtime has a winner on their hands with this series. Watching The Tudors is truly entrancing, even if it does qualify as a guilty pleasure. This Blu-ray release is definitely several steps above the high definition broadcasts on satellite or cable, so if you enjoy this series, or if you’re a newcomer to it, then you ought to pick this up and catch up with this real-life 16th century tale.