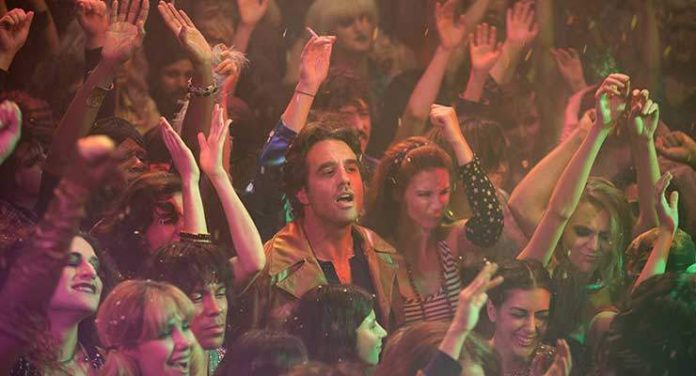 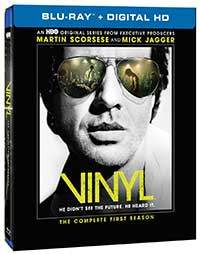 A gritty musical fever dream set in New York City in the early 1970s, Vinyl is like a delirious, late night, smoky basement fantasy after the needle has dropped in the groove and the headphones have been secured firmly on your ears. The story follows one Richie Finestra (Bobby Cannavale, Boardwalk Empire), founder and president of New York City record label American Century Records and owner of one serious coke habit who is trying to move his label into the new decade without losing the soul of what the company was founded on. The task proves more than challenging in a city and industry filled with payola, mob bosses, and soulless pop stars.

Vinyl manages to serve up a taste of what New York was like in 1973, a city on the verge of bankruptcy, a skyrocketing crime rate, and a heavy drug problem, but one that had a simmering music scene – punk was being

invented, hip hop was on the rise, and disco was making its way into underground dance clubs. The series explores these monumental moments while also serving up glimpses of the musical icons of the era, courtesy of some fantastic casting of perfect look-alike actors standing in for the likes of Robert Plant, David Bowie and Lou Reed while also giving interstitial performances, often in silhouette, of icons from the past like buddy Holly, Otis Redding, and Chuck Berry to show the musical thread that ties everything together. Musicians such as Lee Renaldo of Sonic Youth (who played and acted as musical consultant) and Julian Casablancas of The Strokes provided the performances.

The series features an all-star that includes of Olivia Wilde (Doll and Em) and Ray Romano (Everybody Loves Raymond).

Vinyl was shot digitally on the Arri Alexa and the Sony CineAlta PMW-F55 and comes to Blu-ray from HBO in an AVC 1080p encodement. It may be a digital production, but it has a very gritty and filmic appearance, which is not a bad thing at all, given that the series is meant to evoke the rundown look and feel of New York City in the early 1970s. The transfer looks excellent, with no unwanted noise, edge enhancement, posterization or banding. The first time through, I watched the series on from my DVR on my FiOS Quantum account, and it didn’t look anywhere near as good as this.

English DTS-HD Master Audio 5.1 is the only audio option, but it is a darned good track that really kicks when the music plays. The ambience is fierce, the midrange is punchy, and there’s a lot of energy in the performances. The dialogue also sounds clear and dynamics natural. Low end, while hardly earth shattering, is deep enough and certainly musical and tight.

This collection is fairly light on extras, but the audio commentaries with the cast members are well worth listening to, and the Inside the Episode featurettes offer an interesting glimpse into the making of each episode.

Vinyl is rock n’ roll to the core. Unrelenting, in your face, no BS, gritty, crazy, and, most of all, true to the music. Cannavale puts on an excellent performance and the music is fantastic.