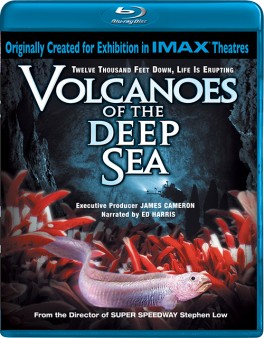 Volcanoes of the Deep Sea is an IMAX exhibition film from Stephen Low in conjunction with The State University of New Jersey Rutgers. Actor Ed Harris narrates the film, which follows geologists on a search for a sample of the oldest living fossil, a paleodictyon nodosum, as it explores the deep-sea world of life teaming around hypothermal vents at depths of the sea. 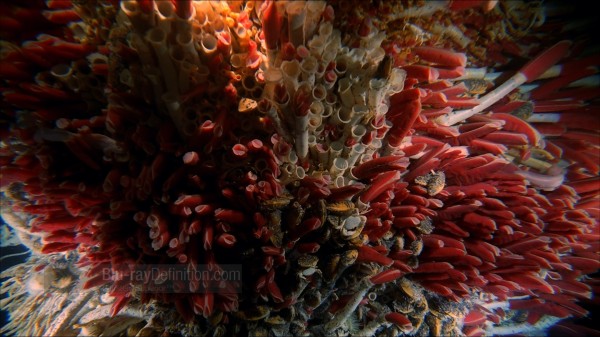 Scientists only discovered the life forms surviving in these extreme conditions a few decades ago in the 1970s. Steam vents and lava feed the extreme temperatures from underwater volcanoes and an abundance of life never before thought possible can exist in these harsh conditions, like many species of shrimp and octopus among others. These creatures are often referred to as “extremophiles.”

Of course, with any given IMAX exhibition title, one has to allow for the fact that too much in-depth analysis on the given subject is probably not going to occur, and Volcanoes of the Deep Sea falls into that category. The film does suffer somewhat from a lack of focus concerning the exploration of its subject, at times sidetracking needlessly into other disciplines, including astronomy, with theories on the Big Bang that only serve to diminish the impact of the information put forth on the underwater explorations. There is also a glaring lack of information on the deep sea volcanoes provided in the film; they are merely mentioned in passing as a means to explore the life forms gathered around the hypothermal vents.

Where Volcanoes of the Deep Sea makes its biggest impact is in its visual presentation, which is absolutely stunning, capturing a vast array of deep-sea life and structures beautifully rendered by the high resolution IMAX cameras. The film is still somewhat marred by an excessive use of poorly rendered CGI effects interjected into the live footage that feel cumbersome and out of place, but it is not enough to take away from the amazing live action underwater photography. The only rival I have seen is the work of James Cameron, which should say a lot. 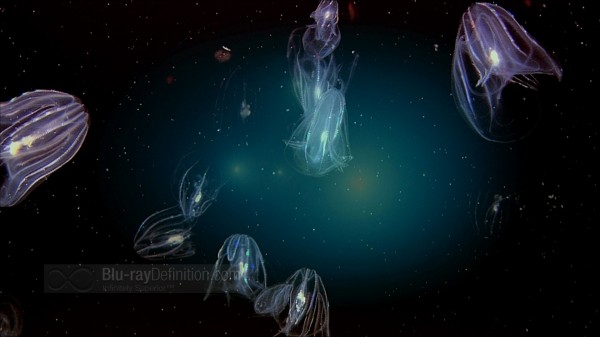 Volcanoes of the Deep Sea was originally filmed in the high-resolution IMAX, 70mm large format and it appears on this Blu-ray in a 1080p/24 VC-1 transfer from Big Picture DVD Productions and Image Entertainment. The aspect ratio has been reformatted to 1.781 for widescreen televisions.  The image is not the absolute best I have seen for an IMAX film from Image Entertainment, at times looking just a little soft, but it does not ultimately detract from the overall reference nature of Volcanoes of the Deep Sea. Colors are vibrant, shadow delineation is absolutely sublime in the underwater footage and source damage is nearly nonexistent. 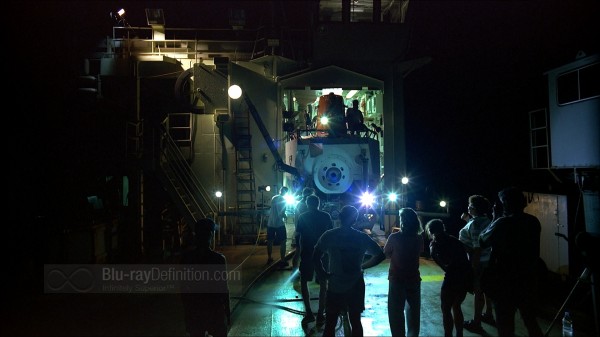 Volcanoes of the Deep Sea comes on Blu-ray provided an English DTS-HD Master Audio 5.1 soundtrack as big as its picture. The sound encompasses you in full 360-degree soundfield that is dynamic and lush with ambience and atmospheric sound effects. The underwater foley effects are noticeably audible, but never too intrusive and Ed Harris’ narration is full and clean in the center channel. This is exactly what I’d expect an IMAX exhibition film’s soundtrack to sound like. 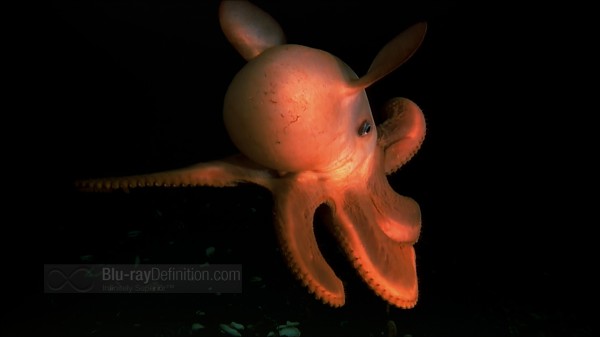 The supplements on these IMAX titles always seem to be the biggest let down of the release and Volcanoes proves to be no exception.  The supplements on Volcanoes of the Deep Sea are not provided in high definition, other than the trailers for the other IMAX releases from Image, and nothing offered will necessarily inspire multiple viewings. 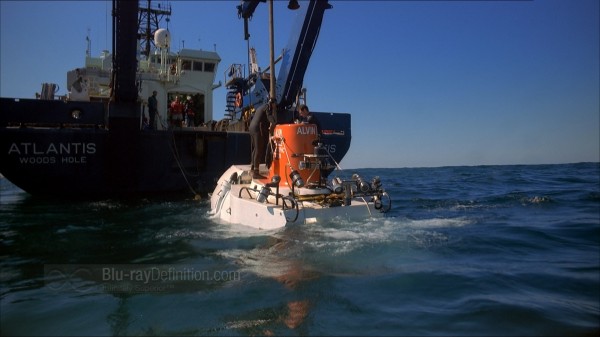 Volcanoes of the Deep Sea is another strong IMAX showcase piece from Image Entertainment that offers up nice visuals, excellent sound quality and educational value; what more could you ask for?