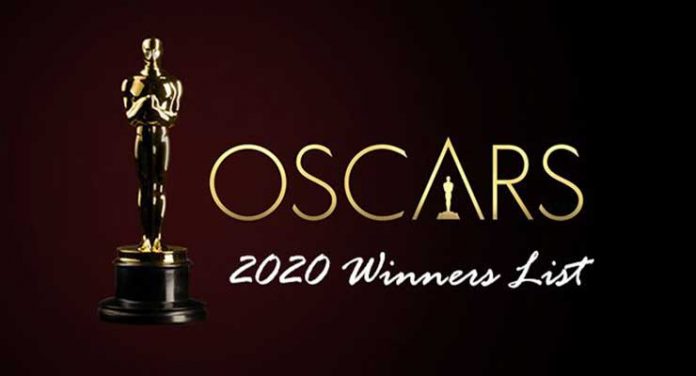 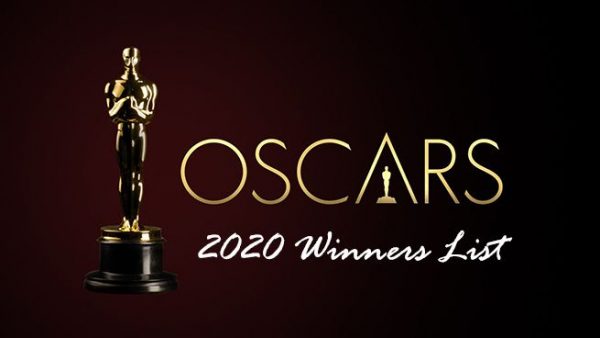 Sunday, February 9, 2020. Punxsutawney Phil predicted an early spring for this year and, as if on cue, ABC aired the 2020 Academy Awards ceremony two weeks earlier than usual, mercifully shortening the anxious waiting and hoping for its nominees. Before an all-star line-up of presenters and eventual Oscar winners got their time on the big stage, Janelle Monae tried to energize the audience with a gender-crossing Mr. Rogers impression that morphed into a bizarre song-and-dance number leaving many in the audience just scratching their heads.  For the second year in a row, this was a host-free show although there were host-like appearances by previous Oscar hosts Steve Martin lamenting that “this is a demotion” and Chris Rock making a not so oblique reference to Oscar-nominated Cynthia Erivo “hiding Black nominees from the Academy.” As it turns out, this was the stand-up comic moment of very long evening.

There were relatively few surprises in store for those seated in the Dolby Theater or the millions watching the Oscar broadcast on the small screen. As expected, Brad Pitt was named Best Supporting Actor for his stuntman role in Once Upon a Time…in Hollywood and Laura Dern got her Best Supporting Actress golden statuette for her portrayal of a ball-busting divorce lawyer in Marriage Story. Also as expected, Joaquin Phoenix’s turn in Joker got him a well-deserved first Best Leading Actor award after three previous nominations and Renee Zellweger’s spot-on portrayal of the troubled screen star and singer in Judy earned her a second Oscar and her first for Best Actress.

A favored nominee Once Upon a Time…in Hollywood received only one additional Oscar for Best Production. Ironically, Martin Scorsese’s big moment came not from The Irishman that went zero for ten in the Awards column but from an affectionate tribute by big winner Bong Joon Ho who singled out the noted director as one who inspired him to make movies.

A few of this award ceremony’s best moments:

There were also some not so memorable moments:

Overall Assessment: The pace of this second host-free Academy Awards ceremony lacked the discipline of last year’s broadcast, plodding along for nearly four hours. Some of this was due to longueurs provided by celebs introducing the celeb award presenters since the acceptance speeches tended to be pretty concise. Political commentary was mercifully brief and there was the expected lip service to diversity and gender equality. Joaquin Phoenix’s rambling apologia pro vita sua acceptance speech did call out (and rightfully so) the cruel “cancel culture” that vilifies celebrities, often without justification.  The biggest surprise of the night was the Best Picture Oscar handed out to Parasite, a film that I frankly thought was not nearly as good as some of the other contenders. That said, we will see if American audiences eagerly embrace this subtitled South Korean winner as it would an English language movie. Once again, Tinseltown has had its annual moment in the sun and, if like the proverbial Pennsylvania groundhog, Hollywood does not see its shadow there may yet be some bright new films awaiting us in 2020.