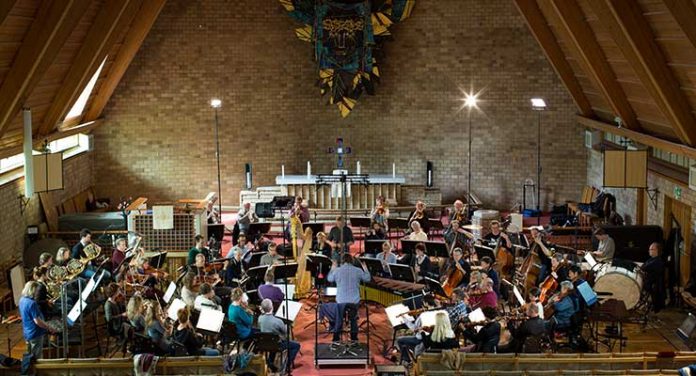 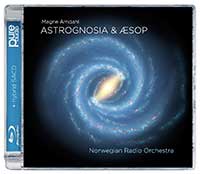 Magne Amdahl is one of the most respected contemporary composers in Norway with more than 100 works for theater, chamber and orchestral ensembles to his credit. To call him the “John Williams” of his native land may not be too far from the mark as he has received numerous accolades from his peers and audiences for his programmatic compositions. Astrognosia & Aesop explores two very different themes with correspondingly different styles.

Much in the same vein as Gustav Holst’s The Planets, Astrognosia is an updated survey of the signs of the Zodiac. Three interludes, somewhat reminiscent of Erik Satie’s Gymnopedies, divide the celestial signs four at a time and all receive music that evokes their individual characteristics. All are highly accessible pieces that would find a perfect home in a silver screen soundtrack.

Nearly every child has heard the legendary fables of the former Greek slave Aesop. In fact, these tales from the animal world have been used to instill a moral conscience in young readers and listeners as each conveys a particular life lesson. Amdahl provides symphonic treatment of the following episodes with narration by well-known Norwegian Dennis Storhoi:

All considered, this is music making that last century’s concertgoers would have embraced uncritically and without question. In new millennium, Amdahl gives us the equivalent of “comfort” music that falls easily on the ear but occasionally runs the risk of cloying and not stimulating its listeners.

2L Records has always excelled in orchestral recordings and this DXD-sourced master was mixed down to DTS- HD Master Audio 5.1, 7.1, and 2.0 LPCM versions. The recording session diagrams show the players encircling the array of microphones and the resulting surround tracks clearly reproduce these intended immersive effects. To my ears, both 5.1 and 7.1 options were magnificent.

We get the expected outstanding hybrid multi-channel SACD and MP3 and FLAC downloads via mShuttle. The generous program booklet, besides providing the track listing and credits, has introspective essays by the composer on his own works, brief biosketches on Amdahl and Storhoi, and a libretto for the fables.

This is a very accomplished orchestral Pure Audio Blu-ray Disc and was nominated for a 2016 Grammy. The selections are well interpreted by the Norwegian Radio Orchestra under the leadership of maestro Ingar Bergby. This programmatic fare would definitely appeal to lovers of light classical music and benefits tremendously from the usual 2L “supersonic” treatment. The clear-cut winner here and my main reason for recommending this disc is Astrognosia as it avoids the rather monotonous narration of Aesop’s stories and conveys a better sense of Amdahl’s creative abilities. Another welcome addition to the growing catalog of well-recorded Norwegian music, thanks to Morten Lindberg and his production crew.