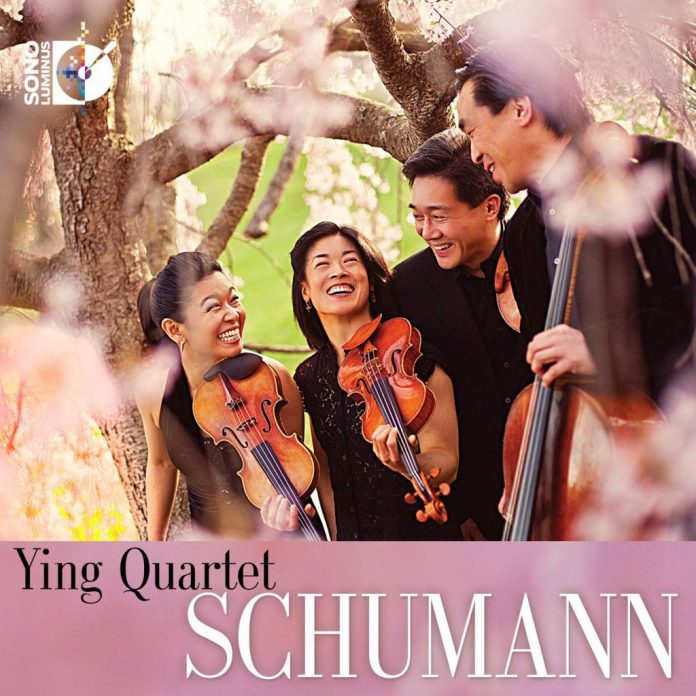 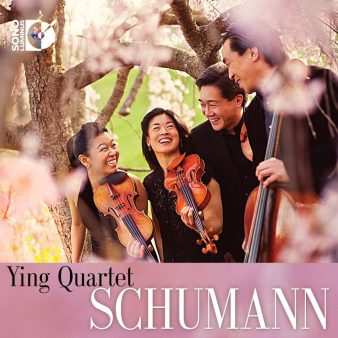 Robert Schumann was a musical genius responsible for some of the most memorable compositions of the Romantic period.  His three Opus 41 string quartets were written during the summer of 1842, one of the happiest periods of Schumann’s short and troubled life.  Having married Clara Wieck two years earlier, Schumann had recently turned from composing large-scale symphonic works to creating more intimate chamber works like the famous piano quartet.

The three string quartets, while less familiar works, contain music of great beauty and passion. The first quartet begins in A minor but transiently shifts to the sunnier key of F major before returning to its more contemplative original key. The second string quartet in F major is the most optimistic sounding of the three. The final quartet has a third movement Adagio that is incredibly moving. Its exchange between the first violin and viola have been likened to an intimate conversation between two lovers.  All of the quartets feature dazzling finales that challenge the virtuosity of the four players.

The Ying Quartet has been concertizing since three of their original members, the siblings Janet (second violin), Philip (viola), and David (cello) graduated from the Eastman School of Music. Ayano Ninomayo who appears on this 2013 recording replaced the Quartet’s original first violinist, Timothy Ying, in 2010. The Ying Quartet has been well received by the critical public and won its first Grammy award in 2005.  Hearing this program, it is clear that these fine artists have developed a collegiality that comes from the many years of collaboration so essential to the performance of string quartets.

Having heard the Yings on Sono Luminus’s American Anthem (reviewed here two years ago), I was prepared for another stunning chamber music recording, and this one is as good as it gets, originally recorded in 192kHz/24-bit 7.1 channel format. The 5.1 and 2.0 192kHz/24-bit versions are superb and the individual voices of the quartet come across with pristine clarity. The 7.1-channel version has been downsampled to 96kHz/24-bit and adds more room ambience than the other two alternatives.

The program booklet presents a thoughtful background essay on the quartets that will help listeners coming to them for the first time understand their construction. A biographical sketch on the Ying Quartet and production credits follow. A red book audio CD of the concert, mastered from the same sessions is fine sounding, if not as revealing as the Pure Audio versions. Mp3 and FLAC versions are available as digital downloads via mShuttle.

The Schumann string quartets have fared quite well on CD but this is the only available Pure Audio Blu-ray version. As such, it is a welcome addition to the catalog and offers not only outstanding musicianship but individual performances that clearly reflect the insight and preparation that the Ying Quartet has devoted to these works. Delivered in terrific sound, this disc is highly recommended.