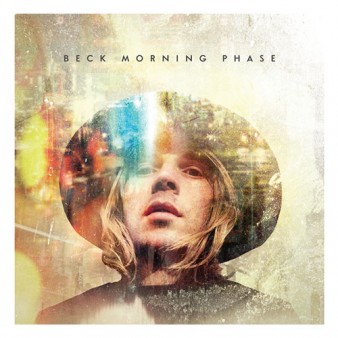 A self-professed companion piece to the 2002 critically acclaimed album written after the break-up with his long-term fiancée Sea Change, Morning Phase seems like the optimistic start of a new day. Beck performs most of the album with his usual band (including NYC-based guitarist Smokey Hormel), and other musicians like bassist Stanley Clarke.

After setting the mood with the orchestral interlude “Cycle”, we get “Morning” with its acoustic guitars and solid drum beat leading up to a chorus that reveals a spectacular dawn setting. “Say Goodbye” is a catchy progression pushed along by a banjo, a song that demonstrates Beck’s vocal and song writing skills. Leaning more toward Indie Folk, songs like “Heart is a Drum” and “Blue Moon” use propelling drum beats, better in the latter than the former. “Unforgiven” blends a minimalist rhythm section (including a piano with a flanger effect) to present a song with an effective melodic palette. “Wave” starts out on the same chord, but in a lower register than “Cycle” and moves to a haunting progression as Beck’s voice cuts right to your core. The debilitating spinal injury Beck revealed he was suffering from makes “Wave” even more emotional. The finger-picked guitar notes of “Don’t Let it Go” build into an overlapping vocal section with one vocalist adding a falsetto line worthy of the Beach Boys’ Carl Wilson. The changing time signatures of “Blackbird Chain” make your ears perk up as do serene harmonies juxtaposed over the steady eighth notes on an acoustic guitar on “Turn Away”. My personal favorite cut, “Country Down” hooked me right away and reminds me of Dylan’s Nashville Skyline. The album closes with “Waking Light”, another gem that is an homage to early 70’s Pink Floyd.

Mixed by Tom Elmhirst (Adele’s 21) and mastered by legendary audio meister Bob Ludwig, Morning Phase is a sonic dreamscape. The bass spectrum is a solid and deep foundation. Not one note escapes the listeners. The stringed instruments stand out, even the imperfections like a buzz on a guitar in “Heart is a Drum”. Beck’s vocals that go back from heavy reverb to clean as whistle are a real treat to hear. It’s easy to get lost in this album, but with the 96kHz/24-bit FLAC from HDtracks (also available in ALAC, AIFF, and WAV), your mind won’t have a choice but to enter the world that Beck helped construct.

A varied menu of songs peppered with country, folk, and psychedelia, the real treat of Morning Phase is the consistency of the songwriting and arranging. Morning Phase is the kind of album that could be playing in the background one second, and in the next second you will be listening intently to its every nuance. HDtracks ups the ante by offering this high-resolution download as a companion to the hi-res version of Sea Change. While I am a big fan of Sea Change, Morning Phase might surpass it. Get this one while it is still hot and join the Morning Phase audience that will surely swell with this superb incarnation.