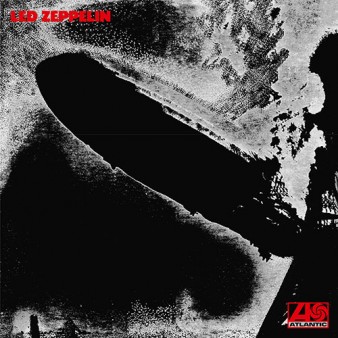 Although the original Led Zeppelin group has not released an album in more than 30 years, group leader Jimmy Page has begun to rectify this drought with a completely remastered three album “Deluxe Edition,” beginning with this eponymous first album, Led Zeppelin.  In addition to the original nine tracks listed below there are eight “Live in Paris 1969”(*) cuts:

When Led Zeppelin hit the airwaves with their first album, the group was lead guitarist Jimmy Page, lead vocalist Robert Plant, keyboardist John Paul Jones, and drummer Jon Bonham. Unlike their British Invasion predecessors, The Beatles, The Rolling Stones, and The Dave Clark 5, Led Zeppelin was a heavily blues-inflected quartet that owes its name to a prediction by The Who’s Keith Moon and John Entwistle that they would go over like a “lead balloon.”

The album opens with “Good Times Bad Times” a rocking little anthem, immediately followed Robert Plant’s plaintive ballad, “Babe I’m Gonna Leave You,” a stylistic precursor to the monster hit “Stairway to Heaven.” The blues comes out at night in “You Shook Me, ” “Dazed And Confused,” and “I Can’t Quit You Baby. “ “Your Time Is Gonna Come” has a church-like B3 Hammond Organ intro, courtesy of John Paul Jones.  Next, Jimmy Page gets the foreground with his great guitar licks in “Black Mountain Side,” and the piercing Plant voice reemerges on “Communication Breakdown.”  The final cut on the regular album “How Many More Times” is an up-tempo number.

The live numbers are mostly extended covers of the studio program but include a powerhouse instrumental “White Summer,” and two rockers, “Moby Dick” (with a great Bonham drum solo) and “Heartbreaker.” These cuts demonstrate that while Led Zeppelin was a great studio band, it was even more exciting when performing unfettered in concert.

The original studio recordings are full-fledged stereo with very good reconstruction of the typical soundstage of the day with instruments usually assigned to specific channels and vocals in the middle (more or less).  As documents of their era, they are faithfully reproduced with little detectable hiss and zero distortion. The live performances are in very solid mono with surprising depth and good reproduction of the instruments and vocals. 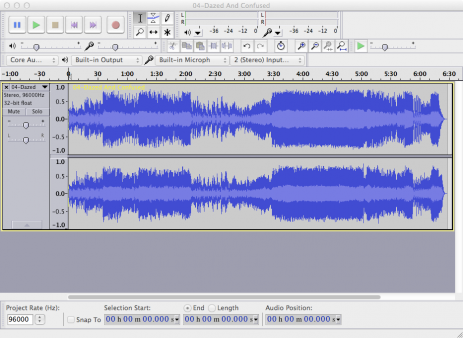 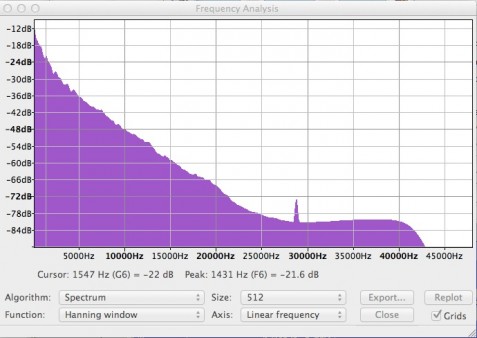 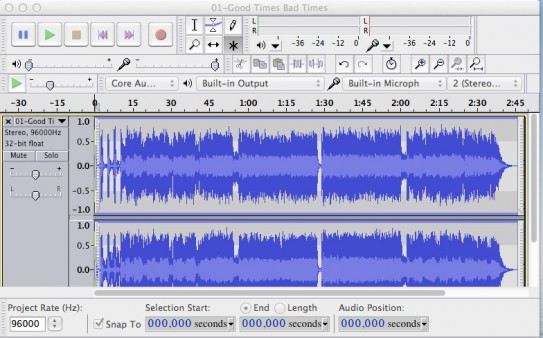 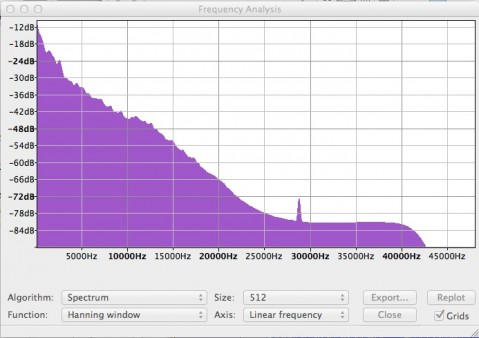 “How Many More Times”: 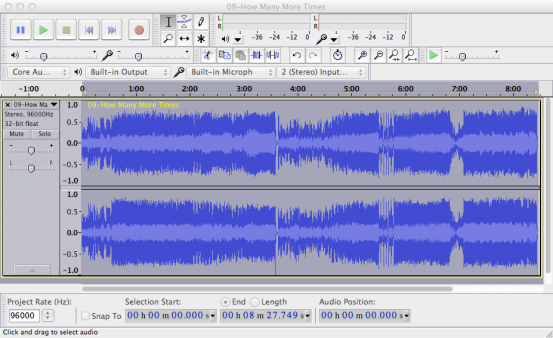 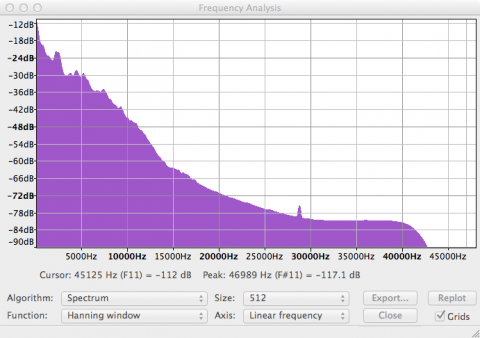 Not only do the above graphs show an absence of clipping, but a very extended frequency response well beyond CD-quality.

A PDF formatted photo of the iconic Zeppelin logo.

As Rock’n’Roll originals, the Led Zeppelin crashed through the gates of what was possible with heavy duty music that simply shattered their first-time audiences. Mixing R&B and heavy metal with the occasional ballad, Page, Plant, Jones, and Bonham created their unique sound, paving the way for many imitators none of which equaled the original LZ. Led Zeppelin has received a terrific remastering job, thanks to the untiring efforts of Mr. Page, that recalls all of the glory of these legendary musicians.