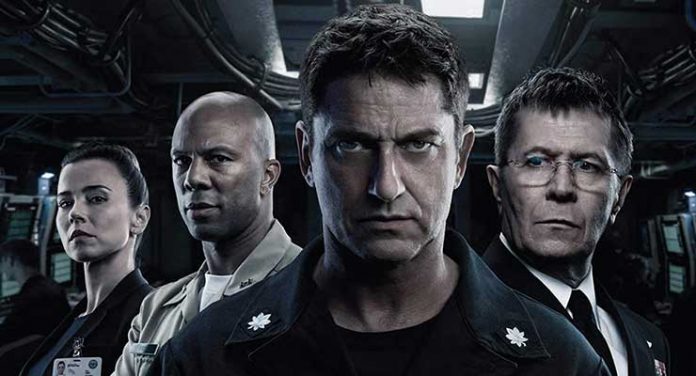 It has been a very long time since we had a film that focused on submarine warfare. The only films that come to mind are Crimson Tide, The Hunt for Red October, and K-19: The Widowmaker. Well, they’re getting company with Gerard Butler’s new film: Hunter Killer.

Captain Joe Glass (Butler) is the Captain of the nuclear submarine USS Arkansas. The mission is to find and recover what’s left of the USS Tampa Bay which may or may not have been sunk near Russian waters. The threat of nuclear escalation grows, as the U.S. and Glass go about trying to uncover what is really going on in the icy waters of the Arctic.

Hunter Killer was a lot of fun. Butler is much more reserved in the film, considering how 180 is character was in the excellent Den of Thieves released earlier this year. Yes, he does spend the majority of his screen time inside close quarters but he’s not required to be “loud.” He’s balanced out by Michael Nyqvist, in one of his last roles, who plays the Captain of a rival Russian submarine.

I remember when this was getting promoted and saw the dreaded “Summit Premiere” moniker and figured it would get released direct-to-video or have a VOD day and date release in like two theaters. I was somewhat elated that it got a decent theatrical release. Honestly, it was worth it for the studio to give it the big screen treatment. Hunter Killer has many scenes of awesome underwater peril and additional action scenes on the surface. The CGI is more than adequate, but what really shines, is the amazing sound design/editing. I saw it with a crowd and during one scene where a submarine is destroyed by a direct torpedo hit, the audience I saw it with let out a collective gasp. It was great! 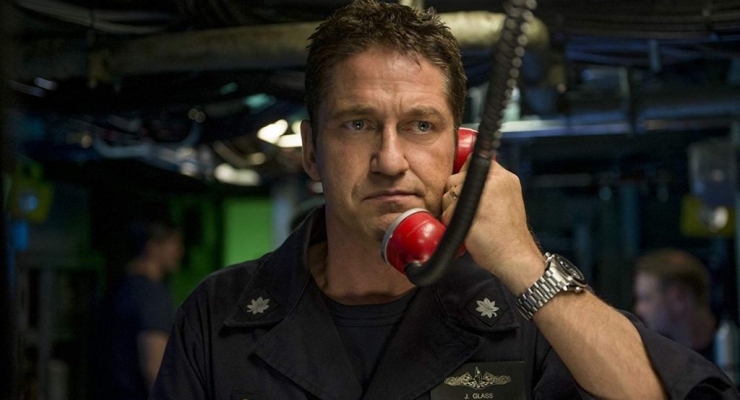 If the film has any faults it would be the somewhat squandering of Gary Oldman – he’s basically yelling a lot and collecting a paycheck. The supporting cast featuring Common and Linda Cardellini fare better. Also, the “Cold War” element does seem familiar from countless other films from a bygone era, namely the 1980’s. Still, what we do get is an entertaining romp of a film. I get the sense that Hunter Killer may have been in the can for a while and the studios probably did not know how to market it properly – even going so far as to almost releasing it direct-to-video. I’m glad that was not the case and that it was given a nice theatrical bow.

I am glad I got a chance to see Hunter Killer on the big screen. It had enough big action movie thrills to satisfy even the most jaded of us action fans. The budget was big enough that it had many scenes of awesome submarine action footage along with some cool traditional action-fare. Hunter Killer is recommended!