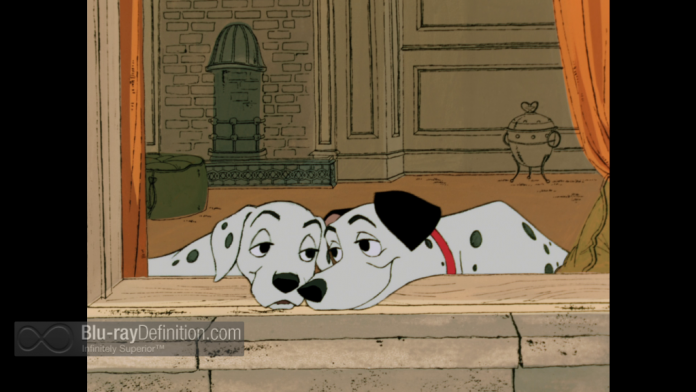 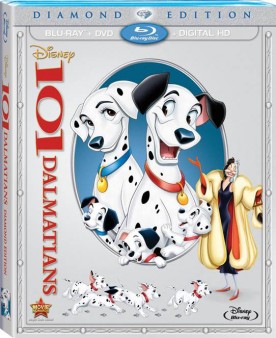 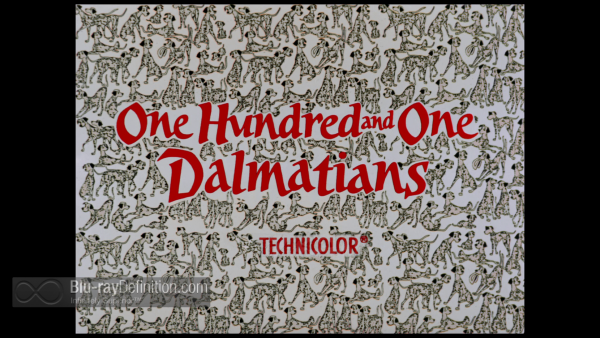 101 Dalmatians marked a shift for the Walt Disney Animation studios. Walt was busy with many of his other projects and took less of a role in the film’s production, and it was also the first of the studio’s film to use the new Xerox process, directly lifting the animators’ pencil drawings and converting them to the cells, rather than inserting the third step of cleaning them up and inking them. So, the new look was a bit “rougher”, but more stylized, and the backgrounds were also less romantic than the films of the past like Snow White and Sleeping Beauty. 101 Dalmatians was set in a contemporary world, with contemporary people, and one real-world villain, which perhaps is what helped make Cruella De Vil one of the scariest villains to ever come across a movie screen at the point.

Two dalmatians, Pongo (male) and Perdita (female) are the two pets of a happily married, struggling composer and his wife. Into this wonderful setting of domestic bliss, Perdita gives birth to a litter of 13 little pups, but trouble arrives in the form of Cruella De Vil who demands to buy all the puppies, but the sale is a no-go. Taking umbrage, she later sends her two goofy henchman to steal the pups away in the middle of the night. But Pongo sends an alert out on the doggie grapevine, and the hunt is on to get the pups back. Pongo and Perdita then go on the adventure of their canine lives to save their puppies, as well as 86 more that Cruella has bee snatching up from around the city in order to make a pelt so she can have the most fabulous coat made out of dalmatian fur. The 101 dalmatians must make their way back home safely with Cruella on their trail.

The modern style of the animation combined with the thrilling aspects of the story (this is one of the few Disney animated films that is not a musical, despite its main human character being a songwriter) make it one of the most enjoyable watches out of the Disney canon across all demographics. Certainly animal lovers will love to hate Cruella and love to love the adorable puppies as they wiggle, squirm, and skip their way back to safety.

Bill Peet, who adapted the story from the Dodie Smith novel, did a concise and engaging job doing so, and the entire behind-the-scenes staff keep this film moving forward, lively, fun and nail-biting, but never too dark for the very little ones to handle. 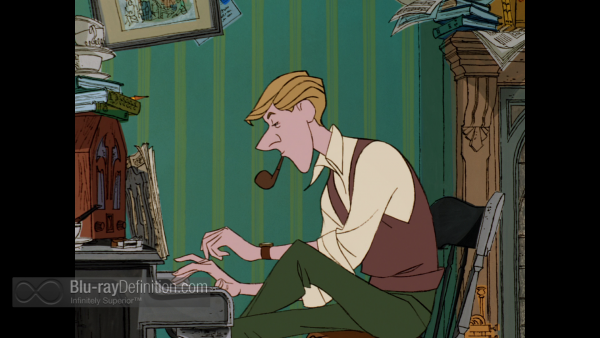 101 Dalmatians gets a rather pristine, but not completely overly scrubbed restoration by Disney on Blu-ray in this Diamond Edition. Some of the line art doesn’t look quit as rough as I remember it being, seeing how this was the very first of the Disney films to use the Xerox process, so there was definitely some cleaning up going on. Still, the animation looks good. Colors are bright, but somewhat reserved, not overly saturated, and with good contrast levels across the board. 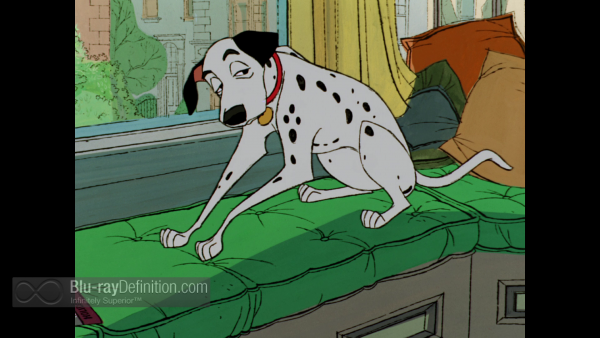 As has become typical for Disney, they have remixed and remastered the soundtrack for 101 Dalmatians into 7.1 and provided it in DTS-HD Master Audio (48kHz/24-bit) on this Blu-ray Disc. The original theatrical mix is also included in Dolby Digital 1.0. The 7.1 mix, while sounding very spacious, doesn’t necessarily sound natural, meaning it is a bit artificially expansive, and also just a tad rolled off in the high end. Still, it is nice to be “surrounded”, so to speak, by the sounds of this film, although the rear channels basically carry a boost of ambience. The 1.0 is definitely the more authentic, albeit, more boxy of the two. 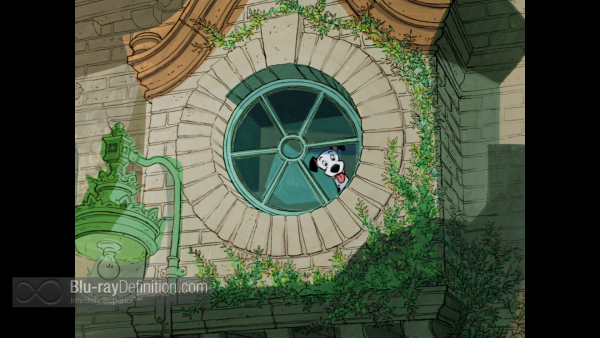 This set is packed with new and classic bonus features, plus we get a DVD of the feature film and DisneyAnywhere digital copy compatible with iTunes, Google Play, and VUDU.