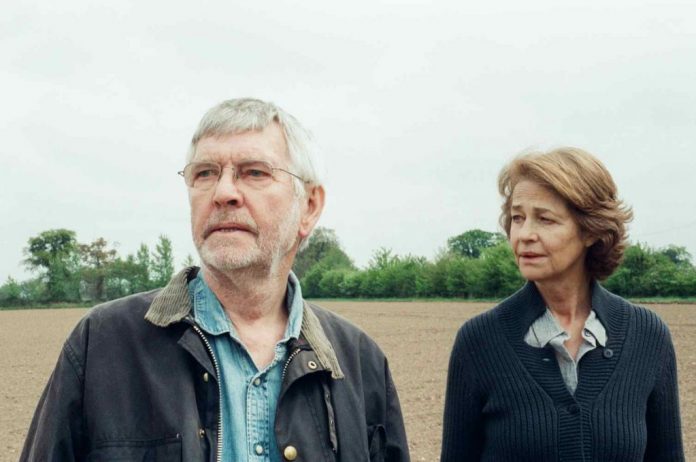 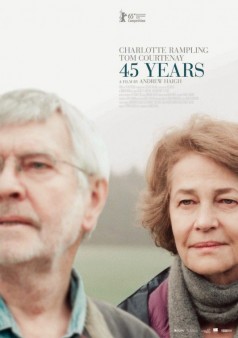 A 45-year relationship is in trouble after Geoff Mercer receives a letter informing him of news about his first love, which his wife Kate did not know of, in the new film 45 Years.

Tom Courtenay is Geoff, while Charlotte Rampling is Kate, both giving superb performances. They play a couple who have been together for 45 years in the lead up to their huge anniversary party, but it’s on the Monday that Geoff receives that letter letting him know that the body of Katya, his previous love before Kate, has been found in the Swiss Alps. Oh so many years ago Geoff and Katya were on a walking holiday when Katya fell into a fissure in a glacier, with her body never actually found. It’s the letter that Geoff receives that brings him back to the memories of his first love, but it does the opposite to Kate. She actually never knew much about Katya because Geoff really never spoke about her much, but the letter seems to peak her interest in their relationship, and she learn things that Geoff had never confessed to her. Kate didn’t know that they were very serious about each other because it’s something that Geoff never talk about, all those years they’ve been together. Has he been hiding from Kate the true nature of him and Katia’s love for each other? Kate then calls into question her relationship with Geoff. Is she his true love? Or was it Katia? Kate increasingly becomes preoccupied, and worried about this. There’s also something within Geoff that has changed. He has begun smoking again, and he’s been going into the attic to look at the photos of him and Katia. Kate soon discovers that Katia was pregnant with Geoff’s child, and that Geoff having told Kate that he had planned to Marry Katia. As the huge anniversary party gets nearer, and as each day progresses, Katia becomes very unsure and unsure of Geoff’s love for her, but will this new revelation cancel/ruin the party? 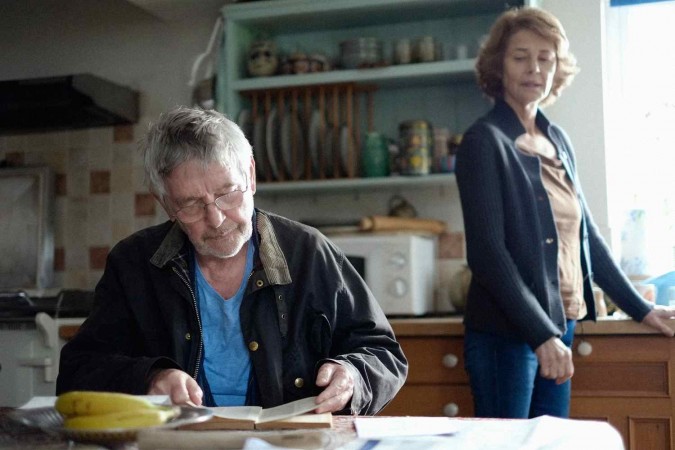 Director Andrew Haigh, best known for his 2011 film Weekend which captured the short weekend relationship between two gay men, does a similar take in 45 Years, where he captures, in a week’s time, a long-term relationship between a straight married couple, in the lush surroundings and landscape of the Norfolk countryside. It’s a different perspective from his previous work, as well as from his hit television show Looking about gay men in San Francisco. In 45 Years, he makes us slowly progress to the big day, that of the anniversary celebrations, with uncertainty, nervousness, and sadness, not just for Kate, but for Geoff as well. It’s like their entire relationship is being suddenly called into question. And Courtenay and Rampling give excellent performances. Courtenay’s Geoff seems to have no clue how this revelation is affecting Kate, while Rampling’s Kate slowly absorbs the truth about Katia, and is having a harder and harder time accepting it. Hers is an Academy Award worthy performance. Based on a short story by British Poet David Constantine called “Another Country”, 45 Years slowly builds itself from a film that is a very simple quiet relationship of a long-married couple into a loud obstruction where it’s questionable whether there is any point to go any further. 45 Years starts out as peaceful and quiet, yet gets messier and destructive. It’s one of the best and most beautiful films of the year.