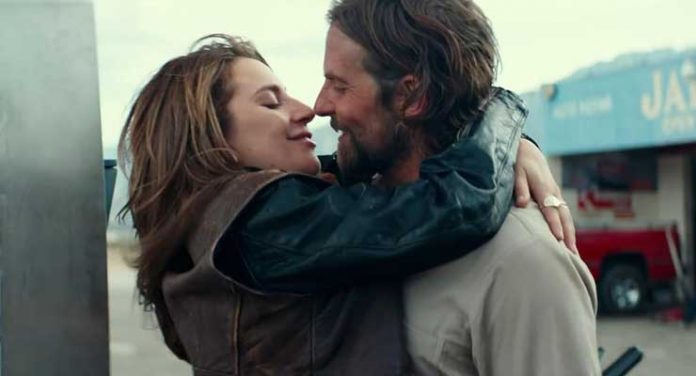 Here we have a version updated for contemporary sensibilities, and one to wipe out the forgettable 1976 turn by Barbara Streisand and Kris Kristofferson. Cooper, who in addition to directing co-wrote the screenplay with Eric Roth, plays aging Americana star Jackson Maine whose career is starting to suffer from his personal demons including his tinnitus, alcoholism, and prescription drug abuse. He meets struggling singer/songwriter Ally (played by Lady Gaga in a brilliant casting decision) one night in a drag bar as he is desperately on the search for his next drink after a gig. After seeing her performance of “La vie en rose,” Jack is bedazzled, the two hit it off and spend the night together getting to know each other, becoming an instant couple. Soon Ally is joining Jack on tour, backing him up on stage and contributing song to his repertoire.

Ally is then discovered by a smarmy manager who wants to build her into a star in her own right, but a massive makeover is undertaken, tasking her from the unassuming brunette behind the piano to a scantily clad red-haired pop diva. Whatever the formula, it works and Ally becomes a sensation even as Jackson’s – the two of them married at this point — career and health start to head into a tailspin.

I know the popular opinion is that this version of A Star is Born is a great film and sure enough there is plenty to like here. Cooper has strong visual eye and manages to capture the energy of the live performances, plus the vertiginous alcohol and drug induced moments. He also pulls a surprisingly sincere and well-rounded performance out of “newcomer” Lady Gaga, who is albeit, portraying a character that closely mirrors her own career path.

That’s the end of the good as I see it, and what we are left with is a story that deals in plenty of clichés and tropes we have seen so many times before in many films. The entire drug-addled rock star trope or serious artist commercialized by the corporate entities for money is banal at this point. Especially when we have to watch it played out against a soundtrack of generic Americana and bubblegum pop music, nothing too adventurous, nothing to offensive, just down the middle. I couldn’t identify a real earworm on this soundtrack if my life depended on it. 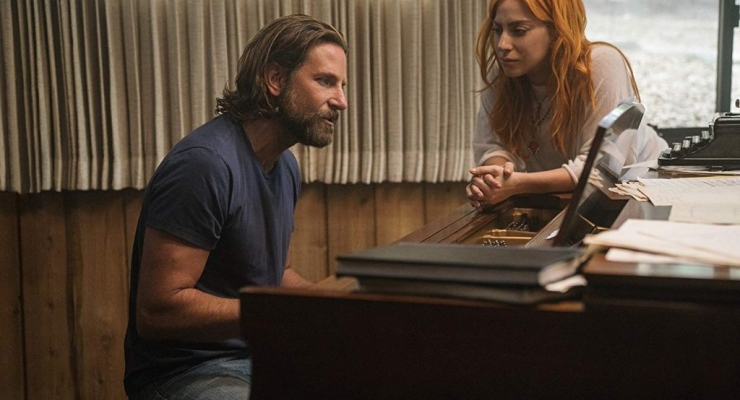 A Star is Born was shot on the Arri Alexa Mini with Cooke Anamorphic/i SF Camtec Vintage Series, Kowa Cine Prominar, and Angenieux Optimo Anamorphic 30-72 & 56-152 lenses at 2.8K and 3.4K resolution. The film comes to 4K Ultra HD in a HEVC 2160p (4K) encodement with Dolby Vision HDR. There is an artistically gritty and filmic appearance that is captured in all its finer details in this 4K transfer. The Dolby Vision’s wider color gamut applies some much-needed nuance and ‘pop’ to what can be at times a bit of a drab-looking palette. The highlights come through nicely, however, especially the lens flares and stage lights.

The English Dolby Atmos mix for A Star is Born is less aggressive and discrete than it is atmospheric and very effective at capturing the crowd and special effects of the live performances. There’s also deep low end extension providing very musical bass. Dialogue also comes through cleanly.

The half-hour ‘making of’, which is really a sitdown discussion between Cooper and Lady Gaga is an interesting inclusion. The jam sessions are a cool bonus for music fans.

Perhaps the fifth time will be the charm with A Star is Born, or maybe they should finally put this story to rest rather than constantly resurrecting it. That said, it isn’t all bad – the performances are excellent, the visuals are superb, and this 4K Ultra HD release is a reference of the audio/visual quality.