A Star is Born Blu-ray Review 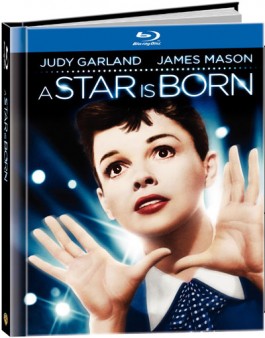 Purchase A Star is Born Blu-ray Book at CD Universe

on Amazon on Demand

Enter to win a Squeezebox Radio 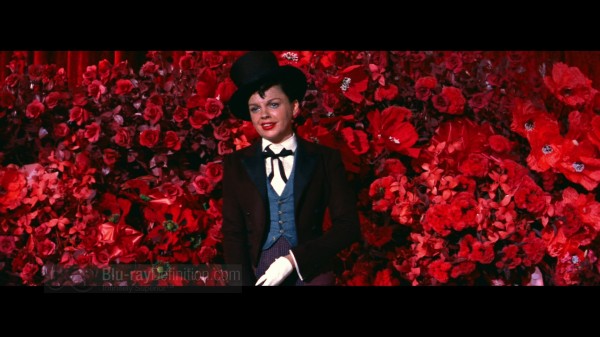 After being a huge star of the screen for MGM in the 1940’s, Judy Garland fell out of favor with “the lion.” She was fired by MGM in 1950, struggled through failed marriages, substance abuse and even a suicide attempt. Over the course of 4-years she was absent from the screen. So in 1954 when A Star is Born was to be released, it was Garland’s comeback. She was 32-years-old. A lot was riding on this big budget endeavor from Warner Bros.

All worries were over once director George Cukor’s musical spectacular hit the big screen. The public was impressed and so were the critics. A Star is Born was and is one of the most impressive Hollywood musicals ever produced. The film acted as an absolute showcase for the inimitable talents of its main star, Judy Garland. It is a one woman spectacular. A musical love story and drama that dazzles with splendor and big Hollywood charm from the opening salvo.

Garland plays the unassuming jazz crooner Esther Blodgett who is discovered by big Hollywood star Norman Maine (James Mason). Norman helps her become a big overnight success in Hollywood and the two fall in love, but as Esther’s star rises, Norman’s career tails off and he falls into a pattern of self-destructiveness. Esther quickly learns the real price of success.

Cukor’s film was the absolute perfect comeback vehicle for Garland. A Star is Born is a virtual one woman extravaganza in which Garland sings, dances, does comedy and drama whilst Mason acts as the anchor to her performances. It is truly the golden age of Hollywood on display. Not many actors in their careers can say they starred in so many classics. Garland could have listed at least two, The Wizard of Oz and 16-years later, A Star is Born. 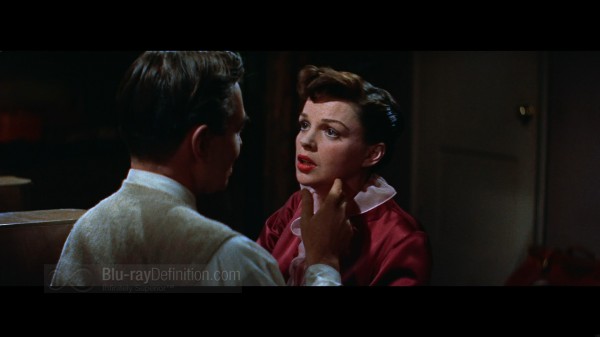 Warner’s Motion Picture Imaging (MPI) undertook an extensive restoration of Ronald Haver’s 176-minute restoration of George Cukor’s original 182-minute version of A Star is Born in 2010. Originally edited down to 154-minutes and disowned by Cukor in 1954, this Haver restoration originally appeared on home video in 1997.

This new BD transfer has been restored with an 8K (8192 x 3420 pixel) scan utilizing new digital color correction tools to restore the vibrancy to the now faded negative. The new process apparently allows for correction of each layer of color, pixel-by-pixel, without affecting other areas of the film.

The end result of a five-month effort is this 2.55:1 VC-1 Blu-ray encoding that looks miraculously rich in color for a film from multiple sources and a negative that is in such poor condition. There are parts of A Star is Born with very strong detail and compression or processing effects do not seem to be an issue. Film grain is definitely still present, but the image does vary in and out of focus a lot. Backgrounds are the weakest link in A Star is Born, dropping off in detail sharply and often quickly. 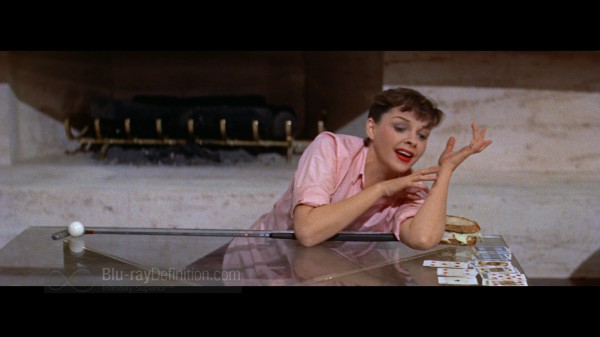 Restoring the audio for A Star is Born was also an extensive process, with the soundtrack being pieced together mostly from existing stereo release prints. Three original mag-striped release prints were used for most of the soundtrack, including one from the Library of Congress. A 35mm 4-track stereo music and effects track in France was also uncovered for the project. It was incomplete, but contained most of Judy Garland’s vocal performances.

The soundtrack has been supplied on the Blu-ray in a DTS-HD Master Audio 5.1 mix that offers a decent stereo spread across the front channels, particularly given the sources, and some ambient information is added to the surround channels for breathing room. The sound does sometimes sound little rough and muddled, but it works and is more than acceptable. 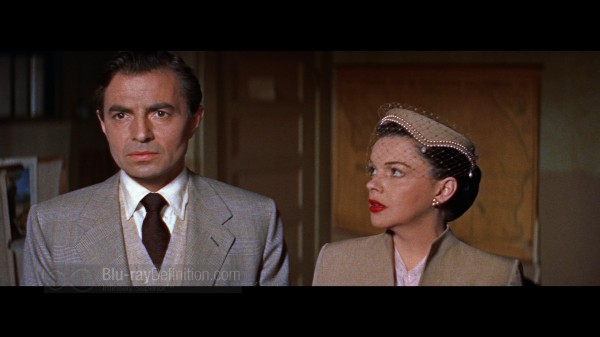 With this Blu-ray Book release of A Star is Born, you not only get the “deluxe” coffee table treatment from Warner with the fully illustrated hardcover book that covers the film’s initial critical response, actor’s bios, production photos and more, but there is a second DVD’s worth of bonus materials containing outtakes, extended scenes and more. 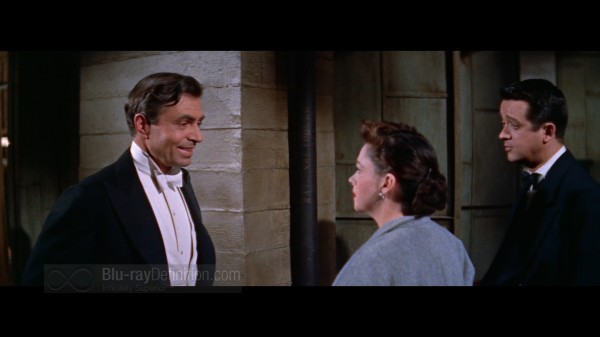 A Star is Born arrives on Blu-ray with obvious amounts of care having been taken to bring this classic release to the high definition format. Garland fans, musical fans, film fans, should own a copy of this. 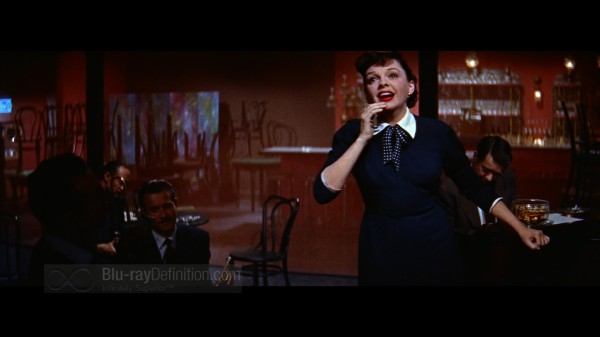 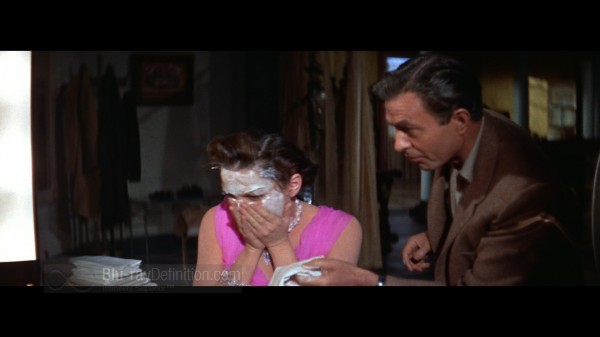 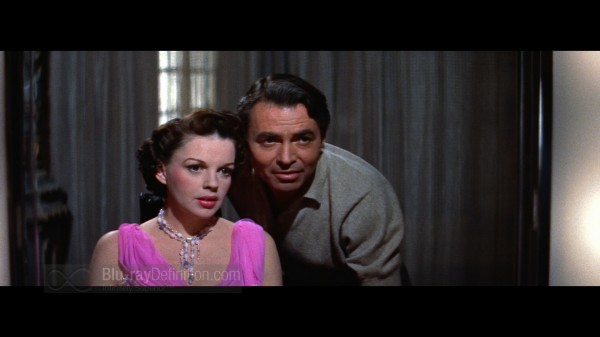 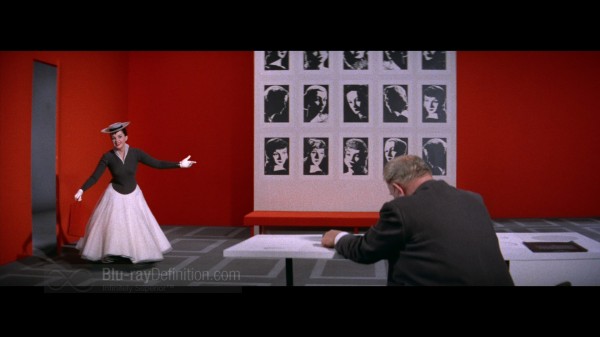 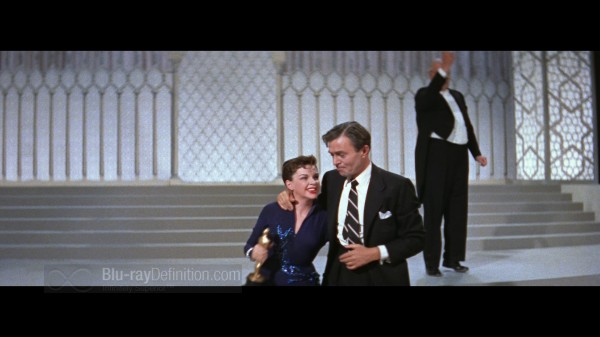 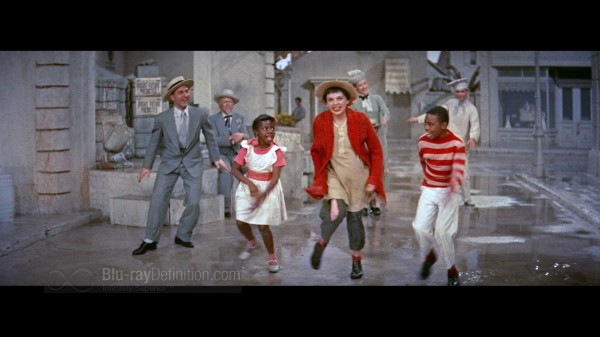 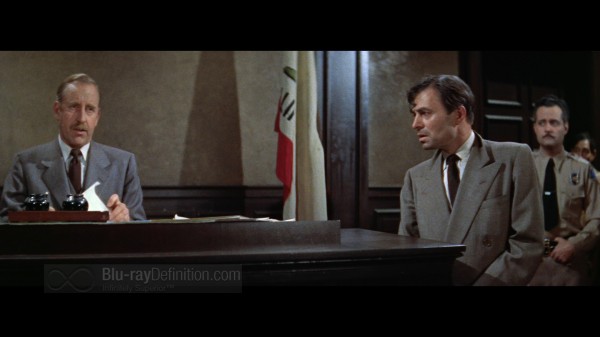 Purchase A Star is Born Blu-ray Book at CD Universe

on Amazon on Demand

Enter to win a Squeezebox Radio Courtesy of Logitech and Blu-rayDefinition!