A Town Where You Live is based on the shonen manga by Seo Kouji. It’s a romance drama that revolves around male protagonist Kirishima Haruto and an eventual love triangle that resolves over the course of several years.

Kirishima Haruto first meets Eba Yuzuki when they are young and she attends his small town of Shōbara, Hiroshima’s Summer Festival. She is distraught and crying because she hates it in the country, but Haruto shows the girl a good time and calms her down. He tells her if she is ever troubled again she should return. Years pass and when Haruto is in Middle School, Yuzuki does return after she becomes estranged from her new stepsister. She moves into Haruto’s home, although he has no memory of ever meeting her. Haruto once again helps Yuzuki come to terms with her problems and to make amends with her family, but over the course of the school year he falls in love with her. When she eventually moves back to Tokyo they initially begin a long distance relationship, but she cuts him off and stops talking to him. Haruto decides to follow Yuzuki to Tokyo for high school and he moves in with his sister. When he gets to Tokyo he finds out that Yuzuki is dating Kazama Kyōsuke, his senior at school. Haruto eventual finds out the true nature of the relationship; Kyōsuke is terminally ill and Yuzuki started dating him out of pity. The two guys begin a battle over Yuzuki’s affections, but Kyōsuke dies during an operation to try to treat his illness. Yuzuki is so wracked with guilt that she tells Haruto they should no longer meet. Two years pass and Haruto begins dating his schoolmate and neighbor Mishima Asuka. Asuka was one of his first friends when he moved to Tokyo, but now they are in a steady relationship. Still, he has a strange pull inside him that draws him to Yuzuki, and it becomes clearer when he bumps into Yuzuki’s stepsister and she starts trying to push him back toward her sister. What ensues is a heart wrenching and complicated choice for Haruto between a girl (Asuka) who truly loves him and the girl he has always been in love with since he was a kid.

This series will undoubtedly divide anime fans. There aren’t many, if any at all, of the usual elements of an anime series. One could strain to find some harem and comedic overtones, but they are handled more like a serious drama, or melodrama than what is common. Haruto may be a little mature beyond his years, in all honesty, even if he makes some stupid romantic choices, but, who doesn’t in their teens and early twenties? The one character here that is really shortchanged is Asuka, who is written as a real pushover once she realizes that Haruto may in fact be fooling around on her. She was the tough one, but she turns out to be desperate to keep him, to the point where she begs him to lie to her about it.

From an animation standpoint, the series looks good, though not cutting edge in any way. There are lots of details in the background designs that capture the mood of the scenes. On that point, and moving from the animation, so does the score from Oku Keiichi, which is very orchestral and almost like first half of the twentieth century Western modernist in the vein of Britten and Copland with some Asian undercurrents. 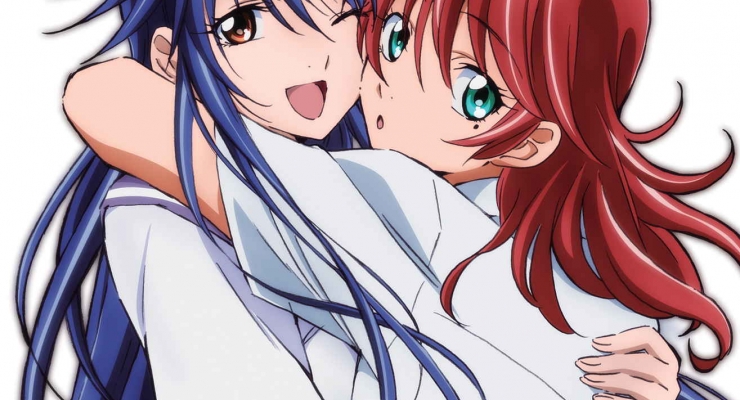 This is a beautiful transfer of A Town Where You Live’s digital animation encoded in AVC 1080p and framed at 1.78:1. Colors look vibrant, detail is good and there are no problems with stairstepping or other motion artifacts.

The original Japanese-language stereo mix is the sole audio option and it is supplied in LPCM 2.0. The sound is good with a natural sense of dynamics, clean, intelligible dialogue, and a wonderful balance of the sound effects and orchestral score. The cast do a bang-up job conveying the often emotional drama of this romance as well.

If you are the kind of viewer who likes strict harem or high school comedy types of anime, then A Town Where You Live with its mature tone and slow pace will not be for you, but this emotionally weighty tear-jerker is well done and avoids the juvenile pitfalls of many other anime series.

A Town Where You Live: Complete Series (TheaterByte Blu-ray Review)
3.6 / 5 TheaterByte Rating
{{ reviewsOverall }} / 5 User Rating (0 votes)
Gonzo/Nozomi EntertainmentStudios & Distributors
Yamauchi ShigeyasuDirector
Yoshida ReikoWriter
300 Mins.Run Time
$59.99MSRP
4 Oct. 2016Release Date
1.78:1Aspect Ratio
AVC 1080pVideo
Japanese LPCM 2.0 StereoAudio
TV-14TV Rating
EnglishSubtitles
The Creative Content
The Video
The Audio
The Supplements
Summary
A mature and often heartbreaking romantic drama that avoids the usual cliches of anime, but may not appeal to those who are looking for something with a quicker pace and more comedy.
What people say... Login to rate
Order by: