Across the Hall Blu-ray Review 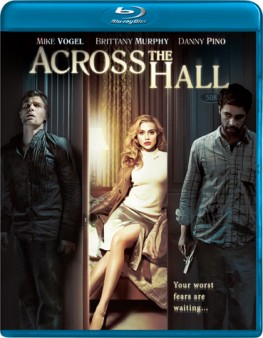 Across the Hall is writer/director Alex Merkin’s 2009 feature length version of his 2005 short film of the same name. It is a film noir tale of a love triangle gone wrong set in an appropriately dark and brooding hotel reminiscent of Stanley Kubrick’s The Shining and an Alfred Hitchcock film. As Julian (Mike Vogel) sits in his bathtub at home he receives frantic phone call from his best friend Terry (Danny Pino) who has followed his fiancé June (Brittany Murphy) to a hotel where he believes her to be having an affair. Slouched in misery in the room across the hall and waving a gun around, he begs Julian to come down there and help him out. Of course, things are not quite what they seem on the surface, and Merkin’s tale is full of twists and turns that, though often predictable, keep the story suspenseful nonetheless. 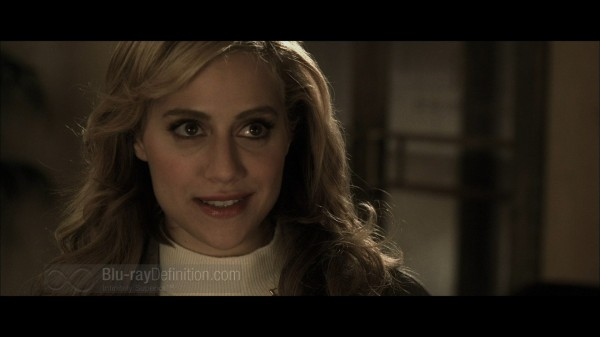 Unfortunately, Across the Hall does suffer from some heavy-handed direction. It falls prey to being a bit too stylish. Merkin pulls out every play from the film noir handbook to hammer home his theme here; from concierges skulking about in dank, cobwebbed wine cellars to one too many fish eyed lens shots. The story also drags a little. It definitely shows in places that it has its roots in being a short film and it is being drawn out to stretch over feature length.

Brittany Murphy is also tragically underused, although this last point may be the least of the film’s problems as Murphy, may she rest in peace, showed only flashes of brilliance in this role. There were moments where she was her usual, light breezy self and others where she seemed like the perfect femme fatale. For the most part, however, Murphy’s dialogue seemed forced and unnatural, as did everyone else’s. The one true standout in Across the Hall is Brad Greenquist in the role of The Porter. He is perfectly creepy and eerie. The absolutely correct, old school character for such a film as Across the Hall. 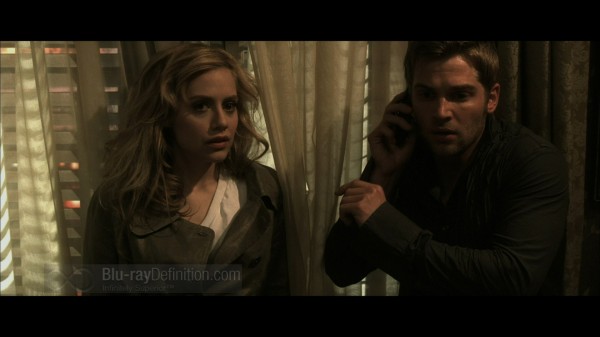 Other than seeming just a little soft due to its production choices, Across the Hall looks very nice. Its 2.35:1 AVC/MPEG-4 1080p encoding from Image Entertainment has a fine layer of grain that is relatively consistent, only jumping a bit in the very darkest of scenes. The source is clean and the presentation is film-like with strong shadow delineation and great flesh tones. 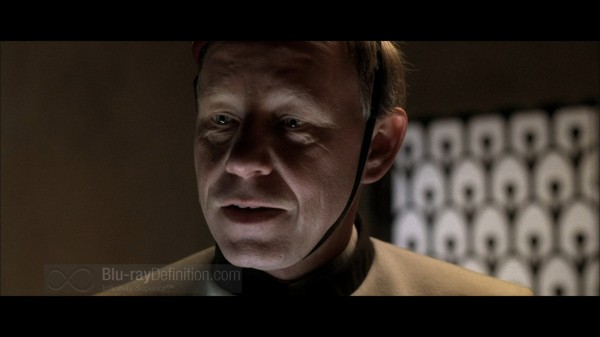 Across the Hall comes with a fine English DTS-HD Master Audio 5.1 soundtrack that provides clean dialogue and appropriately eerie and atmospheric ambience for the gloomy and stylish film. There are good dynamics, relatively extended low frequencies and smooth highs. The mix is more about the subtle things going on than a lot of discrete sound effects that will wow you, but in that respect it still succeeds and works quite wel for the material at hand. 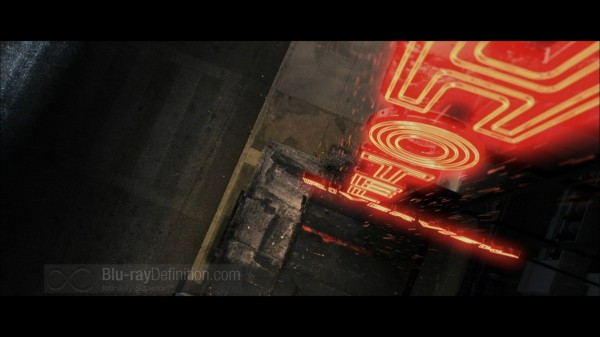 The supplements on this Blu-ray release of Across the Hall are all in standard definition and, frankly, they feel like afterthoughts more than anything else. They all reuse much of their footage and they do not add much insight. 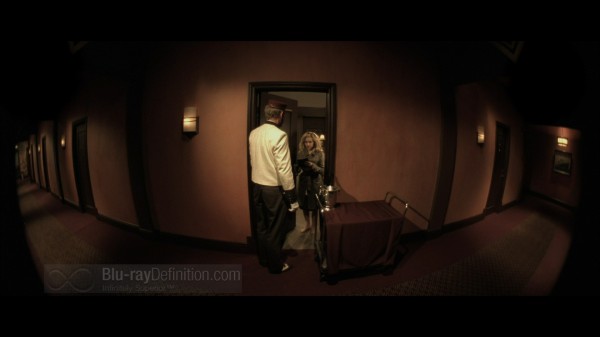 Across the Hall may suffer from being “tragically stylish.” It’s looks beautiful, it feels eerie and weighty, but below the veneer, there is not much going on. It is not exactly one of the greatest film noir pieces out there, but on the flipside, it’s not the worst either, and this more than competent Blu-ray release from Image Entertainment means it is at least a worthy weekend rental disc, especially if you’d like to catch a glimpse of Brittany Murphy in one of  what is now one of her last roles.