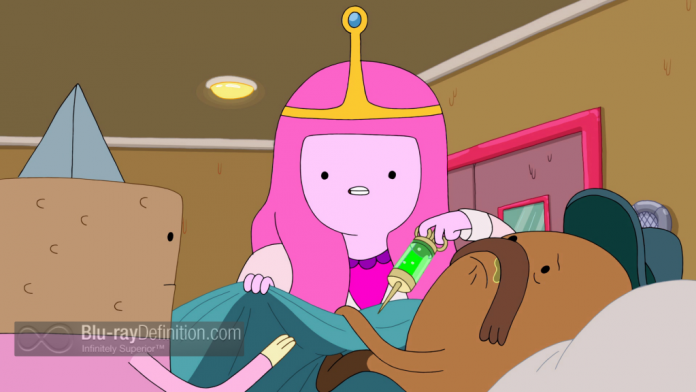 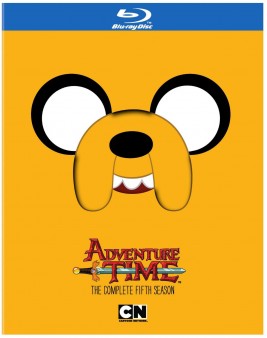 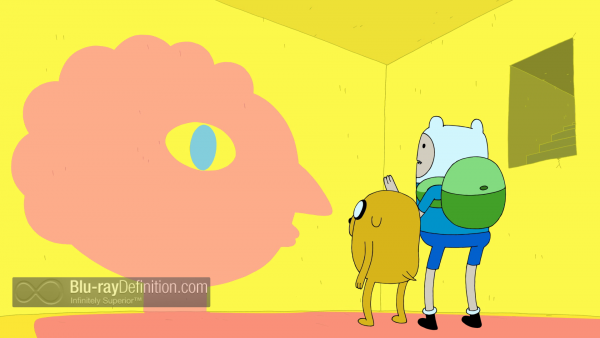 The 52-episodes of season 5 of Cartoon Network’s Adventure Time, the comedy/fantasy animated series following the adventures of Finn the human and Jake, the magical shapeshifting dog on their surreal adventures through the land of Ooo offer yet more hilarious, weird, and superbly animated skits. In standout moments have Jake and Lady Rainicorn having five kids, and an episode with Jake, Finn, Princess Bubblegum and Marceline all switching genders. 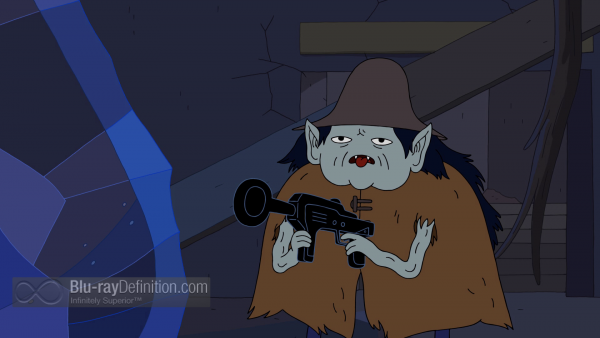 Adventure Time comes to Blu-ray with the rare VC-1 1080p encodement from Cartoon Network. While the animation, with five hours worth of episodes squeezed onto each disc, looks basically good with crisp line art and vivid colors, there is the odd bit of motion artifact and aliasing that shows up. Otherwise, it looks pleasing, but not perfect. 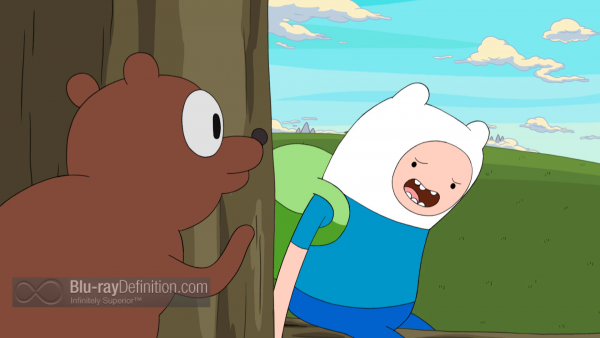 Still, the series comes only with a lossy Dolby Digital 2.0 stereo track as the sole audio option. I suppose that is all we will ever get at this point. A lossless track would probably have been better, offering a little bit more natural sounding high end and ambient trail offs, but the track here sounds quite good and doesn’t have any clipping. 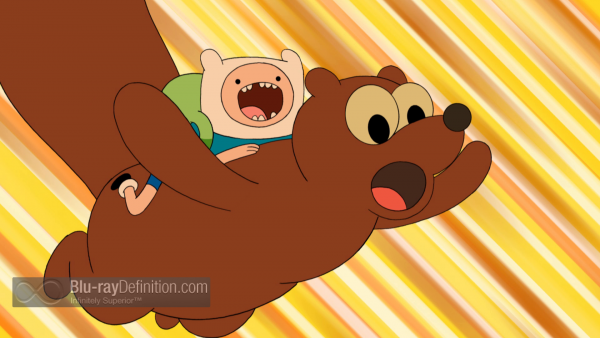 We don’t get much on this fifth season of Adventure Time, just the animatics and the brief Adventure Time Forever featurette that includes members of the crew discussing the series and its impact on popular culture. 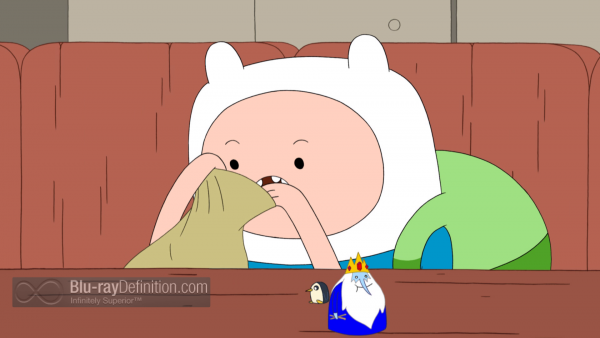 Adventure Time: The Complete Fifth Season offers up a lot more of the same, and that’s not a bad thing. It’s witty, intelligent, and most of all funny. On top of all that, the animation is great to look at. 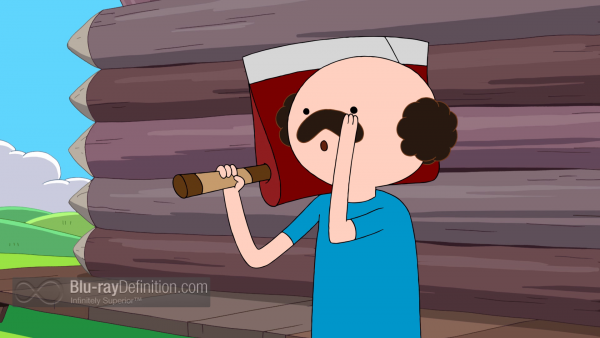 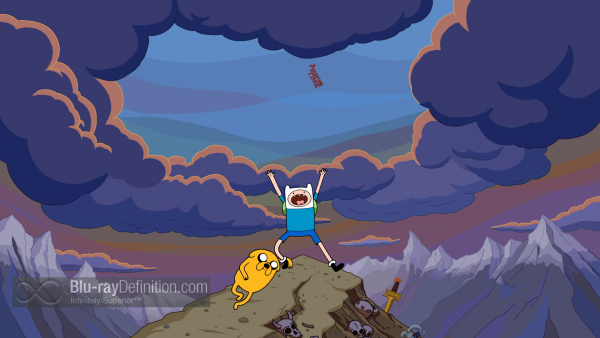 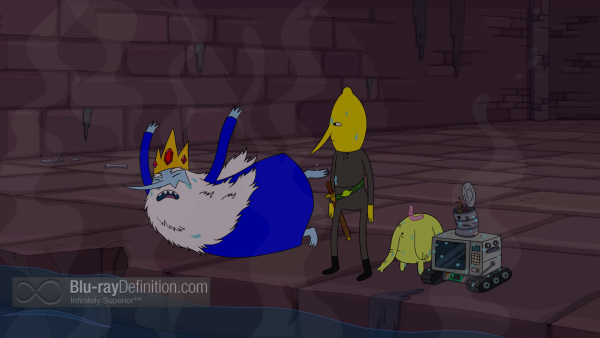 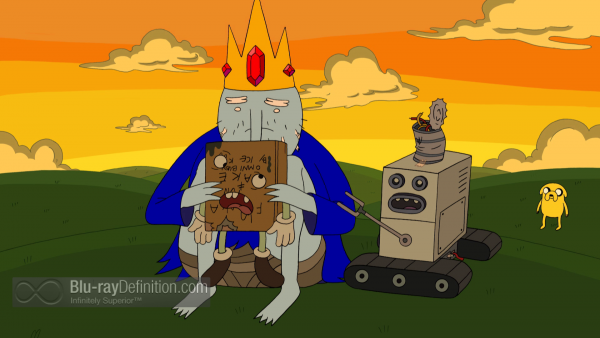 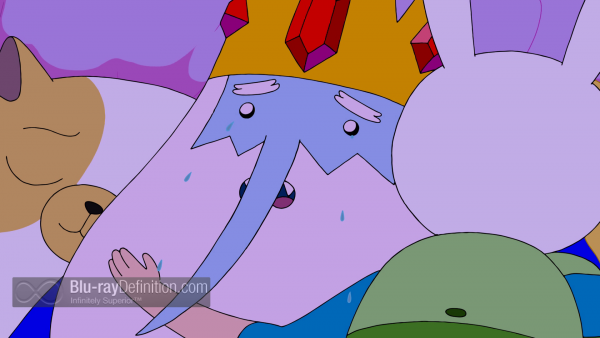 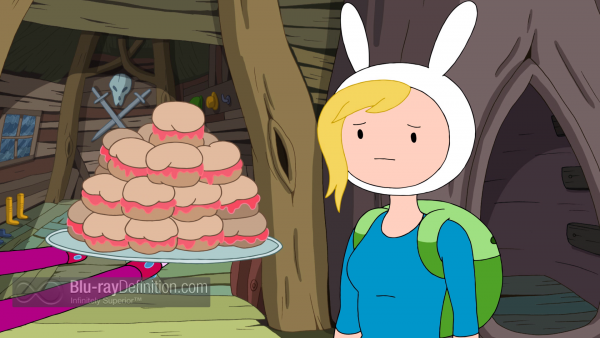 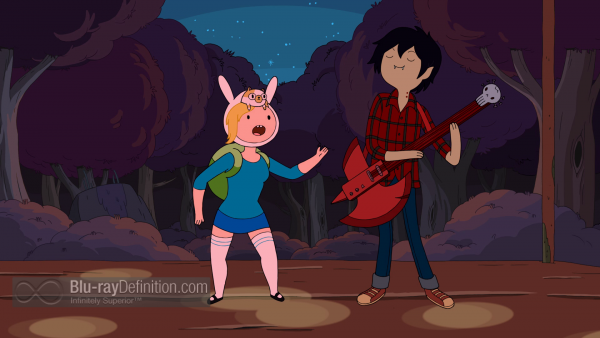 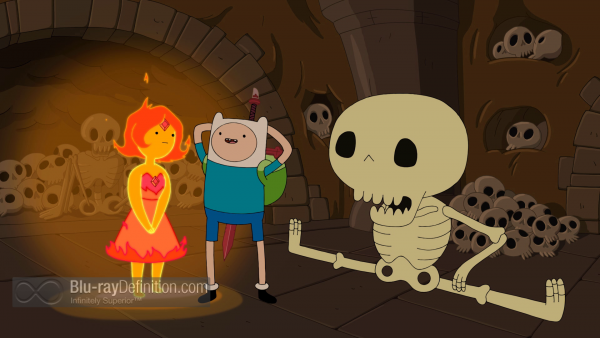 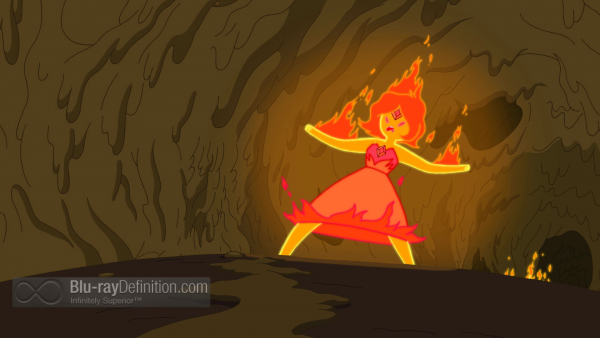 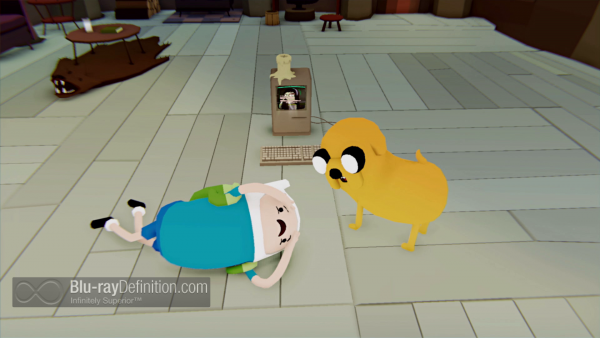 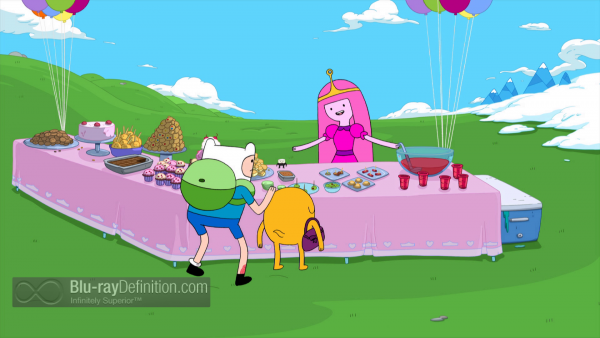 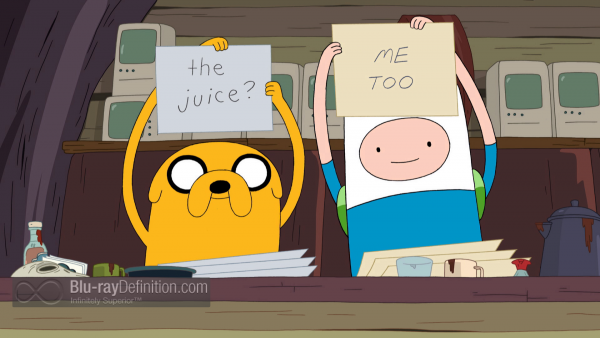 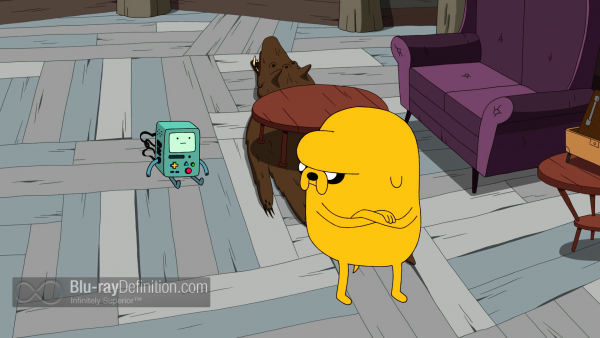 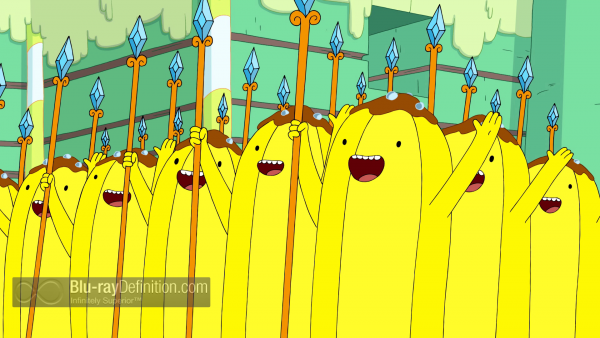 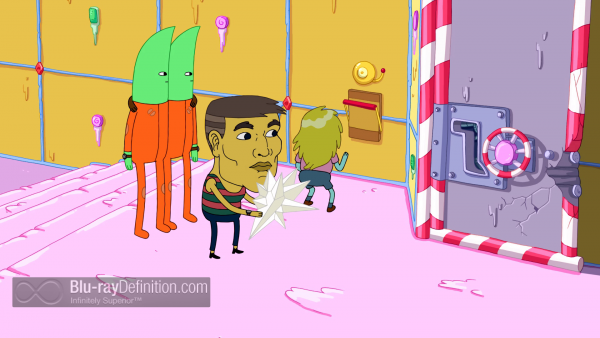 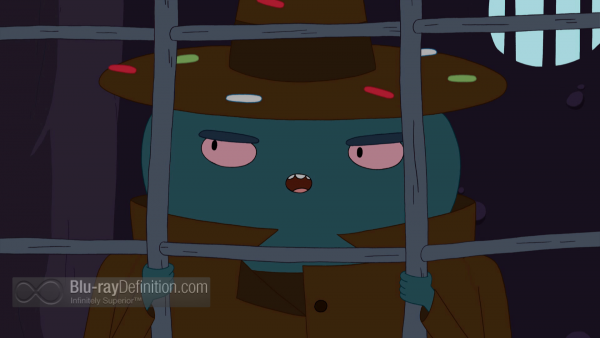 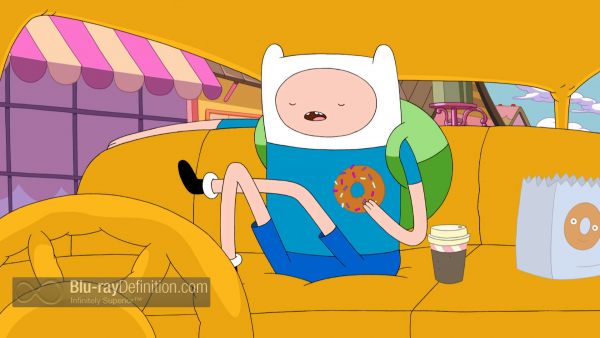 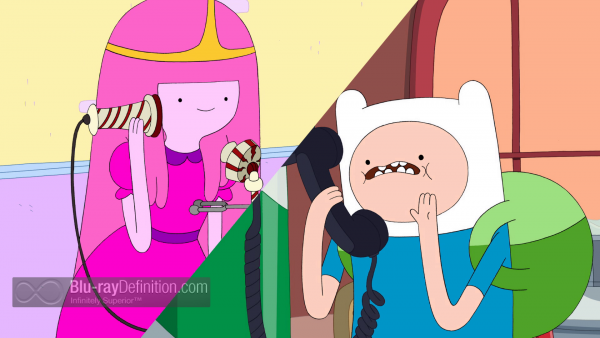 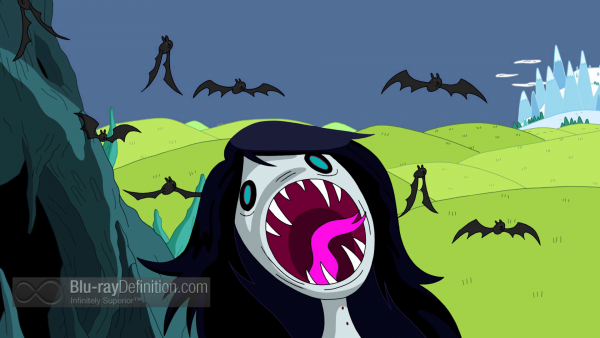 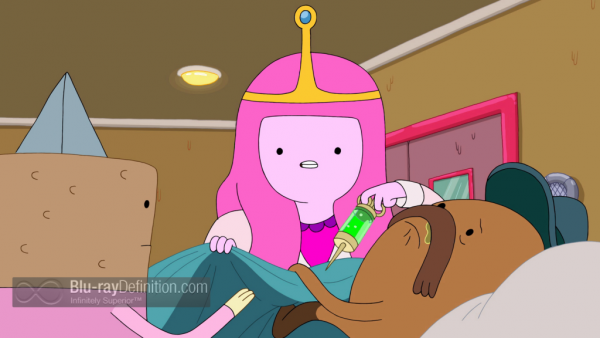