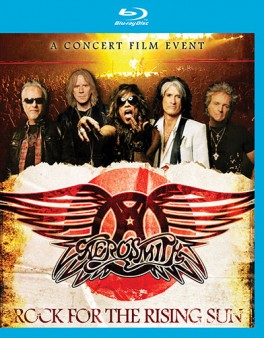 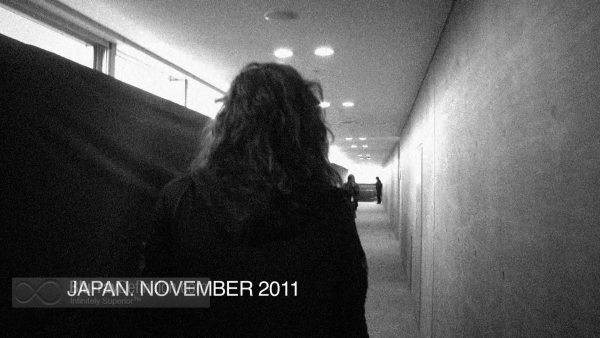 Directed by Casey Patrick Tebo, a young director who has worked with such acts as Mötley Crüe, Judas Priest, Lady Antebellum, Stevie Nicks, and Run-DMC, Rock for the Rising Sun is a concert film that captures veteran hard rockers Aerosmith in 2011 taking time out from the recording of their most recent studio album Music from Another Dimension! to tour Japan, directly after the devastating earthquake, tsunami, and subsequent meltdown of the Fukushima nuclear power plant.

The film intersperses many complete live performances from various venues throughout Japan with more personal moments of the band touring the country, meeting with their avid fans and even taking time out for some fun at Tokyo Disneyland. Despite the seriousness of the situation surrounding the earthquake and meltdown, and numerous warnings for them to stay away, Aerosmith journeyed forth with their tour of Japan, a relationship that began when they first toured the Far East in 1977.

The performances are a virtual greatest hits that stretch all the way back to the band’s eponymous debut, with the track “Mama Kin” to their big “comeback” hits of the 80s, like “Love in an Elevator”. Absent from the performances is the ubiquitous piano ballad “Dream On”.

Although these guys might not have the same jump in their step that they once did (believe me, I saw them like A MILLION times in the 80s, from their first comeback tour “Done with Mirrors” through Pump) the music is still the same. They were never a tight band. Like The Rolling Stones, Aerosmith is more about a feeling or a groove than absolute tightness, and they lay down some groves in these performances. Do they reach the same heights of the band at their youthful best? Maybe not, but it’s still really good rock and roll. 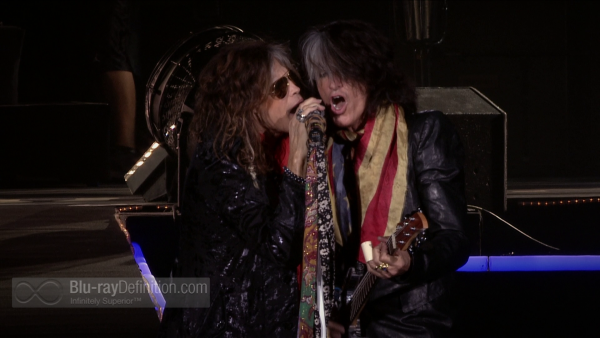 The high definition production arrives on Blu-ray with a 1080i/60 AVC/MPEG-4 encodement. It shows some banding and posterization, but detail is good and unintentional video noise is slight. 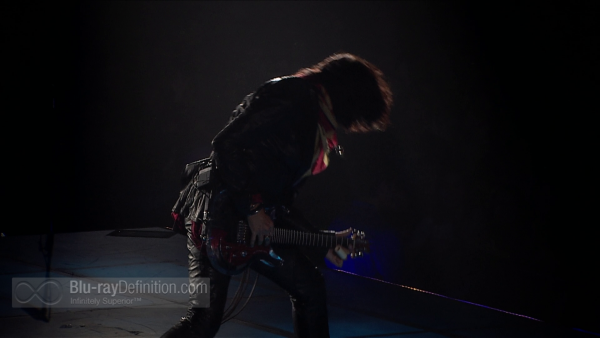 DTS-HD Master Audio 5.1 (48kHz//16-bit) and LPCM 2.0 stereo (48kHz/16-bit) audio tracks are offered. They aren’t the best I have heard for a concert disc, but they are enjoyable nonetheless. The differences between the stereo and surround mixes are slight, although the stereo mix does seem to have just a little but better overall balance. Instrumental separation is average, given that Brad Whitford’s guitar, placed in the left front channel, is barely audible during much of the performances. Tyler’s lead vocals, however, are clear in the center. Surround channels in the surround mix are given a small amount of room ambience. 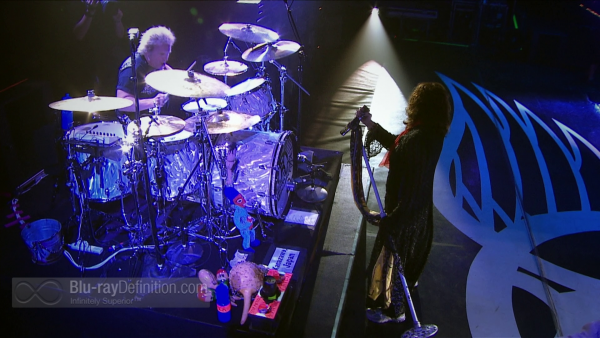 We get two bonus tracks as the only supplements, but they are good ones. 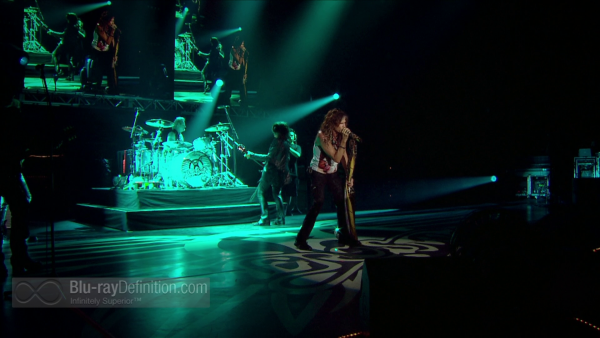 Most of the hits are here and some personal moments as well in this concert film that captures enduring hard rock veterans Aerosmith during their 2011 post-tsunami tour of The Land of the Rising Sun. 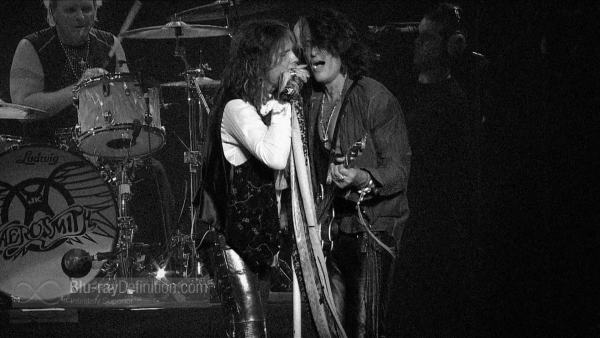 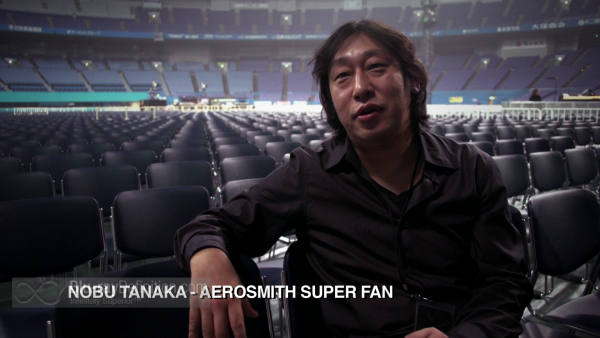 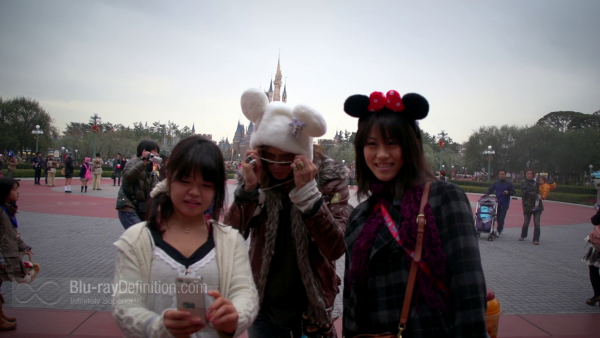 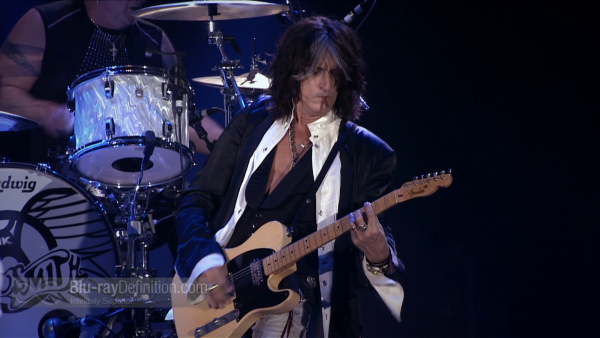 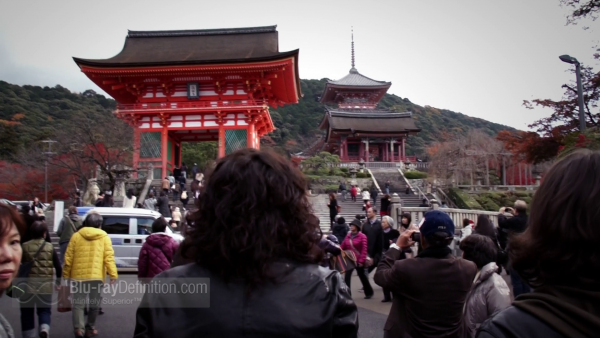 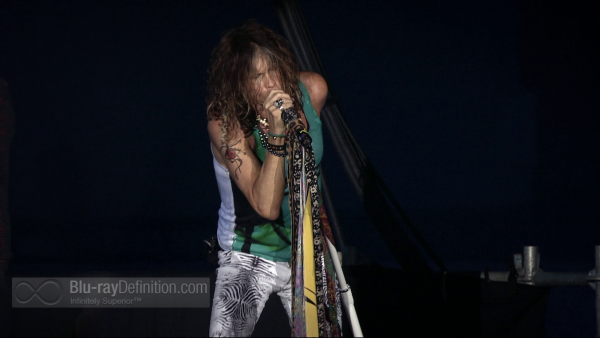