Henry Louis Gates, Jr. continues his studies and exploration of Africa and the African-American experience with this six-hour documentary series that goes right into the cradle of civilization and uncovers things previously unknown in our Euro-centric history books. Gates’ history covers the dawn of man through to the 20th century post-colonial era of reemerging independence. His journey through the various nation states from the small to the towering includes the pyramids Egypt, the rise of the sub-Saharan empires, and powerful Zulu. Revealed in the series, and what may come as a surprise to some unfamiliar with African history, is that Ethiopia was never colonized by the Europeans, the nation fighting off European encroachers not once, but twice. First early on when the Roman Catholic church tried to impose its own form of Christianity on an Ethiopian church that had already existed for a thousand years, and the second at the end of the 19th century when the Italians decided to invade. Gates’ also doesn’t avoid the difficult topics in his series, tackling the slave trade with honesty and the African royals’ complicity in opening up the continent to the trade.

Gates has carved out a niche for himself on PBS with his numerous series concerning the intricacies of race and African history. This series is no exception and may be one of the more interesting ones, because it bypasses contemporaneous issues and goes right to a broad history of a continent that is so often ignored. 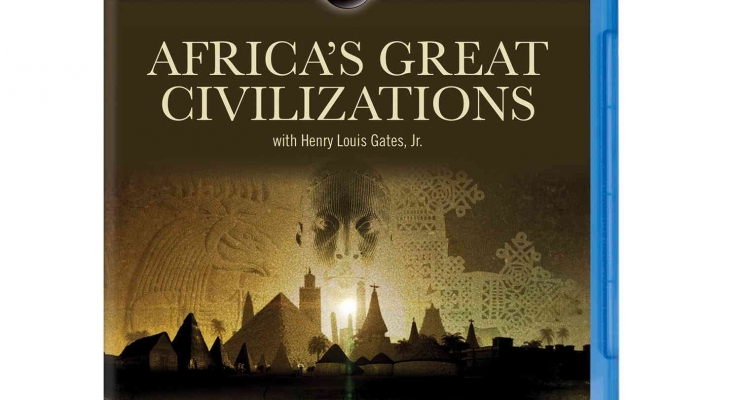 This AVC 1080p encodement on Blu-ray is not great looking by any means. It is reasonably good only by documentary standards, but it is soft, a little oversaturated at times and suffers from video noise and color banding.

The basic English DTS-HD Master Audio 2.0 stereo mix is good enough to convey Gates’ narration and the score, but dynamic range is limited and there are only minor sound effects.

This release comes with no special features.

An educational series that should be a mainstay in classrooms, Africa’s Great Civilizations by Henry Louis Gates, Jr. is an enjoyable watch even if the audio/video quality is not quite up to snuff.