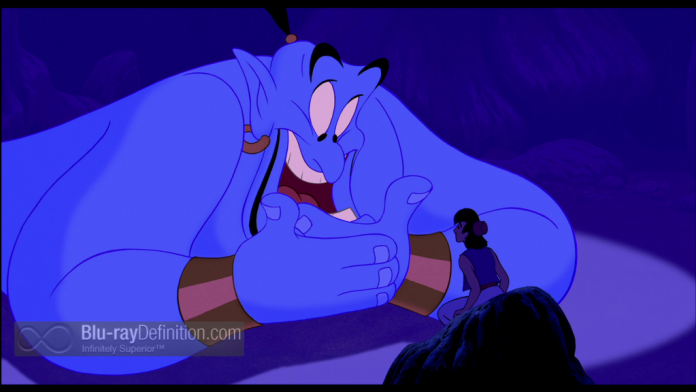 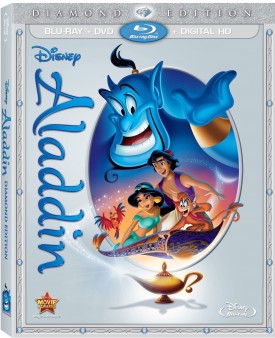 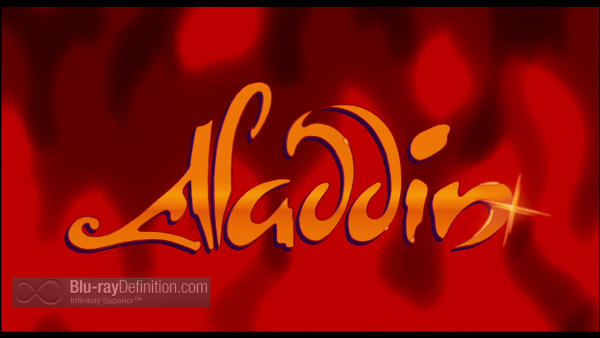 Aladdin was the third in a series of animated films from Disney that started the resurgence of the Disney and the animated feature film renaissance in the 1990s which began with The Little Mermaid in 1989 and continued with Beauty and the Beast. Aladdin kept the trend going in 1992, mixing the traditional Disney elements of fantasy, adventure, romance, memorable melodies, monsters, and a scary villain into one tight family friendly package.

A sultan (Douglas Seale), under the spell of his nefarious Vizier, Jafar (Jonathan Freeman), orders his beautiful young daughter, Princess Jasmine (Linda Larkin), to marry within three days and since there is no prince to be found, that person will have to be Jafar who is plotting to become Sultan. Meanwhile, the streetwise orphan Aladdin, who’d previous met the princess in a street market when she tried to escape from the palace, comes across a magical lamp in the cave of forbidden treasure. When he rubs the lamp, out pops a powerful genie (Robin Williams) who swears his allegiance to Aladdin and grants him three wishes. Aladdin uses his wishes to help gain the hand of Princess Jasmine, but he will have to get past Jafar and other dangerous obstacles before the happy ever after ending for the young couple is to be.

The magic in the film is in both the gorgeous trademark Disney animation, pushing the boundaries of traditional hand drawn and CGI assisted animation before the days of the 3DCG dominated animated world, and the breakneck improv of Robin Williams’ comedic genius as the genie. Williams keeps this film afloat and outshines the entire cast with his mile-a-minute impersonations, inside jokes, and spot on comedic timing. Is this the beginning of making sure there’s a big name attached to your animated feature? Maybe, but it’s still a treat regardless. 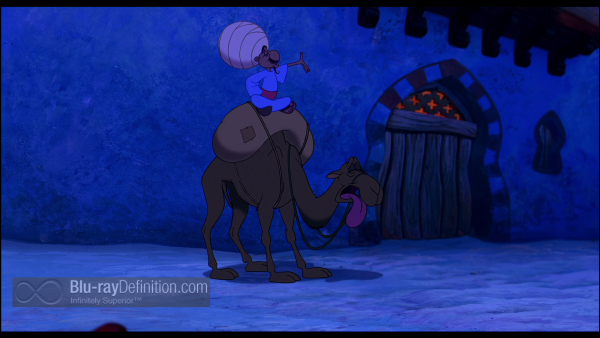 Aladdin simply put looks gorgeous on this AVC 1080p Blu-ray release from Disney. The colors pop beautifully, the contrast is strong, the image is bright and clean and detail is sharp. There are no motion artifacts that can be spotted, there’s no video noise, and no aliasing. This is A+. 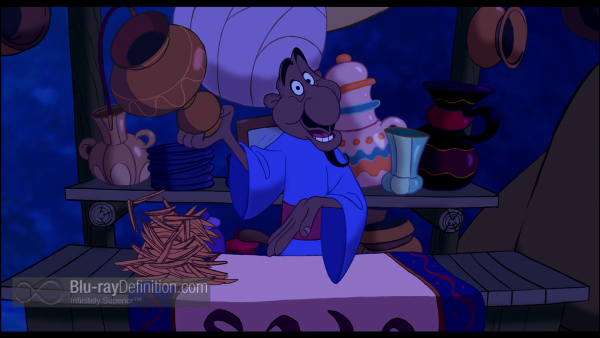 Aladdin gets fantastically upgraded sounded in a DTS-HD Master Audio 7.1 (48kHz/24-bit) soundtrack on Blu-ray. The highs and lows are so well balanced and natural, the dialogue and vocals during the songs are clear and full, and sound effects are solidly placed around the room effectively throughout the film. One of the best moments comes when Aladdin enters the cave of the forbidden treasure to recover the lamp and it begins to collapse. There is a wonderful wall of sound that pulls you right into the action and the score also cuts through clearly. 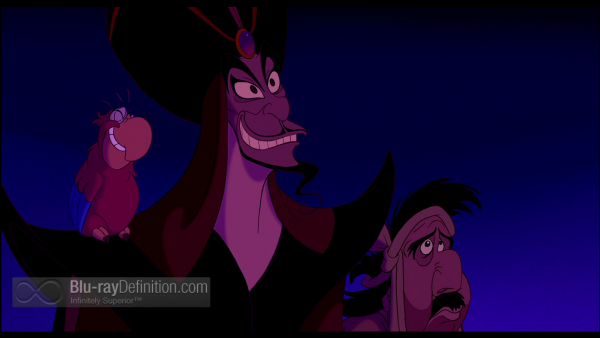 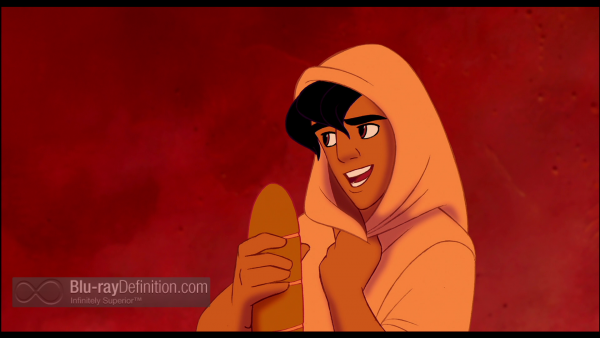 Aladdin is a testament to the lasting comedic genius of Robin Williams and the enduring quality of Disney’s family friendly animation. This ‘90s classic is still enjoyable and holds up perfectly well against the 3DCG competition in this beautiful new Diamond Edition Blu-ray. 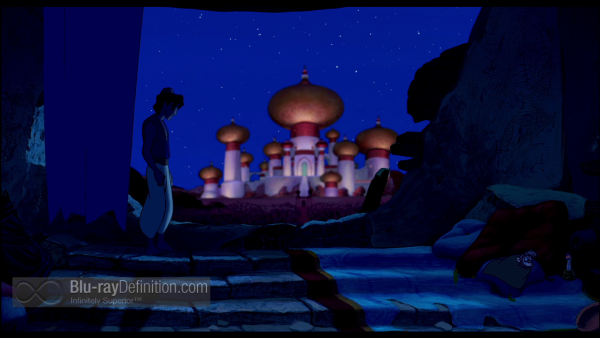 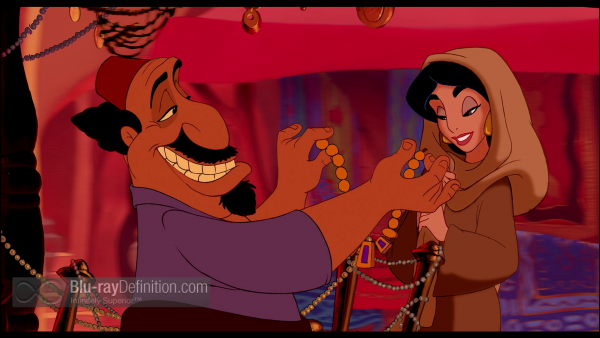 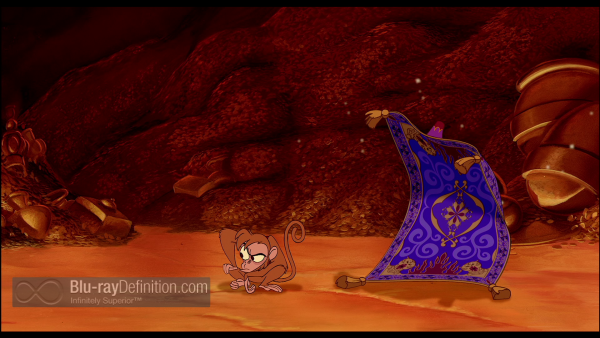 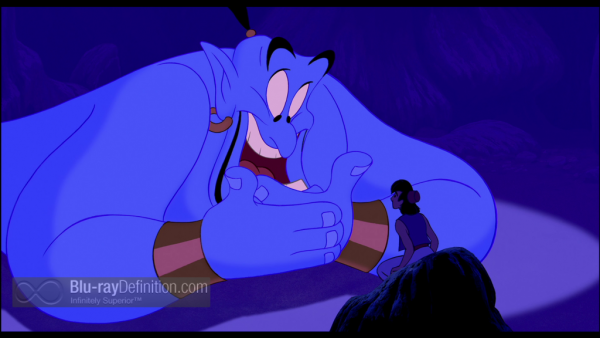 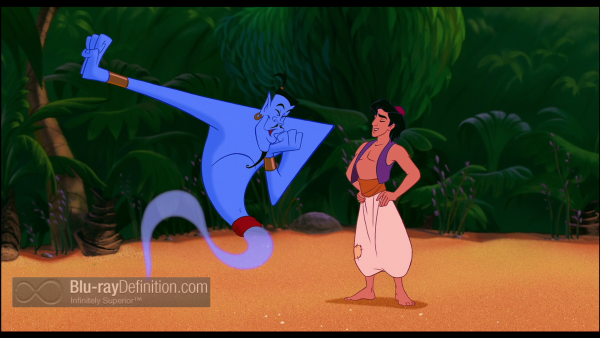 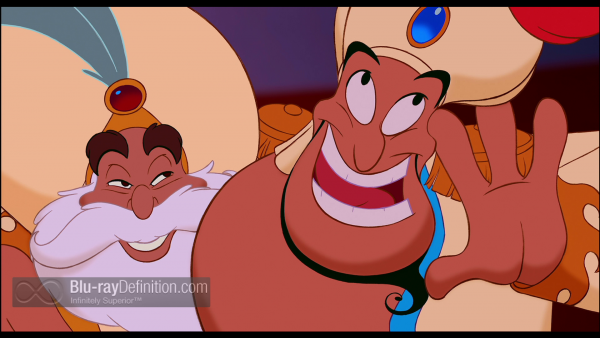 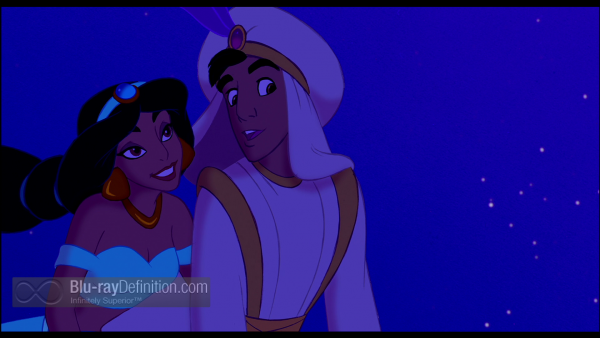 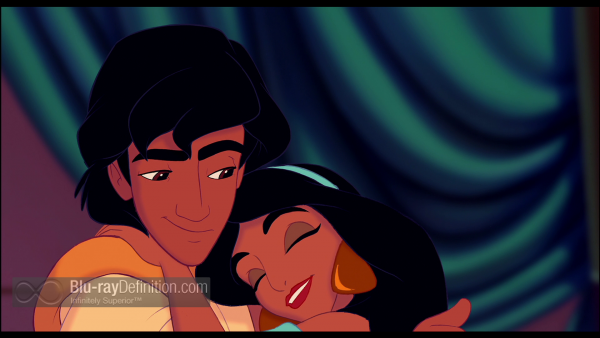