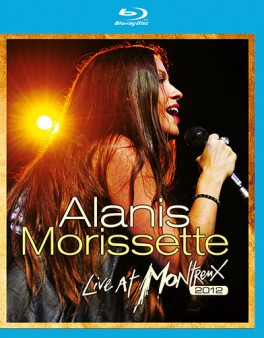 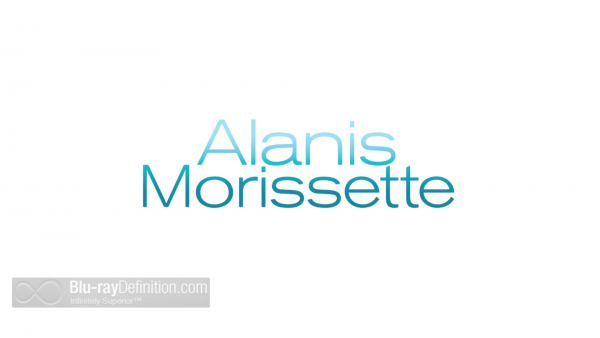 Canadian singer-songwriter Alanis Morissette made an international breakthrough with what was billed as her debut album at the time, Jagged Little Pill, in 1995 (the child star had in fact already recorded two albums previously in her native Canada). The grunge-era smash yielded numerous hits and cemented Morissette’s brand of frank, in your-your-face, honest soul baring in the annals of rock and roll. Nearly two decades later, and Morissette is no longer the angry young 20-year-old that churned out such bird-flipping feminist manifestos as “Ironic,” “Hand in My Pocket,” “You Oughta Know” and “You Learn.” Now, several albums and nearly 20-years later, the singer-songwriter is a bit softer around the edges, married, and has experienced motherhood, having her first child in 2010. Her latest album Havoc and Bright Lights reflects these changes, and the subsequent tour (of which this show at Montreaux on July 2, 2012 was a part of) is a mixture of those new songs and the beloved classics from her past. The older songs keep their charisma and energy, with “Hand in My Pocket” being slowed a bit to a mid-tempo, even more acoustic-driven roll and “You Oughta Know” having the same driving, grunge-like guitars that defined the 90s. The new material acts as a lighter, freer counterpoint to the more confrontational material.

Morissette and her band’s performance on this night is inspired and energetic. Morissette, hardly looking a day over the age she was when she first began dominating the airwaves With Jagged Little Pill, sounds just as young as well, although her vocals are also still just as garbled as ever. It is both endearing to her fans and annoying to those who appreciate her introspective lyrics. Her band backs her up nicely and the crowd, appreciative of the mix of tracks, seems honestly thrilled to be a part of the show. 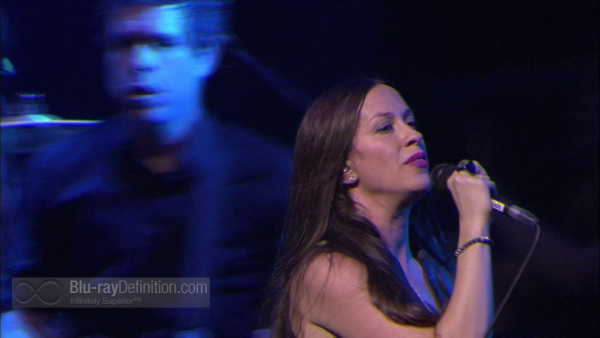 The high definition production offered up in 1080i/60 AVC provides a more than adequate presentation for the show. While a lot of the quick pans and flashing lights do expose some of the digital source’s weaknesses such as noise and combing artifacts, there is a natural appearance to flesh tones and good detail on close-ups. 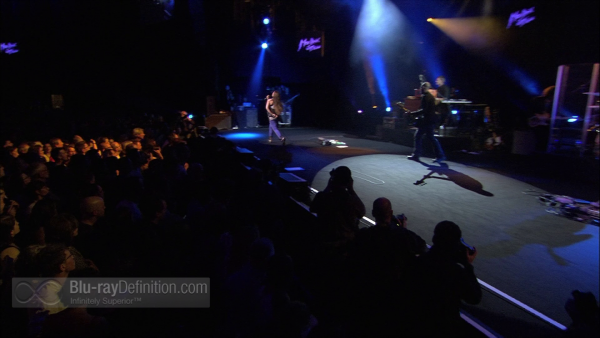 Alanis Morissette: Live at Montreaux 2012 gets two excellent high-res 96/24 soundtracks in LPCM 2.0 stereo and DTS-HD Master Audio 5.1. Either mix offers a punchy midrange with strong instrumental separation, clean vocals, and natural sounding high frequencies. The 5.1 mix is still the way to go, however, as it mixes in more of the sound of the “room” with the surround channels, spreads things out a bit wider, and extends the lows a bit deeper. 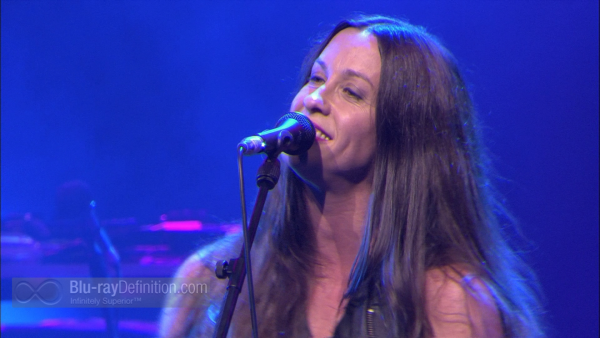 Liner notes briefly outlining Morissette’s career and this show at Montreaux are included. 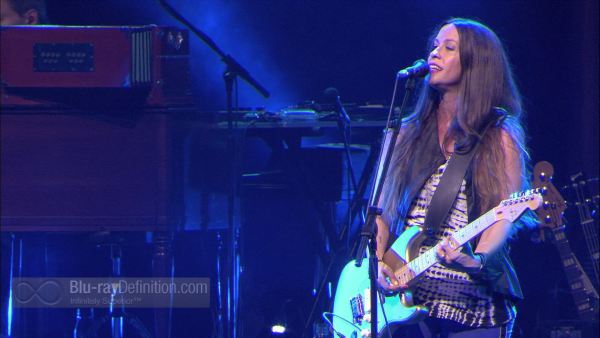 Another excellent rock performance from Montreaux that has now gone well beyond its Jazz roots, this Alanis Morissette performance from 2012 will be a must-have disc for fans of the now-veteran singer-songwriter. Its 96/24 high-res audio tracks make it an even easier decision to purchase this one. 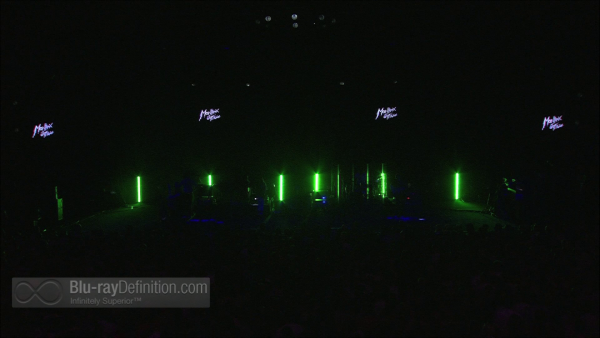 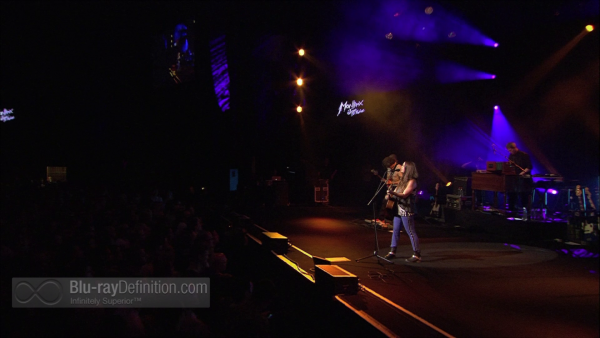 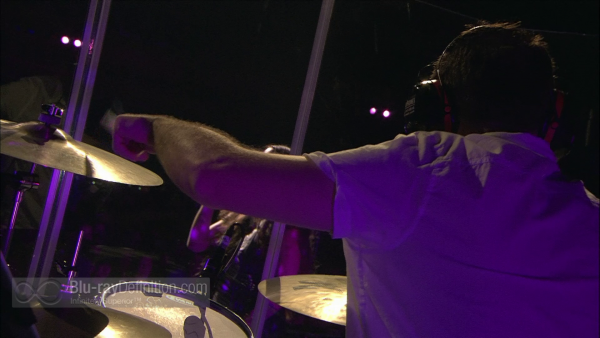 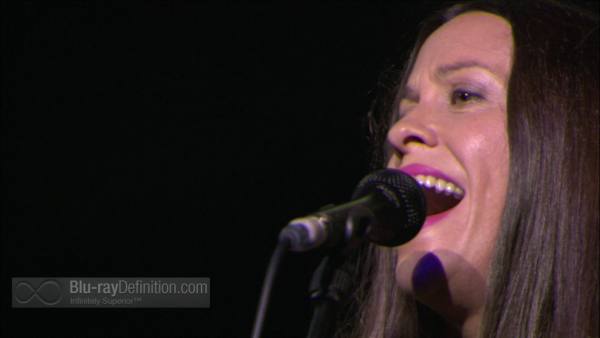 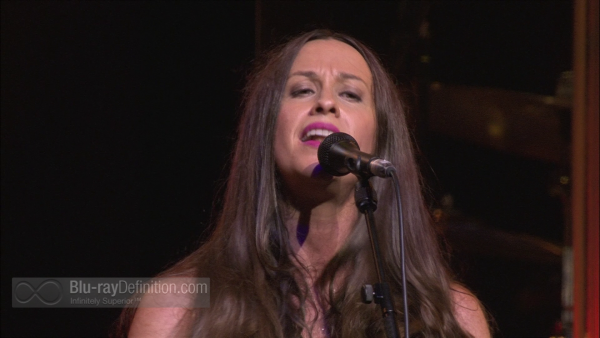 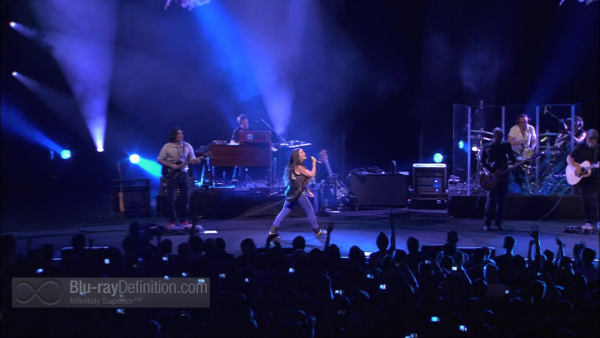 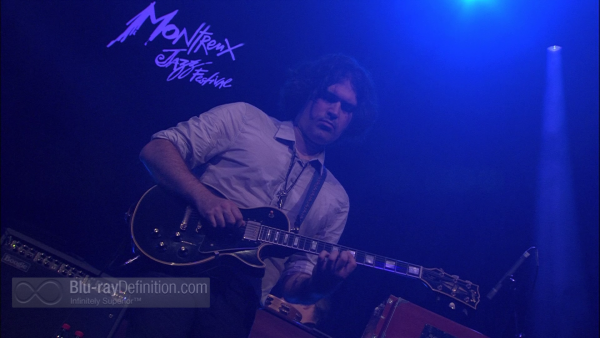