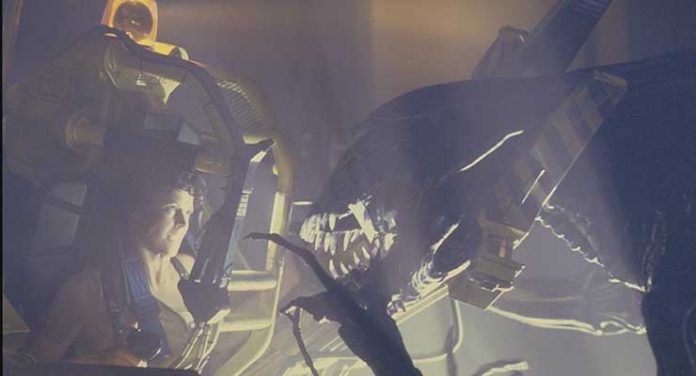 In 1986, James Cameron took the reins of the Alien franchise to direct the sequel Aliens and brought to it his great command of big budget visual effects spectacles and his fetishistic fascination with all things militaristic to offer up a story that wallops from start to finish.

Sigourney Weaver returned to play Ripley, the lone survivor from a commercial spaceship that was destroyed on a distant moon after being attacked by nearly indestructible alien creatures. After drifting in space for over fifty-years in stasis, Ripley is finally recovered, only to be told while in hospital by a representative from her company (Paul Reiser) that the moon where she faced such disaster has been colonized by humans, but all communication with the colony has been lost. A mission has been authorized to send in a group of marines to reestablish contact and find out what’s going on and Ripley is asked to join as an advisor to the mission. She immediately assumes the worst has occurred, and sure enough when they arrive, they find the place infested with the alien creatures and everyone dead, except one little girl, Newt (Carrie Henn), whom Ripley grows attached to and protective of. As the team battle the aliens, there is eventually a final showdown between Ripley and the Queen Alien for survival. 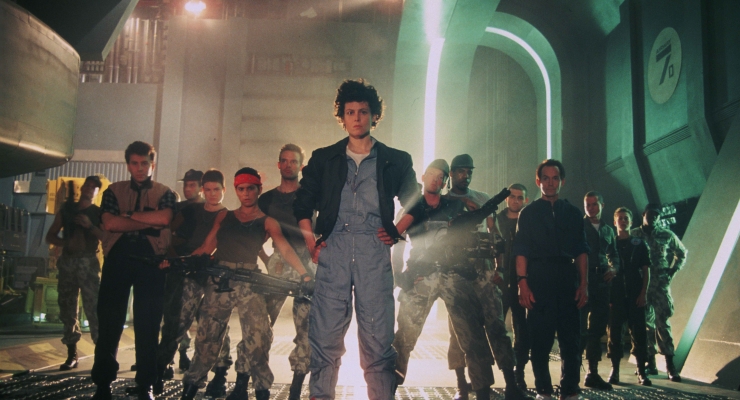 The 30th Anniversary Edition of Aliens on Blu-ray arrives using the film’s digital restoration previously available on Blu-ray in the Alien Anthology and as a separate release. That doesn’t mean that this AVC 1080p transfer of the film’s 1.85:1 framing doesn’t still look good – it does. It looks very good, with a very sharp layer of consistent and organic grain. Grain haters may not like it much, as it isn’t pristine like a lot of modern, digitally captured sci-fi films, but it looks fantastic.

Aliens has two audio options. There is the English DTS-HD Master Audio 5.1 mix and the Dolby Digital 4.1, which is available only for the Theatrical cut. The 5.1 mix is really souped up, to use a technical term, and presents the film well with excellent dynamic range and good spacing of sound effects. There is some audible clipping from time to time, but it’s to be expected given the film’s age. The 4.1 sounds a little more claustrophobic, but does offer more authenticity for those who want that true to the era experience.

Although much of the extras on this disc are ported over from previous releases, we do get a brand new set of art cards, an illustrated comic reprint, brand new packaging and Digital HD UltraViolet of the Theatrical Version of the film.

While this is not a new release, Aliens is still one of the great action films and this transfer holds up brilliantly. The added bonus of the UltraVolet and new art cards and illustrated comics are welcome bonuses. Just be aware that the digital copy only includes the theatrical cut and not the ’91 Special Edition director’s cut.