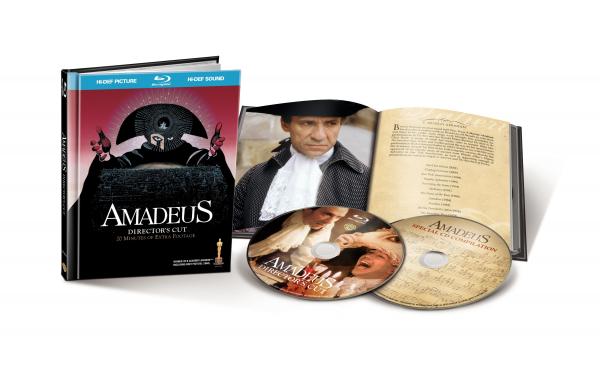 Amadeus is director Miloš Foreman’s film adaptation of playwright Peter Shaffer’s 1979 stage play of the same name, which in turn was itself inspired by a short play by Alexander Pushkin entitled Mozart and Salieri. Adapted to the screen by Shaffer and Foreman, it tells the story of the rivalry between the late-18th century composers.

Telling the story from the viewpoint of Salieri (F. Murray Abraham), the film begins in a sanitarium with the elderly Italian composer attempting suicide then confessing to killing his rival Wolfgang Amadeus Mozart (Tom Hulce) as he recounts the story of his life during his confession to a priest. 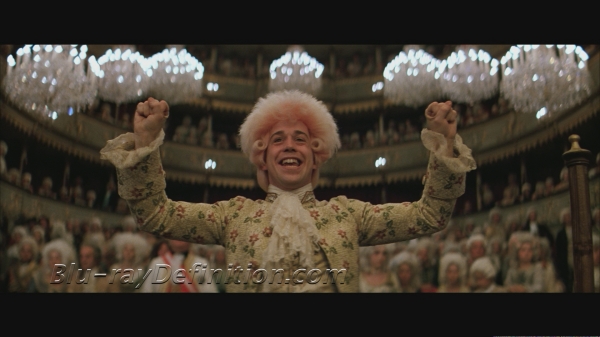 As the elderly Salieri recounts his story, a tale of envy, jealousy, lust and deceit is revealed as Salieri is shown having to live his life suffering in the shadow of obscurity and mediocrity next to the overwhelming genius that is Mozart. It is all too much for Salieri, a devout Catholic, to bear that such a boorish creature Mozart, whom Salieri sees for the first time frolicking sexually on the floor with a woman, using foul language and spewing crude jokes, has been “blessed” with such an easy genius, so he rejects God and vows to destroy Mozart.

Historians have long debated the accuracy of Shaffer’s account of the relationship between Mozart and Salieri. The obvious artistic license taken here is the implication that Salieri murdered Mozart, however Shaffer’s account is not that far off from reality. It is known that Salieri and Mozart were in fact artistic rivals whose relationship was at times contentious at best, but after Mozart’s death, Salieri did take on Mozart’s son Franz Xaver Wolfgang Mozart as a pupil, so murder can most likely be ruled out.

I would be remiss if I didn’t mention the exquisite musical score, which is, naturally, made up of the music of Wolfgang Amadeus Mozart as played by Sir Neville Mariner and The Academy of St. Martin-in-the-Fields. In Amadeus, Mozart’s music is used to great effect and becomes a third character, taking on a life of its own. There is no one theme that becomes prominent, but, instead, Mozart’s prolific catalogue of compositions is drawn upon to fit the emotions apposite to the scene.

Director Foreman’s world of 18th century Vienna, captured on-location in Prague, is wonderfully lush and believable, and F. Murray Abraham puts on a performance that deservedly earned him the  Academy Award© for Best Actor™ as Salieri. Anyone who has ever fought against obscurity, a rival in love, or felt a deep sense of injustice, which should be just about everyone in the world, will find something to enjoy in this film.

Amadeus arrives on Blu-ray in a 1080p/24 VC-1 transfer. Being one of the films originally scheduled for release by Warner during the days of the format war between Blu-ray and HD DVD before the studio became exclusive to Blu-ray, Amadeus falls into the category of being one of the few remaining releases that is still nothing more than a port over of their HD DVD encodings. As such, it is limited by a low-bitrate encoding that unfortunately softens the overall image somewhat, not allowing the lush details of Amadeus‘ period set to reveal themselves fully. With that being said, Warner has still done well in bringing this 25-year-old film to high definition. Little is seen in the way of blemishes to the original source, such as dirt and scratches, and there is still a slight bit of grain structure present to preserve a film-like quality to the image. 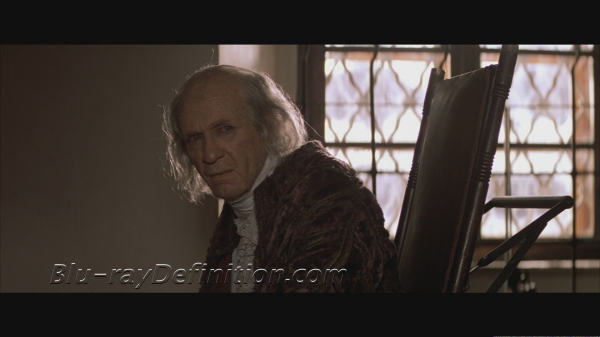 Flesh tones are accurate and shadow detail is good, though there are some occasional moments where blacks wash out just a tad. Contrast levels are set well, never showing any signs of blooming, and there are no compression issues such as macroblocking, but the overall smoothness, be it from the low bitrate or some form of DNR (Digital Noise Reduction) is still rather distracting at times.

Amadeus‘ soundtrack is mostly dialogue-driven and supported by a score of Mozart’s music, fittingly recorded and mixed from an audience perspective. As such, the bulk of the sound in the Dolby TrueHD 5.1 lossless mix resides across the front three channels with the surround channels carrying ambience and atmospheric effects such as crowd noises during the opera performance segments and the sounds of the streets of Vienna. The midrange is solid, with clear, full dialogue, but low frequency extension is quite subtle, so don’t expect this mix to give your subwoofer much of a workout. 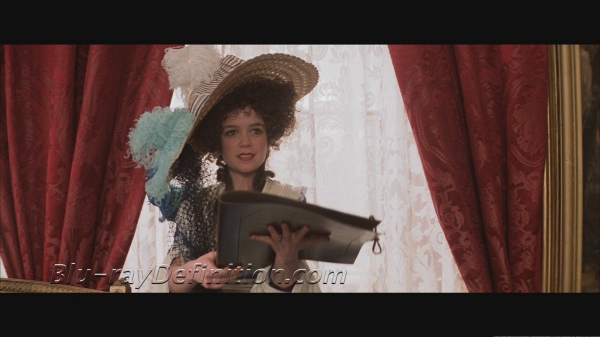 The star attractions of Amadeus‘ soundmix are the wonderful performances of Sir Neville Mariner and The Academy of St. Martin-in-the-Fields and they do not disappoint for one second. The orchestral performances are brilliantly recorded, with wide dynamic range, a pleasant amount of air around the strings, smooth high frequencies and excellent detail.

Amadeus Director’s Cut is not loaded down with a bunch of superfluous extras, but what is included is perfectly suited to the film and provides a good balance of information and extra value. The packaging itself can also be considered an “extra” of sorts, as Warner has released this as a Blu-ray Book, which is a “coffee table” book, filled with production stills, actor bios, and more. 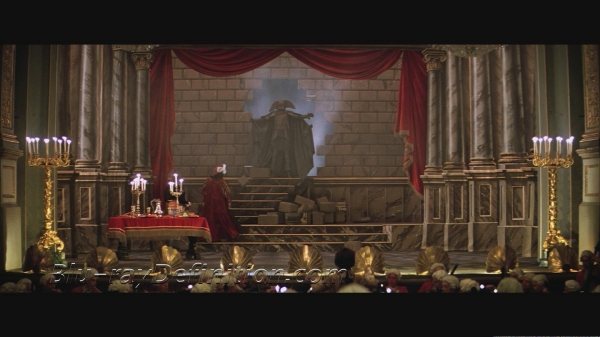 The extras available on this release are: 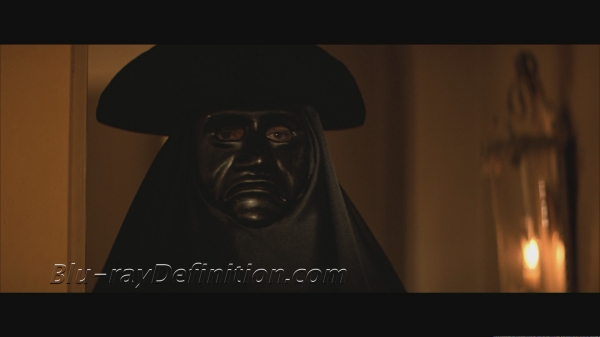 There is no doubt that Amadeus is one of the finest biopics about a composer in modern cinema. It is an enduring classic that people point to often that not only does justice to the music of the great composer, but honestly portrays the humanity of creative — love, envy, passion, jealousy, greed, fear, and desperation. Warner’s transfer undoubtedly cleans up this catalogue title well, but it still falls short of being one of the better looking catalogue releases available on Blu-ray today.