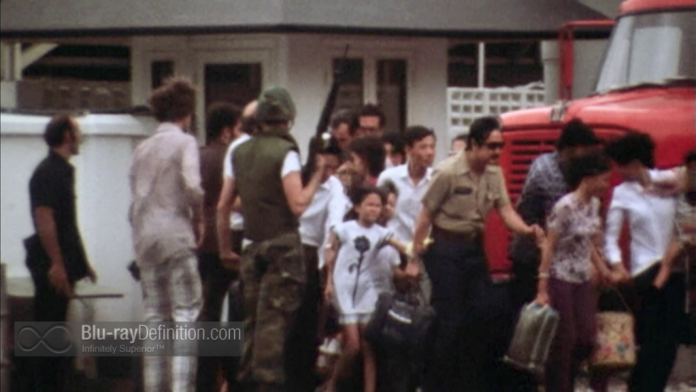 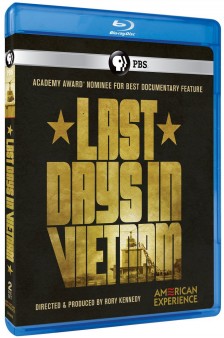 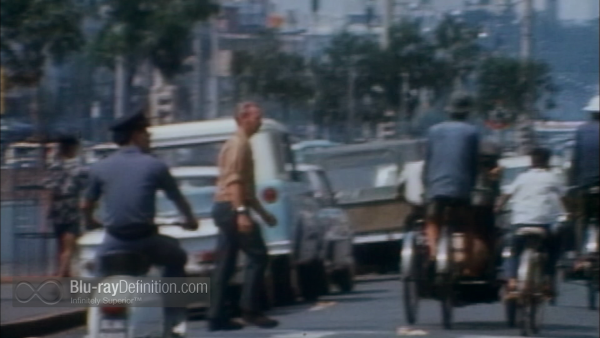 America as a set of colonies and as a nation is a land that has always been defined by one war or another, be it The French & Indian War, the Revolutionary War, the War of 1812, the Civil War, the Spanish/American War, World War I, World War II, Korean War, or the subject of this documentary, the Vietnam War, and beyond. These wars affect the culture, the economy, and the psyche and an indefinable way, and in the 1960s and 1970s, Vietnam was the war that had the major influence over the culture and counterculture of the era. This documentary from director Rory Kennedy (Ethel; Ghosts of Abu Ghraib) doesn’t seek to explore the war in its entirety, however. There are so many other documentaries and books out there that have done so, for better or worse. What Kennedy’s film does is peer into the final two years of the war, after the Paris Peace Accord of 1973, when American troops were meant to be pulling out, and Saigon was left with no one but a skeleton crew of troops, embassy employees, Ambassador Graham Martin, and a haphazardly put together last minute plan to evacuate once everyone realized that the communist North was not honoring the treaty.

With the communist troops bearing down on Saigon and Martin refusing to call an evacuation, some American military and embassy officials had to resort to take it upon themselves to break the rules and go against orders to sneak out as many of their South Vietnamese friends and family as they could, by any means possible before the North arrived. Finally, when the Northern troops bombed the Tan Son Nhut airport nearby the U.S. Embassy, Martin had to call for an evacuation of all Americans, but tens of thousands of Vietnamese were clamoring at the gates and the original plan to airlift from the airport was out, so was the plan to drive them by bus to specific locations certain locations to be taken out by heavy helicopters; the roads were jammed. The final solution was to chop down a tree in the embassy courtyard and begin evacuating from the embassy. It was chaos, and in the end, even though the Ambassador valiantly attempted to stay behind until everyone of the Vietnamese who had managed to make it inside the walls of the embassy (there were thousands) made it out, President Ford ordered an end to the airlift operation and left behind over 400 south Vietnamese to face the unknown wrath of the communist northern troops.

Its mixture of archival footage, eyewitness accounts from reporters, embassy officials and marines, Vietnamese citizens who managed to make it out and some who were left behind makes Last Days in Vietnam a compelling and sad account of America’s retreat from its bloody war in South East Asia. It should also serve as a cautionary tale to an America once again wearied by perpetual war. There are always human costs, but in our increasingly isolated and sanitized media age, we have become more removed from the realities of that cost. Here, in Last Days in Vietnam, Rory Kennedy offers a resounding reminder from our not too distant past from one of the nations many, many wars. 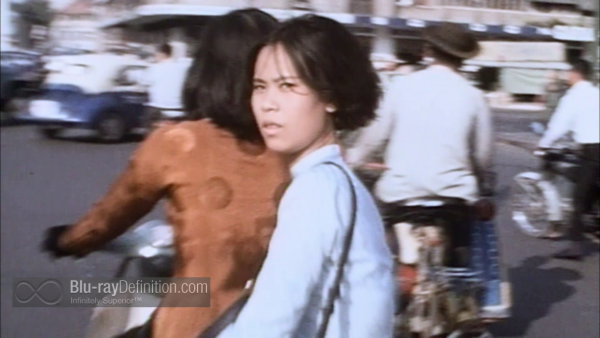 We get an AVC/MPEG-4 1080i encodement on Blu-ray of this documentary’s mixed bag of original sources. While the transfer does mostly stay out of the way, there are some spots where compression noise appears to mix with the grain and source damage of some of the old [what looks to be] super 8 and video footage, causing some banding and posterization. The newer interview segments are the most pristine portions of the film. 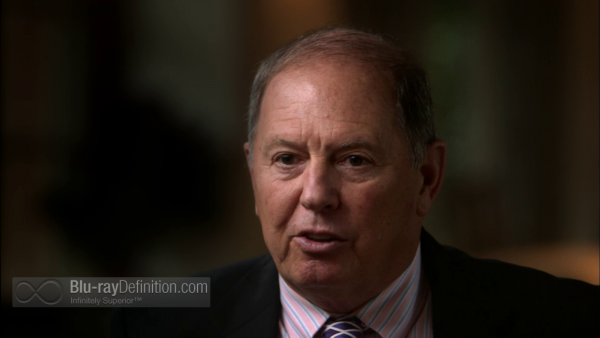 The sole audio option is a serviceable English Dolby Digital 5.1 track. Normally I’d complain about the lack of a lossless track, but given the documentary subject material and the very subtle sound effects that only offer some mild low end extension during some scenes of warfare, it is perfectly fine. The dialogue is crystal clear and the sound suits the program material. 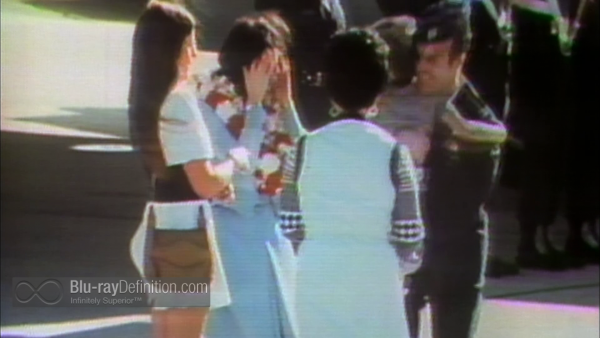 There aren’t any true extras as such, but this release does come with both the theatrical and extended TV version of the film on two separate Blu-ray Discs. 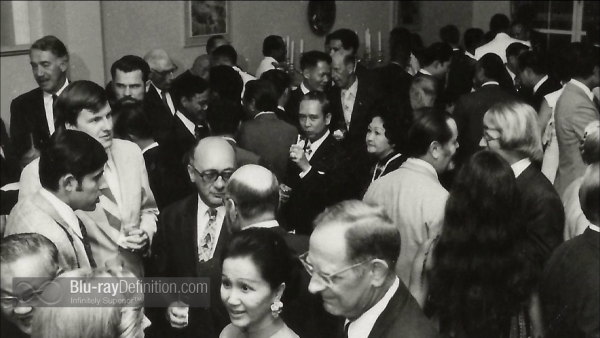 A shocking, sad, and powerful reminder of the real human costs of going to war, Last Days in Vietnam relives the final, chaotic year of America’s defeat in Vietnam and the terrible way in which the withdrawal and evacuation were executed. The film garnered a 2015 Academy Award nomination for Best Documentary Feature. 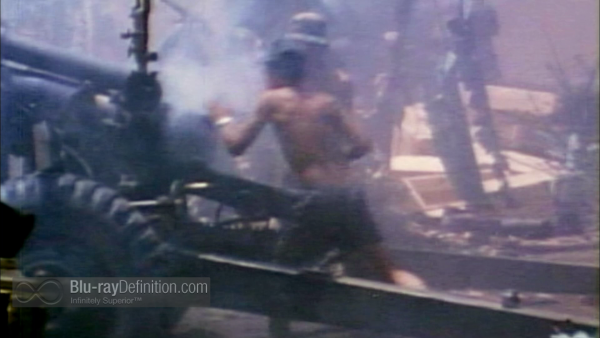 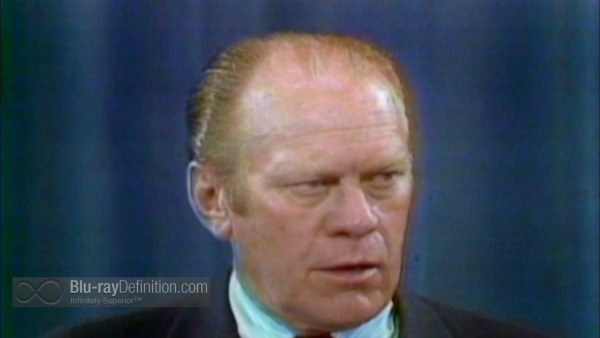 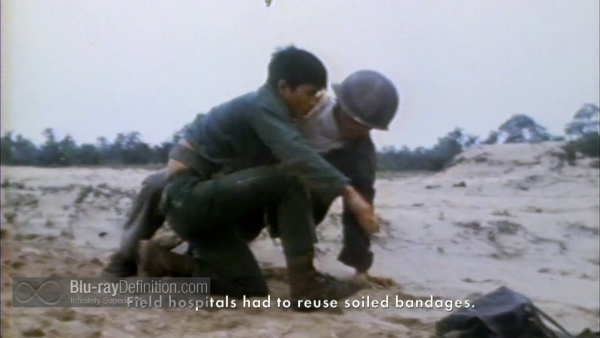 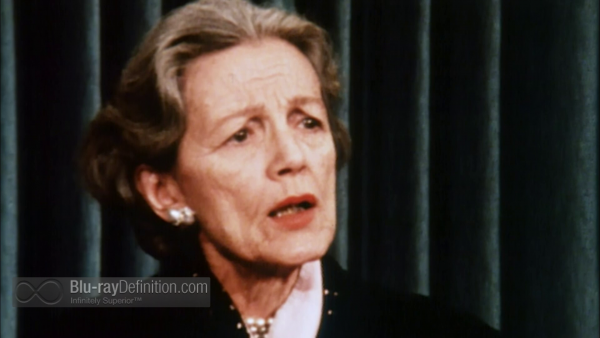 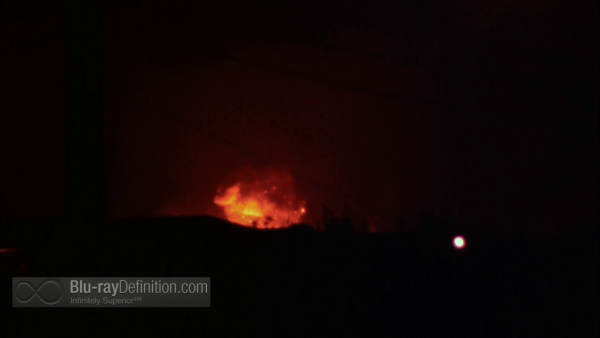 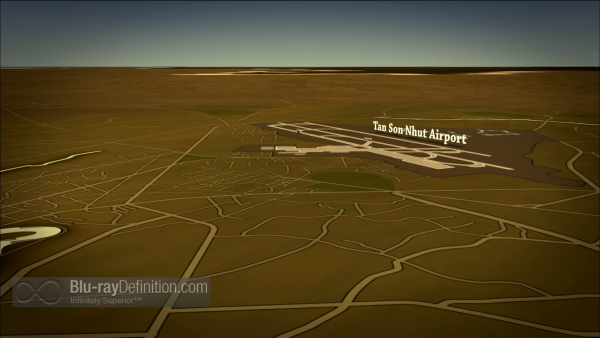 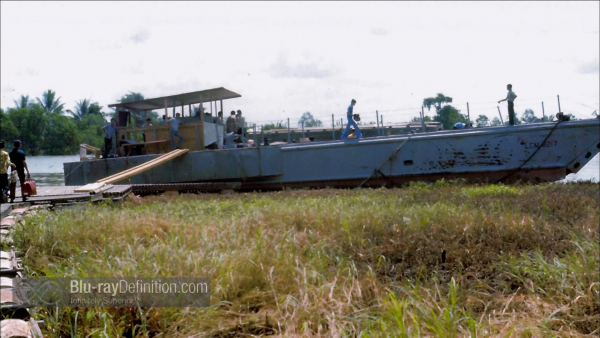 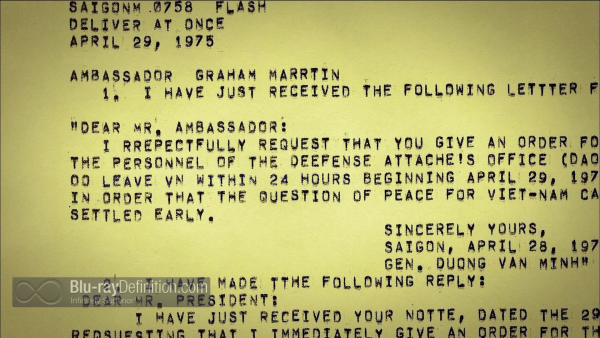 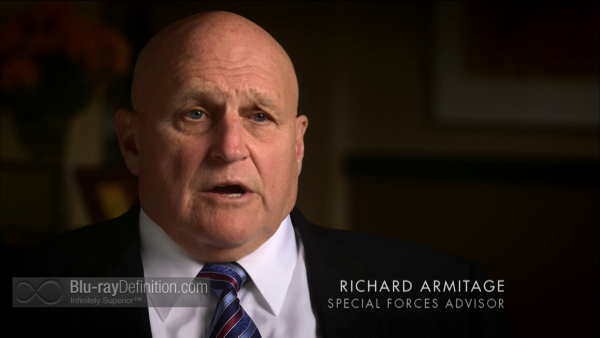 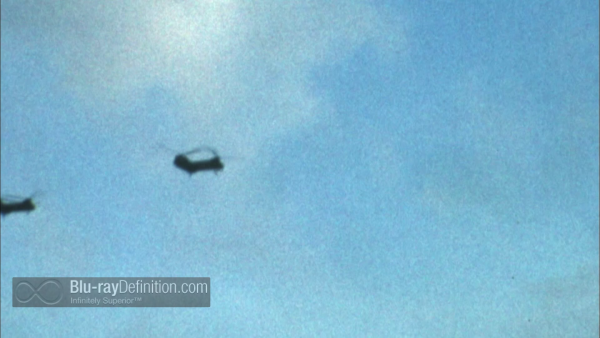 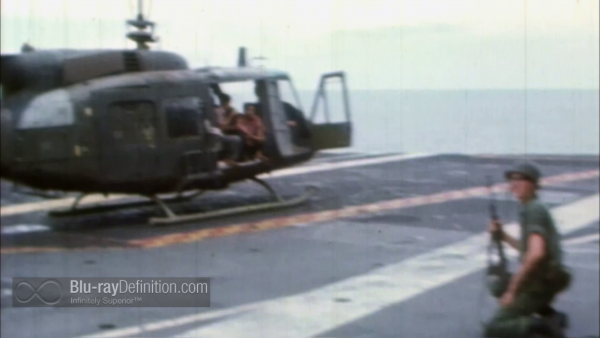 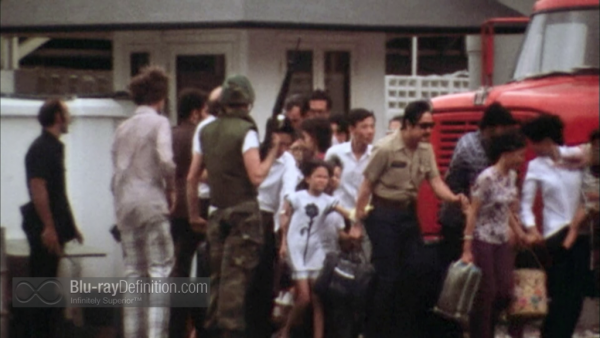 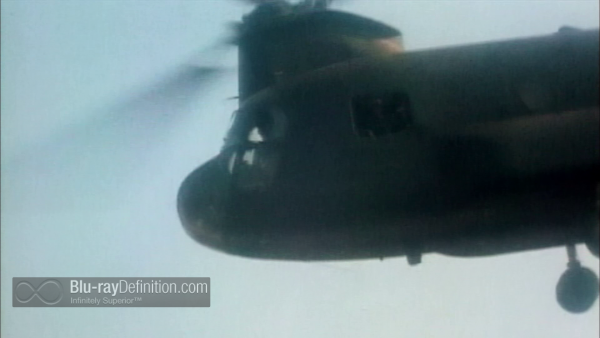 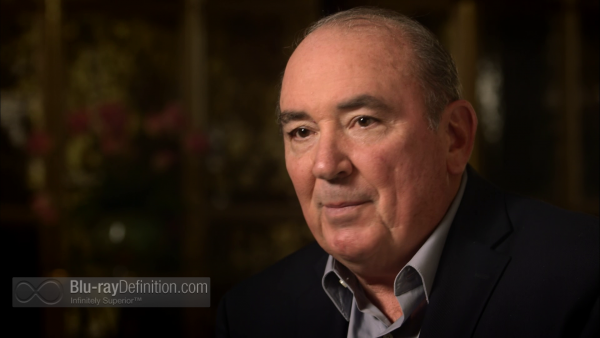 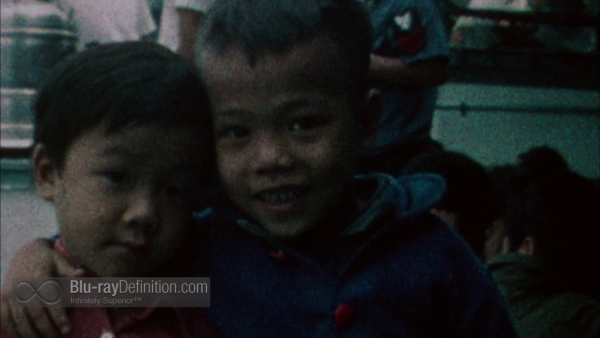 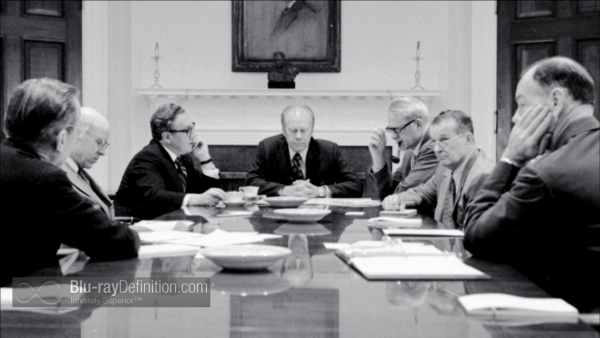 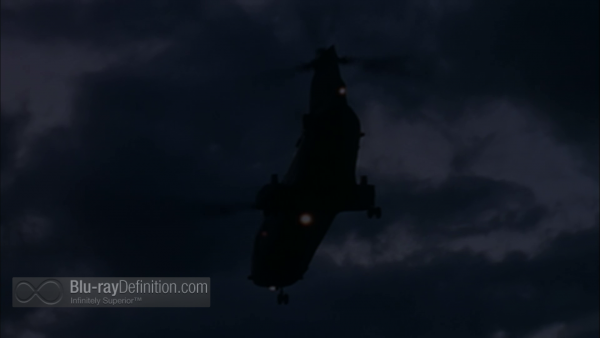 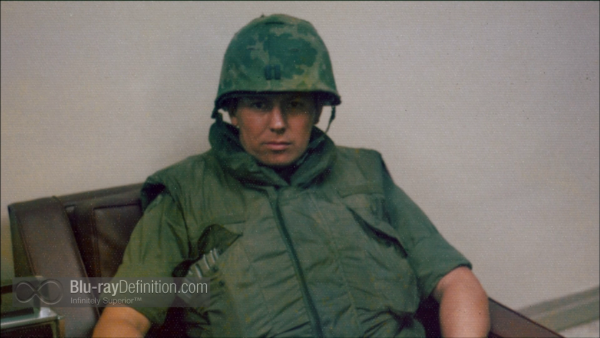 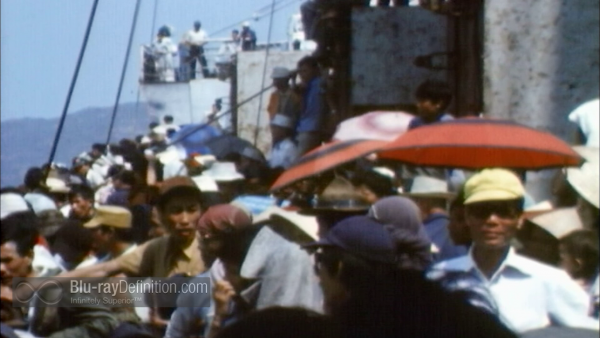 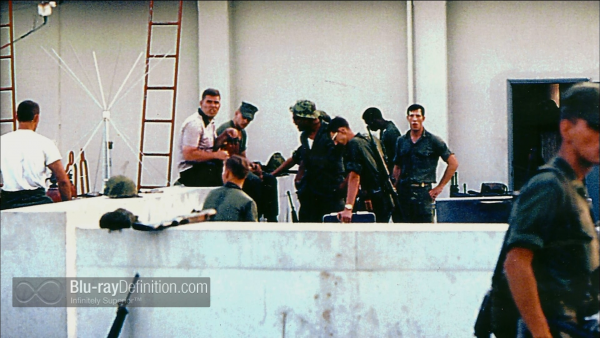