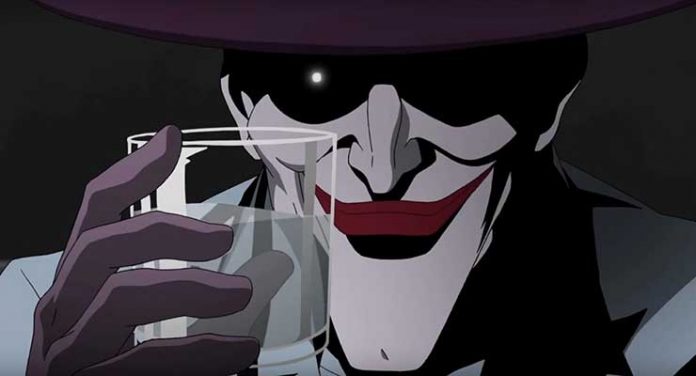 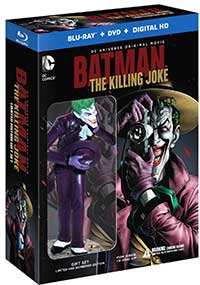 Batman: The Killing Joke is the latest entry in D.C. Comics DC Universe direct-to-video original films taken from their comic book canon. Of course, The Killing Joke stands out from the rest for being one of the most widely heralded graphic novels in Batman lore. Released in 1988, the graphic novel written by Alan Moore with illustrations by Brian Bolland is a twisted journey through the mind of Batman’s most infamous adversary, The Joker. Gritty, violent, and visceral, the graphic novel helped redefine the world of Batman and was major influence on the Batman films of Tim Burton.

Enter this heavily anticipated animated film based on the novel directed Sam Liu (Justice League vs. Teen Titans) with a screenplay by Brian Azzarello (Batman: Gotham Knight), and fans were foaming at the mouth to see what would be done with the story. Right off the bat, this one gets an R rating, mainly for some strong language and sexual situations here and there. The bulk of The Killing Joke stays true to the graphic novel: Joker (voiced by Mark Hamill, Star Wars: The Force Awakens) somehow manages to break out of Arkham Asylum, and targets commissioner Gordon (Ray Wise) and his daughter Barbara (Tara Strong) in an effort to prove a point that anyone faced with tragedy can and will become as crazy as he is. Meanwhile, Batman (Kevin Conroy) has to hunt him down and is drawn ever closer to the crossing the line into darkness.

The biggest diversion from the original source with this adaptation is a subplot involving Batman and Batgirl, that’s right, Batgirl whom I don’t recall making an appearance in the original novel. Sam Liu also struggles to reconcile these two storylines, because it feels like two stories slapped together, part one and part two, then we pick up again at part three with Barbara Gordon, the part where the novel pretty much ends in a strange and demented meeting of minds between Batman and Joker on “the killing joke.”

Personally, this film was also a let down graphically. Anyone familiar with the haunting and detailed illustrations of Brian Bolland will be somewhat disappointed by the only average character designs here, especially of Batman. He looks only typically rounded, flat, like normal Saturday morning cartoon style. Joker looks better at times, more menacing, but still not quite as evil as he does in the illustrations.

Batman: The Killing Joke comes to Blu-ray in an AVC 1080p encodement from Warner that is generally colorful, detailed, and acceptable will probably be acceptable to most non-videophiles. That said, there are definitely moments of video noise and color banding, some more obvious than others that stand out and keep this release from being anywhere near the top of reference animation titles.

The soundtrack, an English DTS-HD Master Audio 5.1 mix, seems to be a little more scaled back than usual for these DC releases, but it is enjoyable. The surround channels have an abundance of atmospheric effects and there seems to be an overall bent towards boosting the low-end, but generally we get some good stereo panning, some good use of the surrounds to follow action and characters around with discrete panning of voices and foley effects.

The Killing Joke comes bundled with DC’s usual slate of related TV episodes from their animated series, a number of cast & crew featurettes and sneak peeks at other titles. The list below is pretty self-explanatory.

DC Universe’s Batman: The Killing Joke is a mixed bag. Perhaps this vaunted graphic novel is one that should have been left to more talented hands, or left alone entirely. That said, it is neither great nor as bad as some have made it out to be.