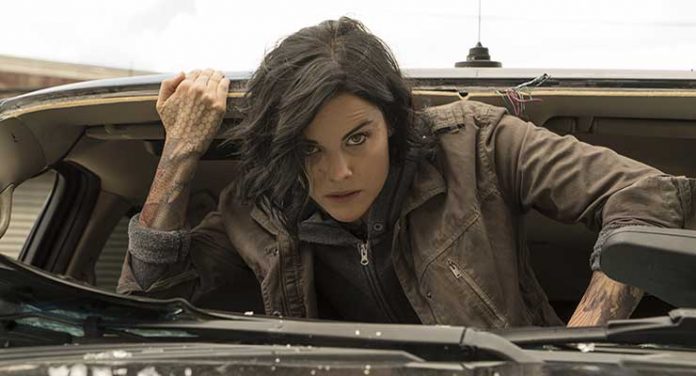 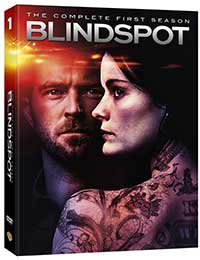 Blindspot is one those surprise breakout crime dramas from last season. Going up against the other big hit FBI series, Quantico, Blindspot put its own twist on the genre by forgoing the more down-to-earth aspects for a more cloak and dagger mystery with the strange central mystery of a beautiful tattooed amnesiac whose body art unlocked clues to a labyrinth of even larger mysteries.

Opening up in its pilot episode with the foreboding yet apposite to our times scene of a bomb squad agent approaching a suspicious bag in an evacuated Time’s Square, the central character, Jane Doe (Jaimie Alexander) proceeds to climb out of the bag, completely naked, her body covered in tattoos. One tattoo on her back, the name of FBI agent Kurt Weller (Sullivan Stapleton), is the only clue tying the amnesiac to anyone or anything. Yet, mysteriously, this tattooed woman seems to be highly skilled in combat, possibly a former black-ops agent or Navy S.E.A.L., and she and her tattoos become an asset to the FBI, even as they remain suspicious of her and whoever may have sent her. As she grows closer to Agent Weller, it seems also that she may be linked to his past – quite possibly she could be a long-thought dead childhood friend that Weller’s father was accused of killing. The secrets continue to unfold and secrets are revealed. Weller and his team of agents working under Director Mayfair (Marianne Jean-Baptiste), are led from one dangerous situation to the next via the ever more complex and layered clues buried in Jane’s mysterious tattoos, even as her real purpose and intent comes more clear to her, unbeknownst to her FBI colleagues. 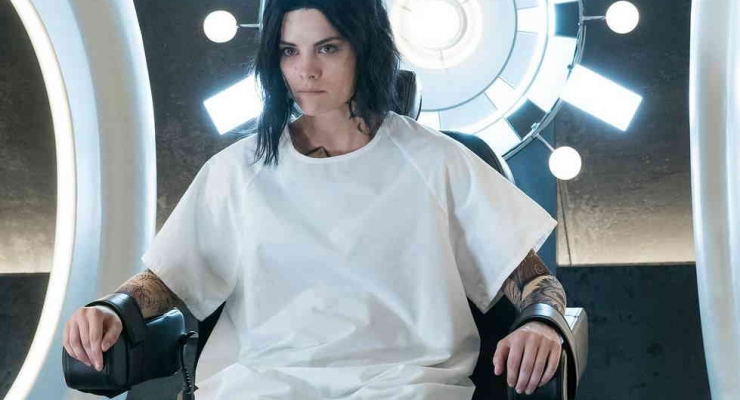 Truth be told, Blindspot seemed like a strange series at first, one too gimmicky to last an entire season on network TV. The fact that the series starts off so slowly and repetitive doesn’t work to its advantage either, but it somehow managed to survive and garner enough of an audience to not only stay on the air, but to get picked up for a second season. While it is slow to get off the ground, and some folks might scoff at the quirky central gimmick, Blindspot does manage to in the end put together a compelling thriller mixed with enough action and shady characters to keep viewers guessing who exactly the good guys are. Without giving anything away, by the time you reach the finale, they’ve shaken things up enough that one can see this moving forward to another season without it getting into a rut. Let’s just hope the writers don’t take it too far afield like, say, The Following.

Blindspot gets a fine encodement of its digital source in AVC 1080p on Blu-ray from Warner Bros. Although there is the slightest hint of black crush that doesn’t take too much away from the rich details the visuals have to offer, the show looks brilliant, pristine, and a cut above its streaming and broadcast versions. Gone are the macroblocking, video noise, and posterization issues, and instead we get something that looks cinematic and reference quality with natural colors, and decent nuance.

The sole audio option for Blindspot: Season 1 on Blu-ray is an English DTS-HD Master Audio 5.1 mix that is acceptable for this sort of TV action crime drama, but hardly in the league of the best big budget movies when it comes to audio quality. The sound engineers do a good job of panning gunshots around the room and there’s a good bit of atmospherics, but the sound effects are a bit harsh, too boosted in the upper midrange, making those gunshots and explosions fatiguing. The dialogue is clean and the low-end has a solid bit of extension.

The numerous, yet brief, featurettes give a well-rounded overview of the show’s production and its main castmembers. We get one audio commentary for the pilot and a select number of deleted scenes in HD as well. These are all worth going through despite the promotional tone. Particularly informative is the featurette on Jane Doe’s tattoos.

Blindspot shakes up the well-worn FBI crime procedural with what is at first a quite gimmicky plot device, but after a slow start, things start to really move and in the end it offers a satisfying crime thriller and mystery for those who stick with this uneven first season. The Blu-ray set is a good way to watch, with excellent video and an acceptable lossless audio mix.