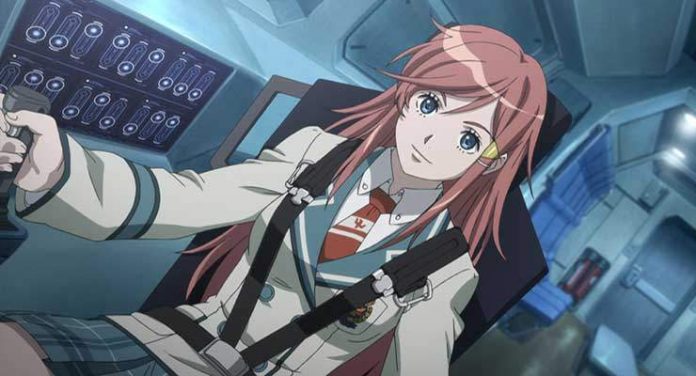 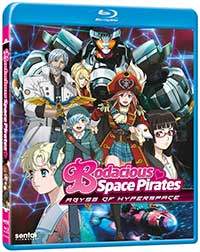 Writer/director Sato Tatsuo returns to helm this feature-length film for what is generally a fun action/sci-fi adventure franchise. Bodacious Space Pirates: Abyss of Hyperspace finds its female protagonist, high school student and space pirate Kato Marika up to business as usual, attending classes, enjoying her space yachting club, and captaining the Bentenmaru as a famous space pirate where, as a licensed pirate, (you read that correctly) she and her crew stage elaborate “raids” of luxury cruise ships where they pretend to rob the passengers. It pays well enough and they avoid most of the danger of doing real pirate raids. This time around, however, Marika and the crew of the Bentenmaru are in for a surprise. When they raid the luxury liner Begin the Beguine and “capture” a young hostage, 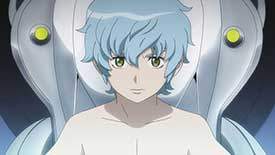 it turns out he has a secret that lands them all in danger. Now they are being pursued, for real, by other warships ships and must fight to survive.

The action in Abyss of Hyperspace is breathtaking and it will have you on the edge of your seat. If there is one flaw in this feature-length, it is that some of the comedic elements that made the series so likable seem to take a backseat in favor of moving the story’s plot along and throwing us into the action. I’m not sure that one necessarily has to read the manga (I never have) or see the anime series to enjoy what is a fast-paced film, but some backstory would help to ground one in the universe of Bodacious Space Pirates. It’s sort of akin to watching the film Serenity having never seen the series Firefly. You don’t need to see the series, and the film is fantastic even without having seen it, but it would go a long way to improving your enjoyment if you do watch the series. 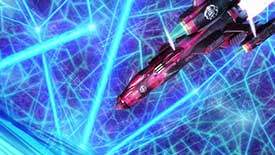 Bodacious Space Pirates: Abyss of Hypserspace looks nearly flawless in this AVC 1080p transfer of its digital animation to Blu-ray from Sentai Filmworks. The only minor issue was some barely noticeable color banding in one or two places, and when I say “barely noticeable” I mean it. The image here is breathtaking, with magnificent colors, awesome contrast, sharp details and no issues at all with noise or motion artifacts.

The audio is provided in DTS-HD Master Audio 5.1 for both the original, and vastly superior, Japanese voice cast 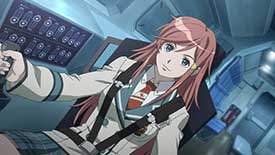 and the English dub. While is tremendously aggressive with lots of solid sound effects in the surround channel, big, extended low-end during the action sequences and clear dialogue that somehow manages to never get lost in the fray, I would have liked the sound to be a little bit more balanced. It seems like this mix is trying too hard to be “in your face” and can get a bit fatiguing. Still, the dynamic range is fantastic and some might love it.

There isn’t much here, just the usual.

Awesome action, aggressive audio, and eye-popping action sequences make this feature film adventure worth watching for fans and newcomers alike. Those familiar with the series will love the film even more, but those who have never seen the Bodacious Space Pirates series will still appreciate the film’s quick pace and easy to follow storyline.