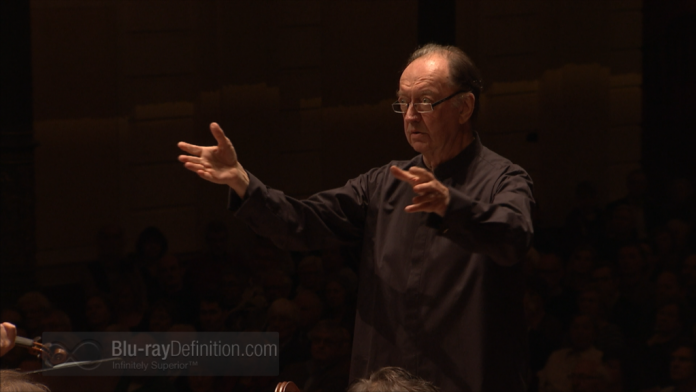 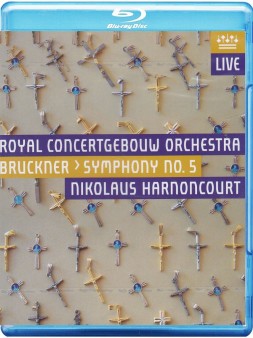 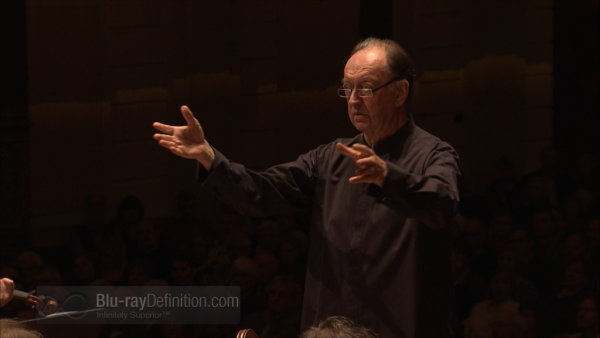 In October 2013, venerable maestro Nikolaus Harnoncourt bade farewell to his beloved Royal Concertgebouw Orchestra after an association that spanned nearly four decades and nearly 300 concerts. While Harnoncourt began his career as an early music specialist with his own orchestra Concentus Musicus Wien, he has gradually added the catalogs of 18th, 19th, and 20th century works to his repertory. Bruckner’s Symphony No.5, (Nowak 1951, third revised critical edition (2005) plays noticeably shorter than its original version by nearly ten minutes, although this may not be obvious to most listeners. This is very deliberate music with slowly developing themes, huge blocks of sound, and lots of brass. Unusual for Bruckner’s symphonic catalog, three of the four movements and the finale all begin with Adagios. 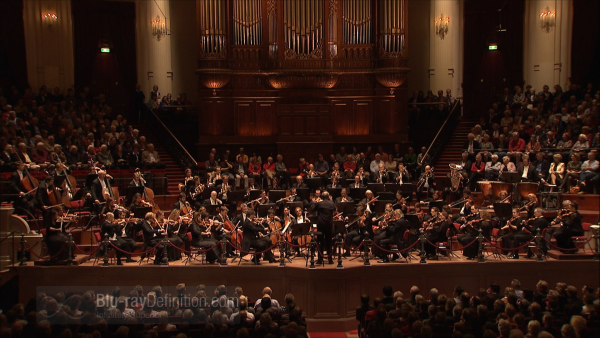 Harnoncourt treats this work with more delicatesse than most conductors. The advantage gained is that small details of the score that are often overwhelmed come across quite clearly. In addition, this maestro moves his RCO colleagues along with a pace that it is brisk yet not rushed. In working with colleagues with whom Harnoncourt has been familiar over a number of years, there is a synergy that is obvious and one that works much to the advantage of this symphony. 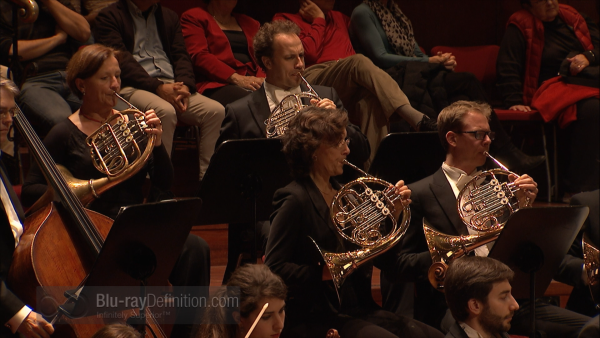 Video director Joost Honselaar is clearly familiar with visual virtues of the Concertgebouw lets his cameras revel in the hall’s gorgeous interior. Coverage of the instrumentalists, the whole orchestra and the amazingly animated maestro is superb.  Colors and details are fine, given that the lighting is a bit on the dim side. A bit of motion artifact intrudes from time to time. 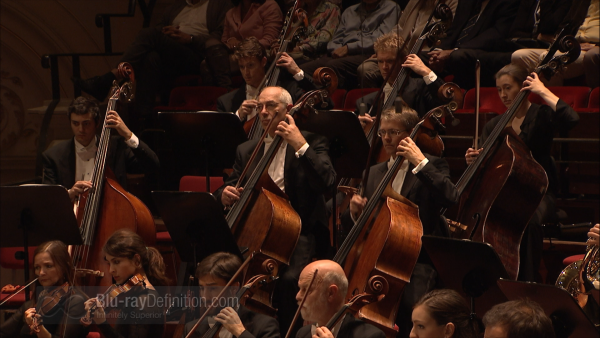 The surround version is 5.0 rather than the usual 5.1 channel format, but does not appear to suffer on the low end. The orchestral spread is fabulous and the individual instrumental voices are quite clear. The fact that both multichannel and stereo versions are presented in lossless 96kHz/24-bit resolution makes them both excellent choices, the former being a bit more spacious. 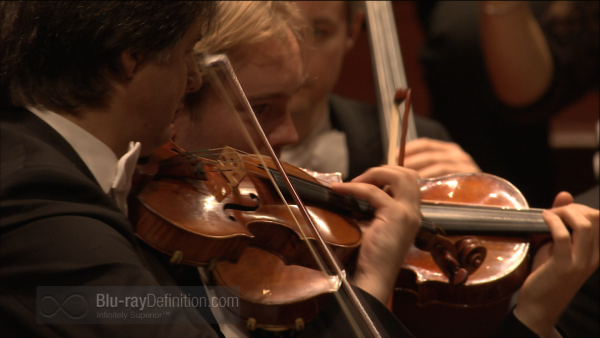 A concise program booklet is included with background notes on the symphony, the conductor, and the orchestra. 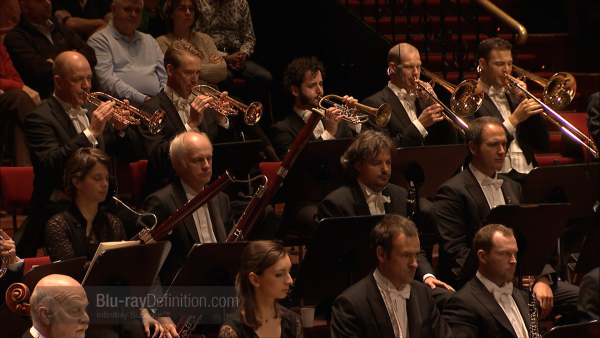 This is now the third Blu-ray version of this work that I have been privileged to review, the others being Accentus releases of Claudio Abbado/Lucerne Festival Orchestral disc and Daniel Barenboim/Staatskapelle Berlin. While my previous preference went to the Barenboim/SB performance, it uses the original version that runs a good bit longer. Bruckner enthusiasts will certainly want to own more than one version of this great symphony and, those who prefer more rapid tempi and a lighter hand on the throttle will find this new Blu-ray very much to their liking. 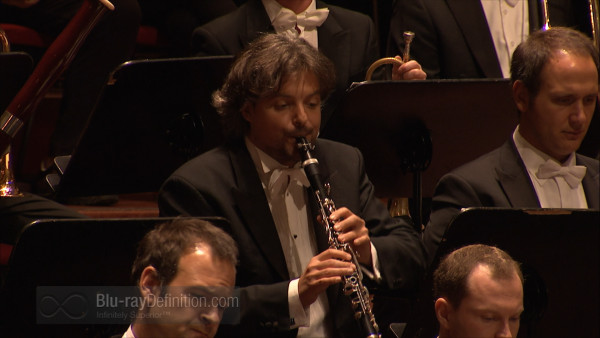 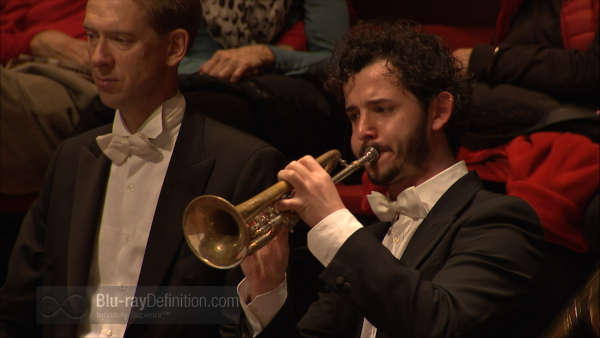 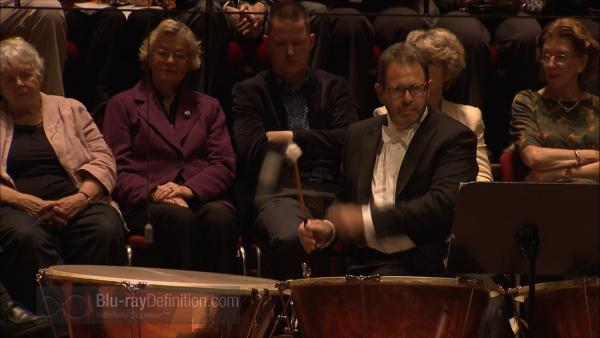 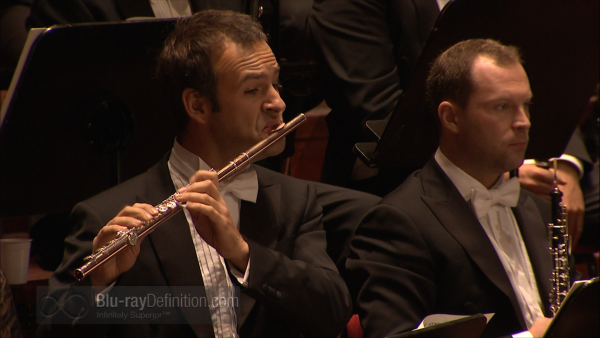 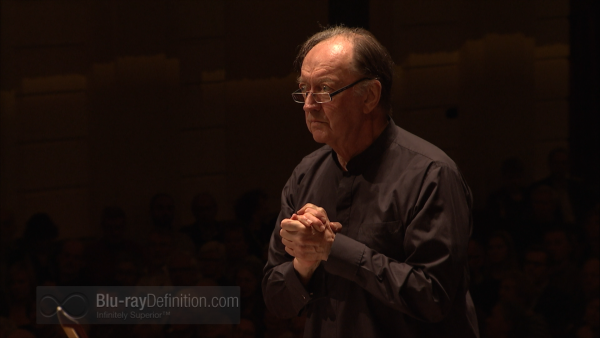 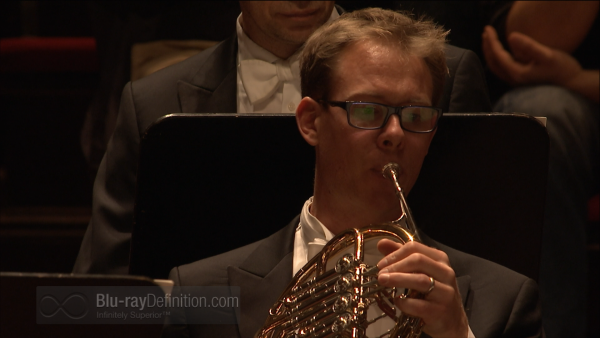 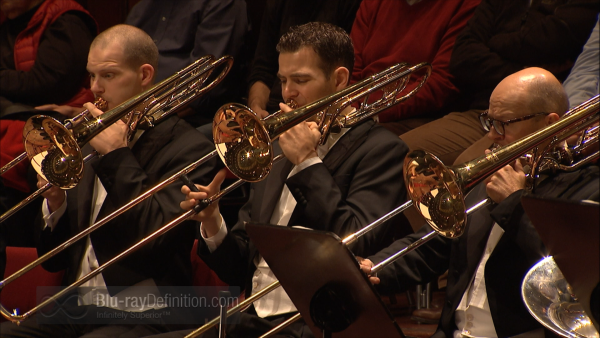 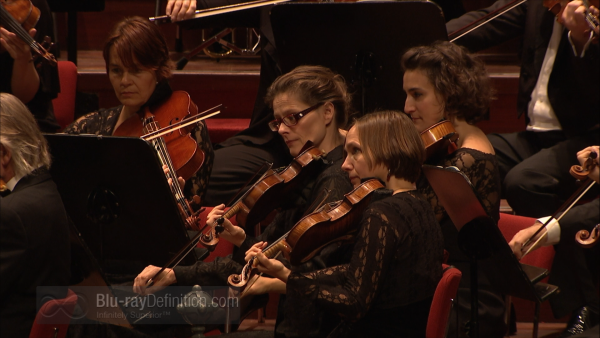 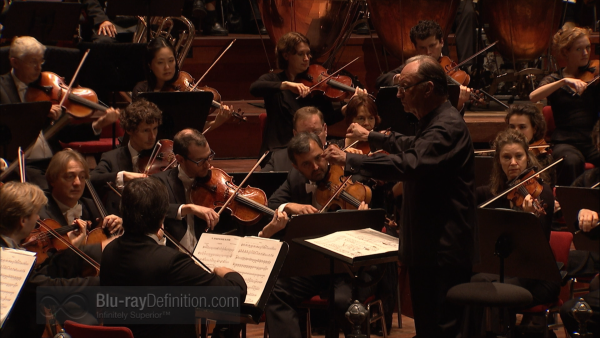