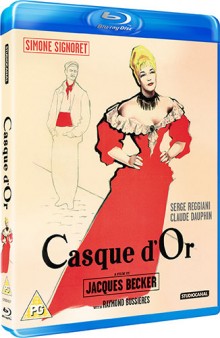 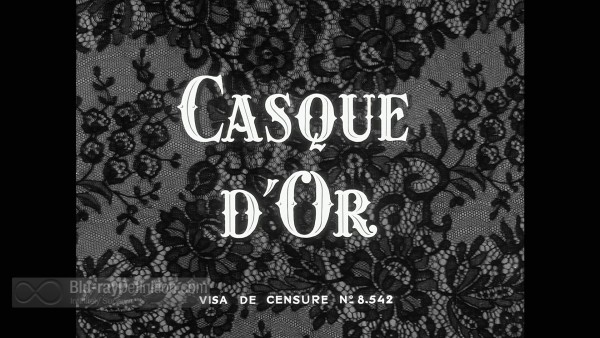 1952’s French film Casque d’or (Golden Helmet), released some four years later in the U.S. As Golden Marie, is a slow arcing tragedy set in the turn-of-the-century Belle Epoque period of Paris. With the alluring Simone Signoret (Room at the Top, Les diaboliques) perfectly cast in the role as femme fatale Marie, director Jacques Becker’s film tells a story of ill-fated romance based on the true-life Leca-Manda scandal of the period.

Recently remformed criminal Georges Manda (Serge Reggiani) meets the beautiful “Casque d’or” Marie at an open air dance hall and is immediately bewitched by her charms, but Marie’s current beau, the petty crook Roland (William Sabatier) is the overly-jealous kind. He doesn’t take kindly to Georges’ advances toward Marie nor to the way she seems to have taken a liking to Georges. Seeing a chance to separate Marie from Roland for good, mob boss Felix Leca (Claude Dauphin) inserts himself into the rivalry between Georges and Roland, instigating a knife fight to the death between the two, in which Georges bests Roland, stabbing him in the back. This sends Georges fleeing into hiding, but doesn’t separate Marie and Georges as lovers. So Felix, ever the wily and despicable plotter, concocts a plan to place the blame for the killing of Roland on Georges’ old friend Raymond (Raymond Bussières), drawing Georges out of hiding and leading to one of the most shocking and tragic conclusions in dramatic history this side of Romeo and Juliet.

The film unfolds with seething intensity from the very beginning thanks to the brilliant direction from Jacques Becker and noir-ish cinematography of Robert Lefebvre. The knife fight between Georges and Felix, in particular, is one of the most intense scenes you will see. It unfolds with the least amount of physicality possible, but manages to pull you to the edge of the seat immediately. Simone Signoret oozes sensuality while Claude Dauphin is belivably despicable in every way. 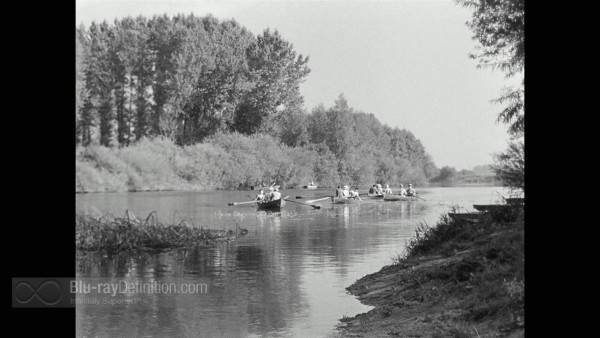 This AVC/MPEG-4 1080p transfer of Casque d’or from StudioCanal looks fantastic given the age of the film. The image retains a rather strong amount of textural information, a good layer of natural grain, and strong contrast. It has an organic appearance and doesn’t seem to have been too strongly DNR’d, which is an issue I have had with some StudioCanal releases in the past. The source is clean with hardly too much damage to be seen. 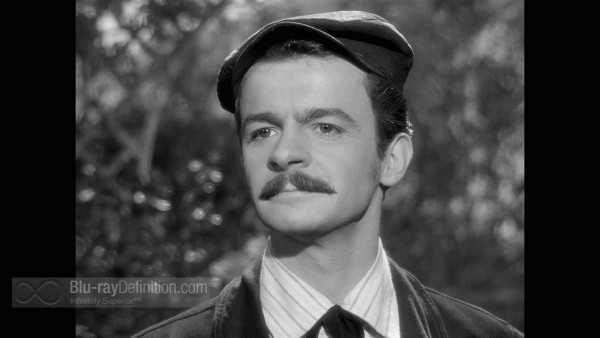 The original monaural soundtrack is provided in a French DTS-HD Master Audio 2.0 (48kHz/16-bit) track that has a rather high amount of hiss, some audible crackle throughout, and sounds quite boxy. However, the dialogue is still intelligible regardless of these, perhaps, unavoidable flaws. 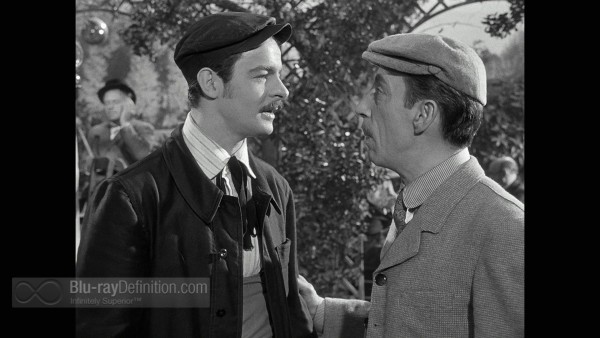 A half-hour featurette exploring the film and the character portrayed by the legendary Simone Signoret is the only bonus included. 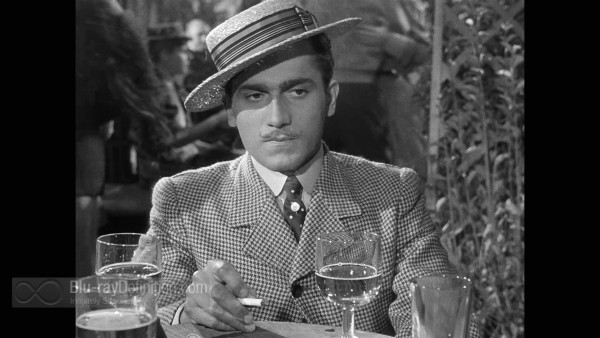 StudioCanal has a winner on their hands with this scrumptious transfer of the enticing classic tragedy Casque d’or from director Jacques Becker. The film was certainly a bit ahead of its time regarding its subject material and probably wouldn’t have passed the morality code in Hollywood, and it is still rather edgy, though in a tame way by today’s standards. Highly recommended. 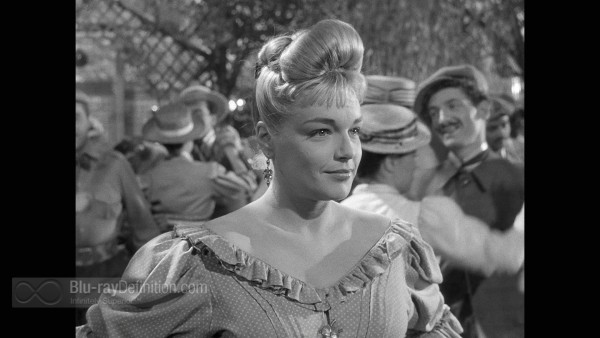 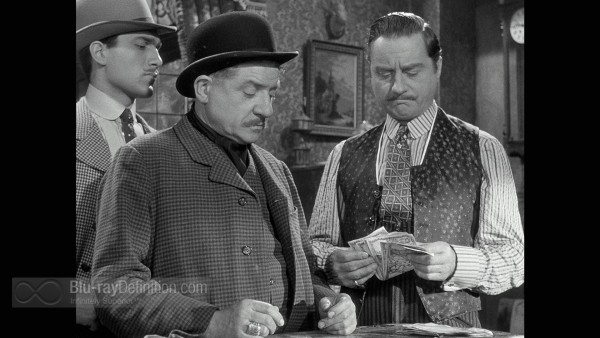 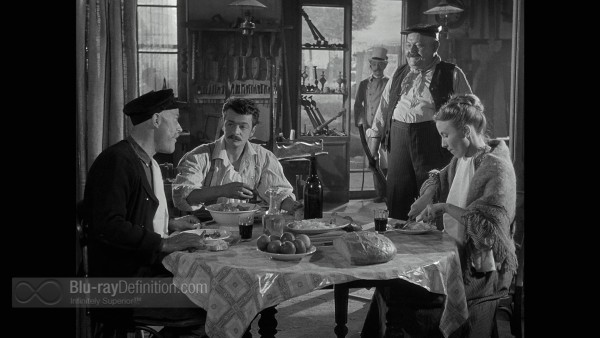 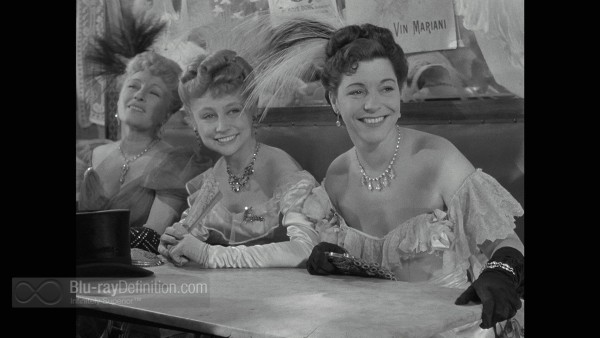 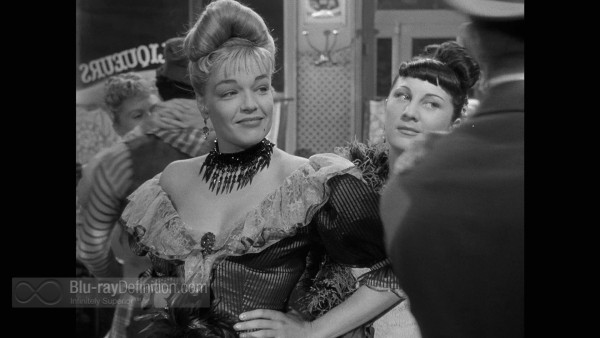