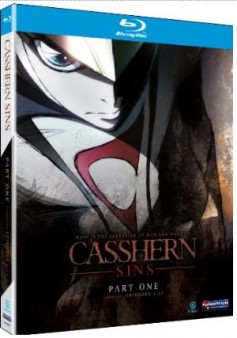 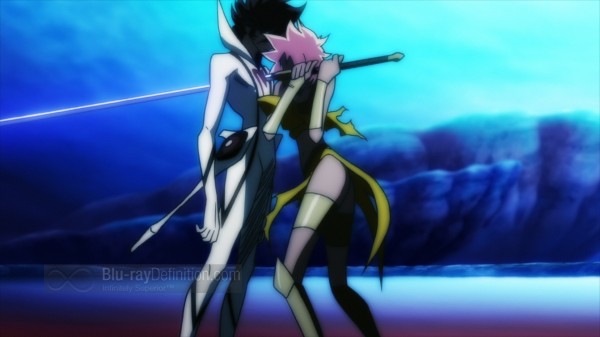 Casshern Sins: Part 1 contains the first 12 episodes across two discs of the series that acts as a reboot of the Neo Human Casshern anime series. The series focus is on Casshern, who is believed to be a cybernetic creature, who awakes with no memory of his past. He is alone in a vast wasteland, a post-apocalyptic Earth, left to do battle against giant robots known as Bandits that all want to devour him. Why they want to devour him holds the key to the mystery that is his past. They all believe that devouring him will save them from “the Ruin.”

The entire planet, robots and humans alike, are dying out. It has been years since robots, once indestructible, overran the humans and made them nearly extinct, but now even they are succumbing to a corrosive disorder known as “the Ruin,” which the entire planet is dying from. Casshern has been labeled the culprit for the woes of the world. It has been said that he killed a woman known as “the sun called moon,” also known as Luna, and said to have the ability to give out life equally to robots and humans. Through his killing Luna, Casshern is said to have gained immortality for himself and to have brought the Ruin upon the world.

Alone, with his robotic dog, Friender, who is also unaffected by the Ruin, Casshern wanders the desolate world, fighting off the bandits and protecting those few humanoid robots who choose to live out their lives as humans and accept their eventual Ruin quietly. But, he also desires to find Luna, who is rumoured by some to still be alive.

Like many anime series, Casshern Sins is a brooding and dark sci-fi adventure. Though the idea of the brooding loner who must be redeemed is nothing new to anime (or sci-fi, or any form of fiction for that matter), Casshern Sins still manages in its first twelve episodes to set up an interesting premise that makes viewers want to see more, but it does tend to become a bit repetitive from one episode to the next, one battle to the next. Still, with its sleek, high quality animation and relatively strong plot development over the first twelve, episodes, Casshern Sins: Part 1 is a strong set up for Part 2 and Casshern Sins should be a good series overall. 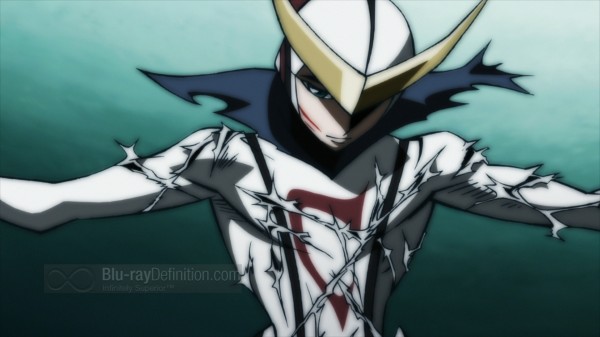 I’ve waited a long time to be able to say this about a Funimation Blu-ray release, so here it goes: Casshern Sins looks really good on Blu-ray. I don’t see those typical artifacts from upscaling like aliasing and motion judder that so many of their recent releases have suffered from. 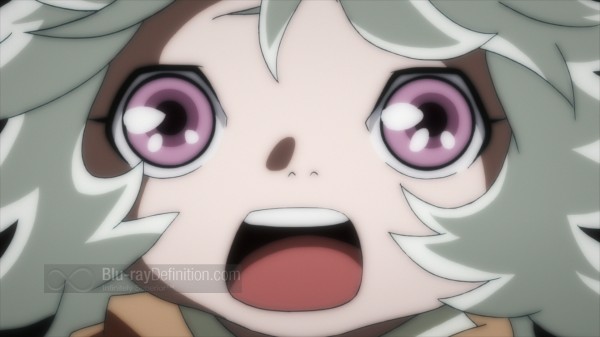 The English dub is provided in Dolby TrueHD 5.1 and the original Japanese language track in Dolby TrueHD 2.0 stereo. The 5.1 track is typically aggressive with heavy use of the surround channels for discrete sound effects, lots of ambience and effects panned around the room. Low frequencies are deep, but not exactly ground shaking. Dialogue is clean and mixed well into the mix. But, typically for these Funimation mixes, high frequencies are a bit tweaked, which becomes fatiguing and the overall sound level is pushed rather high, with dynamics seemingly limited a bit.

The Japanese 2.0 track is just as aggressive with a wide soundstage across its two channels and aggressive directional panning. Dialogue is clear, even during the liveliest passages. 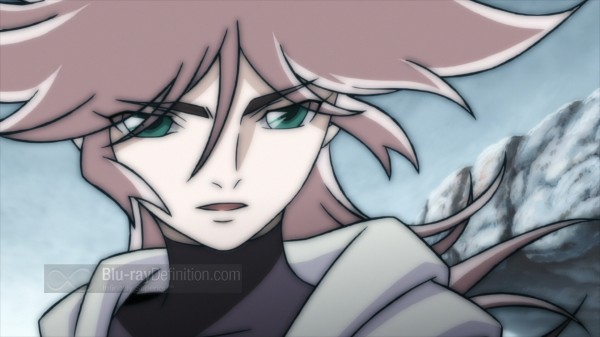 There isn’t much provided here, especially considering the $55 price tag, so this release feels decidedly thin. 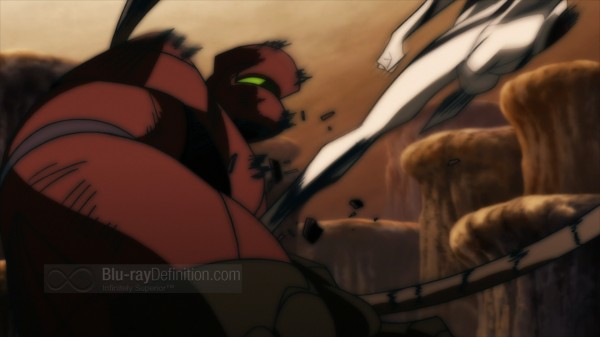 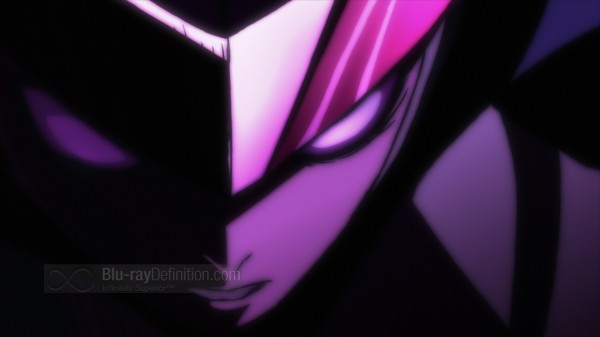 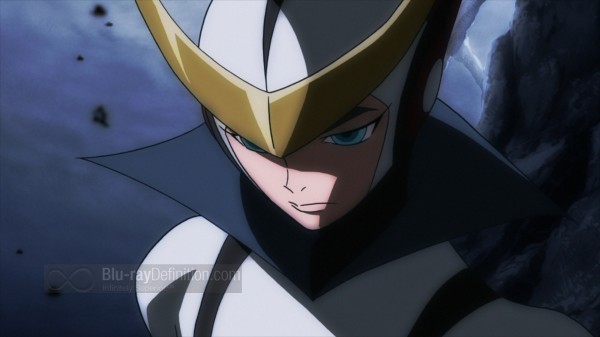 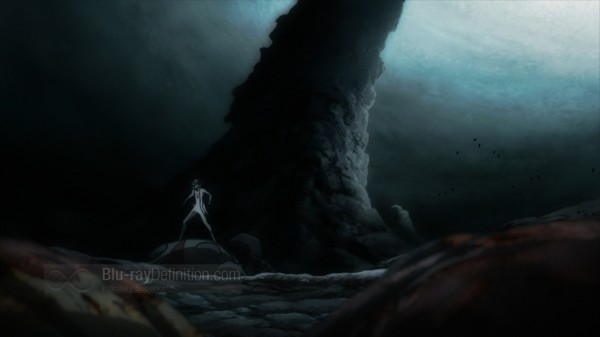 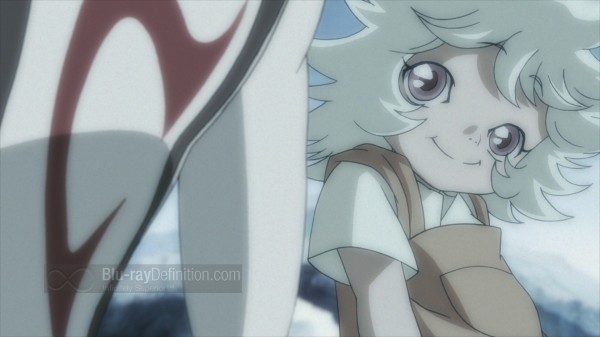 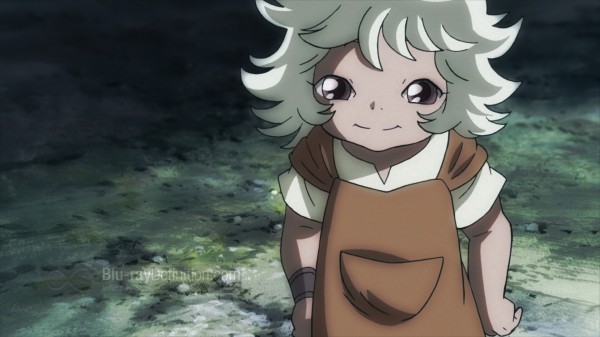 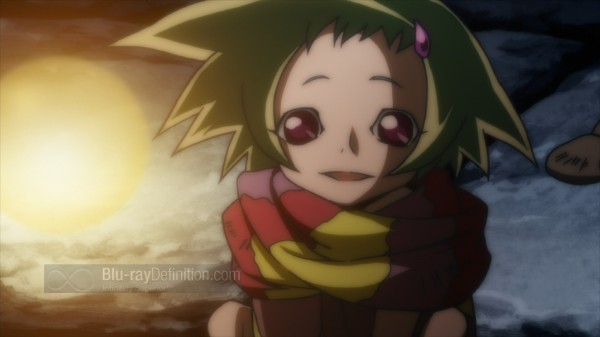 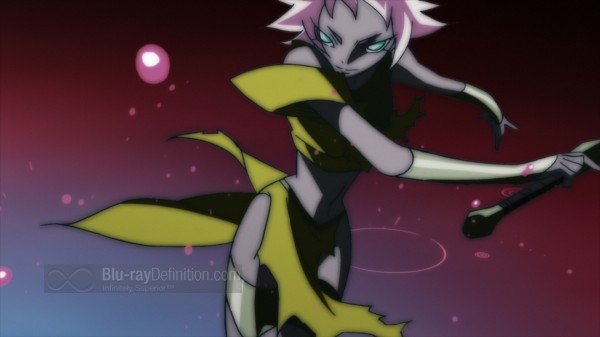 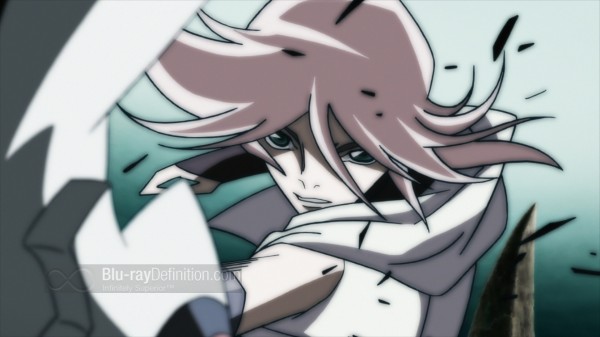 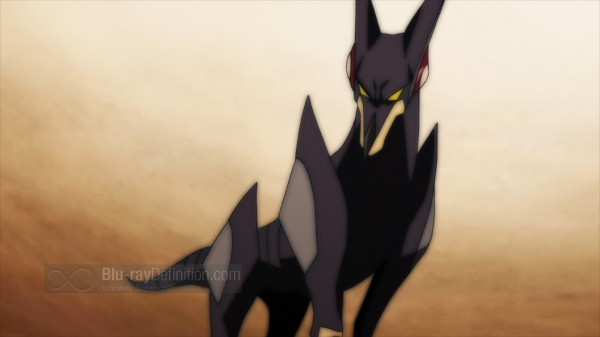 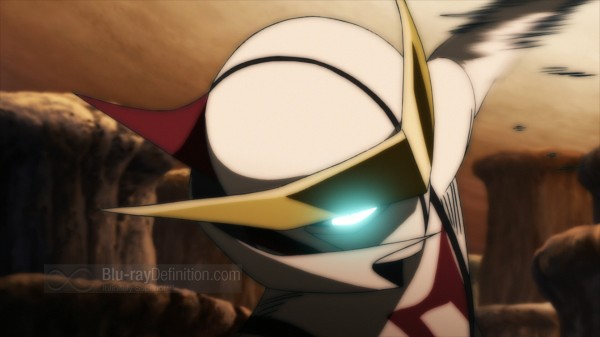 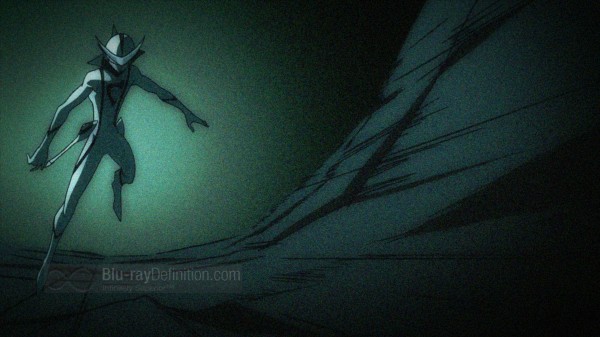 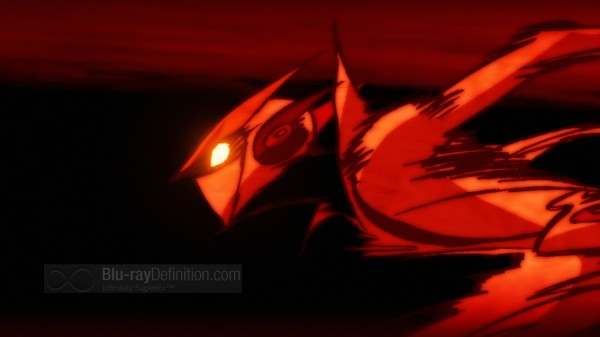 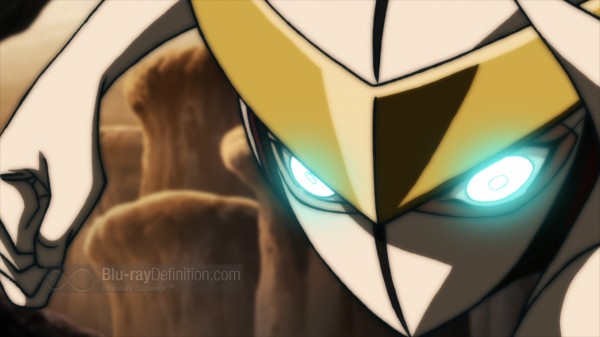