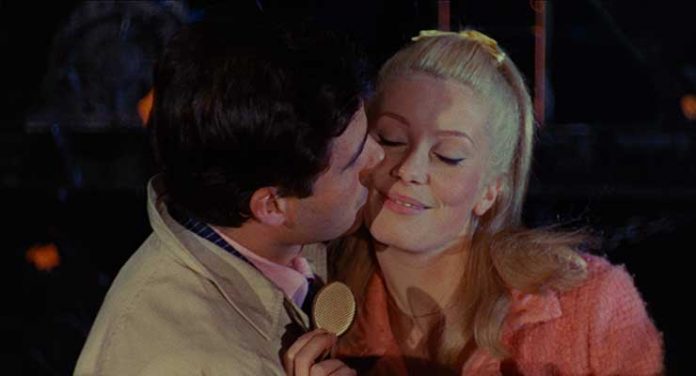 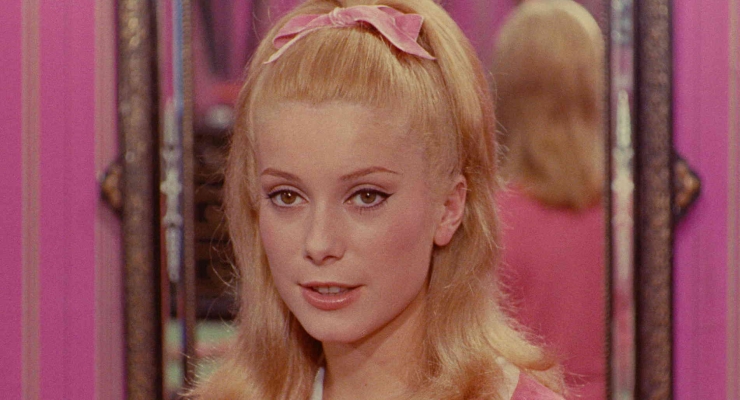 As far as I can tell, this is the same 2K restoration that was undertaken by Demy’s Wife Agnès Varda’s company Ciné-Tamaris and released as a 50th Anniversary Edition (reviewed here in its UK StudioCanal release). The restoration at the time was listed as being done by Digimage. Criterion lists it as being undertaken by Ciné-Tamaris with the support of the Cannes Film Festival, LVHM.Luis Vuitton Moët Hennesty, the city of Cherbourg-Octeville, the region of Basse-Normandie, KissKissBankBank, and the Banque Postale. Mathieu Demy oversaw and approved the digital transfer created on the Scanity film scanner from the three-strip separation masters and original camera negative at Digimage. It comes to Blu-ray in an AVC 1080p encodement in its original 1.85:1 framing. The process Demy used to film on would have faded out of existence had he not had the foresight to also create the interpositive black-and-white trichrome masters (three black and white strips representing Red, Green, and Blue, respectively). This also allows for much more targeted color coding/tweaking than restoring from the original negative. The end result, while ever so slightly leaning towards a bit of heightened graininess, is breathtaking nonetheless. The colors leap from the screen and there are plenty of details and textures remaining in the image with lots of brightness and contrast as well. There isn’t any source damage to speak of and the film looks beautifully organic.

The sound restoration for The Umbrellas of Cherbourg was carried out using the original 1963 mono mix, the 1992 Dolby SR optical negative, and the 1992 restoration’s digital multitrack tapes. A 5.1 mix is provided in DTS-HD Master Audio 5.1. While the sound is clear, the stereo separation is subtle and the surround channels hardly come into play. This is one 5.1 mix that may not have even been worth the effort. A stereo mix would have sufficed for this one.

This Criterion Collection release is packed with high quality features from the past several years, and some archival interviews from over the decades. A new essay in the included booklet rounds it all out.

This beautiful and heartrending French New Wave/”tradition of quality” film from Jacques Demy remains an unmistakable musical classic. Forget about La La Land and watch this colorful gem, which has never looked better than it does in this 2013 restoration.