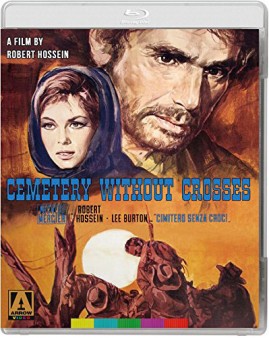 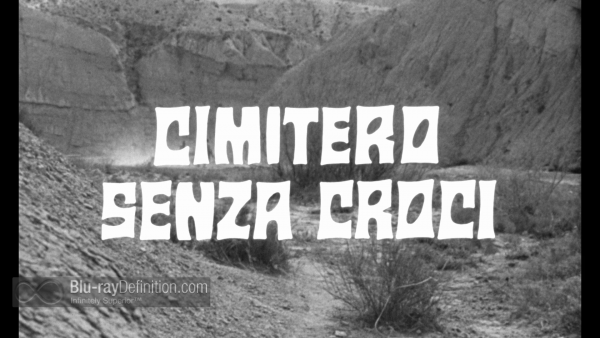 When Maria Caine’s (Michele Mercier) husband is killed by members of the Rogers clan she enlists the help of a former fiancé to do some bloodletting of his own in her honor. Manuel (Robert Hossein) is the reluctant gunman or newly out-of-retirement-gunman. He has no need to fight anymore having put his gunslinger days behind him long ago. Of course this is for a woman and a woman who he used to be really close to, he somehow feels the obligation to help even if it puts him into harms way yet again.

Cemetery Without Crosses is a revenge tale, but it’s not Manuel seeking it, it’s his former fiancée and she’s about as ruthless as he is with a gun. Somehow he feels he owes her a bit. Of course, there’s a clan war brewing between the Rogers and Caines since Maria and her husband are Caines and the Rogers killed him. Manuel is stuck in the middle. It’s a good thing too since he let’s his guns do most of the talking.

Cemetery Without Crosses aka The Rope and The Colt was Robert Hossein’s (one of many) upper-tier flicks. He pulled triple duty on the film as co-writer, director, and star. It was his baby from the beginning and a tribute, more or less, to Sergio Leno, whom he admired and was friends with. In fact Hossein was considered for Once Upon A Time In The West but Gaumont would not release him from his contract. Leone made himself available and directed the famous dinner scene in the film and that was that.

Hossein is also French and almost everyone, in front and behind the camera, is too. The film is not necessarily an Italian spaghetti western, so it falls under the moniker of a Euro-Western. The film is actually way above average, but it’s not necessarily a charming film. It’s definitely not in the same league as any of Leone’s films or even Day of Anger, which was released a few months ago on Blu-ray, due to Manuel not being that much of a lead. He shoots fine, says little, and isn’t all that much of a hero, nor does he want to be. I guess one cannot really latch on to him as protagonist, because he’s so indifferent, if that even makes sense. I should also clarify and say that just because Manuel is not an iconic character of the western genre, that doesn’t mean Cemetery Without Crosses should be avoided — quite the opposite. The film is a bleak telling of a revenge story and you will get equal parts of action with equal parts of drama, but be warned certain characters are men of few words including Manuel. 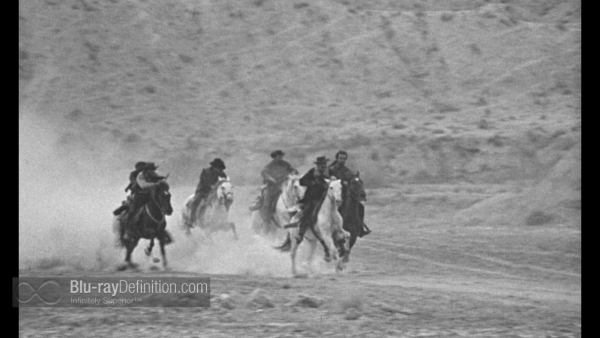 Cemetery Without Crosses is presented in 1.66:1 and shot in glorious 35mm. Let’s get to the bad first: the first 10 minutes or so are pretty unwatchable as they’re in black and white (nothing against B&W) but the quality is a mess. Dirt, debris, scratches, etc., are all over the film print. I’m going to assume that even the most advanced technicians that worked on the film print could not do anything about it. Luckily, the film quality vastly improves when the film shift into color. Grain levels are top notch as are the color levels. Edge enhancement is only a problem here and there but nothing that would lower the grade any further. Contrast and sharpness is also top notch on this release. 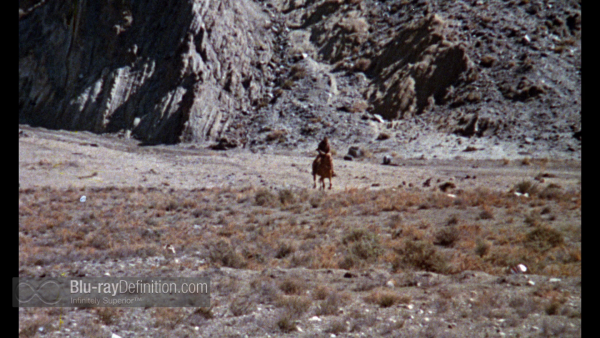 Cemetery Crosses has both an English and Italian soundtrack and both are presented in 24-bit monaural sound. It’s sort of ironic that they’re presented in anything other than French considering 2/3rd’s of the cast and crew are French but that’s a different topic altogether. All of the action is front and centered and sounds great. Gunshots fire off without clipping and the minimal dialogue comes through without any problems. It may be one channel but of all the sound elements happily coexist within its limited confines. Arrow Films is on a role with their soundtrack as of late and they should be commended. 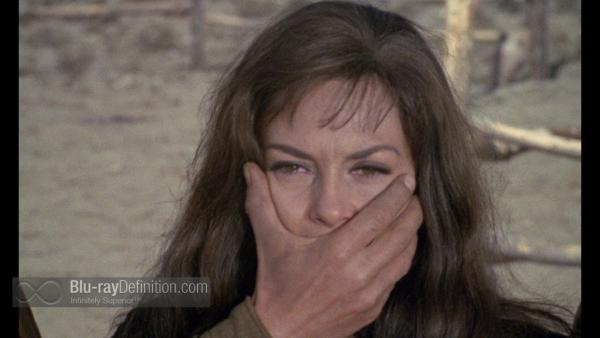 The actual extras included on this Blu-ray release are quite limited and fairly short. There’s a nice and current interview with star and director Robert Hossein who talks about the film, casting, financing, and working with Sergio Leone. Most don’t realize that Leone directed the famous dinner scene. A French television show excerpt is included that features the primary cast, location shoot, and Hossein, as they talk about how gritty the film is. One of the cast members is in an actual leg cast, because he broke it while performing his own stunts. A trailer rounds out the special features. A reversible sleeve with new artwork, illustrated booklet, and a DVD (region A/B) round out the package set. 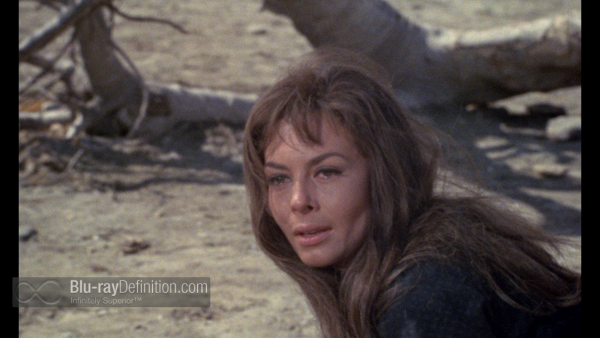 I honestly did not know what I was getting into when I popped in Cemetery Without Crosses. It doesn’t follow all of the spaghetti western rules to a “T” but what you do get is a morose tale of retribution. It’s equal parts drama with equal parts action and very minimal dialogue by the primary cast. This Arrow Video release should be a crowd-pleaser, but you need to get through the first ten minutes or so of the beginning in order to really appreciate the film transfer.The early black and white footage does the film no favors. The extras are nice, but could have been beefed up a bit. In any event, if you’re a western fan then this is required viewing. 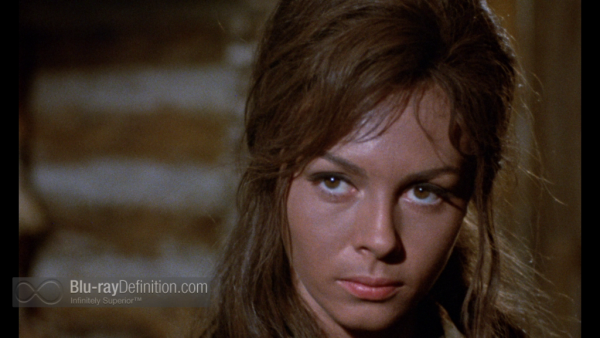 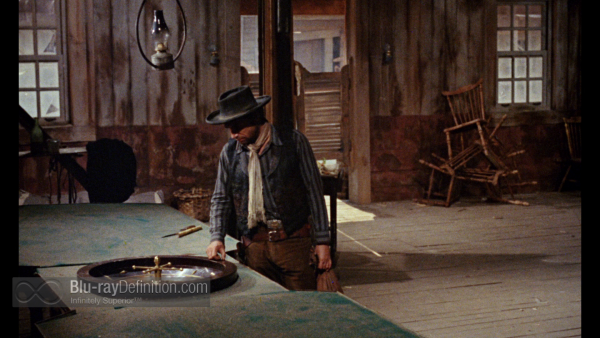 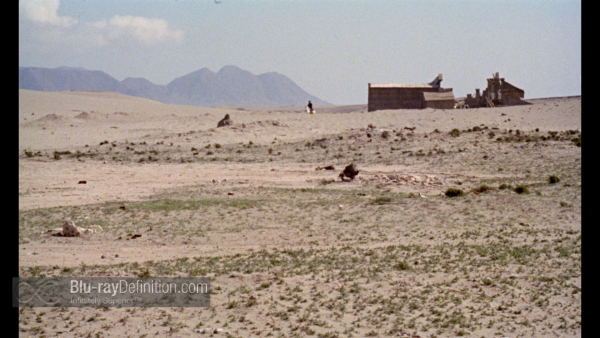 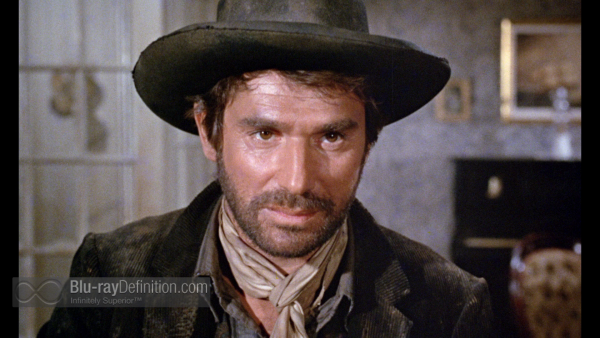 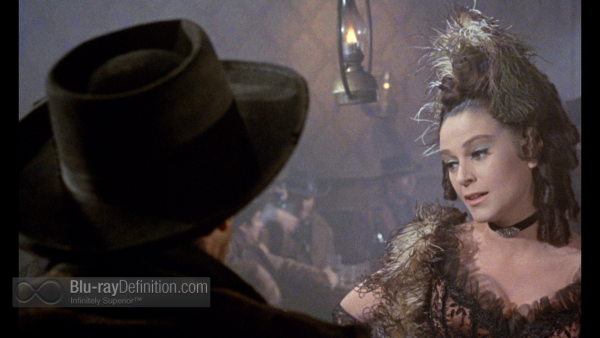 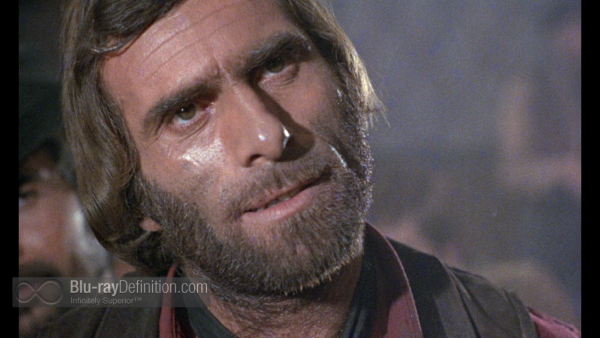 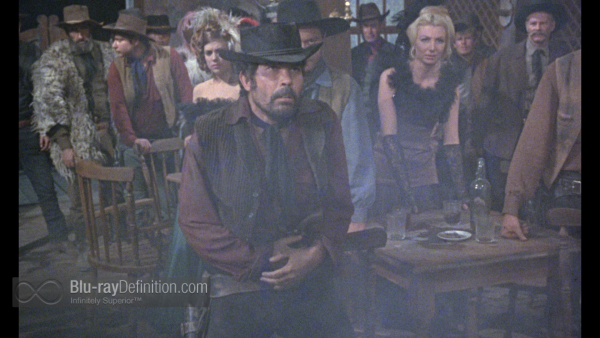 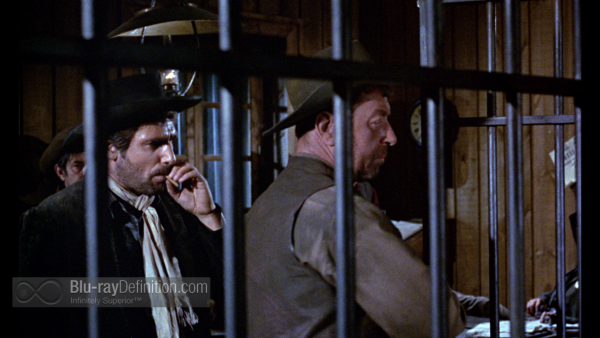 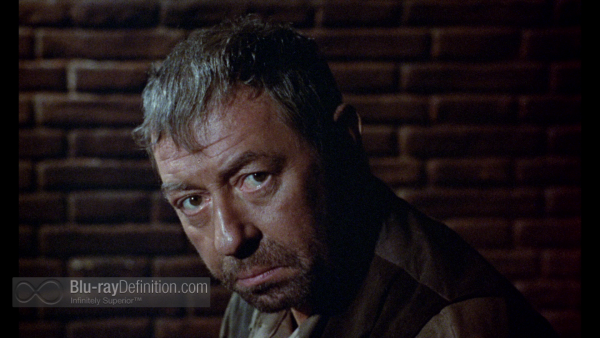 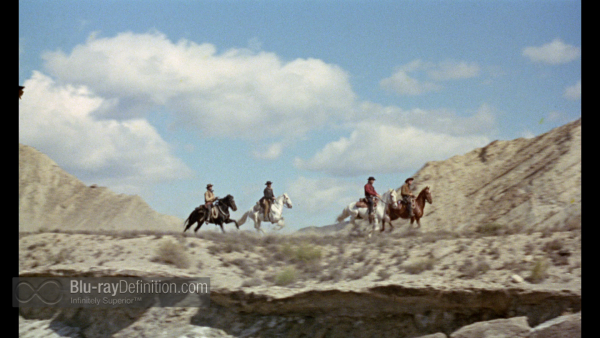 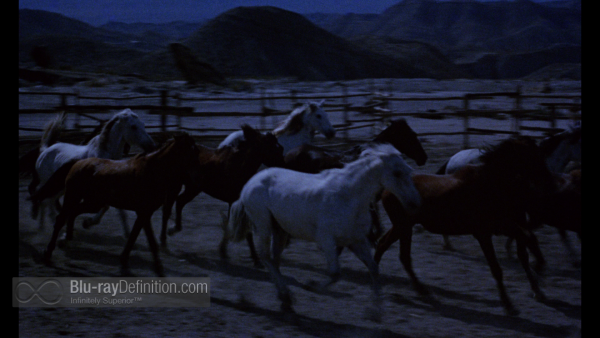 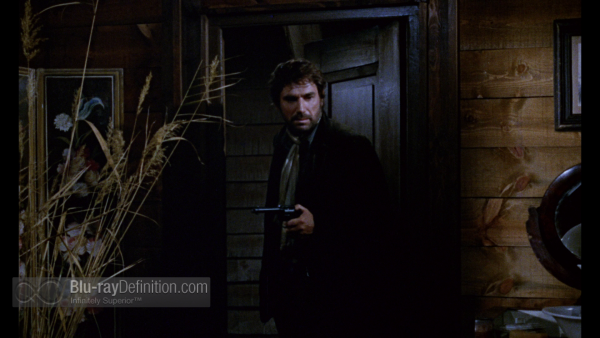 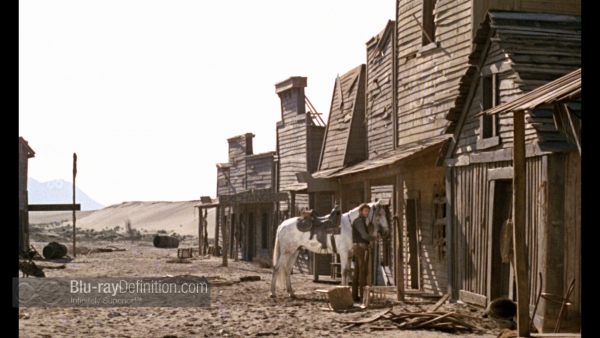 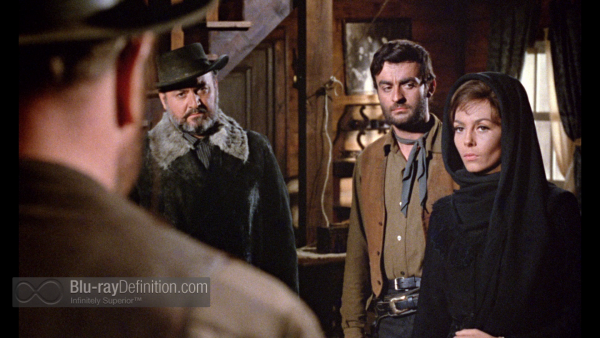 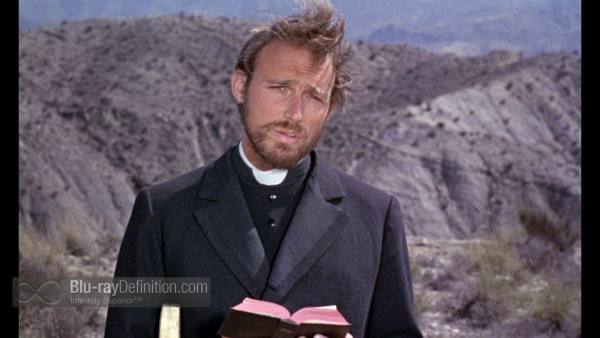