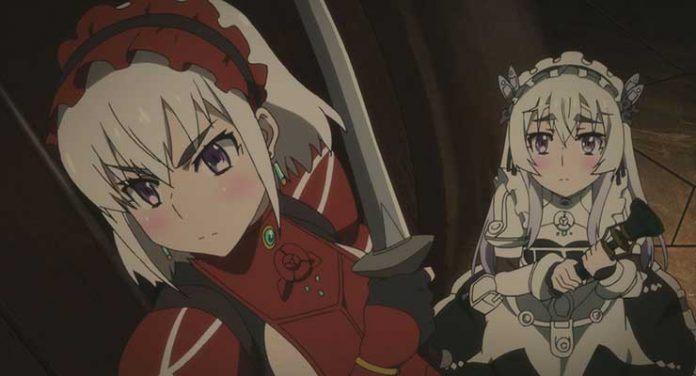 This sequel to Chaika: The Coffin Princess, lays it all on the line for fans of the original series. Chaika Travant continues her search for the remains of the fallen evil Emperor Gaz with her aides, the saboteurs Toru Acura and Akari Acura at her side. The Red Chaika also continues her search for Emperor Gaz’s remains and her quest to kill the Heroes that killed Gaz. Meanwhile, Gillette Corporation is still after both the Chaikas, but there is a plan left by the emperor that White Chaika, Toru and Akari set out to uncover. This plan will reveal all the hidden truths behind the remains, who or what the Chaika’s really are, and eventually lead to a world-threatening showdown with another, Black Chaika thrown into the mix.

This action-packed mixture of fantasy, sci-fi and loli-goth romance is jam-packed with doom, a nihilistic villain, jaw-dropping revelations and last-minute plot twists. The animation mostly lives up to expectations, although there are some minor quirks in the character designs like some varying body dimensions on Red Chaika and sometimes-weird looking profiles of the characters. The action sequences are really where the meat of this series lies, however, and they don’t disappoint.

Although this one seems to have pretty much wrapped up and revealed everything there is to reveal, it would be interesting (and fun) to see these characters together again in another series, if done well. Knowing how anime operates, even a seemingly closed plot can be open-ended through some pretty acrobatic manipulations of time and physics to bring back the dead. 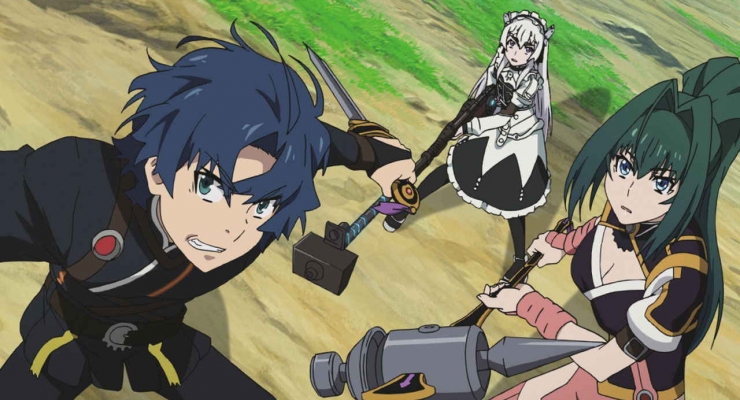 The AVC 1080p encoded, 1.78:1 framed digital animation for Avenging Battle looks very good, but not without the slightest of issues. Mostly I found it to be just a little on the softer side and the colors at times to be just a bit lacking in saturation. Apart from that, it was mostly free from noise and any sort of jaggedness around the line art.

The original Japanese-language soundtrack is included in DTS-HD Master Audio 2.0 stereo, additionally there is an adequate English dub also in DTS-HD Master Audio 2.0 stereo. The sound between the two mixes is comparable and nearly indistinguishable to my ears on my sound system (see my profile for details on my reference system). The imaging is wide and dynamics are strong. Dialogue sounds clean and there’s a good bit of midrange punch. I like the mixture of Chaikas in both the English and Japanese voice casts, but other elements of the English cast don’t work too much for me and sound a little hammy. The subtitles seem okay without major typos, which have been an issue with a lot of Sentai releases I have viewed in the past.

Clean opening and closing animations plus the 2015 OVA “The Target Coffin/Ruins Resurrected” are included.

I liked this second season of Chaika: Coffin Princess – Avenging Battle. It took the characters on a revelatory journey of self-discovery, plus it delivered the goods on action. It’s also nice that it brought the Chaika “sisters” together for more cooperation, potentially setting a different direction for any further entries in the franchise. The Blu-ray release from Sentai Filmworks is a pleasing one, even if it’s not absolutely top-tier.